John W. Henry may not be a household name, but if you’re in the sports business, especially on the East Coast, his is a name that is almost certainly familiar. As the owner of major sports clubs, businesses, and a star dealmaker- his Boca Raton home is a perfect fit. 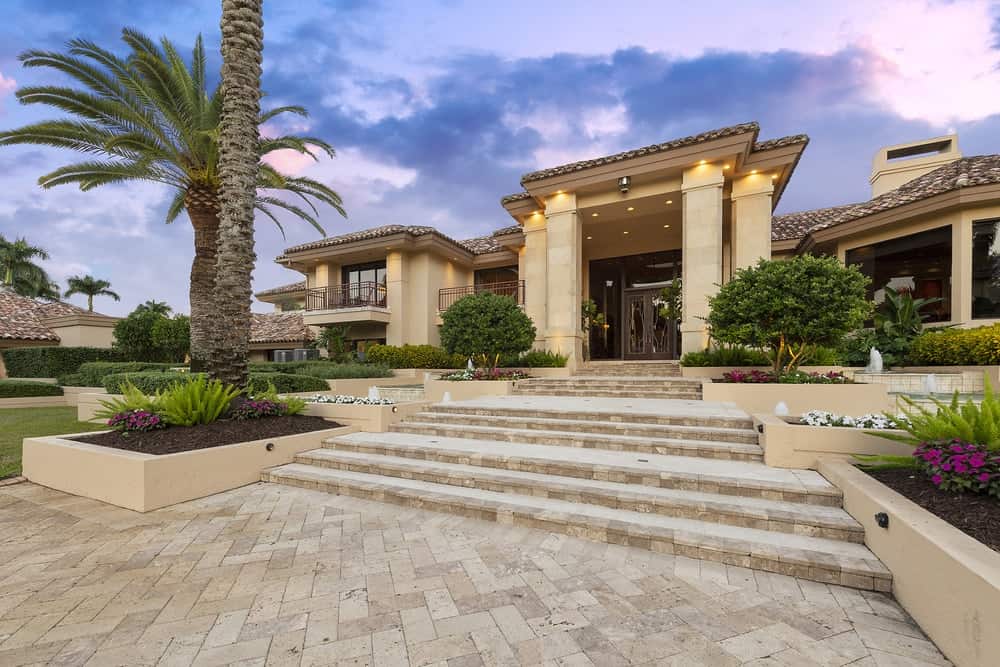 John W. Henry is a wildly successful American investor and businessman. He is the owner of the Boston Red Sox, the Liverpool Football Club, The Boston Globe and is part owner of Roush Fenway Racing. If there’s one thing we can say about Mr. Henry it’s that he loves sports, and if there are two things – it’s that he loves making money on sports.

The self-made Florida millionaire is also the owner of a $25 million home in Boca Raton in a 200-acre community called Le Lac. The home was built in 1995 on a 41,000 square foot floor plan on 6.3 acres of land overlooking a beautiful stretch of lakefront. The home is currently up for sale, listed at the above price.

Standing in the front garden we find palm trees, and a tiled driveway leading up to a front entryway finished in pillars, steps, stone, and marble. The home was inspired by Japanese architecture, with climate-controlled spaces – which is a pretty reliable way to craft a highly sought-after property.

The interior of the front entryway is as airy as it is clean, with hardwood steps and floors, expensive windows and sliding glass doors and decoration that is suggestive of Japanese styling without being too overtly so. A small, but Japanese inspired chandelier hangs a few feet within the front door and could not be more well suited for this space.

Coming away from the main entryway is what we could only describe as an extended entryway. Complete with a curving staircase, a sprawling upper level, a roamingly huge hardwood floor space, and sky-high ceilings. This space appears to have been designed for greeting large groups of guests for business or entertaining purposes. A set of causeways lead off to the left and right, imploring the entrant to explore further.

The wide and bright living space is overlooked by the primary bedroom which is contained in a “skybox” like glass-encased protrusion for the primary of the house to overlook his guests at his leisure. The living room floor is a solid piece of white marble which defies the imagination as to how they moved it in. The rear wall of this room is a massive window, the size of an average movie theater screen, which overlooks an outdoor pool area.

If you had followed the left causeway mentioned earlier, you would find a sitting area outfitted in marble, gold coffee tables and a wrap-around window the size of the one in the living room, but with wrap around sides which effectively double its size. From here, we can see that the upper level in the extended entryway is open to this room on its opposite side and is accessible from here via a solid wood spiral staircase.

One gets the impression that Mr. Henry felt the need to address his guests frequently, and he can certainly do that here. But it’s understandable since there’s no doubt that business deals of epic proportions are hammered out in this space.