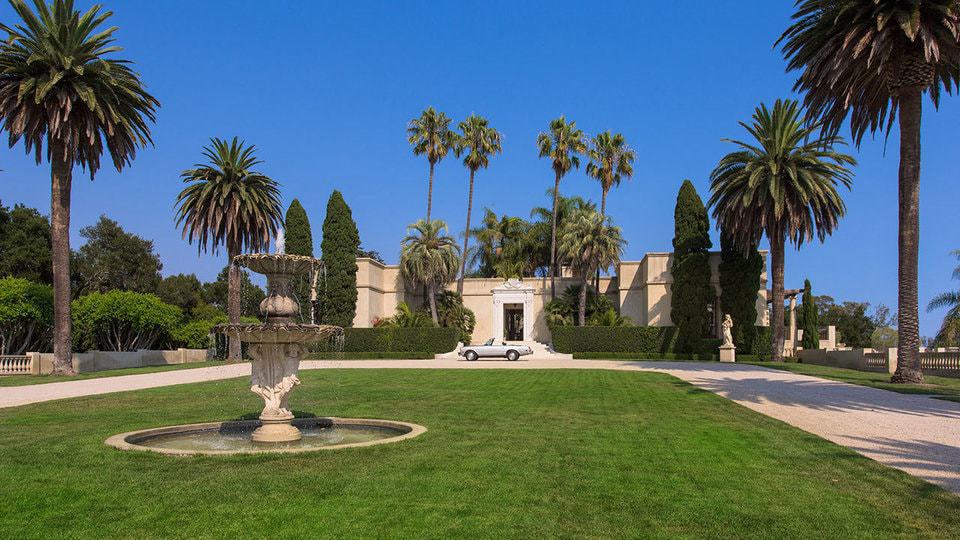 The historic mansion in California owned by Frederick Forrest Peabody is now on the market. The mansion, named Solana, was constructed in 1913 and renovated in 1999 and is now for sale priced at $40 million.

The mansion is measured at 22,729 square feet with several bedrooms, bathrooms, large formal rooms for entertaining, a huge kitchen with fireplace, dining area, and family room. The mansion also boasts of an 18th-century French limestone fireplace, antique crystal chandelier, including a beauty salon, fitness center, wine room, and a library. The structure is then surrounded by eleven acres of grounds containing a guest house, a pool, and cabana with sauna and two baths, four named terraces with amazing scenic views.

Solana Mansion is listed by Stefan Pommepuy, Santiago Arana and Mauricio Umansky of The Agency in Beverly Hills.

One of California’s most historic homes and timeless architecture, the Peabody Estate, or Solana as it is named, is for sale. Perched on a peak at the tip of Montecito with staggering 360-degree views and several acres of gardens, it has been listed for $40 million.

Over a century ago, Frederick Forrest Peabody was one of the country’s wealthiest men. He was a partner at Cluett, Peabody and Co., the manufacturer of the popular Arrow shirts and was responsible for the big change in men’s fashion from rounded shirt collars to the pointed collar. Their advertising campaigns that focused on the debonaire depiction of The Arrow Man reached coast to coast. The ads became so popular that fans began sending the fictional icon fan mail.

Even though The Arrow Man campaign didn’t reach its pinnacle until 1920, Peabody’s wealth grew along with Arrow shirt sales. By 1909, he was already thinking about building a mansion of quality in the best location that would represent his social status. The land he purchased was several acres on a knoll in Santa Barbara at the tip end of Montecito with uninterrupted views of the Pacific Ocean, the Santa Barbara city lights and the Santa Ynez mountains. In 1913, construction began and Peabody claimed a new status as one of the four “hilltop barons” of industry.

Peabody died in 1927 and the property later became the headquarters for the Center for the Study of Democratic Institutions, a think tank where world leaders and scholars would gather to discuss societal problems. Attendees included John F. Kennedy, Martin Luther King, Jr., and Henry Kissinger.

New owners, former executives of Amway, purchased the estate in 1999 and began a three-year massive restoration of the 22,729-square-foot structure, bringing the house well into the 21st century and restoring the equally impressive grounds. Now with seven bedrooms and twenty baths, the mansion encompasses large formal rooms for entertaining, a huge kitchen with fireplace, ceiling beams of salvaged blue pine from a pre-WWII Canadian airplane hangar, marble countertops, dining area, and family room.

The primary suite has an 18th-century French limestone fireplace, antique crystal chandelier, and his-and-her closets and bathrooms. Also included are a beauty salon, fitness center, wine room, and a reception room/library paneled in French oak from a William Randolph Hearst mansion. The eleven acres of grounds contain a two-bedroom, two-bath guest house, a pool and cabana with sauna and two baths, four named terraces – each for a different view, an orchid house/art studio and a spectacular terraced rose garden containing over 500 rose bushes.

Now ready to march into the next hundred years, Solana is priced at $40 million, listed by Stefan Pommepuy, Santiago Arana and Mauricio Umansky of The Agency, Beverly Hills. 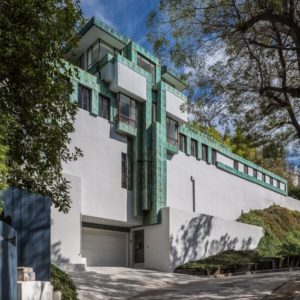 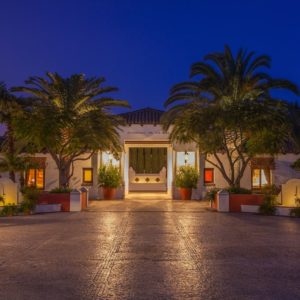