The home boasts five bedrooms and eight bathrooms with a traditional-style embracing modern amenities along with original craftsmanship. 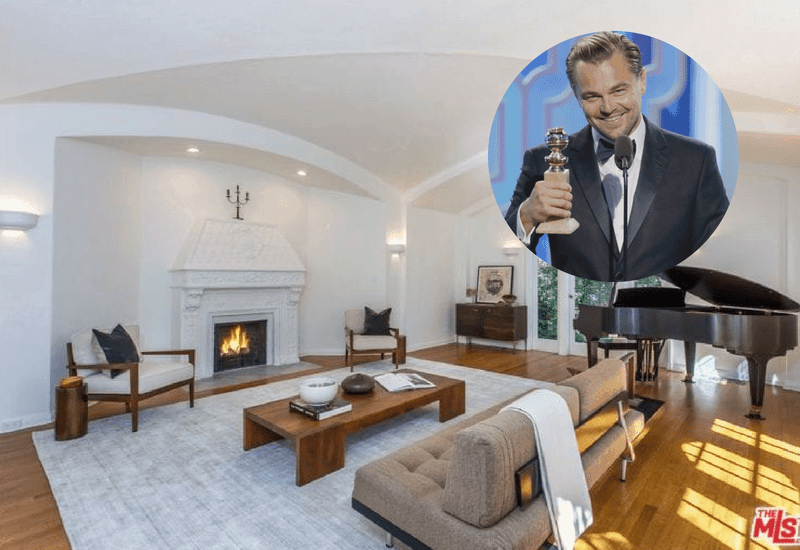 Leonardo DiCaprio is an Oscar-winning actor known for his edgy and unconventional roles. He started in television before carving out his name on big films such as Titanic, The Wolf of Wall Street and The Revenant.

DiCaprio started to prove his acting excellence back in his teenage days. Showing that he’s not just a pretty-face boy, he successfully held his own on screen against acting heavyweight Robert De Niro on their film “This Boy’s Life”, a film showing the difficult relationship between a young boy and his abusive stepfather. After that, he followed up by portraying a child with mental disabilities in the film “What’s Eating Gilbert Grape?” in 1993, co-starring Johnny Depp. His excellent performance led him to an Academy Award nomination for Best Supporting Actor. He then retained his brilliance on screen, starring in multiple films in the following years such as playing Romeo in William Shakespeare’s tragic love story “Romeo and Juliet.”

But DiCaprio’s biggest break was in 1997 when he played Jack, a poor artist who falls for the rich and beautiful Rose (Kate Winslet) on board in the film, “Titanic,” which earned countless praises and was listed as the most expensive film ever made at that time. “Titanic” was a huge success, garnering 14 Academy Award nominations and won 11, bagging special honors as Best Picture and Best Director. “Titanic” was the first film to reach the billion dollar mark in international sales as well.

Upon gaining immense fame and becoming a world-famous actor, DiCaprio continued his dominance in acting industry, demonstrating his versatility by working on crime and thriller films such as “Catch Me if You Can,” “Gangs of New York,” “The Aviator,” “Blood Diamond” and “The Departed,” taking home Academy Award nominations multiple times. DiCaprio followed up big time in “Django Unchained,” teaming up with Jamie Foxx, Kerry Washington and Christoph Waltz. In 2013, “The Wolf of Wall Street” earned DiCaprio a Golden Globe for Best Actor, along with Academy Award nominations for Best Actor and Best Picture by portraying Jordan Belfort, who gained notoriety for defrauding investors while filling up his own pockets in the 1990s.

In 2015, DiCaprio finally won an Oscar Award for Best Actor in the film, “The Revenant” for his portrayal of Hugh Glass, a frontiersman in 1820s forced to endure the wilderness after being left for dead.

The home boasts five bedrooms and eight bathrooms with a traditional-style embracing modern amenities along with original craftsmanship. Measuring at 4,464 square feet, the home is filled with hardwood floors, towering ceilings and grand public rooms.

The house offers a large foyer leading to a beautiful living space with a high ceiling and a well-placed fireplace along with a grand piano on side. The spacious kitchen boasts smooth marble countertop lighted by multiple recessed ceiling lights. Two en-suite primary bedrooms are waiting upstairs featuring chic bathrooms and spacious closets.

There’s also a guest suite that offers own full bathroom and a steam room while a lush landscaping spreading to 9,704 square feet surrounds the stylish and elegant swimming pool and spa, completing the beautiful outdoor of the already stunning property.

Check out the full photo gallery below of Leonardo DiCaprio’s home.

CelebsNetWorthToday.com estimates his fortune at $245 million.