Beaver Dam Farms, the property and dream home designed by country music legend Kenny Rogers, recently sold for $3.5 million at auction by the listing agent, the Accelerated Marketing Group. It is located near Athens, Georgia, and features tons of amenities on over 900 acres of land. 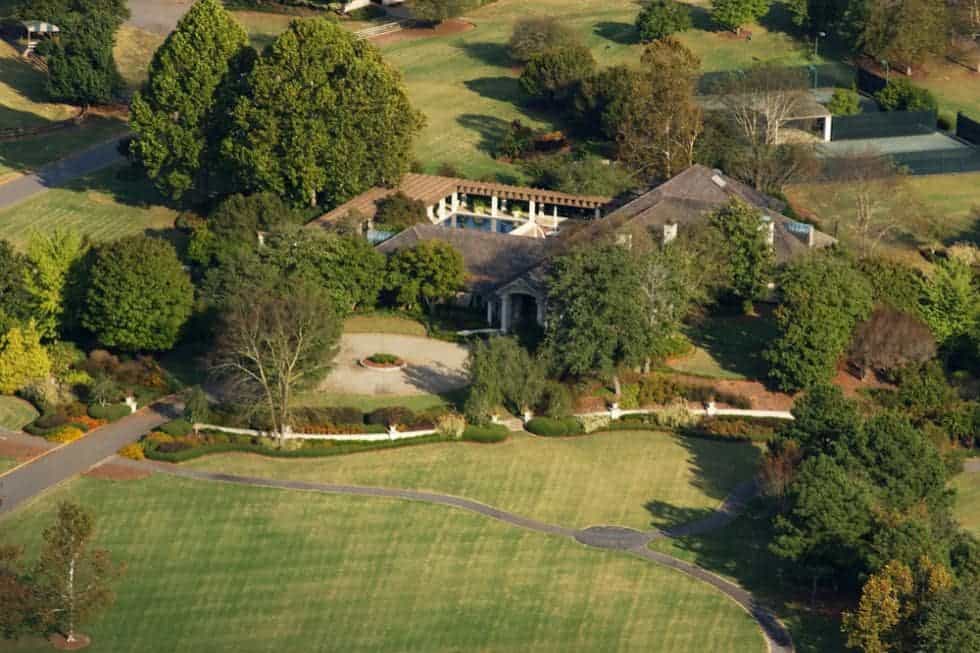 “Lucille,” “Islands in the Stream,” “Lady,”  and “The Gambler” are just a few of the many hits that country music legend Kenny Rogers churned out during his career of many decades. The award-winning musician and singer retired to spend more time with his wife and young identical twin sons and embarked on one last tour, The Gambler’s Last Deal Tour, across the United States, Philippines, Thailand, the United Kingdom, and Ireland came when he was 77-years-old. He was a world-famous music icon and restaurant owner who had been in the spotlight since he started out as a teen rocker in the 1950s. 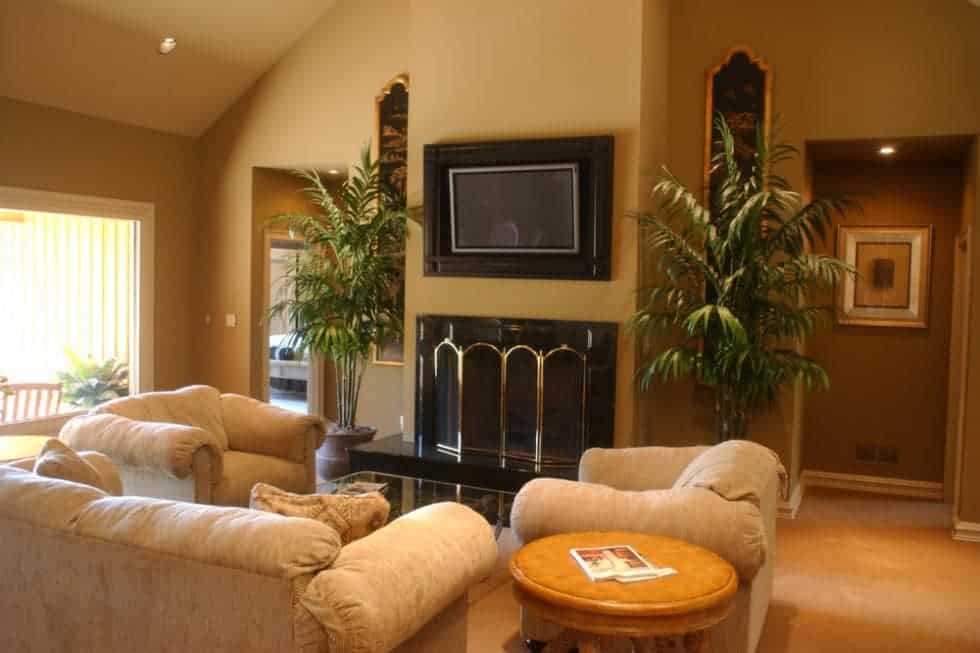 This is the living room area of the main house that has beige walls to match the beige sofa set across from the fireplace adorned by potted plants. Image courtesy of Toptenrealestatedeals.com. 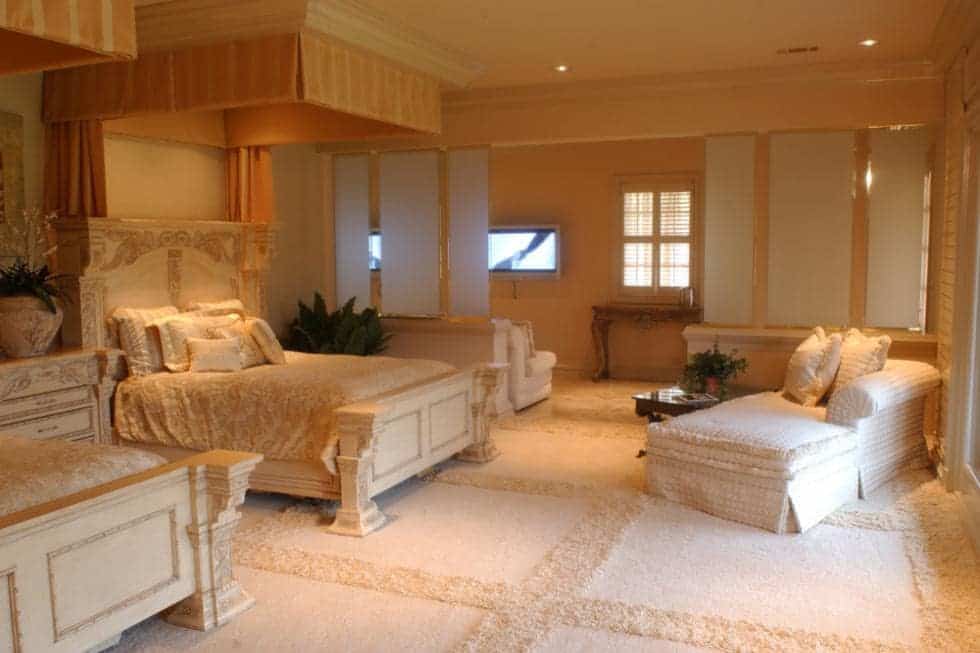 The primary bedroom of the main house has a consistent beige tone to its walls, ceiling, floor and the bed that is bordered with frosted glass dividers to separate it from the sitting area. Image courtesy of Toptenrealestatedeals.com. 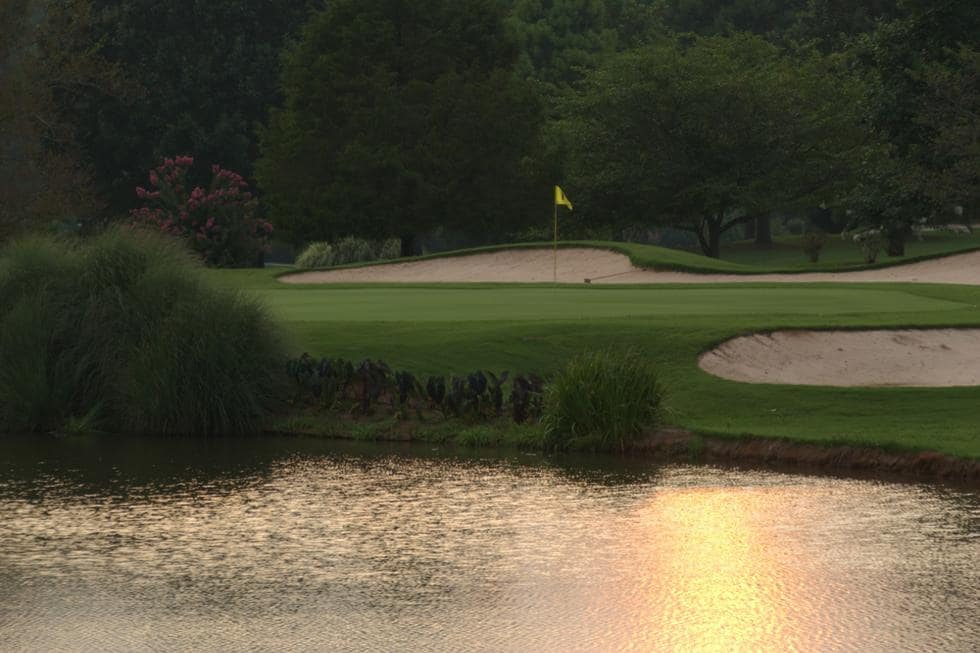 This is the large professional-size 18-hole golf course inside the property with well-maintained grounds surrounded by tall trees. Image courtesy of Toptenrealestatedeals.com. 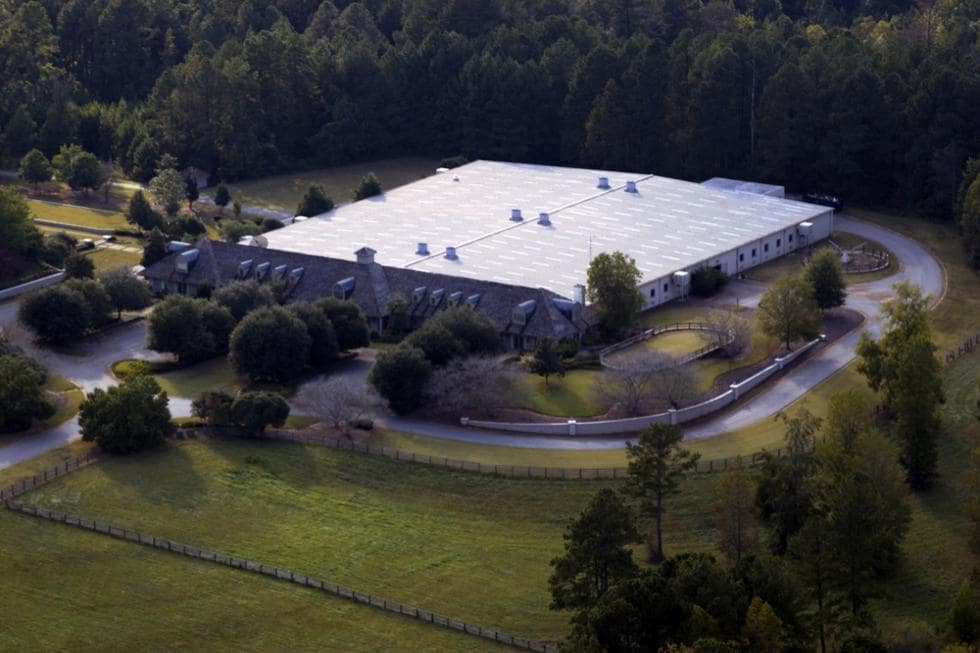 This is an aerial view of the large equestrian center and arena that has a total of 44 stalls. Image courtesy of Toptenrealestatedeals.com. 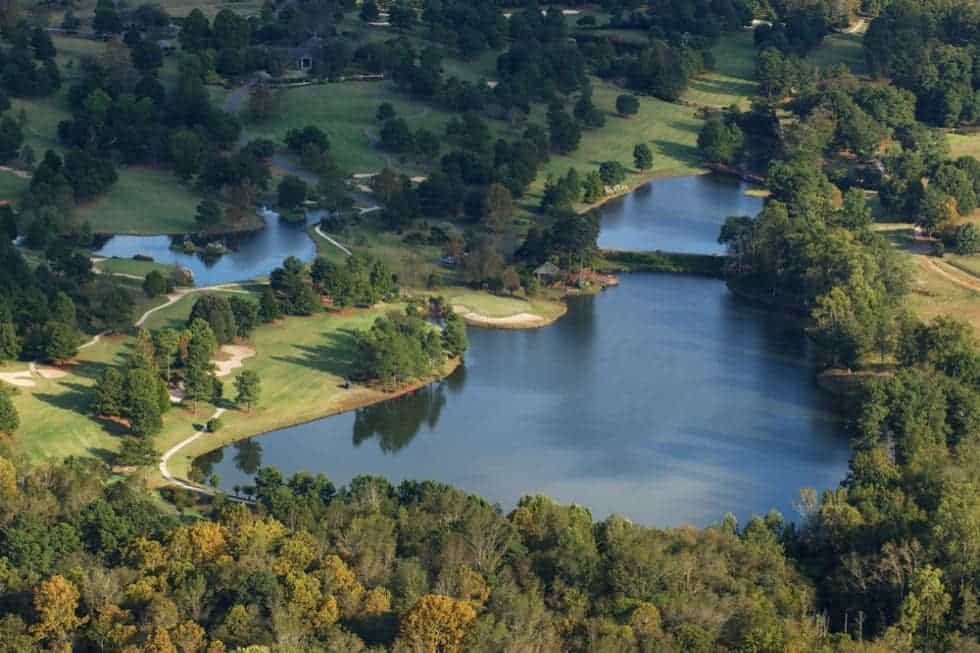 This is an aerial view of the large well-stocked fishing pond surrounded by lush landscaping. Image courtesy of Toptenrealestatedeals.com.

Kenny Rogers had come a long way from his childhood years growing up in the projects of Houston, Texas. He sold over 125 million records throughout the world and penned, sang, and recorded over 24 hit singles throughout his lengthy career.

He was the recipient of several Lifetime Music Achievement Awards and was inducted into the Country Music Hall of Fame in 2013, a few years before he lost his battle with bladder cancer on March 20, 2020, at the age of 80.

His farm called Beaver Dam Farms includes 973 acres of beautiful land and was a dream come true for the music icon when he purchased it decades ago. It boasts three spring-fed lakes, a 12,000 square-foot main house, five guest houses, an equestrian arena, two swimming pools, a clubhouse near one of the lakes, two clay tennis courts, an 18-hole golf course, a fully-stocked lake for great fishing, and plenty of woodland trails and beautiful gardens to enjoy.

The main house on the property is a 20-bedroom mansion that includes a primary bedroom and master bathroom. A movie theater and billiards room provide plenty of entertainment for family and friends and there are two gyms for keeping fit. A conference center is also available for business meetings.

This amazing property is located near Athens, Georgia about 90 miles from Atlanta, and was designed by Rogers himself as the home he had always dreamed of owning. In 2003, Rogers sold the property to a guest ranch and sportsman’s lodge owner, Weston Adams, who used the property as a private home for himself and his family for a few years before changing it up and marketing it as a resort with full accommodations that included spa service and event rentals.

After Adams died in 2011, the property was put up for auction and Rogers helped to promote the sale of this amazing farm that was valued at around $35 million. The auction was held by the listing agent, the Accelerated Marketing Group, on July 9th and this amazing property was sold for around $3.5 million to the highest bidder although it had previously been listed at $20 million.

Although it has a new owner today, Beaver Dam Farms will always be known as the farm Kenny Rogers designed and built as his dream home.