Ed McMahon set the standard for talk show co-hosts during his career as co-host to Johnny Carson. But the gregarious Ed McMahon played host to many popular shows. He was also the owner of a one of a kind Hollywood mansion which bears both his public and private his personae. 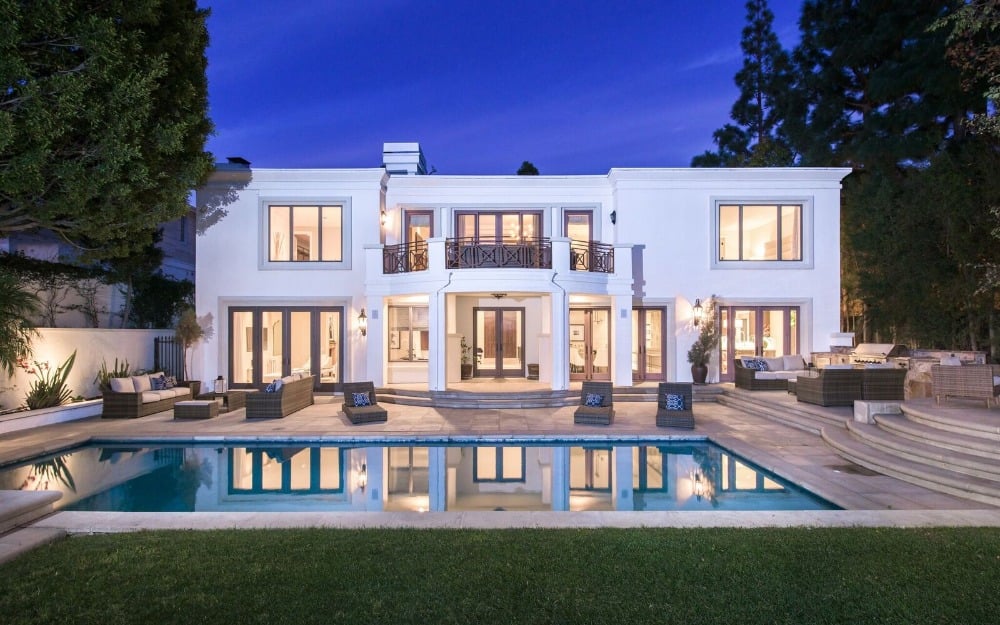 Born in 1923, Ed McMahon is most famous for his long stint as the co-host for the Tonight Show during the show’s heyday when Johnny Carson served as the beloved host. McMahon also had a long career as a TV announcer and played host to many popular programs over the course of his long career. The youngest people familiar with him may know him as the face of Publisher’s Clearing House, an organization that gave prizes to a random assortment of private citizens well into the late 1980s. 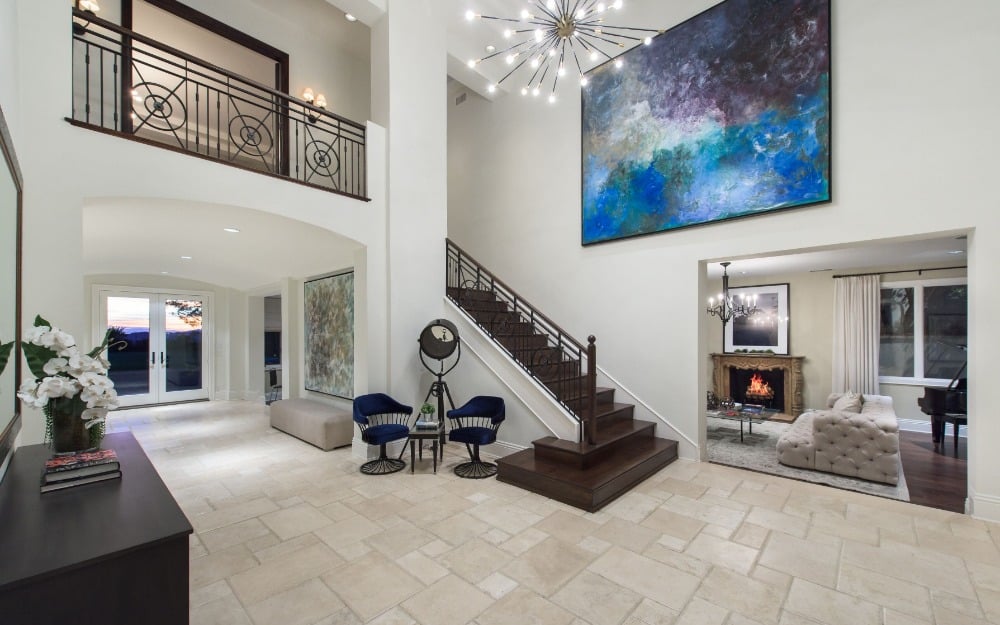 A look at the entry foyer of the house leading to the home’s formal living room. Images courtesy of Toptenrealestatedeals.com. 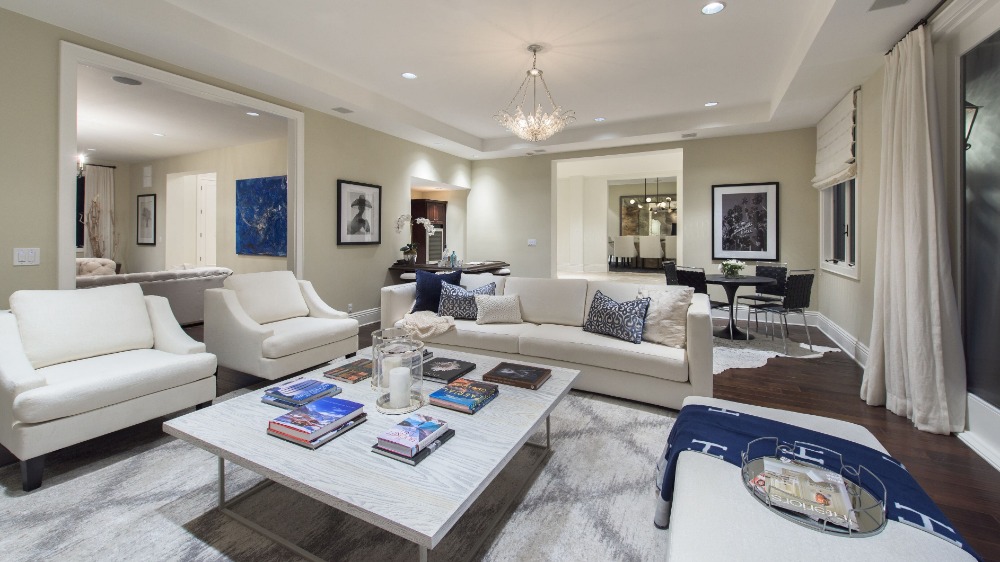 Great room featuring a set of comfy seats with a white center table on top of a stylish area rug. Images courtesy of Toptenrealestatedeals.com. 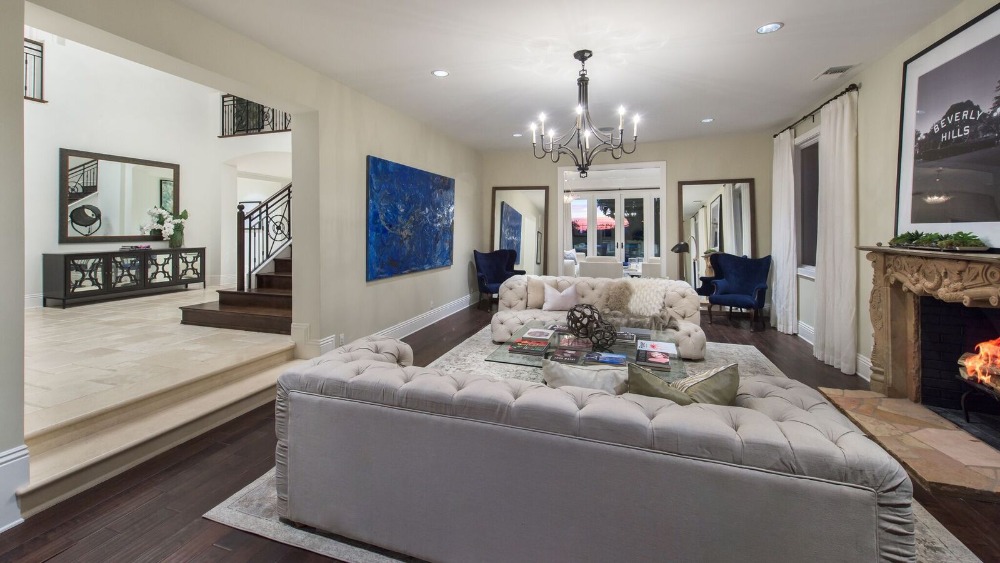 This is the home’s formal living room with a pair of luxurious couches and an elegant fireplace. Images courtesy of Toptenrealestatedeals.com. 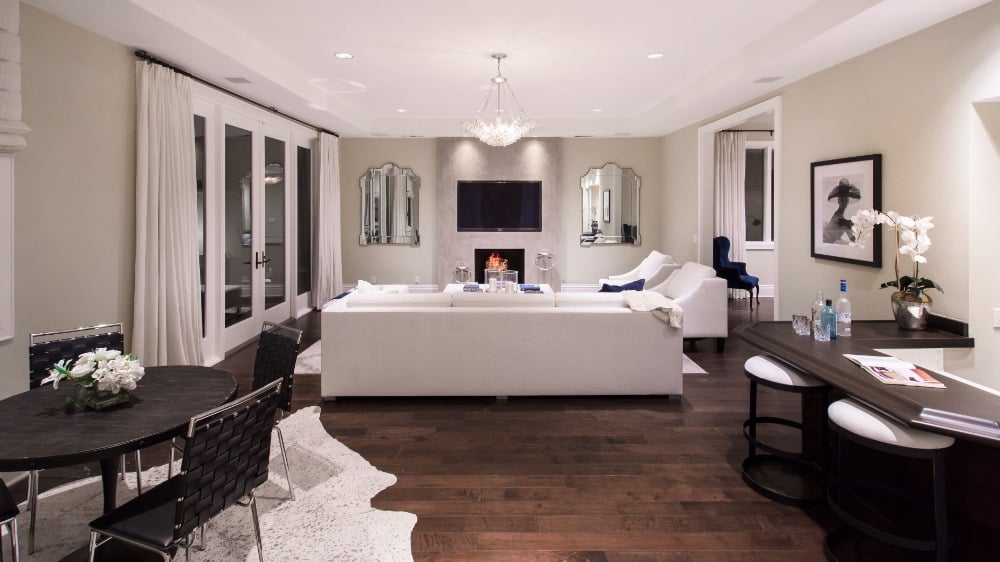 A family living space with a set of white seats, a fireplace and a large flat-screen TV on the wall. Images courtesy of Toptenrealestatedeals.com. 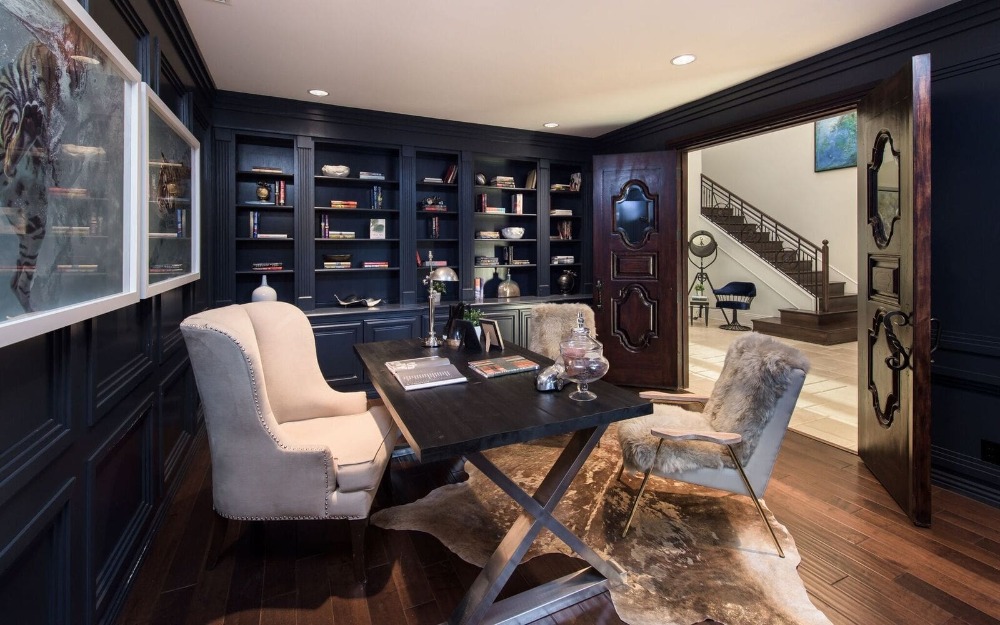 Home offce with a gorgeous desk and chairs setup surrounded by espresso-finished walls with built-in shelving. Images courtesy of Toptenrealestatedeals.com. 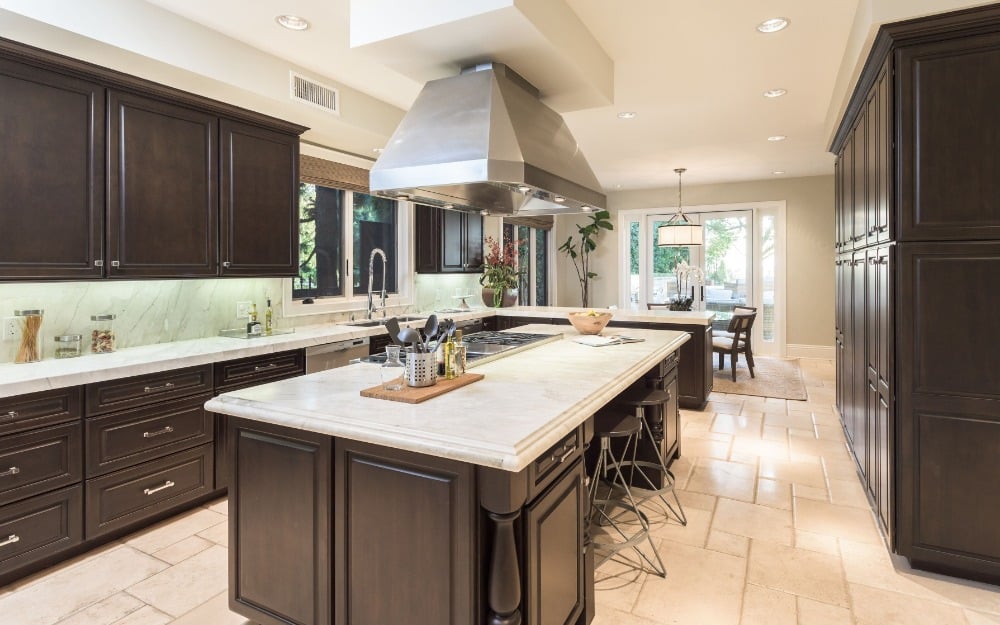 Large kitchen with a white countertop and has a large center island with space for a breakfast bar. Images courtesy of Toptenrealestatedeals.com. 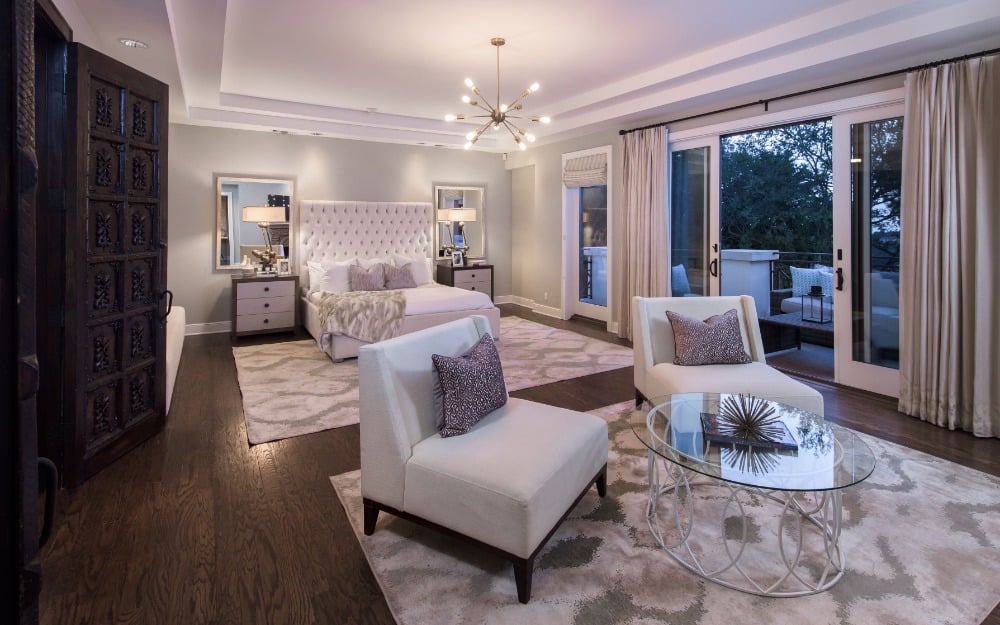 Primary bedroom suite featuring a luxurious bed set with two table lamps on both sides. The room has a personal living space and has a doorway leading outside. Images courtesy of Toptenrealestatedeals.com. 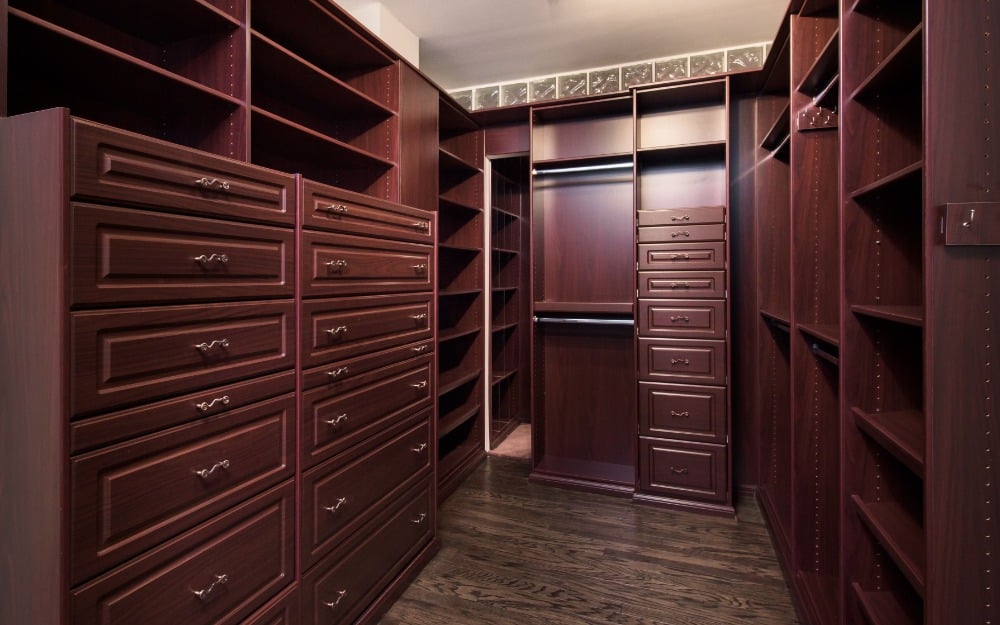 Here’s a look at the suite’s personal walk-in closet. Images courtesy of Toptenrealestatedeals.com. 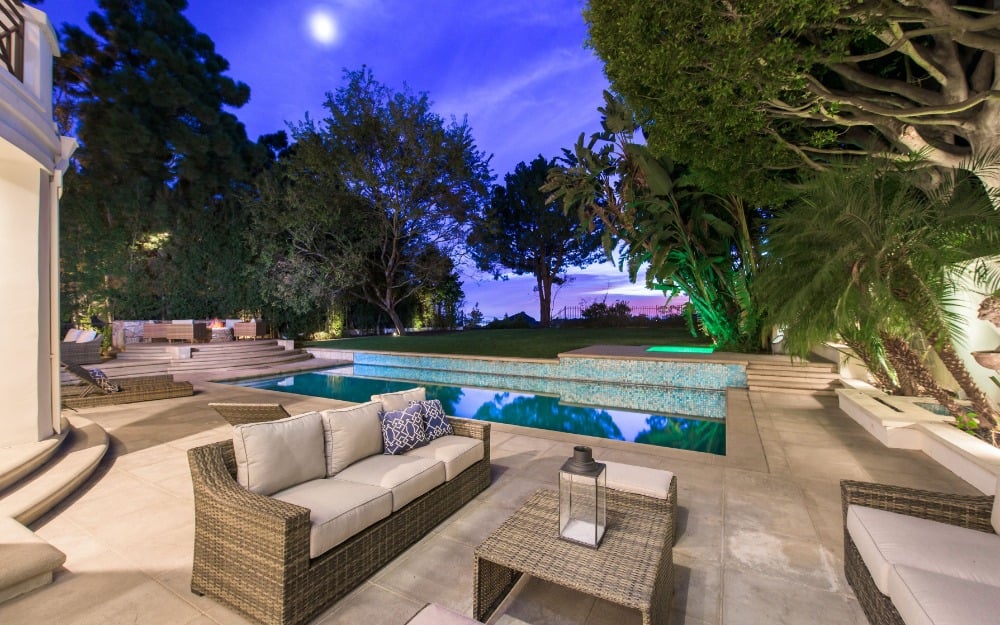 A look at the sitting area next to the home’s outdoor swimming pool. Images courtesy of Toptenrealestatedeals.com. 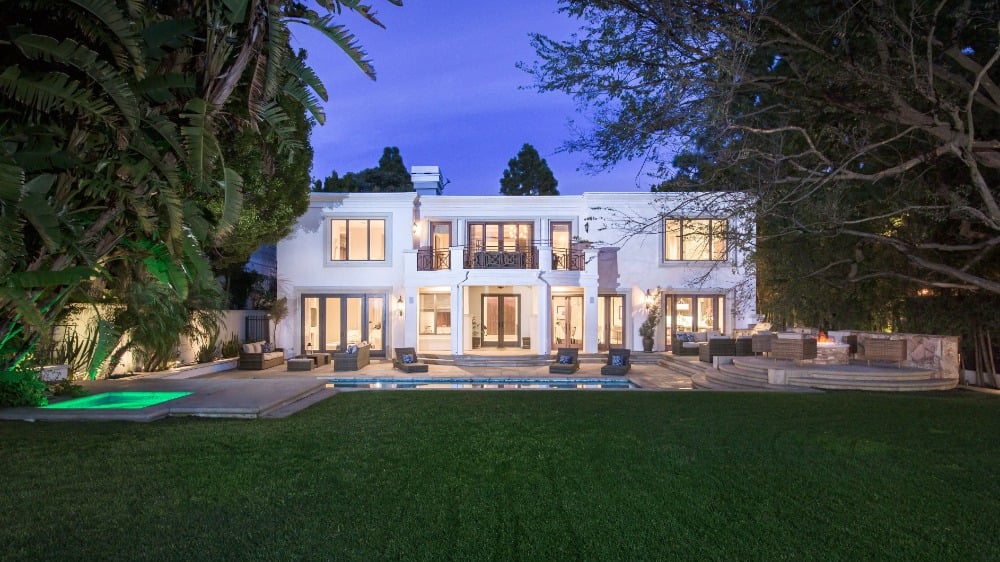 Far away view of the house taken from the lush lawn area. Images courtesy of Toptenrealestatedeals.com.

McMahon was also the owner of a fabulous mansion home in Beverly Hills, CA (where else?). It has been sold and resold since McMahon’s death in 2009 at the age of 86. The home encompasses more than 7,000 square feet, features a long list of luxury amenities, and is currently listed for sale at $6.7 million.

With an exterior profile like an admixture of a stately government building and an artisan office block, the former McMahon home is unique- even among its class. The architecture strikes an unusual balance between being square/imposing and ornate. The deck and pool in the backyard are undeniably opulent, yet still exude the humor and good nature of its former celebrity owner.

Stepping into the entry area, the humility of the structure vaporizes and is replaced with a beautiful- if sterile- formulation of white marble, long arches, and striking features like the steel starburst chandelier and the enormous painting above the entrance to the living room that looks like an artist’s rendering of a nebula as pictured by the Hubble space telescope.

The aforementioned living area exudes all the austerity of a doctor’s waiting room but still manages to be singularly inviting. With off-white couches, a clinically square coffee table, and moldings with machined level exacting right angles, one gets the impression that McMahon craved an atmosphere of sobriety as a contrast to his gregarious public image.

In an adjacent living room, we find a painting similar to the one in the entry area. But this room features larger, more absorbing furnishings than the other, suggesting McMahon wanted to inject some verity into his environment. The two living rooms are separated by a white and glass door in a wall with two large mirrors on either side of the door.

Speaking of contrast, you’ll get a heavy dose of it in the den after viewing the previous two rooms. Here, dark wood and startling images of tigers struggling in water, rule. The desk is a simple wooden surface supported by crisscrossed steel beams.

The main chair is white and sturdy of character while the visitor’s chair is low, small, supported by thin golden legs, and is upholstered in what appears to be bearskin. The decor of this room is clearly meant to make a statement. But whatever that statement may be, we will not hazard a guess here.

The kitchen is functional and spare with dark wood cabinetry and white marble counter-tops. It is both inviting and sterile- somehow. Yet the lingering memory of that haunting office sticks with us.