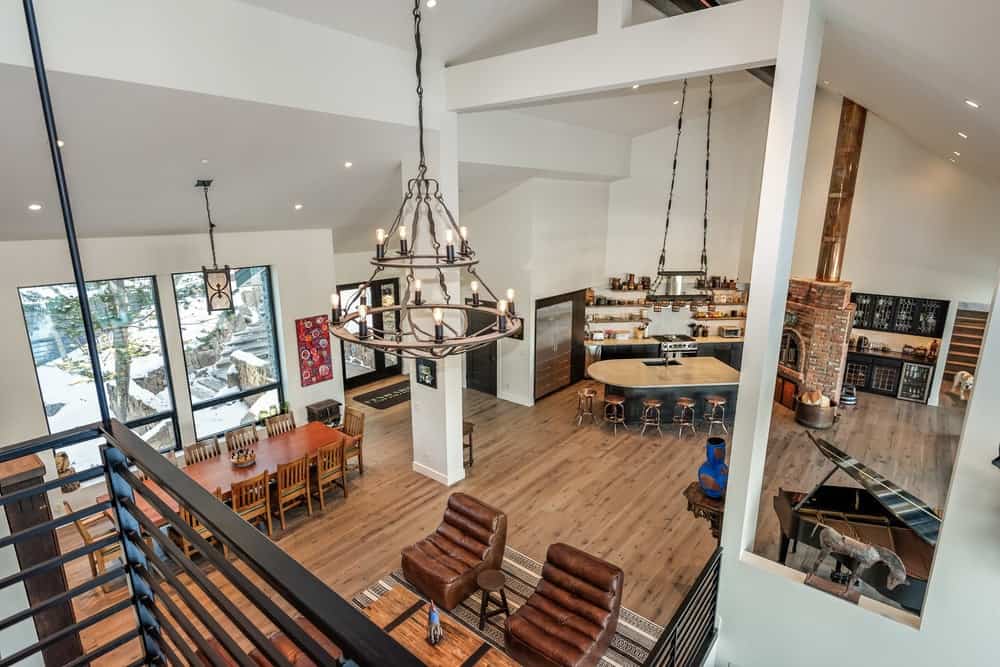 The late John Denver made it no secret that Colorado was his favorite place on Earth. He often wrote and sang about the state he loved so much, including “Rocky Mountain High,” which is one of Colorado’s two official state songs.

“Starwood in Aspen” is another Denver song, written about the custom estate he had built in 1972. Today, the John Denver Estate in Starwood, the “sweet Rocky Mountain paradise” from that song, can be yours for the price of $9,970,000.

Denver was an avid environmental activist and his incredible home is a perfect reflection of that. Situated on a prime 2.61-acre lot in the exclusive Starwood community, the 7,735-square foot estate has sweeping 180-degree views of the Rockies. All four major Aspen ski resorts can be seen from the property, as well as a 70-mile expanse from Independence Pass to beyond Mount Sopris.

The house has five bedrooms, five full bathrooms, and two half-bathrooms, and sits on an ultra-private, heavily-wooded lot. French doors and large picture windows throughout are designed to bring nature in, while a pool and several expansive outdoor decks encourage you to soak up the spectacular surroundings.

The home has changed ownership twice since Denver died in a tragic private plane crash in 1997 in which he was piloting the plane. Shortly after his death, the estate sold for $3.68 million. Then in 2016 it sold again, this time for $2.75 million to longtime Aspen locals. It was reportedly in extremely poor condition and needed to be practically gutted.

Wanting to preserve Denver’s legacy – as well as the home’s, the new owners modernized the house but saved and repurposed many original fixtures. The kitchen’s original leaded glass-front cabinetry and entire stained glass walls throughout the home were restored. Denver’s original pool table still stands front and center in the game room and several pieces of original artwork still decorate the walls.

In the primary suite, the wood-burning fireplace and custom walk-in closet with elaborate see-through cabinets are the originals. The step-down primary bathroom and its vintage circular soaking tub are still there, adding incredibly authentic vintage touches. Perhaps the centerpiece of the entire house, the original standalone brick oven is still the focal point of the kitchen.

Clean architectural lines and an open floor plan with lofted ceilings add the perfect contrast to the home’s rustic touches, creating a feel that is both upscale and cozy.

Homeownership in Starwood in Aspen itself comes with numerous benefits. There are miles and miles of cross-country skiing trails, horse pastures and facilities, 24-hour guarded entry, and hundreds of acres of undeveloped green spaces. The fact that this home was John Denver’s is truly just icing on the cake.