Former U.S. president Chester A. Arthur's historic Sag Harbor, NY estate is on the market for $14 million. The 5,900-square foot, three-story home was built in 1796 and has been beautifully renovated. It features six bedrooms, five bathrooms, and a finished basement level with a media room and wine cellar. 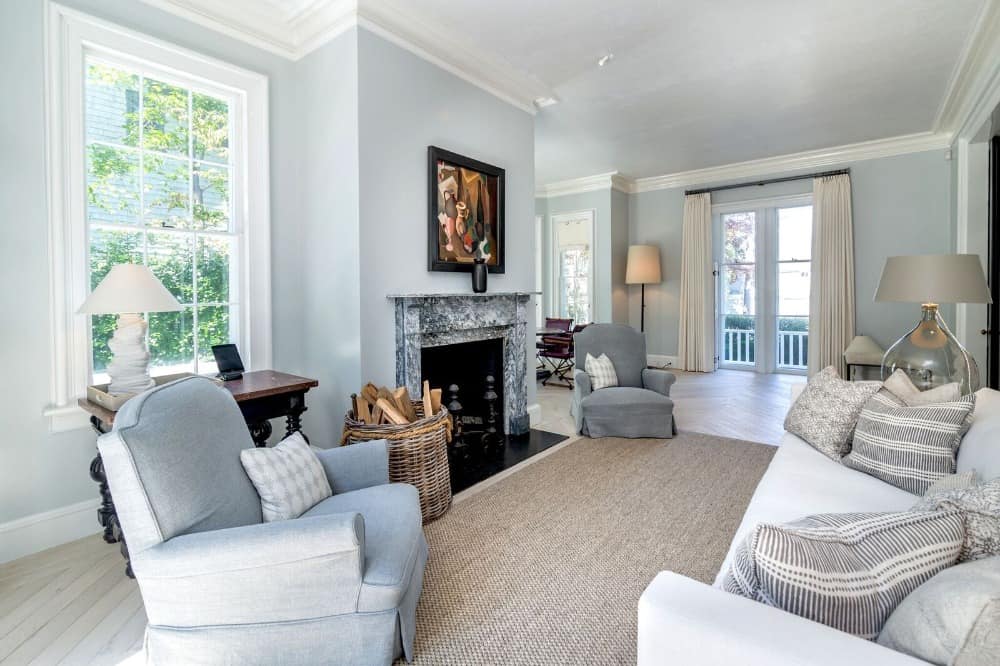 It’s a well-known fact that U.S. presidents enjoy vacationing with their families each summer, usually at a private sprawling estate near the ocean. The tradition goes back to at least the 1800s. One such vacation property is former President Chester A. Arthur’s stunning coastal home in Sag Harbor, New York.

The estate was referred to as the “Summer White House” because the president and his family spent so much time there. Originally built in 1796 for a prominent whaling captain, the 5,900-square foot, six-bedroom, five-bathroom home recently underwent a complete redesign that took nearly three years.

Renowned New York-based architect Steven Gambrel headed up the renovations and today, the house is listed for sale for $14 million.

Gambrel is well-known for his design aesthetics that focus on light and functionality. With that in mind, he retained many of the Greek Revival-style home’s historic details while also opening up the floorplan and bringing more natural light inside, lending a sleek contemporary feel. A library, formal dining, and formal living room on the main floor each feature original fireplaces.

The refinished basement level contains a complete media room with a fireplace and a wine cellar with a dedicated tasting area. On the upper levels, the six bedrooms are distributed throughout the second and third floors, all with views of the charming Village of Sag Harbor.

The farmhouse-style kitchen is a show-stopper, featuring bold geometric-patterned floor tiles and dramatic lacquered black cabinets with gold hardware. It opens into the family room and both rooms overlook the lush gardens and gunite pool.

Indoor-outdoor living is synonymous with the Hamptons and keeping in line with that, there are multiple terraces and al fresco eating areas arranged around the pool. The 1/3-acre lot is heavily landscaped with mature trees, affording an exceptional level of privacy.

Sag Harbor is a unique destination in that it’s both quaint and ultra-posh. It’s situated in both East Hampton and Southampton and attracts throngs of people throughout the year – including many celebrities, yet retains its small-town charm. The community is close-knit, the type of place where families and couples still go for daily walks to get ice cream at night.

The main grocery store has been owned by the same family for decades and all of the streets are lined with beautiful mature trees. President Arthur’s estate is just a short walk down the road from Main Street, the bustling heart of Sag Harbor.

Arthur was the 21st U.S. president from 1881-1885, taking office after President James Garfield was shot and killed. During that time, Sag Harbor was a hub for the whaling industry. A pair of fires devastated the town in 1817 and 1845, but Arthur’s home remained untouched, adding an even more rich history to this already-spectacular estate.

The home has been listed on and off since the summer of 2016, with prices ranging from $13.5-14.2 million. It last sold for $3.5 million in 2014 to the former CEO of clothing company Esprit, Jürgen Friedrich, who was responsible for hiring Gambrel and having the property renovated.