Perry Como warmed the hearts of Americans for more than 44 years of song and stage talent. His career saw him record many staple modern American tunes like “Dear Hearts and Gentle People”- a winsome anthem to home, family, and community. Mr. Como passed in 2001, but he is well remembered- as is his famous $2.9 million Long Island home. 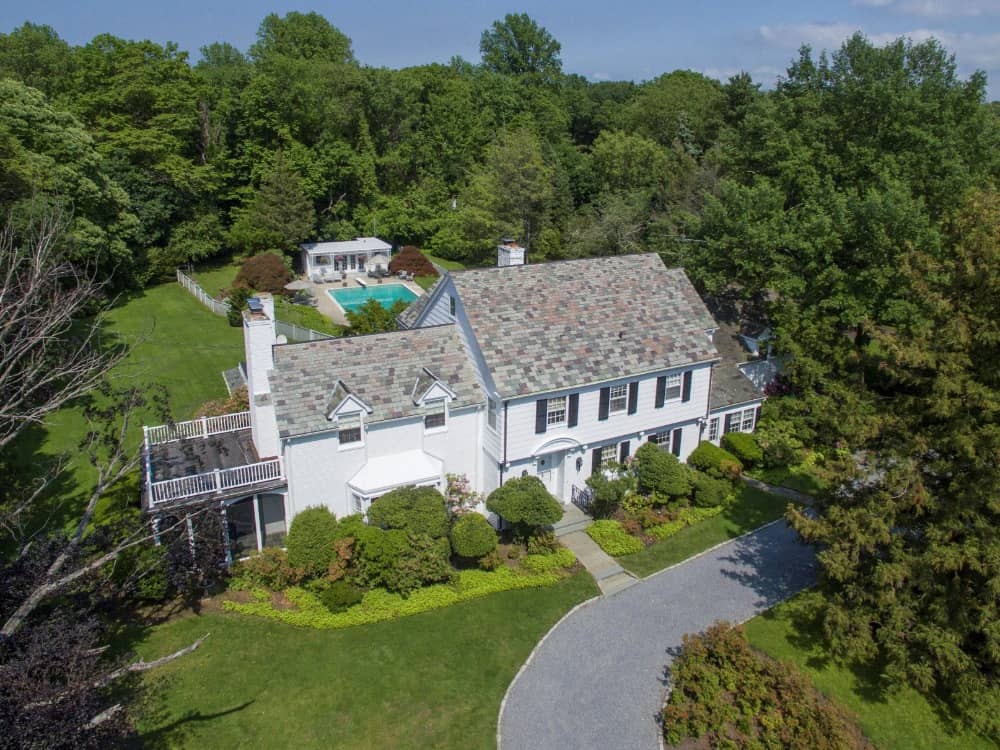 Perry Como was a beloved American singer and actor. He recorded his well-loved discography for just over 44 years under the RCA record label. He sold millions of records and was the creator of a weekly musical variety show.

He won five Emmys throughout his career and shared a Peabody award with his friend and partner Jackie Gleason which they won in 1956. “Mr. C,” as he was popularly called during the peak of his long career, died in May of 2001. Since then, the Como family has held on to his Long Island home.

The Como family has now placed the home, appraised at $2.9 million, on the market for sale. The home features an enormous 15-car driveway, a “Hollywood-style” cabana and swimming pool, five bathrooms and six bedrooms. It is a 4,732 square foot monument to a time when America dreamed big, lived big and enjoyed the glory of having successfully made it through the horrors of World War II by the skin of its collective teeth.

Stepping into the family room, we see classic American style furniture, curvaceous, wooden, quilted, and made complete with the presence of a grand piano just off to one side. On the coffee table stands the bust of a “comedy” mask which looks like something we might see between takes on the Red Skelton Show.

There is no TV in this room- but there’s a place for just about any shade of conversation, a chess set stands at the foot of a large bay window- and dare we say- a feeling of unmitigated wholesomeness. Leading out of the living room is an arched doorway leading to a curved stairwell that is enticing, to say the least.

Should one manage to resist the allure of the stairwell, we can step to the left and find yet another living room- this one quite a bit more modern than the last. The contrast between the two rooms is somewhat like stepping from the 1950s into the 1960s- a time shift that could be said to typify Como’s illustrious career.

This room is larger, more open and dominated by more contemporary-looking leather furniture. A large glass coffee table stands in the center, suggesting that this room is more adult-oriented than the last.

The doorway between the two rooms is a large wood-trimmed arch with a single, heavy beam of stained maple at the top.

Off to the side, neatly tucked away, is a small office with a large but simple work desk, a steel lamp, and a large bookshelf for a backdrop. The office is finished in woodwork with ambient lighting from the ceiling.

In a marked departure from the lightheartedness of the rooms we’ve seen so far, there is a long, narrow dining area with shining hardwood floors, muted gray-blue walls and a long table topped with beige marble.

The rest of the home is finished in cheery, white-painted wood, light-friendly windows- and exudes all the charm that its former owner was famous for.