For such a relatively small job, caulking around windows goes a long way toward keeping your home in good condition and lowering the cost of heating and cooling. 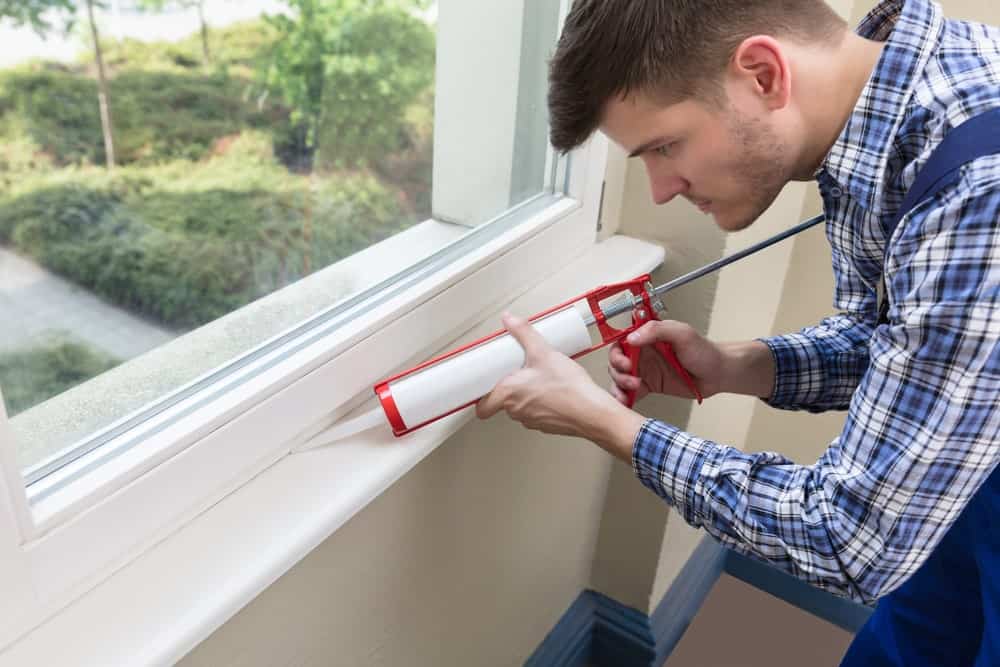 The short and sweet answer to how often you should caulk your windows is as often as they need it. I learned the wisdom of this many years ago. It was a Saturday morning in late October and I had just moved into my very first apartment in an old New York building. Seated at the table next to the kitchen window, I was reading the newspaper and savoring my first sip of coffee when I noticed the top corner of the front page was fluttering. Perhaps I’d seen too many horror films while growing up because my first thought was oh no, this place is haunted!  And when I noticed a chill floating past me, I was sure of it. No, I didn’t look for a new apartment. I came to my senses and realized both the breeze and the chill were emanating from the same source and it wasn’t a ghostly one. It was the window.

I waved my hand in front of it and discovered the point of entry, which was more than a point. It was the entire perimeter of the window. A call to the super, no, several calls to the super, eventually solved the problem. By then I’d discovered the dining room window wasn’t the only one. Every one of the seven windows in the three-room apartment suffered from the same malady — an erosion of the caulking around its frame. And wouldn’t you just know, the one next to the bathtub where I took my morning shower let in the moist air.

It wouldn’t be until the middle of December, in what turned out to be an exceptionally cold winter, that the super finally showed up with his caulk gun. The problem was solved, or perhaps I should say remedied. Caulking the outside of the window frame would have kept more cold outside and me warmer but since the apartment was six stories above the street, it was the best he could do. He was Frank-the-Super, not Batman. However, the experience taught me a lesson that served me well in later years when I became a homeowner.

If there’s anyone out there like, that young me, who had no idea what caulk was, it’s a flexible material used to seal gaps and cracks between a building and its non-moving components. According to the Department of Energy, caulking should not be used on gaps of more than 1/4” wide. Caulking comes in a variety of compositions including

The choice of a particular compound depends on where it will be used.

Why Caulk? Let Us Count The Reasons!

The reasons for caulking can be divided into two broad categories: cosmetic and protective.

The Benefits of Caulking 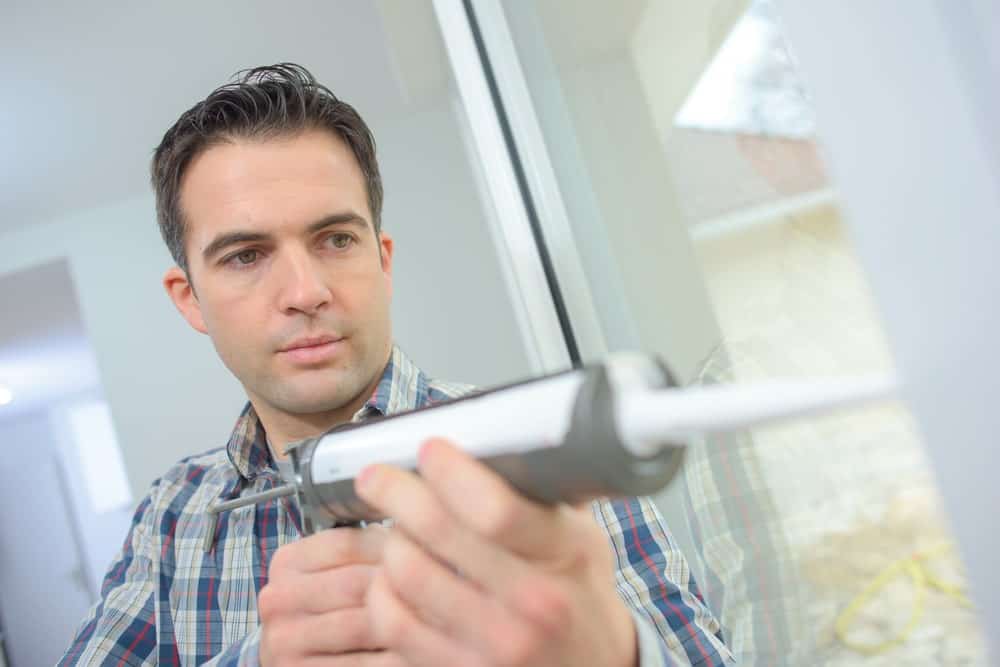 Taking the time to inspect each window for gaps; select the proper composition caulk, and apply it with care is worth every minute it takes when you consider the many benefits it brings.

Caulking Your Windows Creates a Waterproof Seal Around Them

Many materials used in constructing a house do not take well to water. This is especially true if the wood was used to frame it, and drywall panels to form its walls, which, when you think about it, leaves most suburban and rural homes vulnerable to leaks, especially older ones. If there are any unsealed gaps or even minuscule cracks around the windows, they serve as invitations to rain and melting snow.

What can be happening in front of your very eyes, yet paradoxically out of sight, is that leaks are traveling down within the walls, making their way along the frame, and heading toward the subfloor where the water will not only saturate the wood but rot it away as well. It can be years before the damage is discovered and you can find yourself shelling out thousands of dollars to repair the structural damage and to kill the mold that has taken up residence in the wood and surrounding walls. 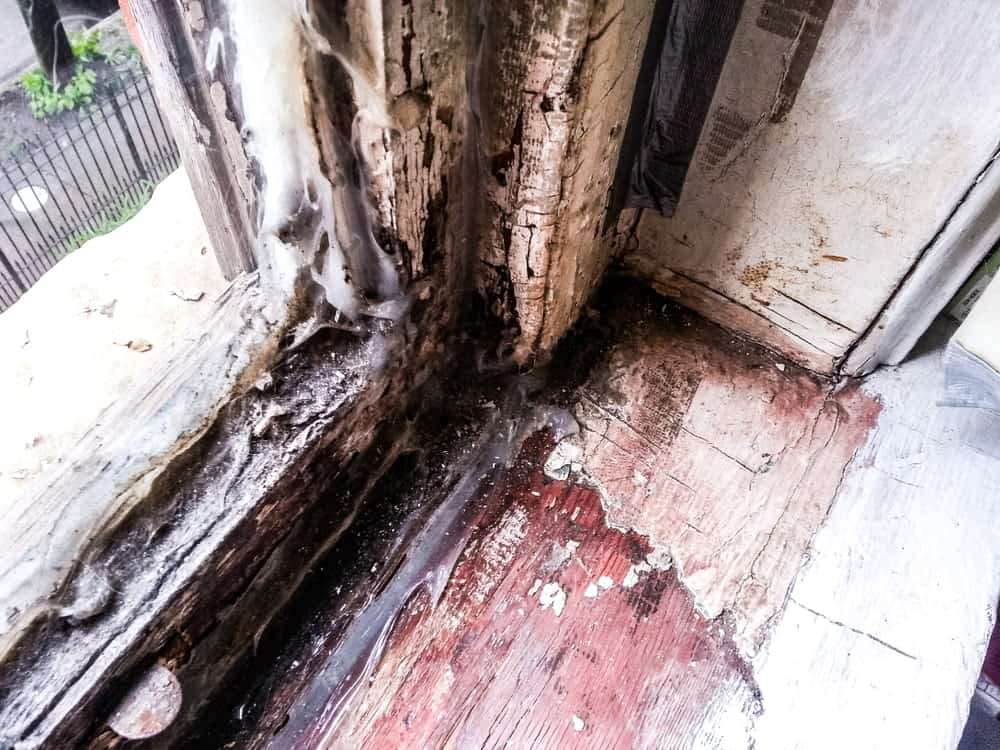 Benefit: Caulk when applied to all gaps and cracks around windows particularly where the window jamb meets the adjacent window trim, and the trim abuts the surrounding siding, will form an impenetrable seal around them so you won’t have to wake up to the nightmare of mold and damage in the years to come.

Caulking Around Windows Can Lower Your Energy Bills

Leaving gaps around your windows is akin to leaving them open a crack. Now, in winter you might think it’s allowing cold air to come in, but according to the Law of Thermodynamics, you would be wrong. Since heat moves from areas of higher temperatures to those that are colder, it’s the heat that is traveling, and it’s leaving your house. And while we’re clearing up misconceptions, another one is that it always rises. The truth is that yes, It does move upwards, but it also moves down, and sideways. So when your furnace is on in the winter, if the heated air sees a chance to escape through an area that needs caulking, it will take it, and eventually, the inside air will drop a degree or two or three. Eventually, the thermostat will sense it, and the heater will come back on.

Conversely, during the summer, the hot air will find its way into your cooled home, and the air conditioner will labor to return to the temperature you set. However, when caulk applied around the windows seals these gaps, warm air stays warm and cool air stays cool, whichever you want. And since your HVAC doesn’t have to work so hard, your bills remain low —which is also what you want it

Benefit: No matter what the season is, caulking around windows can save you on energy costs.

Insects can fit through small spaces so if you leave a path through a crack or gap around your window frame, you’re inviting them in, especially if it’s warm and dry, or cool and dry for that matter. Sealing the gap will keep them out and you won’t have to resort to toxic sprays or insecticidal powders.

Benefit: Caulking around windows cuts down on insect problems

Gaps and cracks around windows, no matter how small, or crumbling caulk can make your house look tired and neglected. This is not what you want at any time, let alone if your house is up for sale. This doesn’t necessarily mean you need new windows. In most cases, a touch-up of new caulk can remove these imperfections and give your house a finished look, especially if you use a colored sealant.

Benefit: Caulking around windows can refresh the exterior of your house.

How Often Should You Caulk Around Your House?

There’s no set answer to this question. It depends on a number of things. 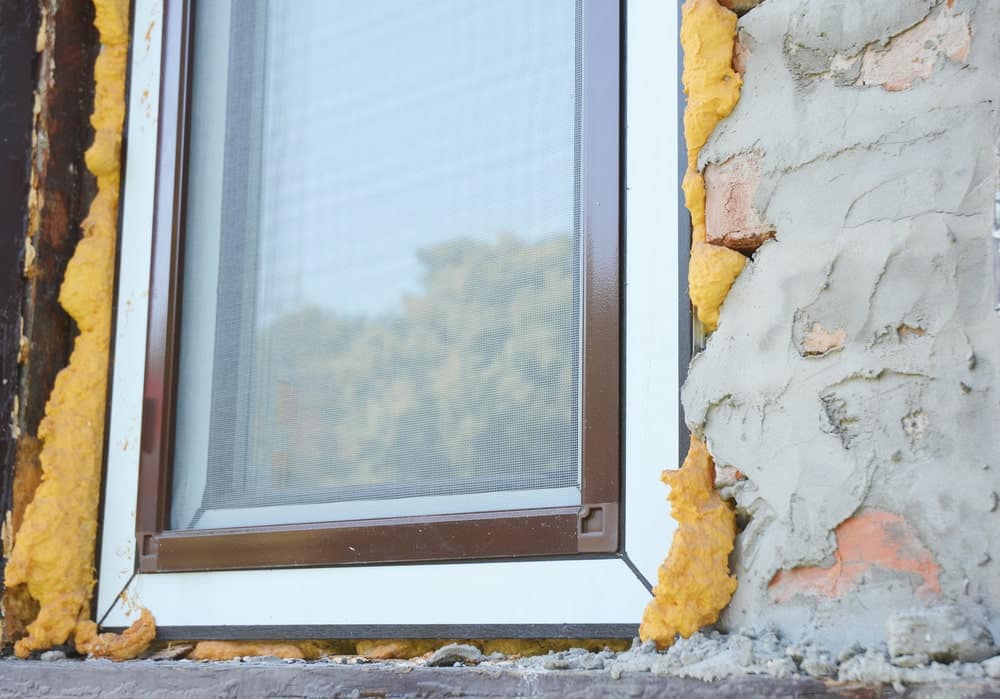 Failing to keep your windows caulked can have many consequences in addition to the ones already covered, i.e., structural damage, mold infestation, higher energy bills, and a shabby appearance.

Since caulk serves as a cushion between a window and the frame, missing or compromised caulk can result in the loose rattling glass. Loose window panes should never be ignored since a heavy wind or even forcefully shutting the window can cause the glass to break, injuring a family member or damaging furniture or other valuables.

If the caulk around the outside of the window is no longer intact, water can seep into the plaster or drywall, causing the paint to bubble and peel both inside and outside the house. This problem will be exacerbated should a severe storm arise when the wind can drive the rain into the tiniest of gaps.

More Work When You Finally Get Around to Caulking

Like any task you could do today, but put off until the proverbial tomorrow, the need for new caulk is not going to go away. Mother Nature is going to keep up her end of the bargain, so to speak. Weather is going to continue to have an effect, whether it’s the sun drying out the caulk, or the rain finding a way in. So when you finally get around to caulking the windows, it may mean you have more to do than you would have if you’d kept on schedule. And if you’re not the DIY type, it can end up costing you more. More caulk may be needed, and now new paint may be needed.