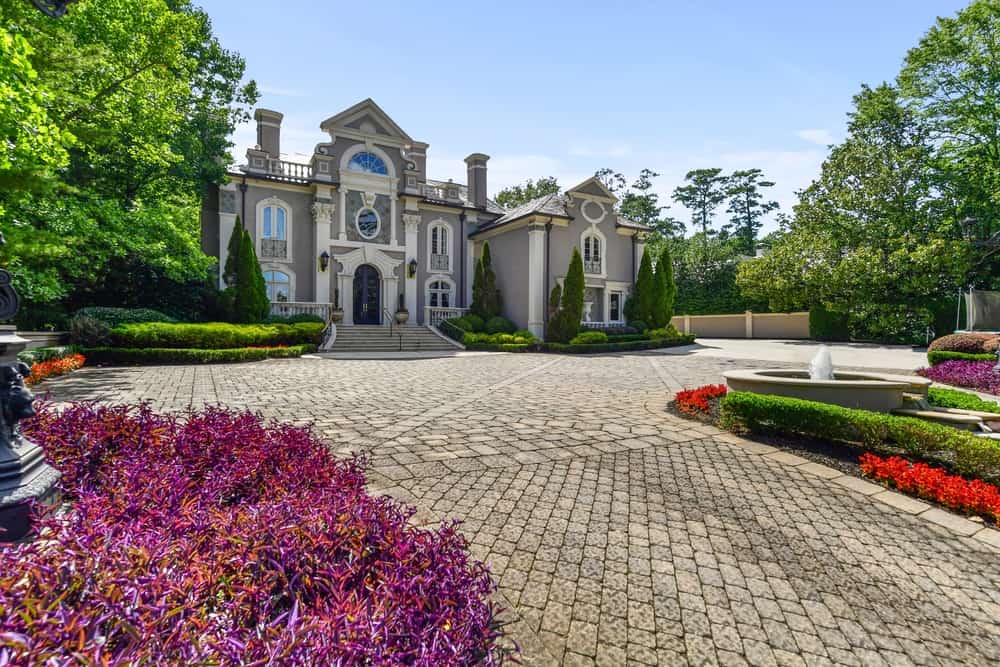 The former Mediterranean-style mansion of the legendary singer-songwriter Kenny Rogers is back on the market for $4.495 million!

Famous singer-songwriter Kenny Rogers’ mansion is once again up for sale. Designed in the style of the Mediterranean, this 7000 square foot estate is currently listed at a whopping $4.497 million. Travis Reed is the listing agent on the property and works on behalf of Harry Norman Realtors, located in Atlanta, GA.

Travis Reed of Harry Norman Realtors, Atlanta, Ga, is the listing agent for this property.

Upon buying the Tuxedo Park home, Kenny invested $3 million into the property in order to get it ready to raise his young children in the home. Kenny had his eye on the home because his children were young and he knew that they were going to need lots of space to play. This property is personal to Rogers because it is the home he raised his three children in.

Tuxedo Park is the neighborhood in which Kenny Roger’s Mediterranean estate is located, and features impeccably landscaped grounds and driveway. The foyer has a large, soaring ceiling, which then greets a curved staircase that takes visitors into the upstairs floors, which are completed with mirrors and gilded doorways. Rounding out the impressive foyer is a grand crystal chandelier, which adorns the space with its majestic beauty.

The house also has a movie room, which has a large sit-down bar area. An office is also in the house, which has a large coffered ceiling and a large kitchen which you can eat in. Rogers would house visitors in one of the six ensuite bedrooms which frequently quarter many of Kenny Roger’s superstar friends. These guest bedrooms even come with their own stone-carved four-poster beds and vaulted ceilings which made these spaces late for late-night jams with Kenny. The backyard has a pool with multiple levels, in an enclosed veranda that makes it perfect for entertaining while offering privacy to the host and guests.

The story of Kenny Rogers is a true rags-to-riches tale, which began in 1938 when Rogers was born. His earliest success was the minor hit “That Crazy Feeling,” which Rogers sang on American Bandstand when he was only 20. Between that and his later success Rogers was in New Christy Minstrels, and later First Edition, before scoring huge success with hits including “The Gambler”, “Lady”, and “Islands in the Stream”, which turned him into a world-class country-pop star.

Rogers had amassed more than 50 major music awards by the ‘80s, including a Grammy, an American Music award, and a Country Music award. It was in the ‘80s that Rogers began his second career, as a celebrity who flipped homes, following in the footsteps of other entertainment greats including Ellen DeGeneres, Diane Keaton, and Meg Ryan.

His first success flipping houses came in none other than Beverly Hills, which Rogers which for a record-setting $20 million. He has since set up an interior design business in Atlanta, which is also the main location where Rogers continues to flip houses.