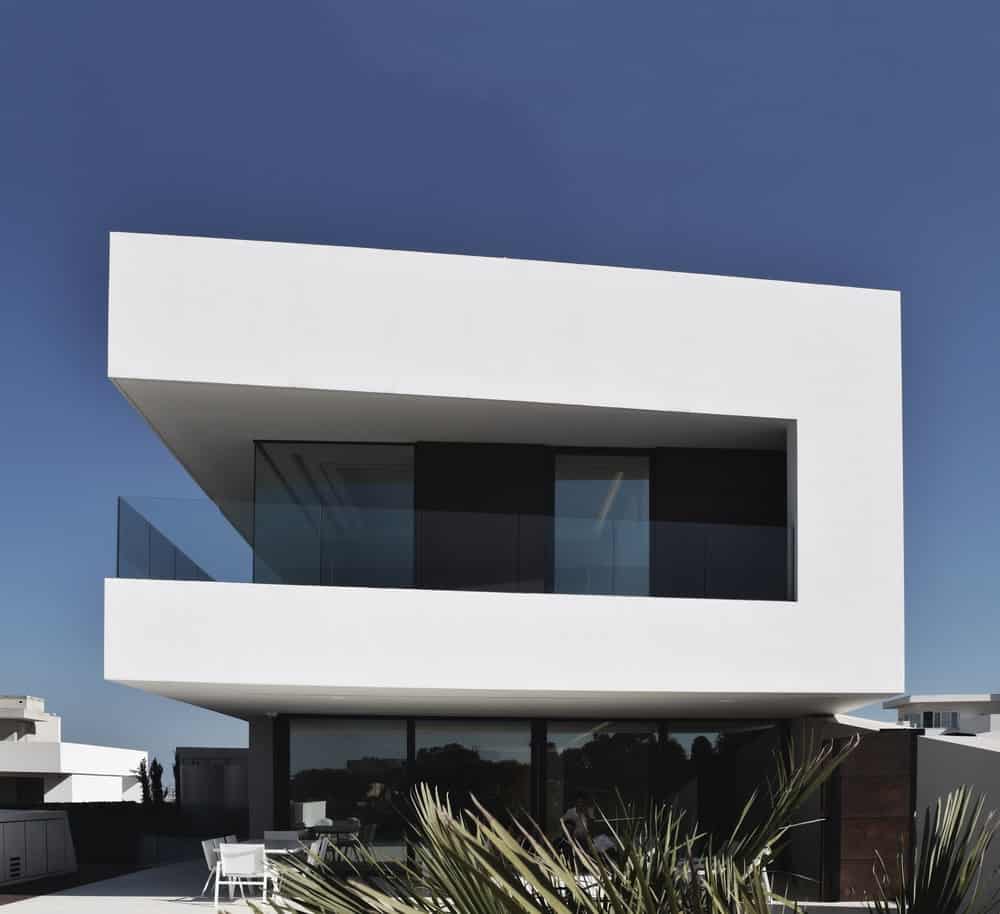 Madliena House is home to a lively young couple and two children. From the very initial stages, the concept revolved around purity and boldness in design. The form of the building is essentially a reaction to the site on which it is situated, whereas the interiors were the tool used to bridge the gap between the aesthetic and function of the different spaces within the building.

This design is a means through which one may investigate the importance of natural factors – such as creating interesting spaces using light and shadow: a concept reminiscent of the Baroque period and the ‘Chiaroscuro’ technique. At the ground floor, the interior is flooded with natural light which enters through floor-to-ceiling apertures which subsequently permits the inside and outside to merge into one space. However, by using controllable fabric screens a degree of flexibility is allowed for, as when lowered, the space changes into one which is more intimate and private. Through two courtyards, natural light infiltrates all four levels of the house, which also serve to passively ventilate the house.

The different spaces within this family home were designed alongside the client. Each and every intervention was aimed at providing full ownership and comfort within the property. An example of this was through the selection of materials and lighting which served to differentiate between different areas of the house. A coherent design was maintained throughout, which also established a balance between aesthetic design and the clients’ daily needs.​

Architectural Detailing, was considered as a means to subconsciously affect the way the space is perceived and, thus, subtly determined activities. Ultimately, the design of the house was approached in such a way to find a balance and to define the functions of the house and its atmospheres.