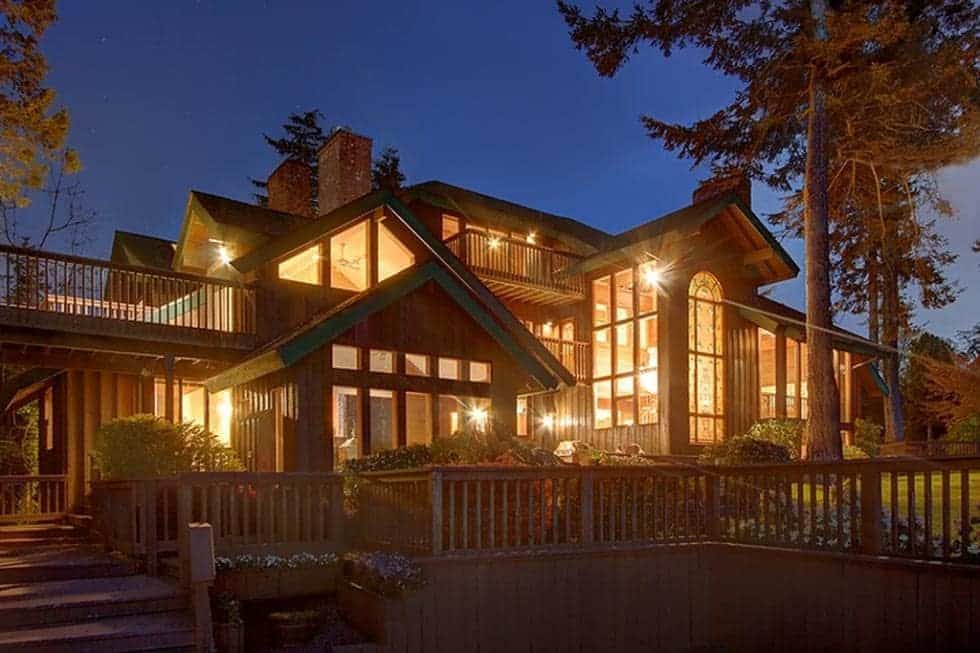 Gordon Apker is the highly-successful businessman who started out with one Shakey’s Pizza restaurant and ended up owning the rights to all Shakey’s franchises west of the Mississippi. His mansion in Des Moines, Washington is now on the market priced at $3.825 million.

The property sits on four acres of land overlooking the Puget Sound with its own private beach. The main mansion is measured at 7,856 square feet with five bedrooms and five bathrooms using materials and features collected around the world. The main feature of the property is the 20,000-square-foot vintage automobile facility for his 30-car collection. The property also boasts of a replica of the Tacoma Veltex station inside the garage with four employees to care for the cars.

Gordon Apker missed his college graduation ceremonies because he was busy opening his own first Shakey’s Pizza restaurant. Apker had been working part-time at a Shakey’s Pizza while attending college after the Veltex service station in Tacoma where he had previously worked declared bankruptcy and closed. It was from his working knowledge of Shakey’s that he realized owning one of the restaurants might be a good future.

But he didn’t stop there. He got together two college friends and between them, came up with $12,000 and proposed to Sherwood “Shakey” Anderson that they buy the rights to all Shakey’s franchises west of the Mississippi. The deal went through and in time, he bought out his partners and later sold the company at age 48.

Apker had acquired a passion for car collecting from the time he worked at Veltex in the 1960s. By the early 1990s, he bought a four-acre property in Des Moines, Washington overlooking Puget Sound, the Olympic mountains, and other islands with its own private beach. The original property from 1973 came with large outbuildings, which he renovated into a 20,000-square-foot vintage automobile facility for his 30-car collection.

The Apkers then built a custom 7,856-square-foot home with five bedrooms and five baths using materials and features collected around the world. While renovating the barn for his car collection, he also replicated the Tacoma Veltex station inside the garage where he has four employees to care for the cars. Apker is known for his charitable activities through car shows held on the property. Now for sale, this collector’s dream garage and magnificent home are priced at $3.825 million.