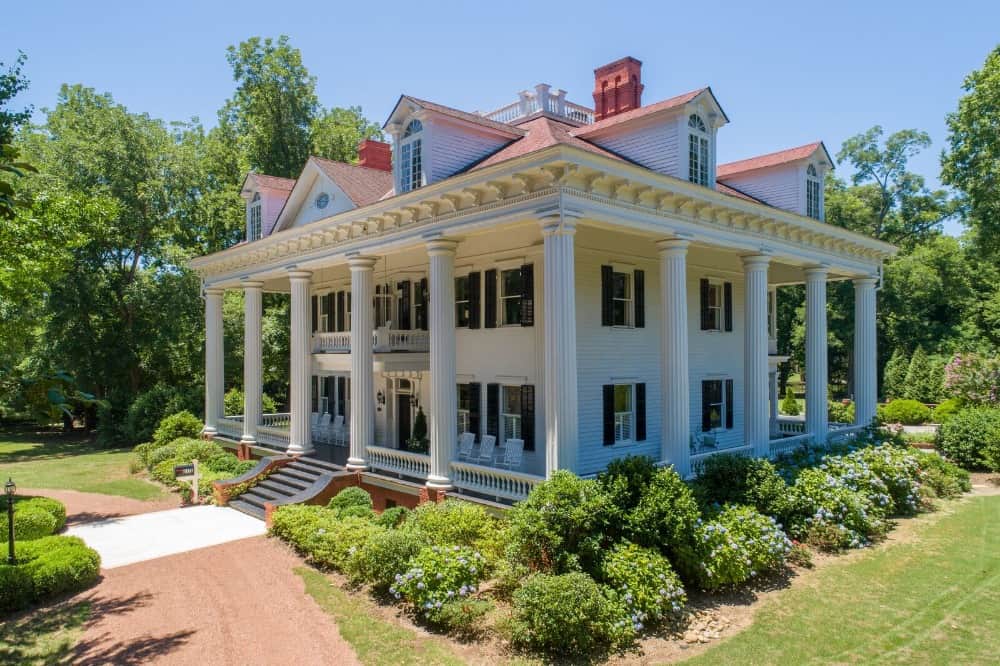 The iconic Georgian Mansion Twelve Oaks that inspired 'Gone with the Wind' movie was sold. The amount of the winning bid remains undisclosed.

The ‘Gone with the Wind’ mansion, known as Twelve Oaks, was built in 1836 in the town of Covington, Georgia. It is located only a few blocks from the historic town square and 30 miles east of downtown Atlanta.

The magnificent home was used as the model for the Ashley Wilkes family residence in the Oscar-winning movie based on Margaret Mitchell’s novel. In 1939 Mitchell saw the photo of the house in the Atlanta Journal and sent it to the film’s production team with a note “I like this for Ashley’s home.”

Twelve Oaks is named as one of the top 10 Antebellum sites in Georgia, and is included in the list of the National Register of Historic Places as one of the most stunning examples of antebellum architecture of the South. After almost 200 years, in 2019 it went up for auction with a starting bid of $1 million and was sold on July 25, 2019. The amount of the winning bid still remains undisclosed to the public.

The house with the total surface of 11,000 square feet, 11-foot ceiling throughout the house and hardwood floors features 12 large bedrooms and 12.5 bathrooms, along with spacious living and dining spaces, a grand dining room with a seating capacity of 40, a beautifully designed kitchen, three laundry rooms, massive deck with pergola, and a  formal parlor.

The primary suite on the main level has a personal library with built-in bookcases, a spacious seating area, and a library table. There are twelve fireplaces and five chimneys modernized with remote control. The residence is also full of the old-world splendor, including grand chandeliers, a very rare antique shower from the late 1800s, and two bathtubs worth more than ,000 each.

In 2017 the mansion underwent a million renovation that included adding more bathrooms, electrical code requirements; new heating, ventilation, and air conditioning; and a complete renovation of the chef’s dream kitchen. The mansion is now completely modernized with a fire sprinkler system, intercom system, Tesla and Copper Creek charging stations for golf carts and cars, and lots of exterior lighting. In January 2019, Chubb Primarypiece Group estimated the expenses to rebuild the house at over $6.3 million.

The entire property sits on more than 3 acres of grounds with a lovely garden, chandelier-lit poolside gazebo, a huge deck with a  pergola, swimming pool, pond, and a historic carriage house with storage space for four cars.

The property is also income-producing with three special operating permits: as an inn, an event venue, and a historic site. It also averages about 2 TV show or movie contracts per year and provides accommodation for casts. A seller of the house and a former owner Nicole Munn said she hopes the mansion will continue serving as a bed and breakfast inn and a historic site.