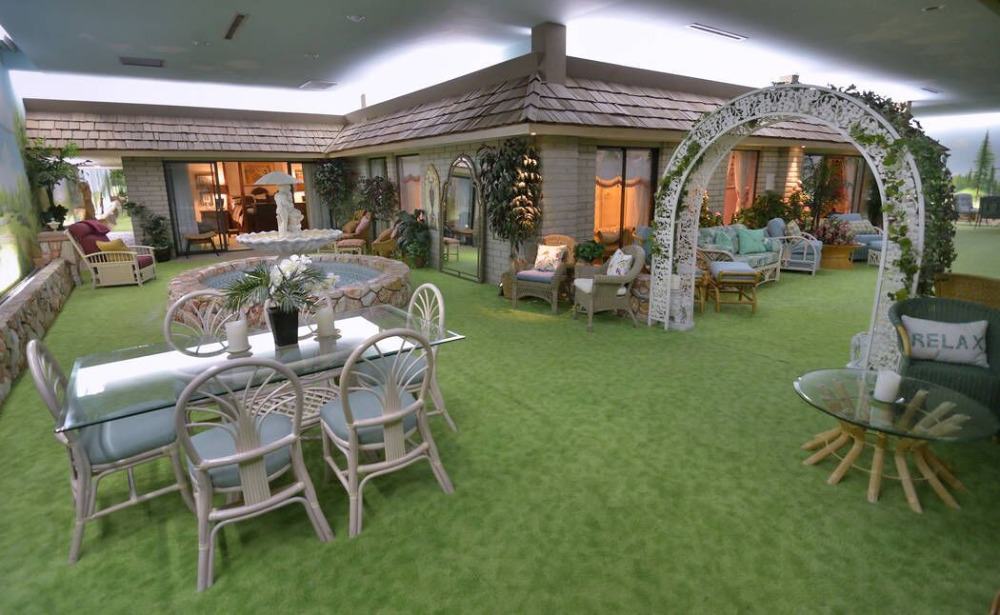 There was a time when a bomb shelter might have been seen as a novelty. This $18 million bomb shelter changes that with its unique twist on surviving a nuclear apocalypse. With its swimming pool and unusual interior design – this is one bomb shelter you might enjoy being confined in.

If you’re planning for the apocalypse, you’re probably don’t expect to survive the end of the world in the lap of luxury. Generally, end of the world survival plans are much heavier on practicality then self-indulgence. This is especially true of bomb shelters which tend to be small, cramped, and mostly unpleasant. But that’s not the case with this Las Vegas bomb shelter.

Located approximately 27 feet below the surface, it has a 5,000 square foot floor plan and is accessible via elevator. Above ground, it’s nothing to sneeze at, covering over 15,000 square feet- it was built in the 1960s, and was inspired by the Cuban Missile Crisis – which very nearly started a nuclear exchange between Russia and the United States. Fortunately, the missiles did not fly and the house is still here for us to admire.

The living room is small and spare, but comfortable with a lightly vaulted ceiling, minimalistic lighting, and tasteful but common furnishings that one might expect to see in any American home.

The kitchen is simple, but the decorative patterns on the cabinets are eye-catching. The cabinets are off white, possibly beige, and the raised ridges are outlined in red pin-striping. It’s the kind of flourish that a person will either love or hate, and it is reminiscent of popular fast food establishments of the 60s.

The bathroom is smartly decorated with marble flooring, an ample, but out of the way stand up shower, and an extra bathtub – just in case a shower won’t do the trick.

In the bomb shelter, we have an artificial outdoor area surrounding the main living area. It features a sky-blue ceiling, and artificial grass and palm trees. It’s unlike any bomb shelter we have seen before, and it’s a very intelligent idea to mimic the outdoors in such a confined space. Who knows, perhaps if the bombs did fall, the inhabitants of this shelter would retain more of their sanity than the inhabitants of more spartan shelters.

The primary bedroom of the above-ground house is handsomely furnished with heavy wood drawer chests and a large stained oak bed. Its ceiling is more drastically vaulted than the front room, but not excessively so.

Heading down below once again, we find that the bomb shelter is equipped with a swimming pool. We don’t know how clean it could be kept if access to the outside world was cut off, but it would certainly serve the occupants well as an additional sanity-saving amenity.

Hopefully, no one will ever need to use the shelter for its stated purpose. But it will serve as an interesting talking point, and even an extra guest spillover room for whoever buys this unique property.