Well-known for her role as editor-in-chief of Cosmopolitan magazine for decades and for penning the best-selling book, "Sex and the Single Girl," Helen Gurley Brown accomplished a lot in her lifetime and now the quadruplex New York City penthouse that she shared with her husband is on the market for sale. 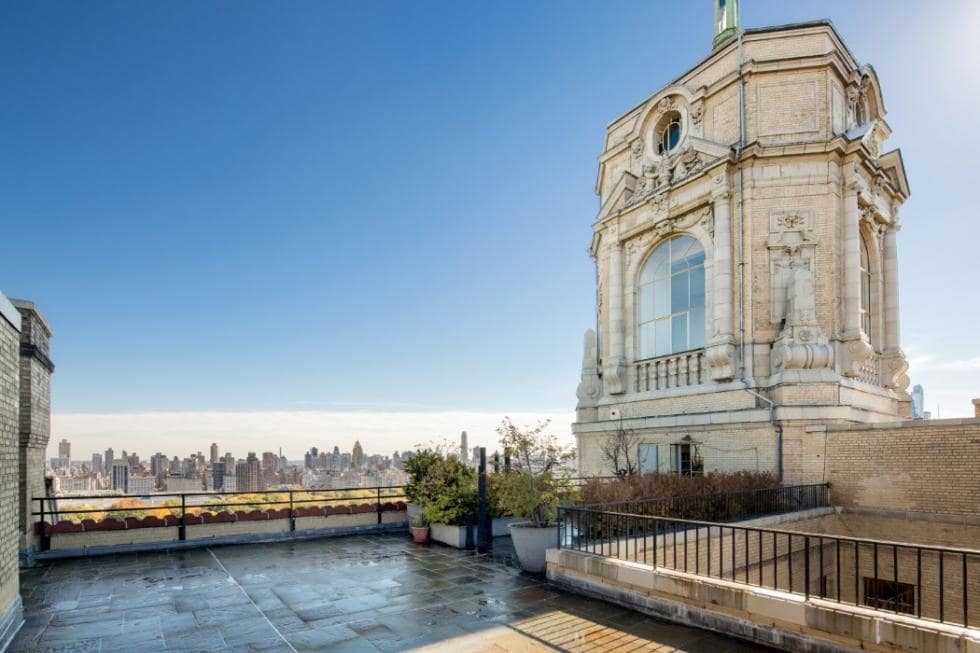 Born in 1922 in Green Forest, Arkansas, Helen Marie Gurley Brown, graduated from the Woodbury Business College in 1941. She worked at the William Morris Agency, Music Corporation of America, and Jaffe talent agencies before securing a job, first as a secretary then later as a copywriter, for the Foote, Cone & Belding advertising agency. In 1959, she married film producer David Brown before penning the best-selling book, “Sex and the Single Girl,” which was made into a movie starring Natalie Wood.

Helen Gurley Brown is well-known for her position as the editor-in-chief for Cosmopolitan magazine, a publication for women that was written predominantly by men when she took over. She propelled the magazine to one of the top women’s publications in the world with no previous editing experience when she began with the publication. It is sold in 100 countries and women of all ages enjoy reading the magazine. Helen Gurley Brown stayed at the magazine until her death in 2012. 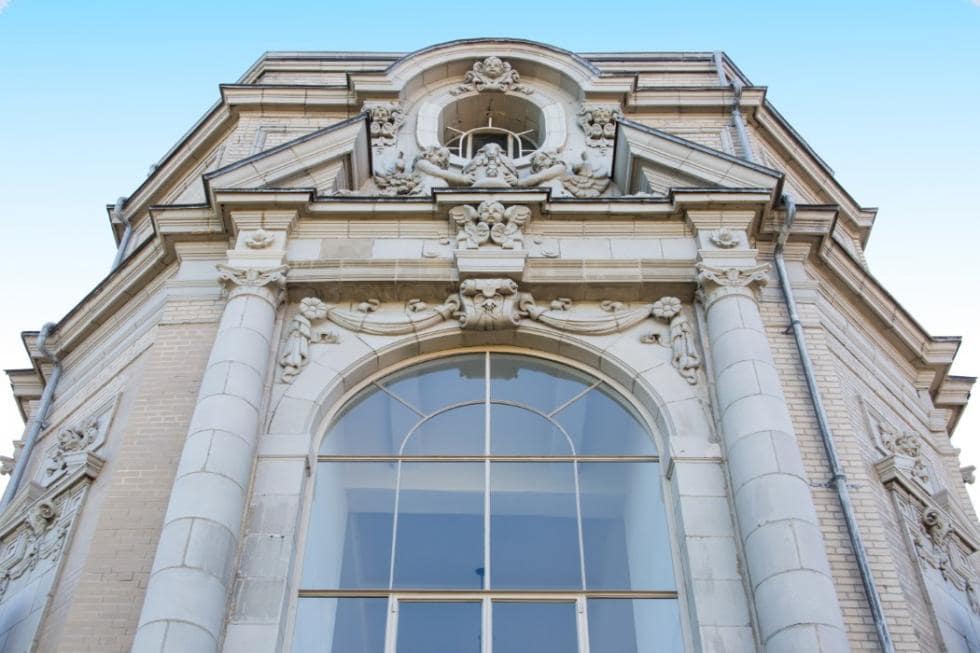 This is a look at the exterior of one of the apartments of the penthouse. The beige exteriors are adorned with ornate carvings of the architecture along with the large arched window. Image courtesy of Toptenrealestatedeals.com. 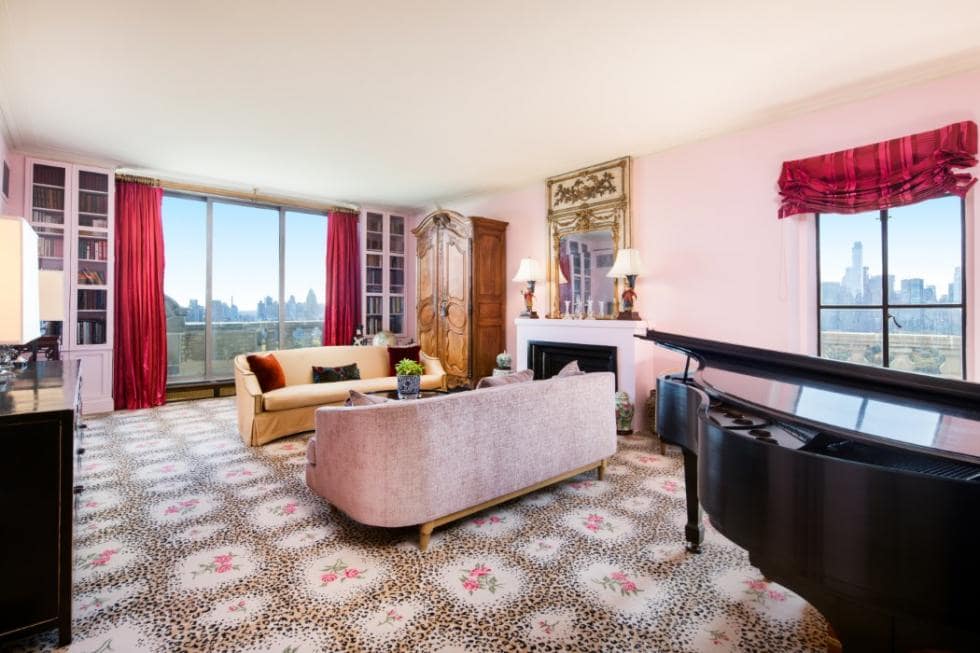 This living room has a gray patterned carpeted floor to complemented the sofas by the fireplace and the grand piano at the side. Image courtesy of Toptenrealestatedeals.com. 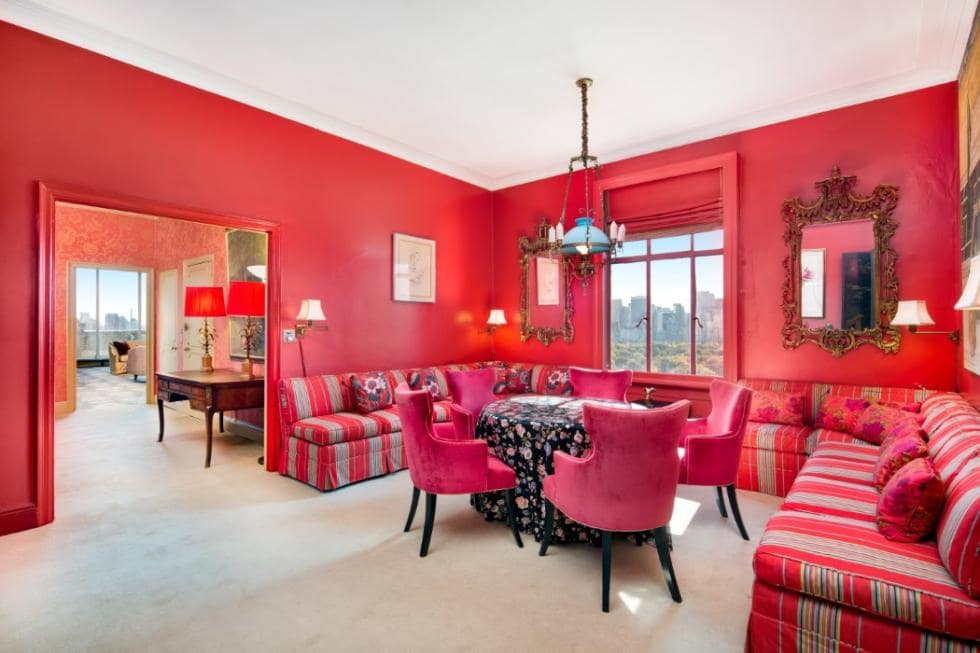 This is the dining room with vibrant red walls paired with built-in cushioned benched lining the walls surrounding the round table topped with a dome pendant light. Image courtesy of Toptenrealestatedeals.com. 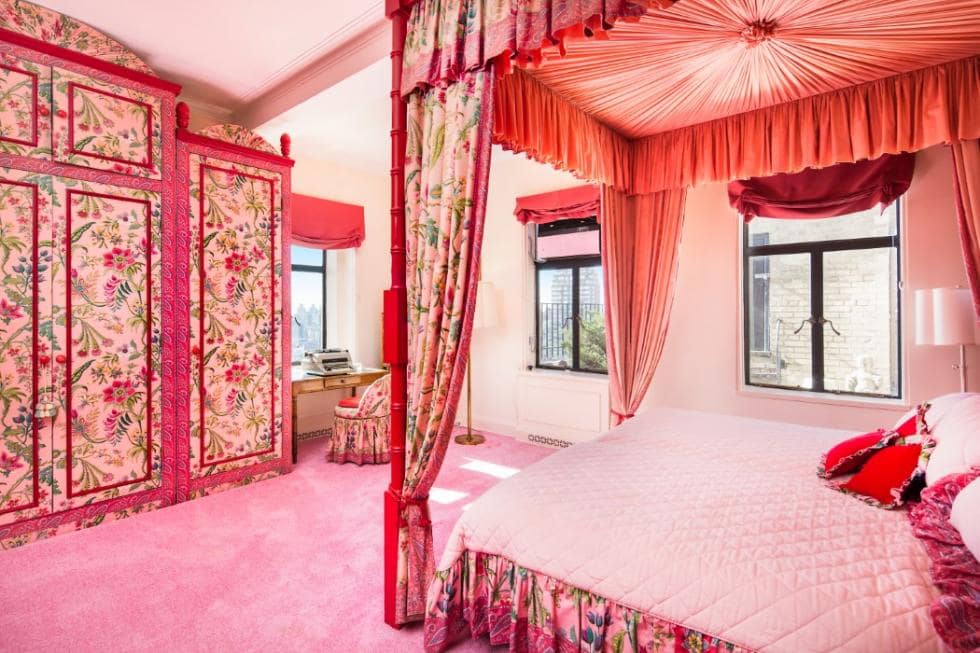 The primary bedroom has a pink carpeted floor to pair with the floral patterns of the bed, French cabinet and the slipcover of the work station’s chair. Image courtesy of Toptenrealestatedeals.com. 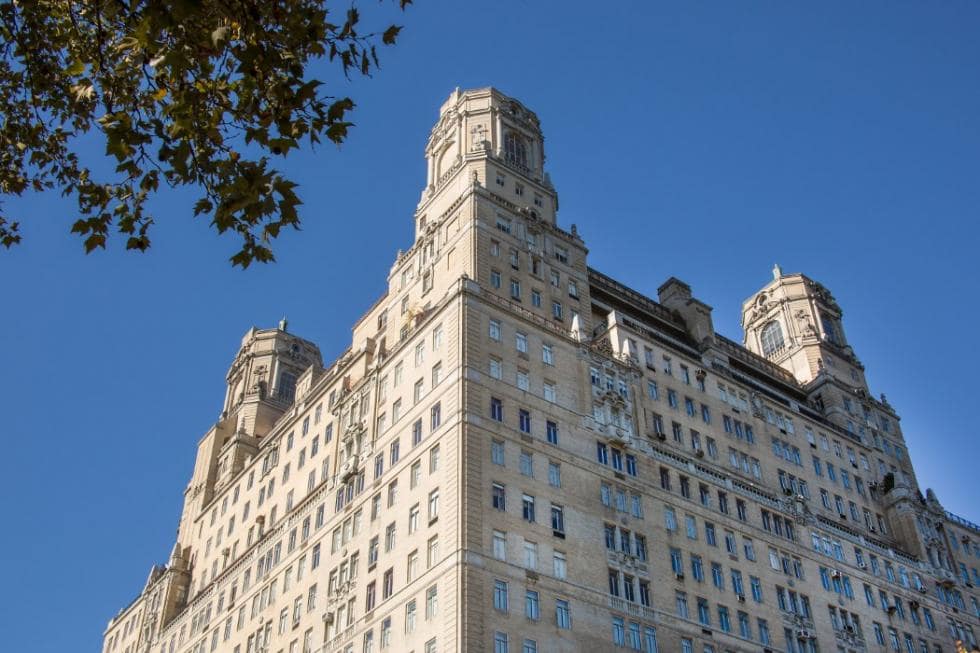 This is a look at the penthouse exterior from the street level. You can see here the apartments of the penthouse placed on the four corners. Image courtesy of Toptenrealestatedeals.com.

Helen Gurley Brown’s penthouse in New York City is currently on the market for sale for a whopping $20 million and is listed by Gabriele Devlin of Sotheby’s International Realty. The quadruplex penthouse apartment offers panoramic, 360-degree views of some of the main attractions in New York City, including the city’s gorgeous skyline, along with Central Park and the Hudson River. With a private elevator in place, a large terrace surrounds the penthouse that makes a great place to viewing the city, hanging out with friends and family, or simply relaxing after a long day.

The two-bedroom penthouse features four bathrooms, including a master ensuite off the master bedroom area. While the entire penthouse features a wrap-around balcony, the master bedroom boasts its own 52-foot private terrace overlooking Central Park and is situated on the third floor of the penthouse. The master bedroom also opens to a large great room with 17-foot tall ceilings and a huge fireplace to keep you warm on a cold, windy New York City night. The primary bedroom features plush, pink wall-to-wall carpeting, and a large, pink floral French cabinet for plenty of storage and a unique look.

The living room features a large fireplace, a grand piano, and plenty of large windows that overlook New York City. Built-in benches with plush cushions in shades of pink and red line the large dining room. A pendant dome light allows natural light to shine onto a round, dining room table in the center of the room.

The gorgeous home is nestled atop the South/East tower of the beautiful stone Beresford on Central Park West and could be your new home if you can come up with at least $20 million. It is rumored that a sales contract may currently be in the works.