Gerard Butler opens up his Hillside Los Feliz Home in the market. The Spanish Revival-style house sits in a swanky neighborhood dotted with celebrities. 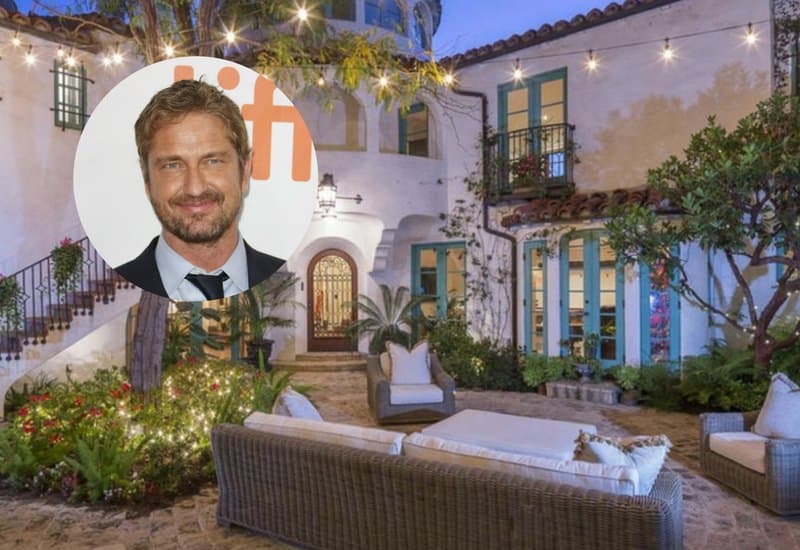 Located on a cul-de-sac in an exclusive Los Feliz neighborhood, actor Gerard Butler’s home is up for sale at $4.4 million dollars.

You can rent the four bedroom, furnished Spanish Revival style house for $15,000 a month. Butler, the star of 300, P.S. I Love You, London Has Fallen and other popular films bought the property in 2008 for $3.25 million. Listings show the home is currently one of the most expensive properties in the 90027 zip code. 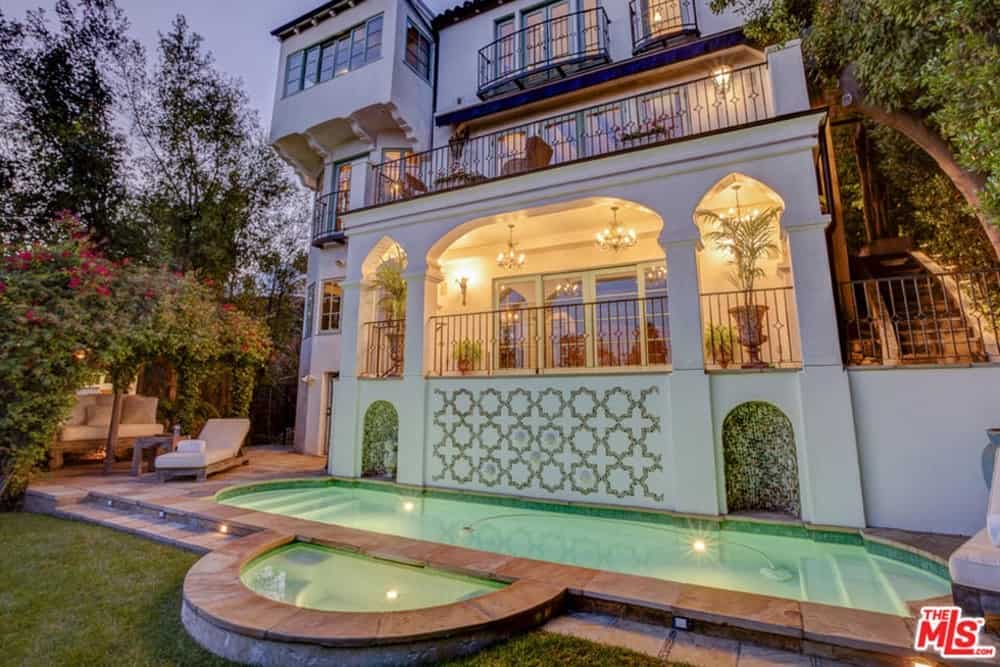 The elegant 4,490 square foot estate, carefully restored by production designer Elvis Restaino, has beamed ceilings and a turret with panoramic views of Los Angeles. The courtyard offers an accessible path between the interior and pool/patio. Amenities include a screening room, pool, and spa, washer/dryer, hardwood floors, and fireplace.

The home, built in 1930, is one of many owned by celebrities in swanky Los Feliz. Mad Men star Jon Hamm recently bought a renovated, 3,600 square foot home with a modern design in the neighborhood. Katy Perry won a court battle in March 2017 and has been cleared to purchase a Los Feliz convent that’s almost 100 years old.

A stylistic example of homes from Hollywood’s Golden Age, the first-floor balcony is lit up by small chandeliers. Statuesque potted plants frame the picture window. Beneath the backyard balcony, there’s a patterned tile and mosaics, a trademark of the ornate Spanish Revival style. A curving stairway.

The front of the house displays more of this gorgeous architectural style. The arched front door features an inlay of decorative glass. French doors with pastel blue frames swing out into the courtyard. A comfy sofa and armchairs turn the circular patio into a charming gathering place on a warm Southern California night. Strings of miniature white lights decorate the trees in the courtyard.

A stairway with a patterned railing leads up to the second floor. Three open arches on the smooth white plaster circular balcony reveal two doors, one by the stairs and the other closer to one of the bedroom windows.

The listing for this single-family home is handled by Max Nelson of the Agency.

Born in Scotland in 1969, Butler attended Glasglow University, where he studied to be a lawyer. He got his first acting role after a chance meeting with actor Steven Berkoff in a coffee shop. His film debut, 1997’s Mrs. Brown, starred Judi Dench and Billy Connolly. After his breakthrough roles in USA Network’s 2001 series Attila and the film Dracula 2000, he became a fan favorite.

Since then, he’s racked up dozens of credits in TV shows, mini-series, and movies, as well as voice roles in “How to Train Your Dragon 1” and its sequel. He has produced or co-produced 12 movies, including London, Has Fallen and A Family Man. According to Ranker.com, 2009’s crime thriller, Law-Abiding Citizen is his best film, followed by the 2006 action fantasy 300.

The Glencairn Road estate is only one notch in Butler’s real estate portfolio. He purchased a $6.45 million dollar Malibu abode last year, and he’s also lived (at least some of the time) in New York City’s Greenwich Village since 2004. He also owns property in his native Glasgow.

Los Feliz is Hollywood adjacent and south of the Santa Monica Mountains. The Griffith Observatory, Los Angeles Zoo, and Greek Theatre are just a few of the area’s major attractions. The restaurants in Los Feliz are among the best in Los Angeles and include Japanese, Continental, vegan/vegetarian, Mexican and Italian eateries. The kitschy, old-school Dresden Room is one of the best-known restaurants in the area. Unsurprisingly, Los Feliz has one of the lowest crime rates in Los Angeles.

Butler’s estate, at 4828 Glencairn Road, is a short drive away from busy Vermont Avenue and Los Feliz Boulevard. Roosevelt Golf Course, the Greek Theatre and the Griffith Observatory, further up in the hills, are even closer to the property.

Here’s a photo of the front of the house: 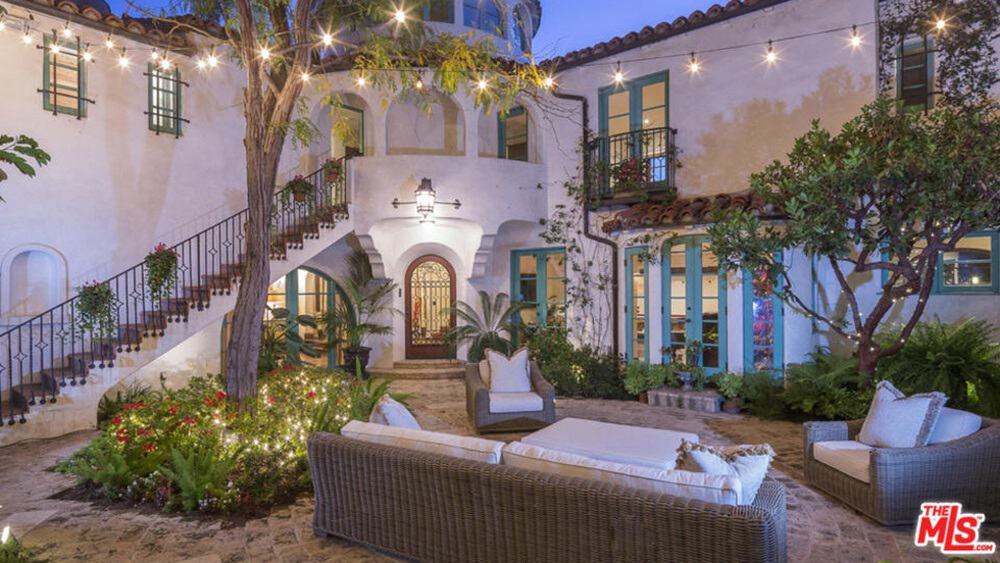 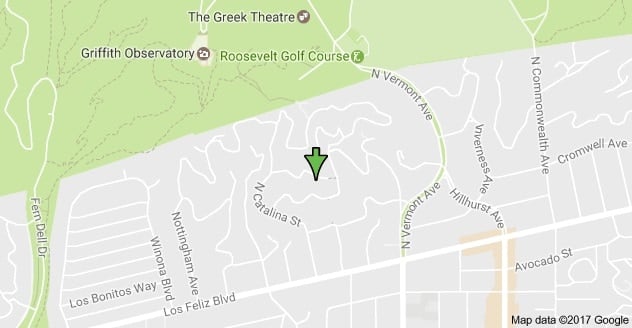