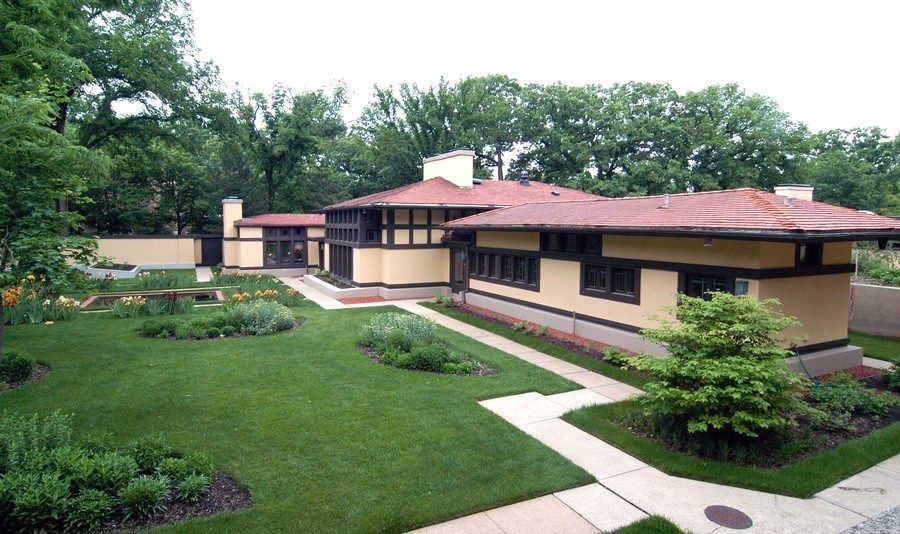 Frank Lloyd Wright's Coonley House in Riverside, Chicago has gone up for sale, with an asking price of $1.1 million. However, the private garden, amazing landscape design and completely furnished interior makes the property a living work of famous design love to call their own home one day.

Frank Lloyd Wright provided America a unique sense of architecture that is endless in its fame and recognition. Even today, Wright’s sense of structure and design represents architecture 101 for American building conceptualization, which is why Wright’s work represents required study for new designers every year.

Among all the events going on 2020, one of Frank Lloyd Wright’s notable homes is coming up to the market as a listing valued at $1.1 million. The Coonley Coach House represents an iconic model of the prairie style Wright became known for, neatly tucked into the suburban neighborhood of Riverside Chicago.

The house was built and finished in 1912, including a private garden secluded from the outside world with a complete wall. It is part of a larger complex known as the Avery Coonley Estate which was first built six years earlier. However, the domicile was not fully used and converted to a bona fide family home until decades later in the 1950s. And then it was renovated again a half-century later in 2006-07.

Today, the Wright Coonley House takes up a 2,318 sq ft footprint. It is not a large mansion per se; the Coonley House only incorporates three bedrooms and a pair of full bathrooms. There were no corners cut with the refurbishment inside. One particular change that people will pick up on immediately as a plus is the floor heating.

Most homes either have vented heat or modernized HVAC systems from the ceiling down. The Coonley House incorporates a unique floor system of heat emanation, literally warming the residents from the feet upward. Someone must have been talking to Bavarian house designers well-educated on how to deal with winter cold.

The floors, of course, are not the only notable feature of the Coonley House. The structure enjoys a beautifully designed fireplace that is a one of a kind install, matched by a sizable family room for comfort and relaxing.

With a combination of the outside landscaping that is magazine-cover ready and an amazing reflection pool, the integrated privacy makes the Coonley House extremely attractive for those who want their own private escape from the bigger world yet proximity to a major urban center.

A Completed Package for the New Owner

The House comes fully furnished, and the collection enjoys individually rare and singular pieces to note. For example, the formal living room area is home to a unique circular couch sofa that was hand-crafted for one of the Coonleys early on. In additional wood-crafting is on display with singular art pieces by Winthrop Faulkner, as well as a number of hard-to-find paintings by Carolyn Howlett.

The Coonley House is famous enough that there are plenty of architectural schools that would live to set up shop in it and turn the property into the most famous institution to study design in. However, that’s not likely to happen.

With a modest price point already in place, however, Frank Lloyd Wright’s prairie-style work of art and structure is likely going to still stay in private hands. And the neighbors are probably fine with that likely possibility. One of the most redeeming factors of the House’s location is the lack of heavy traffic to the front door.