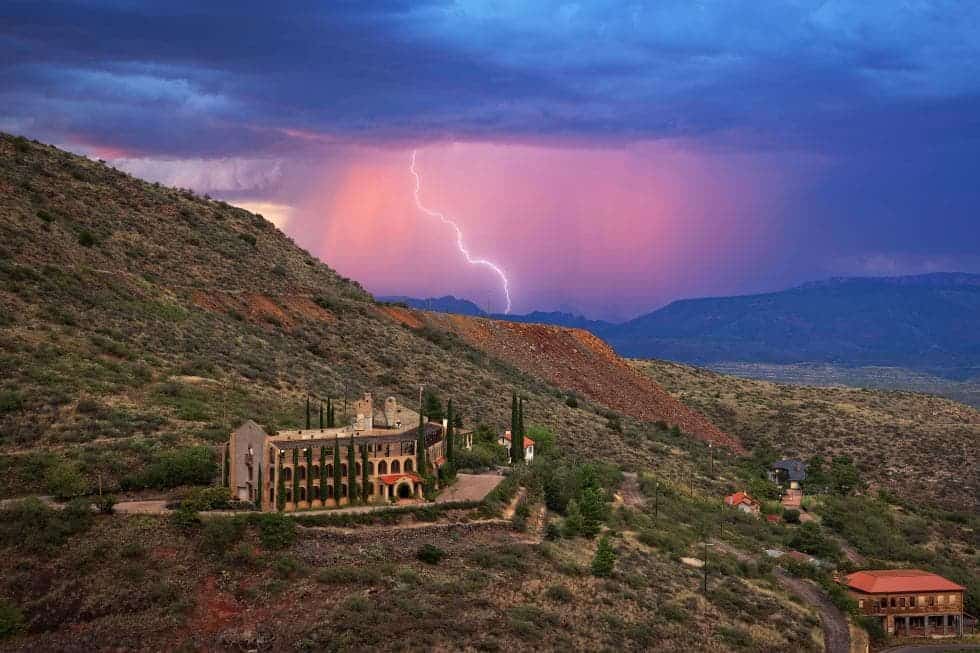 The reimagined mining hotel that is turned into a private mansion is now on sale. The original Little Daisy Hotel was built in 1919 by a talented copper miner named Jimmy Douglas then it was recently reimagined into a mansion priced at $6.2 million. 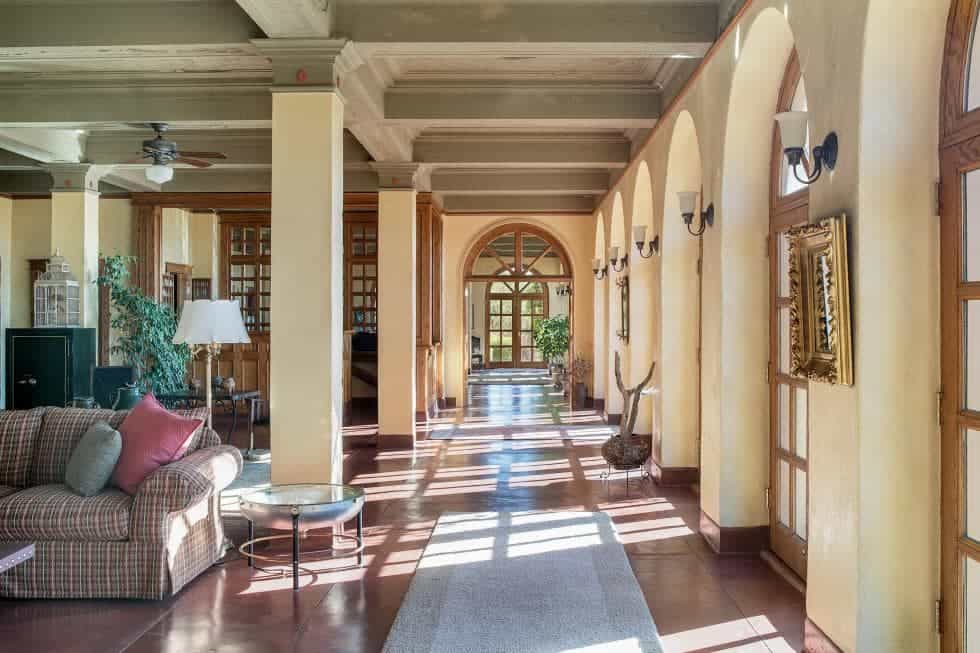 The grand entrance of the home retains its hotel check-in counter located at the left side amidst tall yellow pillars and arches complemented by a beautiful coffered ceiling to match the terracotta flooring. This view also gives a glimpse of the living room on the side with a patterned sofa. Images courtesy of Toptenrealestatedeals.com. 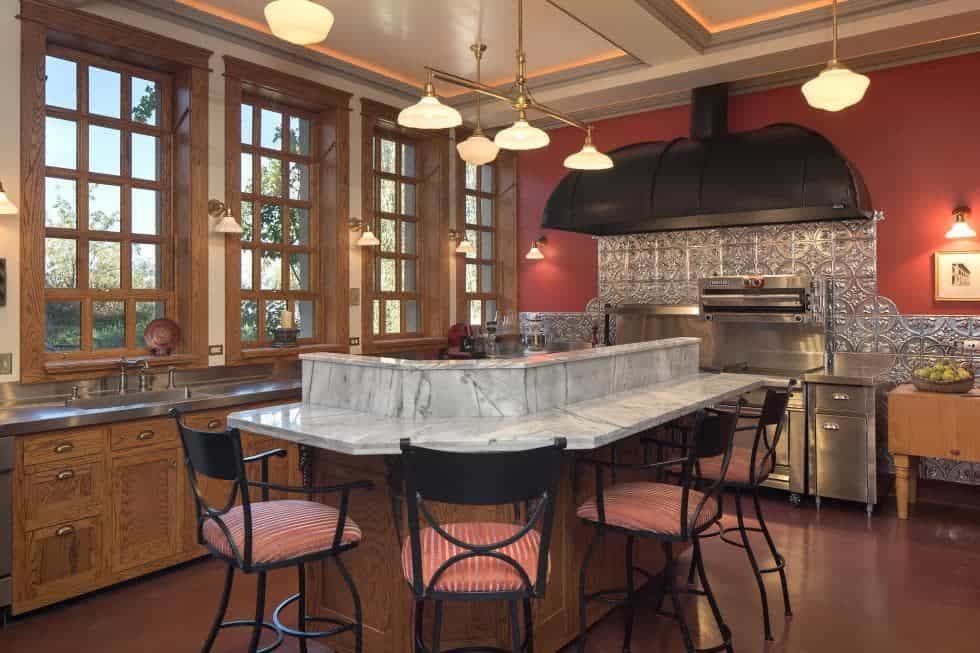 The gorgeous and homey kitchen also has terracotta flooring tiles that go well with the cabinetry of the kitchen island as well as those lining the walls. This makes the stainless steel cooking area stand out adorned with a patterned backsplash. Images courtesy of Toptenrealestatedeals.com. 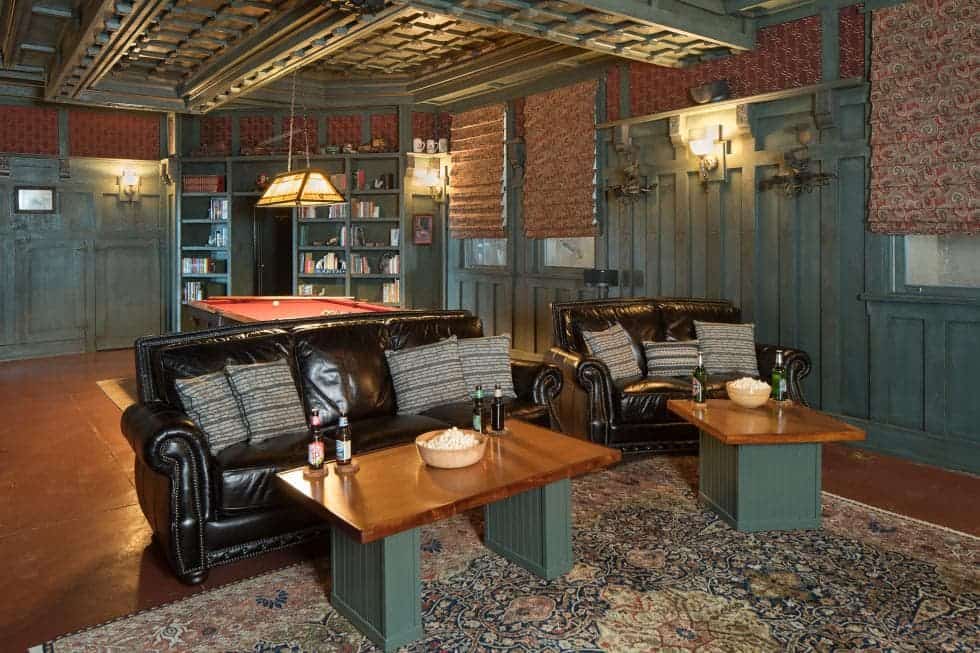 The game room of the house has a professional pool table with a red carpet surface topped with a bright lighting above. Next to it is a couple of dark brown leather sofas paired with wooden coffee tables on a faded area rug. Images courtesy of Toptenrealestatedeals.com. 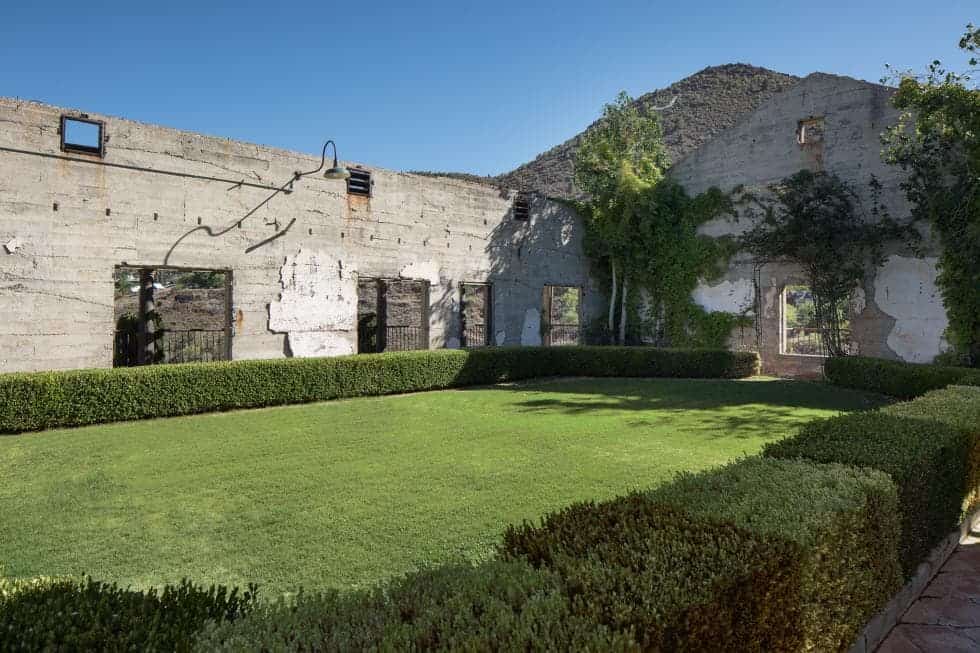 The large rooftop has a wide lawn of lush green grass that is well-maintained. This is surrounded by a waist-high formation of shrubs as well as tall trees and a background of tall concrete walls. Images courtesy of Toptenrealestatedeals.com. 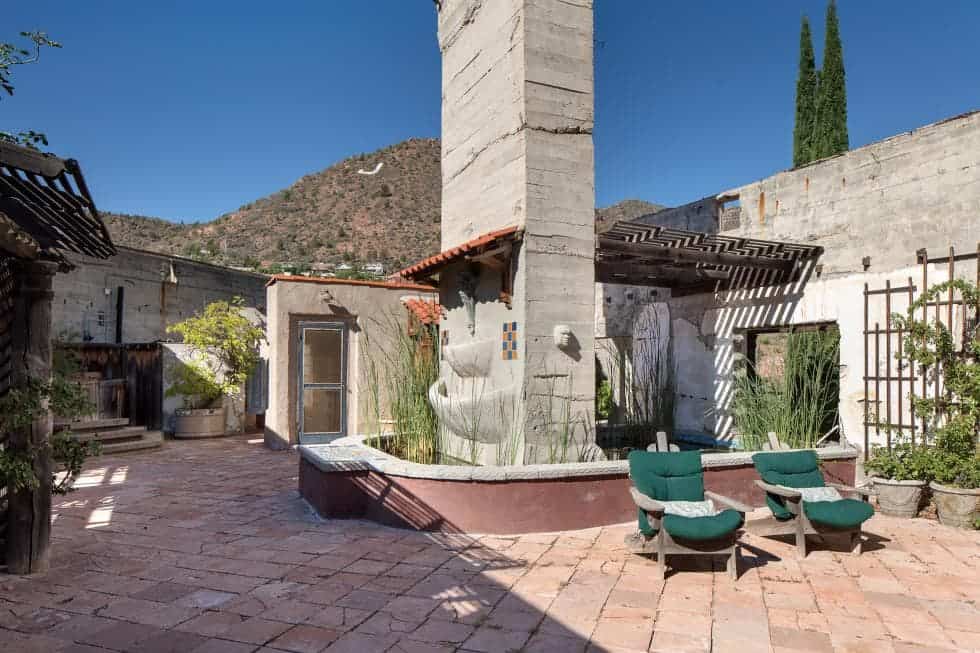 This rooftop outdoor area has rough terracotta walkways that makes the green chairs stand out as well as the various potted plants. In the middle of this area is a large stone structure turned into a beautiful pond and fountain. Images courtesy of Toptenrealestatedeals.com.

Steeped in Americana, the Little Daisy Hotel in Jerome, Arizona built by speculator-turned-billionaire and copper-miner, Rawhide Jimmy Douglas, is now for sale reimagined as a private mansion. Poised and ready to celebrate its 100th birthday with laser light shows by the local community to honor the town’s frontier history, the former hotel is listed at $6.2 million.

Son of a Canadian copper miner, Jimmy struck out as a young boy trying everything from homesteading to farming strawberries. When his father needed his help in overseeing projects in his growing copper business, Jimmy learned a lot about the industry and became known as Rawhide Jimmy by the miners.

Jimmy displayed a talent for picking good mining locations, which he learned from his father. While on one of his work trips between Mexico and Arizona in 1912, he came across a mine in Jerome that had been shut down due to a lack of production. However, his assaying skills told him there had to be a motherlode of copper hiding beneath the hills.

On what most called wild speculation, Jimmy bought the mine naming it Little Daisy. It wasn’t long before he hit that motherlode and put Jerome on the map as one of the largest copper deposits in the country.

In 1919, Jimmy built the 40-room Little Daisy Hotel where he housed many of the miners. The Little Daisy Mine made Jimmy a billionaire, but when the production of the mine eventually dwindled after World War II, he shut it down in 1953. Jimmy then sold the hotel to William Earl Bell, the man who created the world’s first atomic clock.

In 1995, the Bell family sold the mine to its current owners, Walter and Lisa Acker, as a rundown shell of a building. The Ackers spent nine years restoring and updating the property with a deep respect for its history while enhancing its architectural features and adding high-end upgrades. It is only with the recent untimely passing of her husband that Lisa decided to sell their beloved home.

Sited on 3.45 acres high above the town with panoramic views of the area’s hills and valleys, the new layout has an extensive primary wing and a guest wing with a total of eight bedrooms and seven baths. Encompassing 12,000 square feet of climate-controlled living space, there are 2,900 square feet of interior porches, a rooftop garden of 9,000 square feet and four garages/workshop totaling 2,600 square feet.

The grand entrance still retains its reception/check-in desk as a token of its illustrious past. The main floor, with its tall arched floor-to-ceiling perimeter windows and high ceilings, houses the formal rooms that open to porches and terraces for lounging or enjoying alfresco dining. There are fireplaces throughout, a game room, home theater, wine cellar, bar, large kitchen that opens to a private terrace, phone booth, and an office and craft/sewing room. Porches surround the structure for commanding views from almost every room.

Even with the large size of the rooms, the architecture and quality of the restoration make each room’s atmosphere warm and inviting. Jerome, about 100 miles north of Phoenix, has become a popular tourism destination with art galleries, history tours, and a state park.

The Little Daisy, once an upscale frontier hotel servicing the mining industry now morphed into a palatial residence, is listed at $6.2 million. The listing agent is Donna Chesler of Russ Lyon Sotheby’s International Realty, Sedona, Arizona.