Composer Don Caverhill's spacious Beverly Hills home hit the market for the first time since it was built in 2010, listed for $8.5 million. With four bedrooms, six bathrooms, a spa, and enough glass walls to lose count, this home is not one to disappoint. 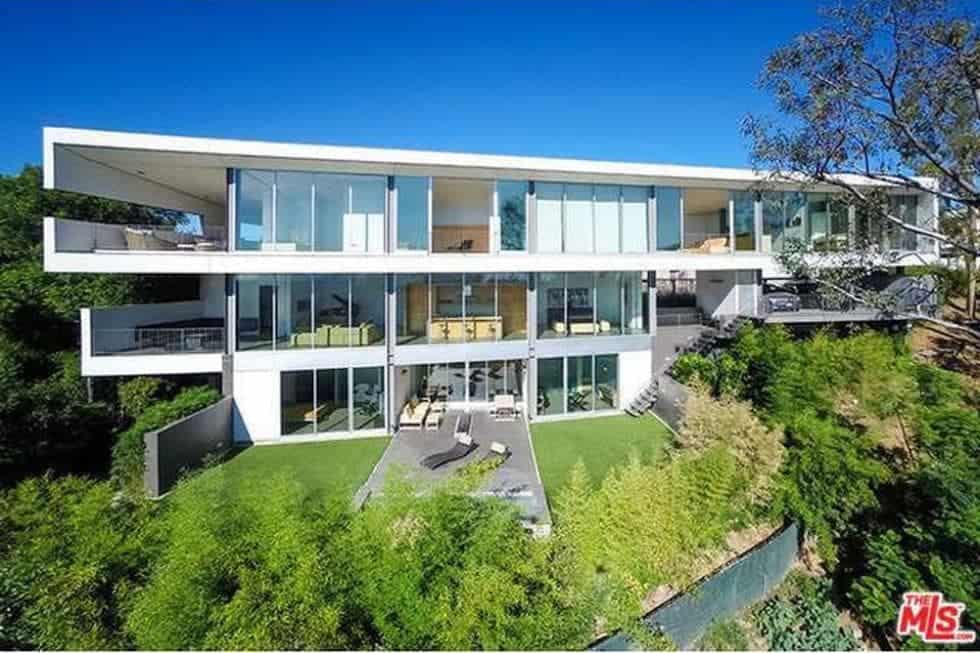 The home of Don Caverhill, producer and composer known for his work on movies like The Second Coming of Suzanne, and Those Mad, Mad Moviemakers, is now on the market, listed for $8.5 million. The home, where Caverhill lived while he was working in Los Angeles in the last decade, measures at 4,700 square feet, with four bedrooms and six bathrooms.

Al photos are used with permission from ToptenRealEstateDeals.com

Much of Don Caverhill’s professional career as a composer was in a different circle than the Hollywood norms. However, his work on the movies The Second Coming of Suzanne, and Those Mad, Mad Moviemakers, as well as the recent television pilot Crypto Game, established his as a talented professional.

He lived in this Beverly Hills home from 2010, when it was built, until recently. The gorgeous Trousdale Estates home was designed by famed architects Zoltan Pali. The neighborhood, Trousdale Estates, sits high in the hills above Los Angeles, with memorable views of the city as well as the Pacific Ocean.

Development here began in 1954, and its prime location attracted the eyes of many top architects, including Frank Lloyd Wright, A. Quincy Jones, Wallace Neff, and Paul R. Williams. This home, by Zoltan Pali, sits among the others in the neighborhood as an equal.

As the location caught the attention of designers, it also draws in the attention of celebrities — both because of the nature of the home design and the all-around security. Homes here are still coveted for their unique views. This home is on the market for the first time since it was built. At the time, it was designed for Caverhill and his wife, and it sits on the highest ridge of the neighborhood.

The home is 4,700 square feet, featuring four bedrooms, six bathrooms, and a private spa. Its cohesive design is known for its open spaces, with many of the common areas and living spaces divided only by open partitions. Additionally, full walls of glass add another layer of sleek character and open-air feel, opening up space to views of the mountains on one side and the ocean on the other. The open-design interior lends itself to the views being carried deep into the home.

To maintain a modern, but warm and welcoming feel, the design settles on the use of horizontal bamboo cabinetry where relevant, with light paneling to keep a crisp tone that is subtle enough to not jar your attention but keeps the space from falling into a flat dimension. Crisp white walls carry light into every corner — with the help of intentional open design features like the open steel staircase lining the entry foyer.

The kitchen, dining area, and even balconies maintain the same concept — open air, clean, and, for the indoor spaces, full walls of glass on more than one side to maximize the amount of natural light. The home, which was originally built in Trousdale Estates in Beverly Hills in 2010, is now on the market for the first time for $8.5 million.