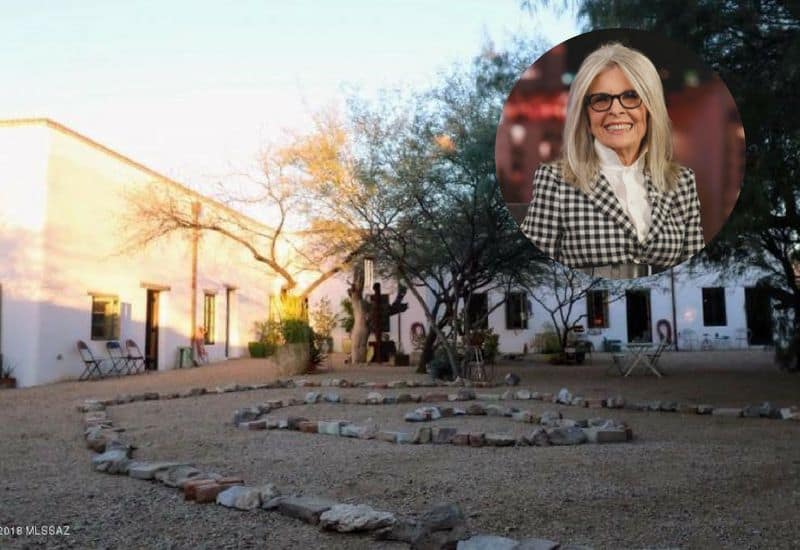 Diane Keaton is a veteran, versatile and oscar-winning actress who enjoyed spotlight early on her career for her work in several Woody Allen films and her important role in ‘The Godfather’ series.

Born in Los Angeles, California as Diane Hall, she started honing her acting skills at the Neighborhood Playhouse School of the Theatre, a full-time conservatory in New York City. She began using her mother’s maiden name, Keaton to avoid confusion with another Diane Hall in the Screen Actors Guild and continued using it ever since. She became instant famous at her young age when she refused to take her clothes off at the original Broadway run of Hair during the finale. She then landed a regular spot at several Woody Allen films such as Annie Hall, which earned her an Oscar for best actress.

The next huge hit of Keaton was The Godfather series, in which she portrayed Kay Adams, the girlfriend and then wife of Michael Corleone, which was portrayed by Al Pacino. She then followed up by teaming up with Warren Beatty in Reds, acquiring the Best Foreign Actress award. After showcasing her dramatic acting talents, she then tried comedy films and hit big time, appearing in huge comedic films such as Baby Boom, Father of the Bride, Manhattan Murder Mystery, The First Wives Club, Something’s Gotta Give, The Family Stone and The Big Wedding.

Away from her acting career, Keaton is also an architecture and building preservation enthusiast, and is a current active member of America’s National Trust for Historic Preservation. She is also a photography aficionado.

Table of Contents Show
About Diane Keaton’s Tuscon Adobe
What to Love About the House
Barrio Viejo, Arizona (Map)
Diane Keaton’s Net Worth

The legendary actress known for hit films such as Annie Hall, The Godfather series, and Father of the Bride is now ready to take on the desert life, dropping a $1.5 million on a four-bed, three-and-a-half bath adobe home in Tuscon‘s Barrio Viejo. Measuring 4572 square feet, the property was originally built in the 19th century and was just restored from dilapidation in the past few years.

The classy adobe was a former Sonoran row house that has many living spaces equipped by modern furniture. The dine-in kitchen looks perfect for every family and is good as a gathering area for house guests as well. The primary bedroom offers a large bed and features a long couch near the windows while the primary bathroom is complete with an open shower, a bathtub and a double sink.

Outside, the dusty ground can capture everybody into the desert living with its natural and traditional gathering space under the Arizona skies. 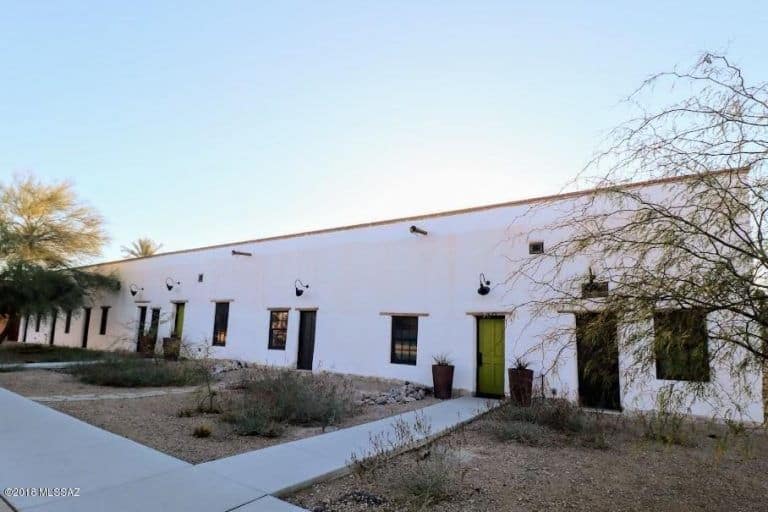 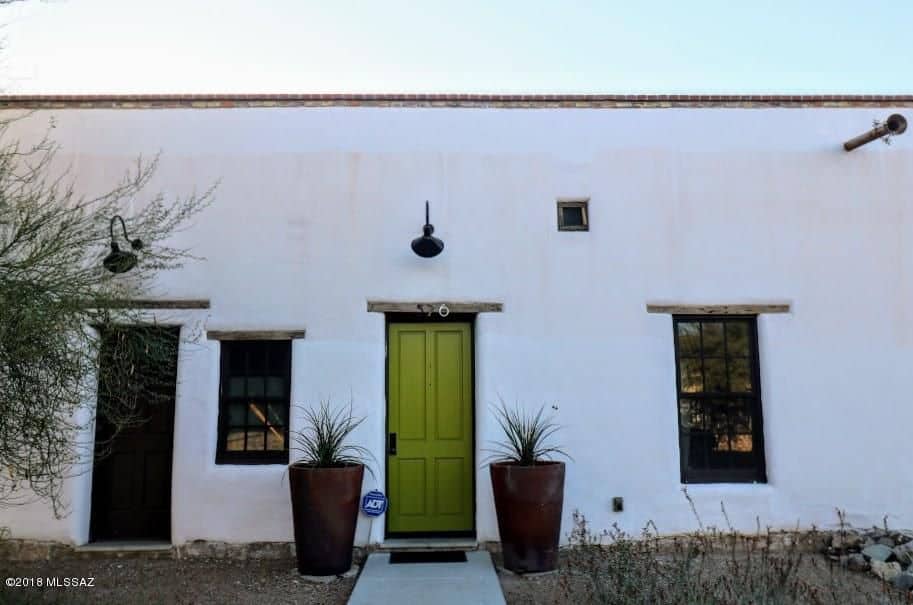 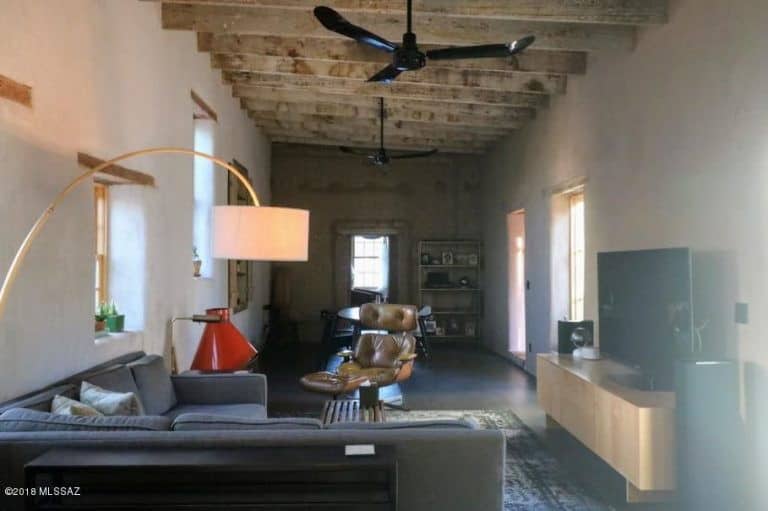 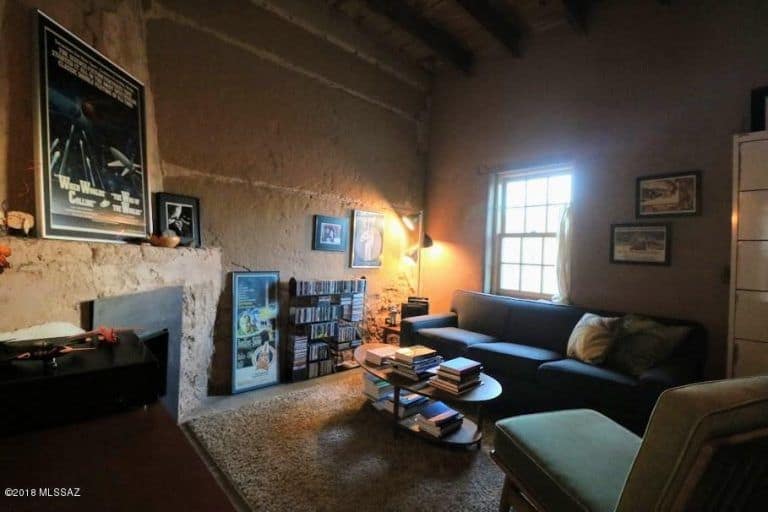 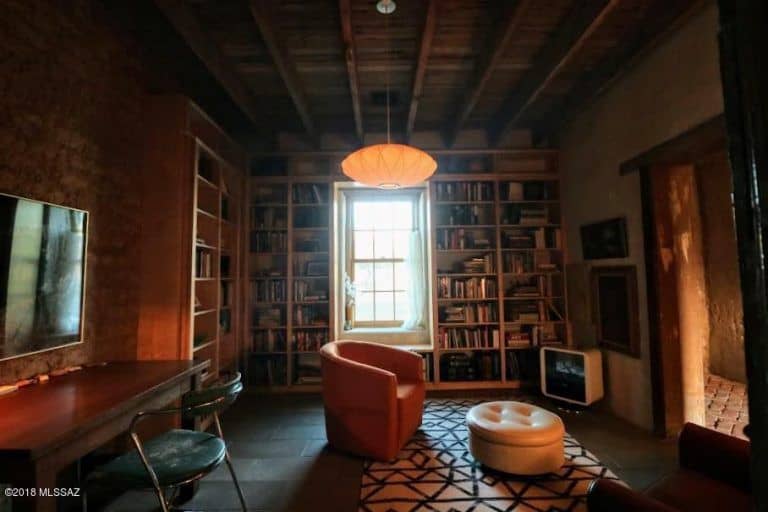 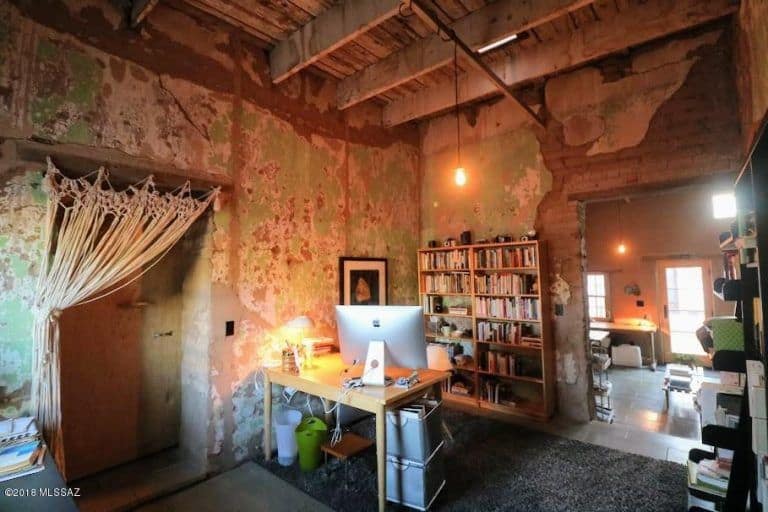 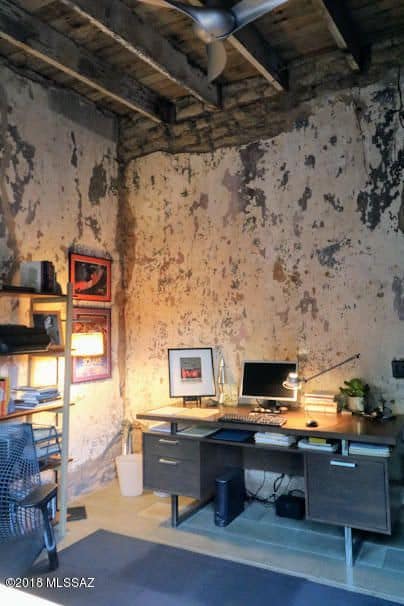 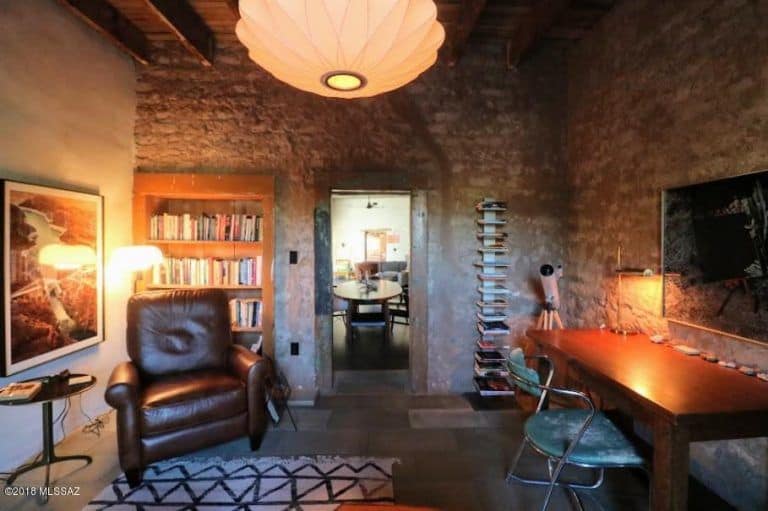 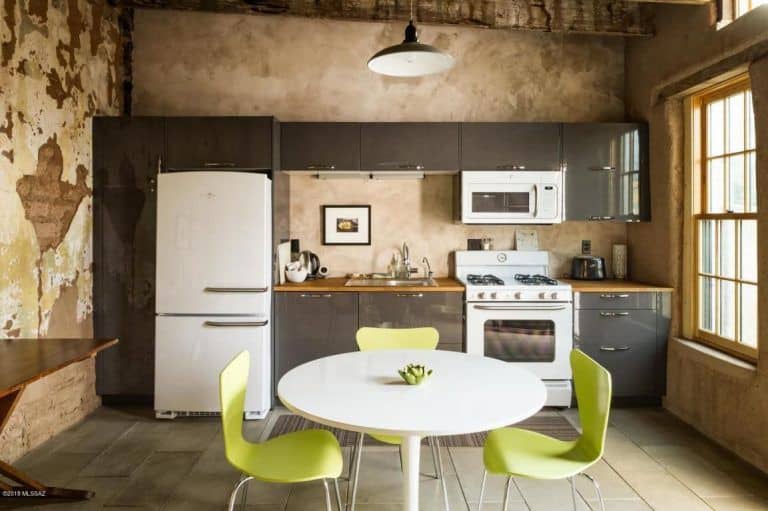 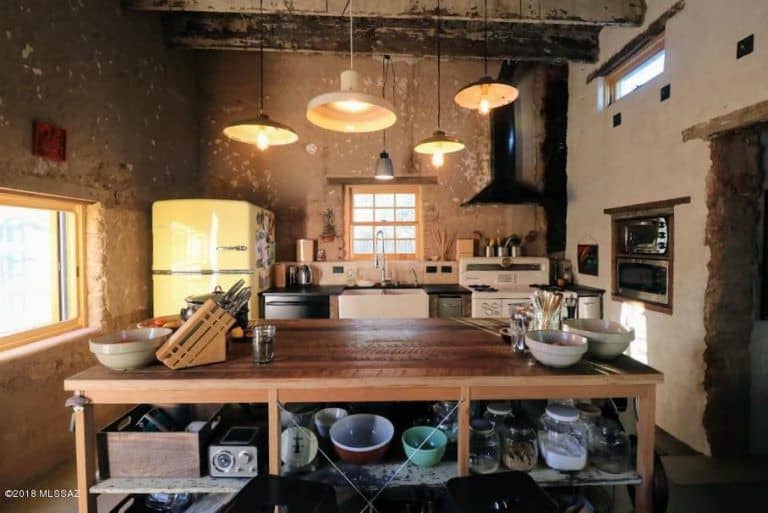 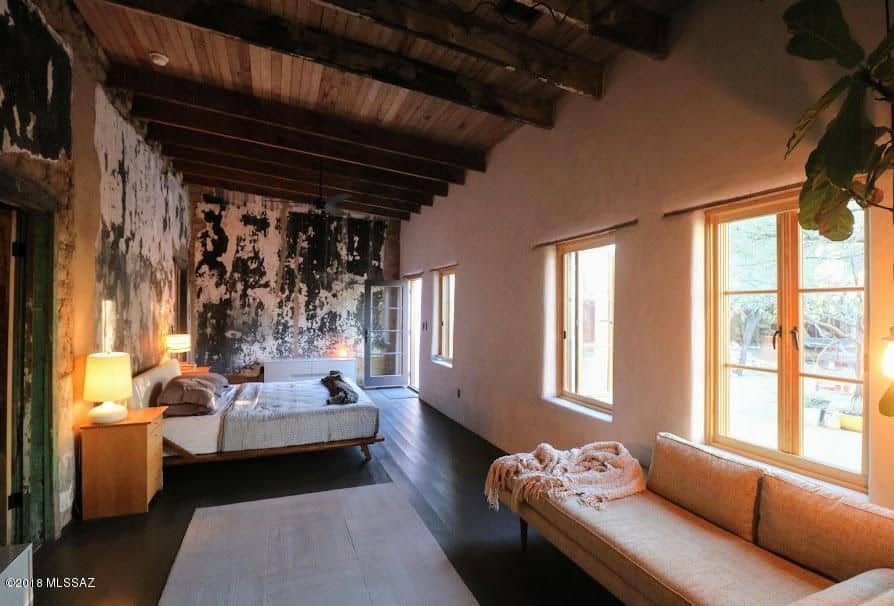 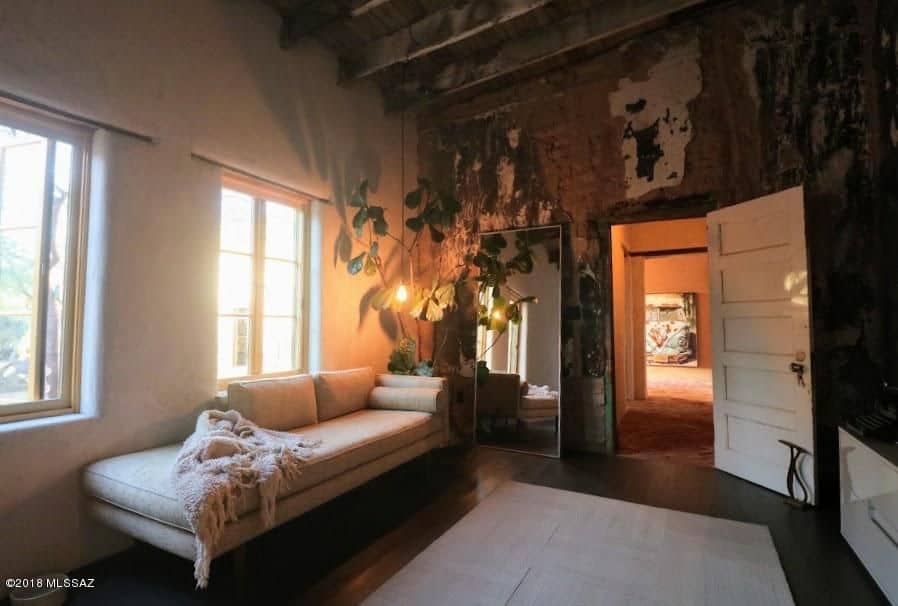 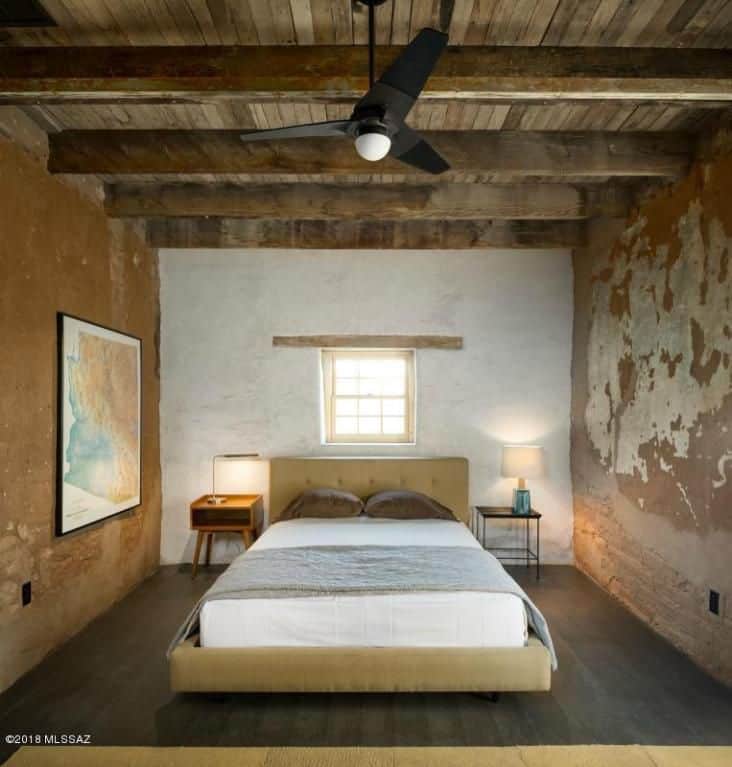 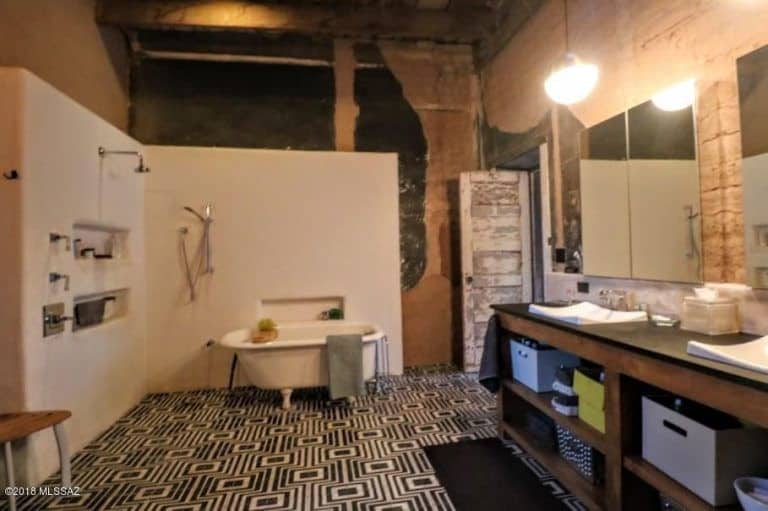 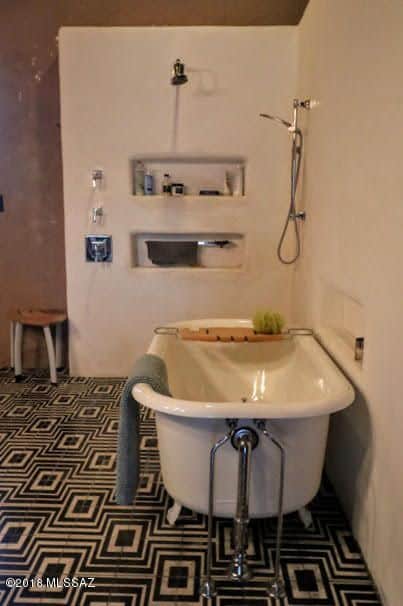 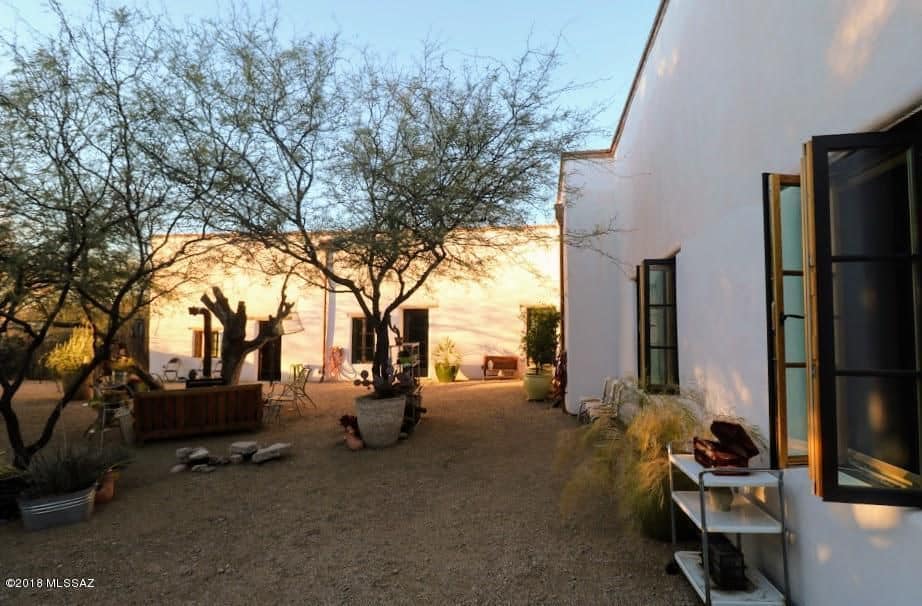 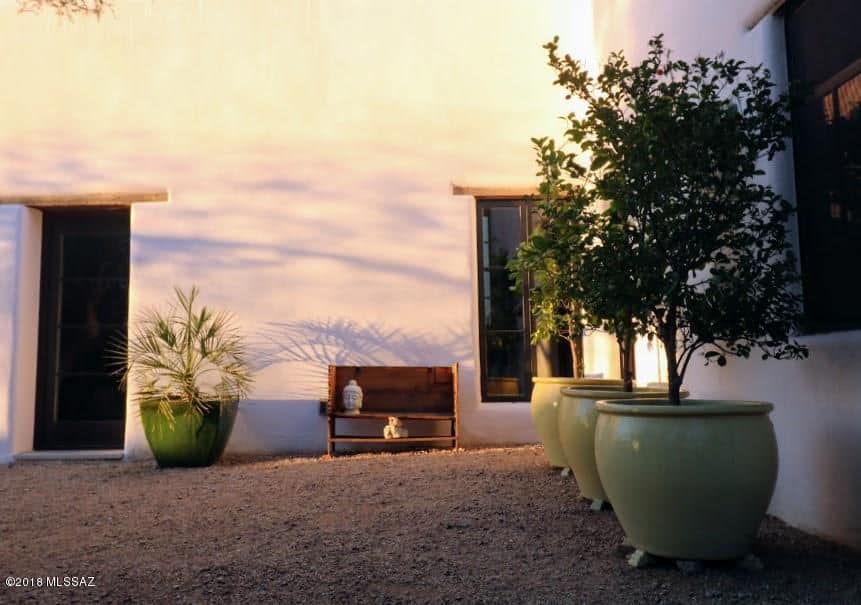 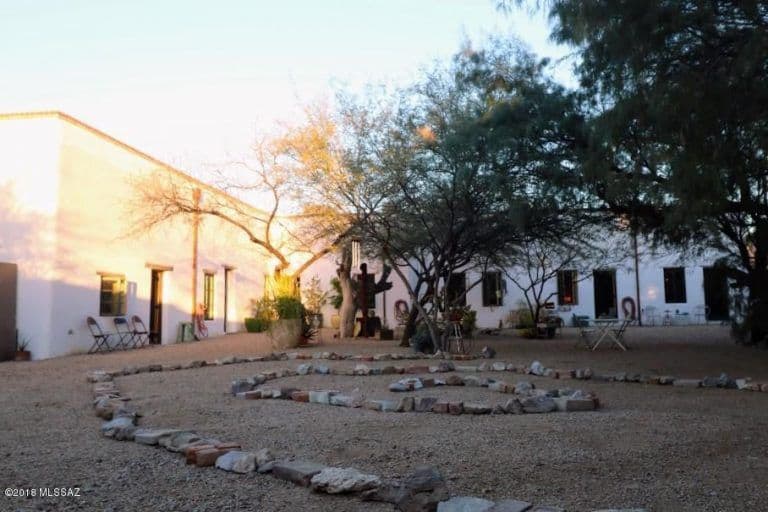 CelebrityNetWorth.com estimates her fortune at $50 million.