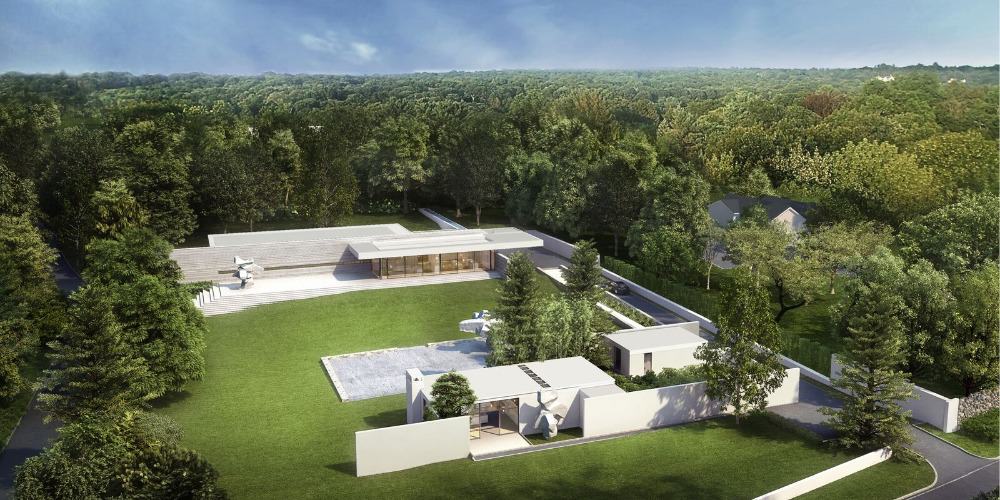 Philip Johnson is a world-renown American architect known for developing designs that defined postmodern architecture. He pioneered designs that make standard designs appear primitive, and even- at times- foolish.

We took a look at one of his most famous works, the Philip Johnson Glass House – and, as the saying goes, we refrain from throwing stones. 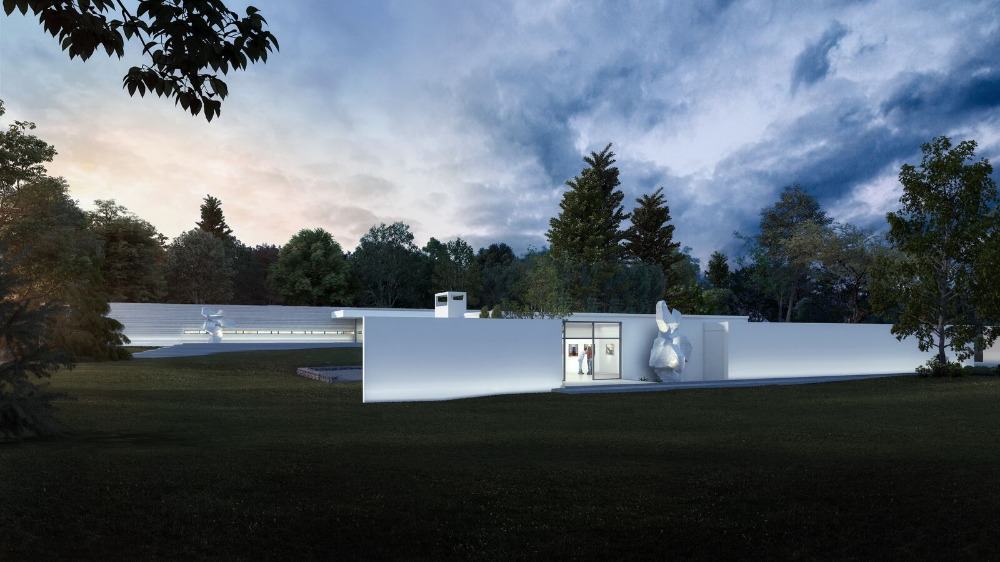 Outdoor view of the house focusing on its marvelous exterior and gorgeous landscape. Images courtesy of Toptenrealestatedeals.com. 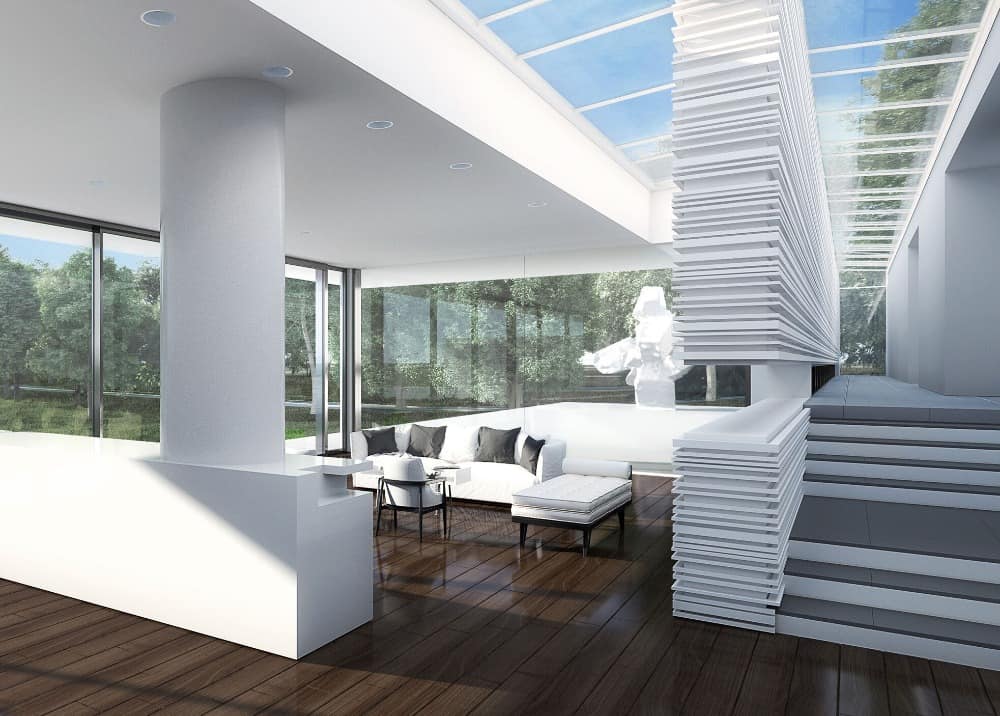 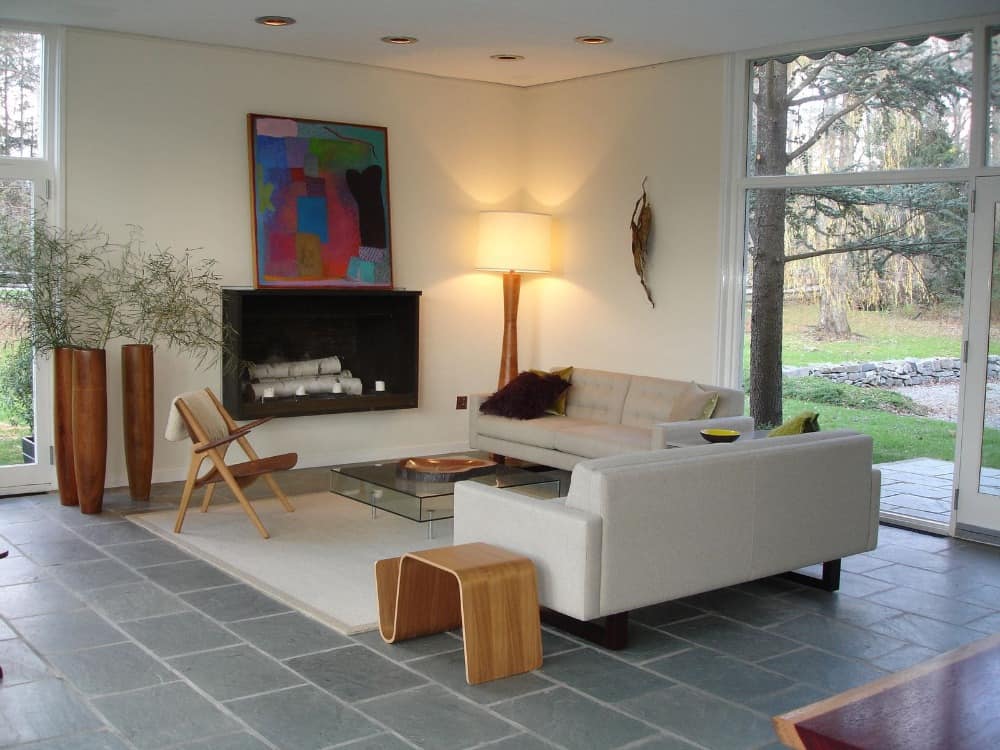 This living space has a pair of nice couches and a modish glass center table on top of an area rug. Images courtesy of Toptenrealestatedeals.com. 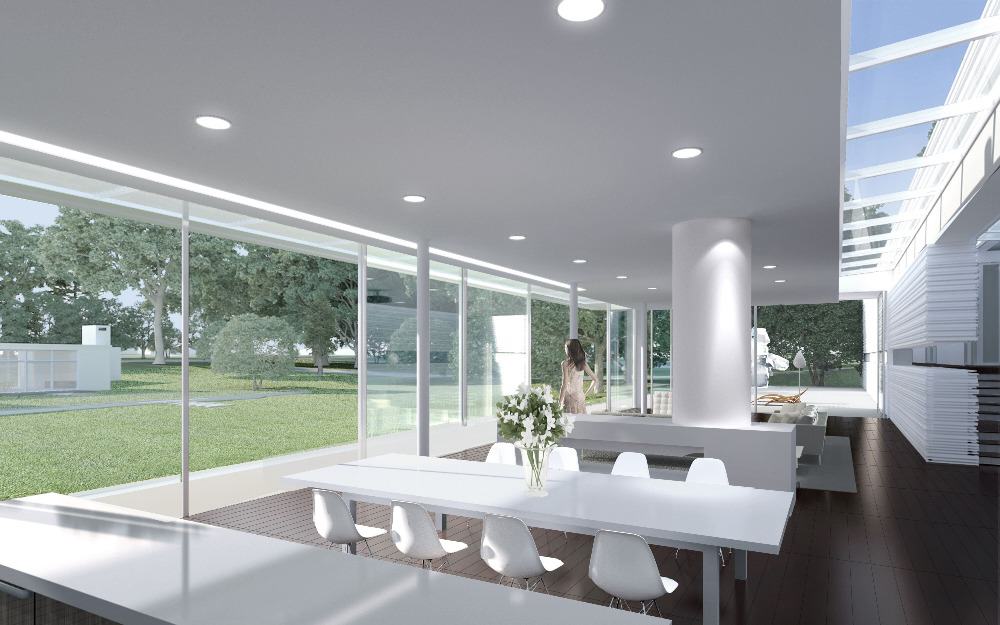 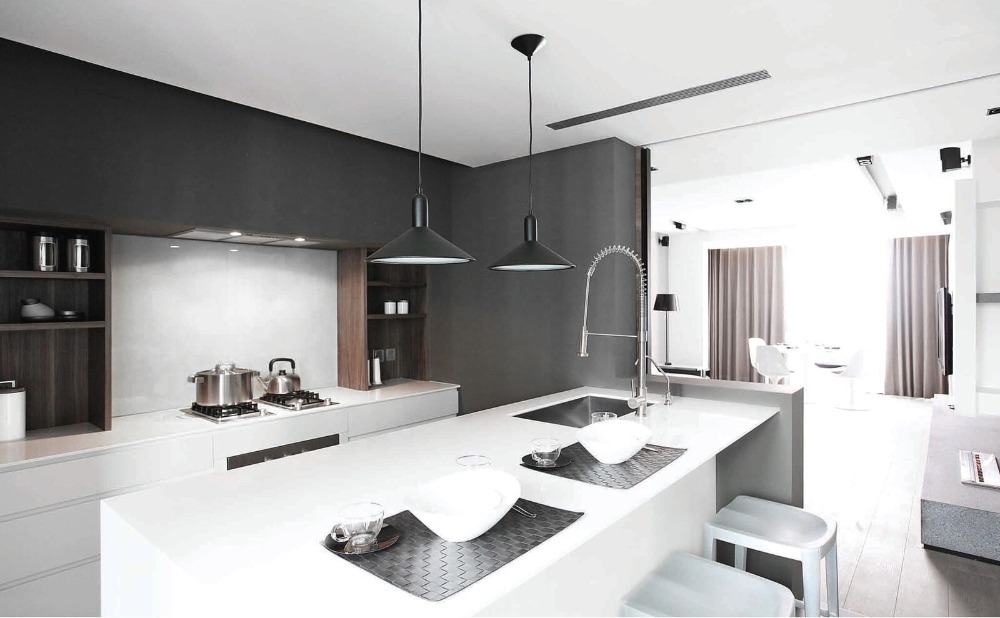 A look at this kitchen with a white center island featuring space for a breakfast bar. Images courtesy of Toptenrealestatedeals.com. 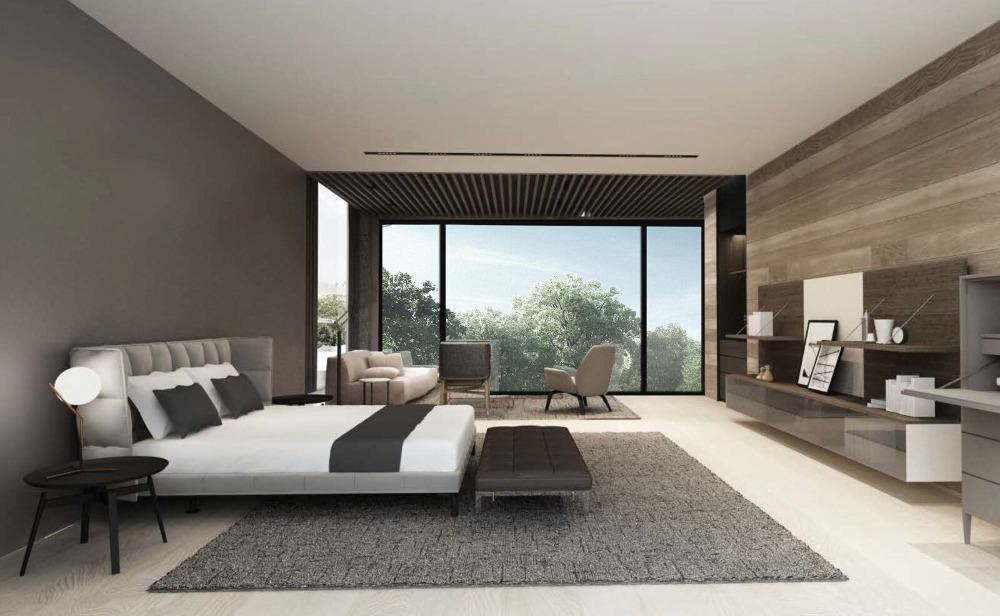 Large primary bedroom suite with a cozy modish bed set along with a small modern living space situated by the glass window. Images courtesy of Toptenrealestatedeals.com. 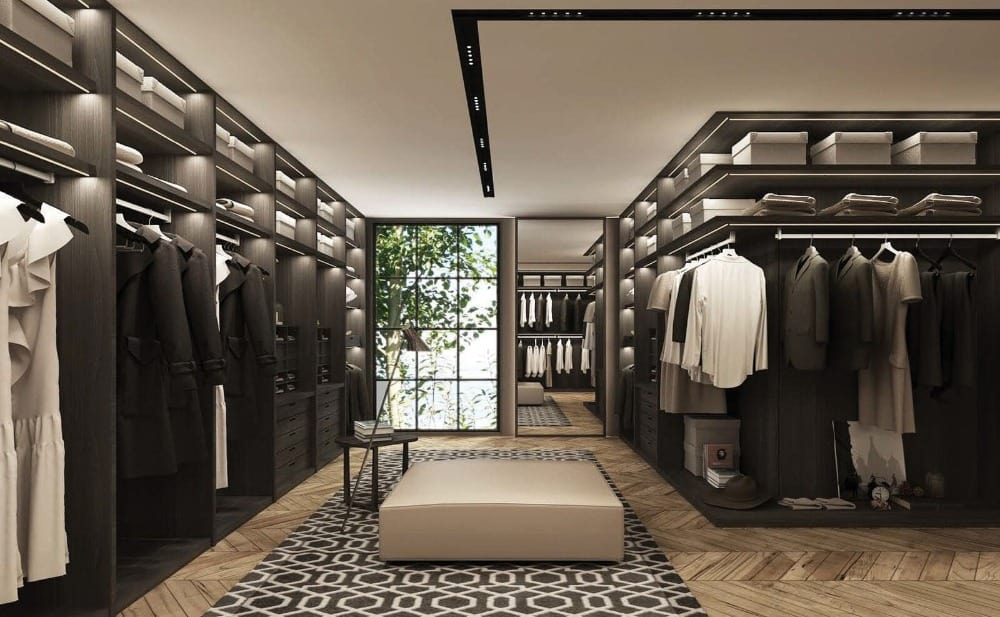 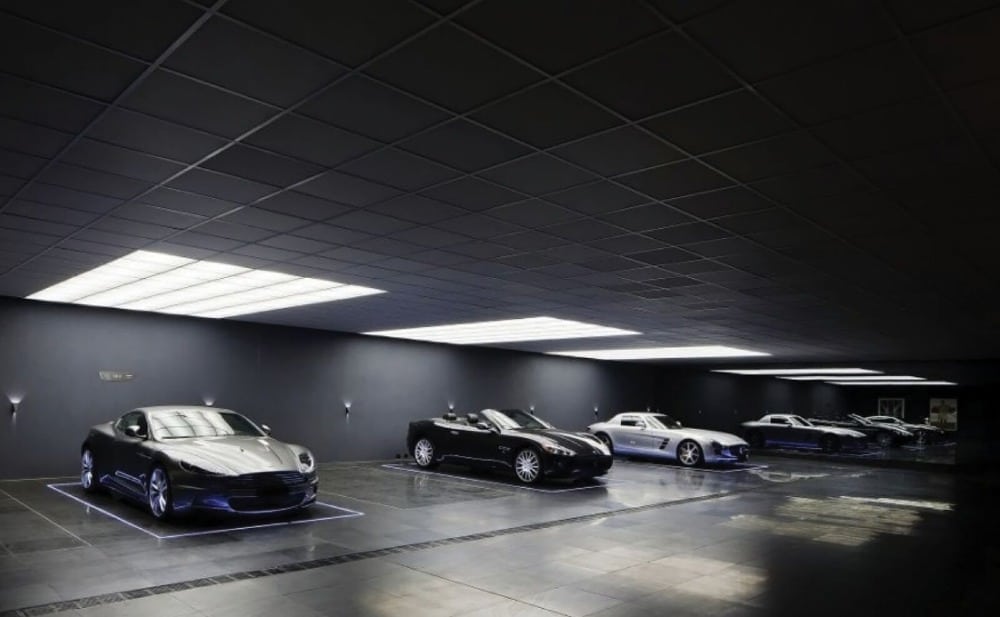 The home also boasts a massive underground garage that can store several luxury and big cars. Images courtesy of Toptenrealestatedeals.com.

The PJ Glass House, built in the 1940s, was way ahead of its time- and still is. Today, it is a museum and is listed in the National Register of Historic Places. It is the star design in a list of advanced postmodern architectural models from around the same period. It stands on just over two acres and encompasses more than 1,400 square feet. It is not for sale but is estimated to be worth $7.5 million.

Looking down on the structure from the air, it must be said that it appears to be unfinished. Resembling one of the famous drawings of M. C. Escher, it appears to be a collection of cubes and square panels designed to draw the eye in one direction or another. However, on closer inspection, we begin to see that the inner portions of these strange structures are rooms. At this point, one cannot help but to move in for a closer look- so it’s a good thing the property was made into a public museum!

Inside, one gets the feeling of being on the pool deck of a luxury cruise liner. Long glass panels compose the outer walls and dark wood planking runs over the full length of the floor. Sturdy white pillars and all-white “deck furniture” reinforce this impression.

The ceiling is only partial and runs the length of the room, which is considerable. The rest of the skyward facing portion of the structure is made up of glass, as you would expect. The wardrobe is built like a 1950s bomb factory with mechanically aligned compartments that appear to be able to rotate in and out of position.

The kitchen is extremely sterile. Its appearance gives such an impression of modernity that few would believe it was built in the early half of the 1900s. White marble and black slate make up most of the surfaces with chrome fittings and features.

The primary bedroom is surprisingly cozy, and thankfully, with an opaque roof. Unlike the rest of the home, large, forgiving rugs cover most of the bedroom flooring. One wall is another enormous piece of black slate and the opposing wall appears to be composed of horizontal wooden pieces. At the far end of the room is a window, like a portal onto the prairie to which is offers a view.