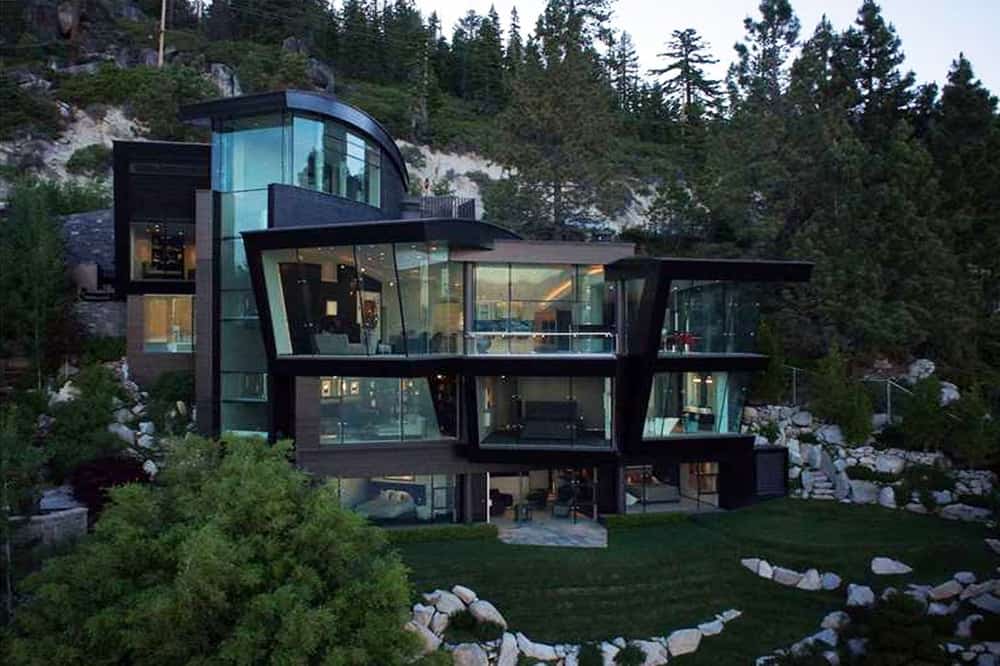 Considered as one of Nevada’s most expensive contemporary homes, this mansion that is built on the edge of Lake Tahoe is now in the market. Located in the Incline Village ever since its construction in 2008, this is now for sale priced at $39.75 million.

The Contemporary-style waterfront mansion is built on a half acre of solid rock cliff. It has six floors of floor-to-ceiling walls of glass and steel that can be accessed via a glass elevator or glass stairwell.

This mansion is measured at 8,694 square feet with four bedrooms, four bathrooms, a dining room that appears to be floating over the water and a round, free-standing fireplace and chimney that can be viewed from the living room. The estate also boasts of balconies with clear railings for unobstructed views, a lawn and access to the steel pier that has a boat hoist.

One of the world’s deepest Alpine lakes, Lake Tahoe, straddles the California – Nevada state line offering prime water, mountain and forest views, hiking and ski resorts that attract wealthy home buyers. Especially to the friendly-tax Nevada side such as Incline Village at the northernmost edge of the lake.

As exhilarating – or laid back if you prefer – as Incline Village is today, the town has attracted adventurers since the Gold Rush days when Mark Twain lived there as a reporter for the Virginia City Territorial Enterprise in the late 1800s writing about the area’s mining boom.

The lakefront village was named after the Sierra Nevada Wood and Lumber Company incline railroad that hauled lumber for the gold mines up the side of the area’s mountains and then dropped it into a flume to be loaded onto the company’s rail cars. Today, residents and tourists enjoy fine dining, shopping, casino gambling, mountains, golfing, and outdoor sports.

Now for sale in the village is one of Nevada’s most expensive and contemporary homes, described by the listing agent as “quite possibly the most spectacular waterfront property in North America.”

Built in 2008 on the edge of Lake Tahoe with huge unobstructed views of the blue lake and snow-covered Sierras through six floors of floor-to-ceiling glass and steel walls, each of the home’s floors can be accessed via a glass elevator or glass stairwell.

Sited on a half acre in front of a solid rock cliff that provides privacy, the 8,694-square-foot house includes four bedrooms, four baths, a dining room that appears to be floating over the water and a round, free-standing fireplace and chimney that can be viewed from the living room and while dining.

The home’s kitchen has such clean lines that without the island would almost be unrecognizable as such. The best and expensive materials, appliances and fixtures were chosen and with the seamed metal roof, makes the house unusually easy maintenance.

The large double laundry and ski locker room combination makes clean up after skiing or water sports efficient even when entertaining a large group. Balconies with clear railings for unobstructed views provide outside space from upper levels with the ground level offering a terrace, lawn and access to the steel pier, boat hoist and two buoys on the 98-foot lake frontage.

Stunning contemporary waterfront mansion on Lake Tahoe in Incline Village, well-known for its sports and entertainment amenities as well as being a tax haven for the wealthy, is priced at $39.75 million. Co-listing agents are Janet O’Donnell and Michael Oliver with Christie’s Oliver Luxury Real Estate in Tahoe City. 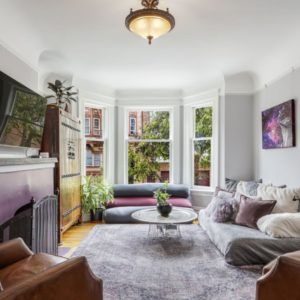 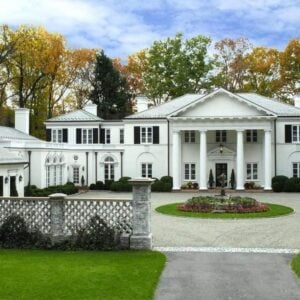