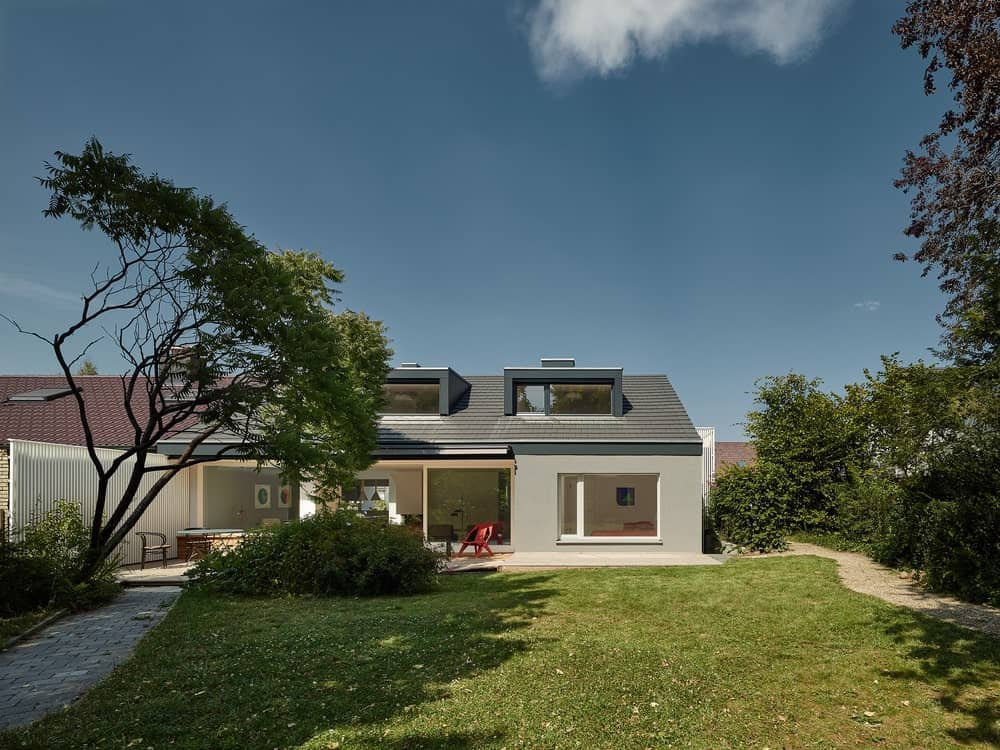 It was not a light-hearted decision for the architect and his family to exchange the apartment from the Gründerzeit in the city of Stuttgart for a semi-detached house from the 1960s in the country. Above all the low ceilings and the cramped layout of the new home caused quite some headaches.

The solution consisted of tearing down walls and new openings in the ceiling. Michael Ragaller defined the following working title:  “Despite everything! How we learned to love the 1960s.”

In the north and thus facing the street, the house is a two-story building structure with a small garden in front. Towards the south, however, the house accommodates the slightly ascending topography with a story-high structural projection and only has one story on the higher, southern part of the site. Here the main garden extends, quiet and protected, with a marvelous, almost 50-year-old stock of trees and plants.

On the access level area a guest apartment and the working area with a view of the garden in front towards the street. The basement and the technology rooms are hidden underground towards the slope. Single-flight stairs – where were installed oak floorboards and which were widened to form a seating bench at the level of the first step – leads from the cloakroom newly covered with concrete tiles up to the living area which opens with a glass front at ground level to the residential garden towards the south.

By removing partition walls, opening the so far separated kitchen, and exposing the stairs leading further up to the top floor, a flowing space was created, a generous kitchen-, dining- and living area. The stairs now function as a partition, with the newly installed heating fireplace and the opening up the ceiling all the way to the inclined roof area.