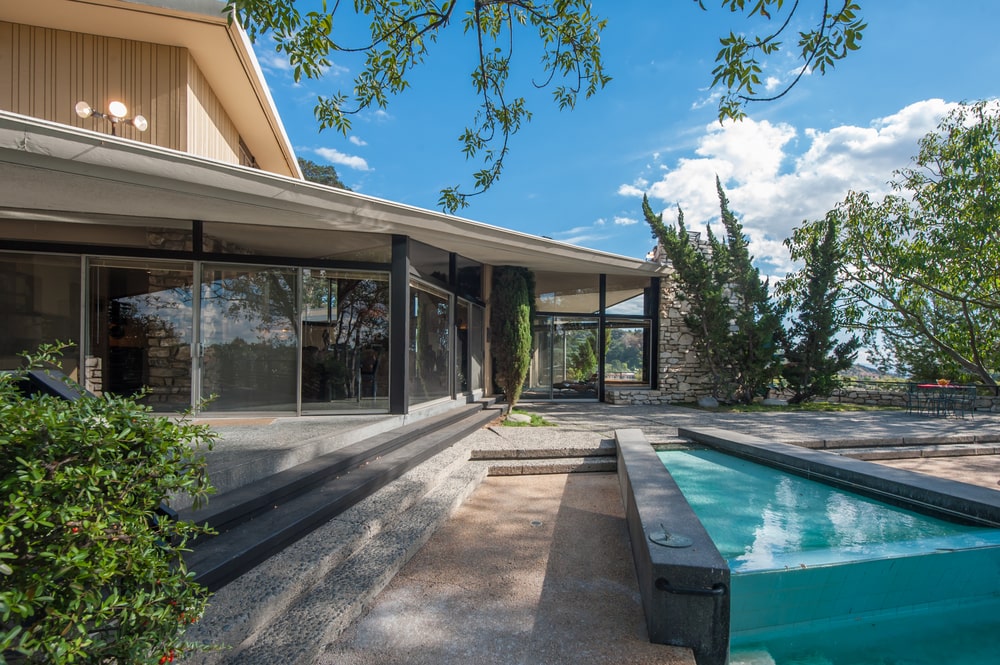 Heston is gone now, but the home he and his beloved wife, Lydia, lived in for 56 years is on the market for $12.249MM. This 9,667-square-foot, 5 bedroom, 6 bathroom home sits on 2.9 gorgeous acres on a knoll. Heston's home is listed by Nourmand and Associates in Beverly Hills.

Most famous for playing Moses in The Ten Commandments, Charleton Heston had a face that he himself proclaimed belonged “in another century.” Heston attended Northwestern University in Evanston, Illinois on a full scholarship to the School of Acting. His beloved wife, Lydia, also attended the Northwestern School of Acting. They both worked on television and on the stage, but on film is where Heston found his true calling.

The directors in Hollywood cast him in the role after role portraying times long past and created cinematic masterpieces. He was commanding in his role in movies, such as Antony and Cleopatra (1947), Ben Hur (1959), and Planet of the Apes (1968). Heston won an Oscar for Ben Hur. In The Ten Commandments, he not only played Moses but provided the voice of God. As well, Fraser, his son, who was only three months old, played baby Moses in a basket floating down the Nile.

William S. Beckett was hired by the Hestons to design the home of their dreams in the neighborhood of Coldwater Canyon in Beverly Hills, California in 1959. They were very hands-on during construction and were always taken aback at the views from the home site.

You walk into a spacious, open, two-level living area with a great variety of seating, cherry wood coffee tables, and a piano, with hues of white with gold and blue. There is a formal dining room with a long, large, black dining room table, black leather straight-back chairs, and a glass wall facing outside. There is a marble bar. The primary bedroom suite is decorated in tones of beige with dual bath areas and huge walk-in closets. A greystone panel houses the fireplace.

Marvel at the two-story library with huge bookshelves that line the walls and glass windows above, next to the ceiling. There is a rounded staircase up to the second story, which is an office overlooking the library. The inner wall is stone, while the outer walls are glass. Sit at the maple wood desk or in the blue chaise lounge. Work or relax in the huge, three-story artist’s studio accessed via an elevator, which contains a screening room, bedroom, bathroom, and observation deck. The walls are white with light hardwood flooring and trim and glass outer walls.

Outside, a spa pool sits to the side, elevated slightly over the swimming pool, which has a small dining area. Exercise on a pro-size tennis court with shrubs and tall trees that shade the balcony above. Cook on the built-in barbecue. Relax on the black deck that encircles part of the house.

Heston’s home is listed by Nourmand and Associates in Beverly Hills.

Heston was awarded the Presidental Medal of Freedom by President George W. Bush for his great films and political contributions.