Actress Whoopi Goldberg pulls a fantastic act as she sells the Moderne style estate she's been calling home since 1993. Located in the Riviera neighborhood of the Pacific Palisades, it's a sprawling 7039 square feet estate with six bedrooms and six bathrooms. 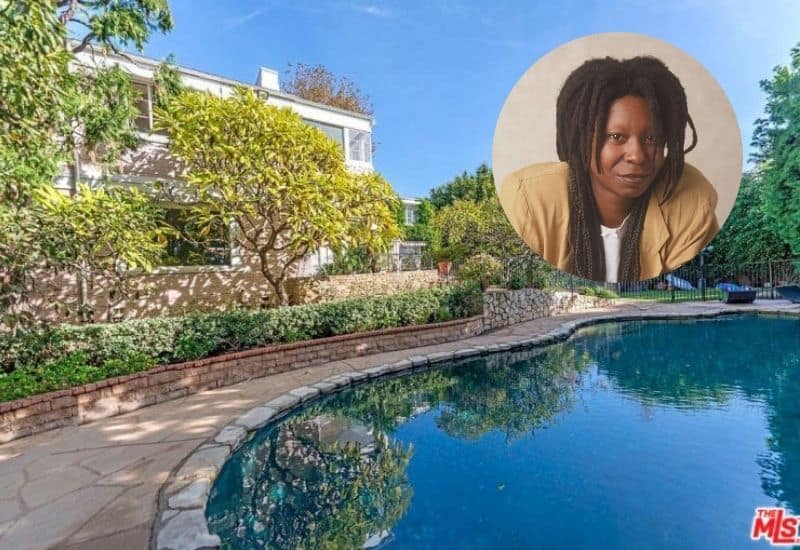 Whoopi Goldberg is set to make millions in profit if she manages to sell her longtime Pacific Palisades home.

The award-winning actress, comedian, human rights advocate, and “The View” host is one of the small circle of celebrities with an EGOT status for having won an Emmy, Grammy, Oscar, and Tony Award.

Born in New York City in 1955 as Caryn Elaine Johnson, Goldberg decided to change her given name for being too boring. She grew up in a housing project in Manhattan’s Chelsea section raised by a single mom with her older brother. Her dyslexia caused her to struggle in her studies and drop out of high school at 17. Despite this, she later earned a Ph.D. in literature from New York University. For her home life, she has a daughter.

Goldberg has won several recognitions for her dramatic and comedic roles as well as her role in raising the status of African-American women in Hollywood.

Goldberg’s success in starring or producing original materials for theater shows, particular for “The Spook Show” in 1983, opened opportunities for her, even a Grammy Award for Best Comedy Album for her recorded skits from the show. Director Steven Spielberg then casted her as the female lead in “The Color Purple” in 1985. The movie won several awards and Goldberg’s role earned her her first Golden Globe Award for Best Actress and an Oscar nomination. Since then, she has appeared in over 150 movie and TV productions.

For her role in “Ghost” in 1990, Goldberg received her 1991 Academy Award for Best Supporting Actress, the second African-American woman to do so. It also earned her a second Golden Globe Award.

She received further recognition for starring in “Sister Act” in 1991, one of which was another Golden Globe nomination for Best Actress in Comedy. The first film’s success led to the filming of “Sister Act 2: Back in the Habit” in 1993.

She launched her own TV show “The Whoopi Goldberg Show” in 1992, although it was canceled a year later due to low ratings. She was also the first woman to host the Academy Awards when she did in 1994, 1996, and 1999. She earned a Tony Award in 2002 for producing the Broadway show “Thoroughly Modern Millie.” Goldberg garnered an Emmy for starring in the documentary “Beyond Tara: The Extraordinary Life of Hattie McDaniel” in the same year.

Since September 2007, Goldberg has been one of the moderators of the daytime talk show “The View,” where she won another Emmy together with the cast in the Outstanding Talk Show category in 2009. She also appeared on the TV musical “Glee” and wrote a book in 2015.

Goldberg launched a medical marijuana business with a partner to help women battle menstrual cramps, something that she also suffers from.

She is a gay and lesbian rights activist and a member of the NRA.

Goldberg’s longtime home has six beds, six baths, all sitting on 7,039 square feet. The modern home was constructed in 1933, so it still retained features from Hollywood’s golden era, such as its Art Deco look. It is safely nestled behind lush landscaping and mature trees, giving its residents ultimate privacy.

The moment you enter the house, you will be greeted by its black and white checkerboard flooring in marble and crown moldings. It also has a dining room, living room, family room, library, and multiple fireplaces. Cooking in its newly remodeled kitchen can give you a view of the pool and the woodland canyon scenery below.

The property also has a guest house that boasts of a kitchen, fireplace, and bathroom.

Aside from this Pacific Palisades home, Goldberg also owns a condo in SoHo, Manhattan and a $2.8 million home in West Orange, New Jersey. She once owned the 745-acre Robinson-Winchester ranch in Marlboro, Vermont.

If Goldberg successful sells her Pacific Palisades home, she’d be enjoying a $6 million profit that would have her busting out a glorious song number like she did in her Sister Act films. 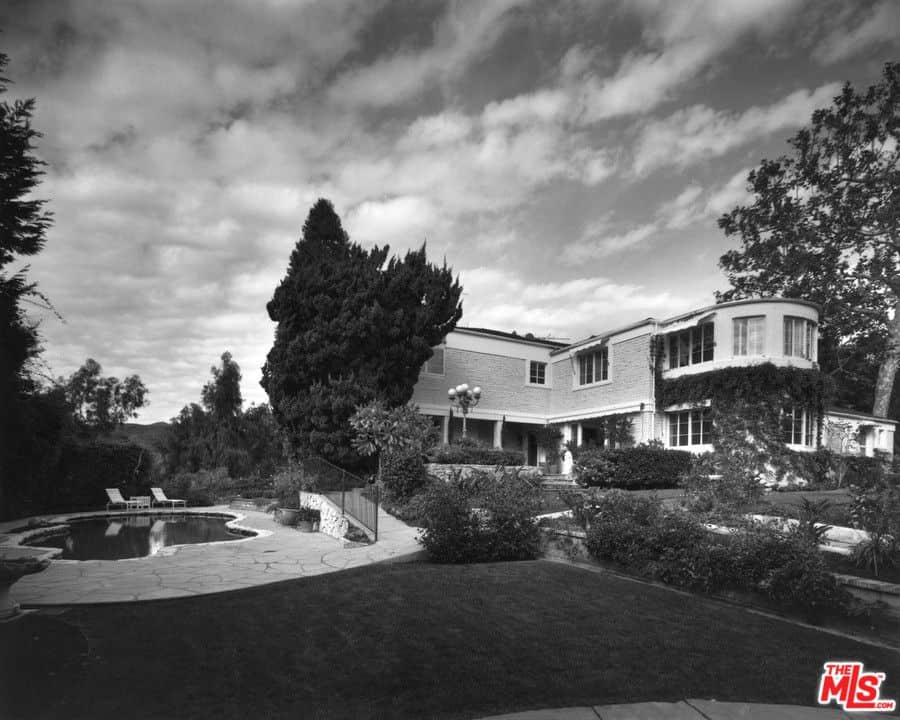 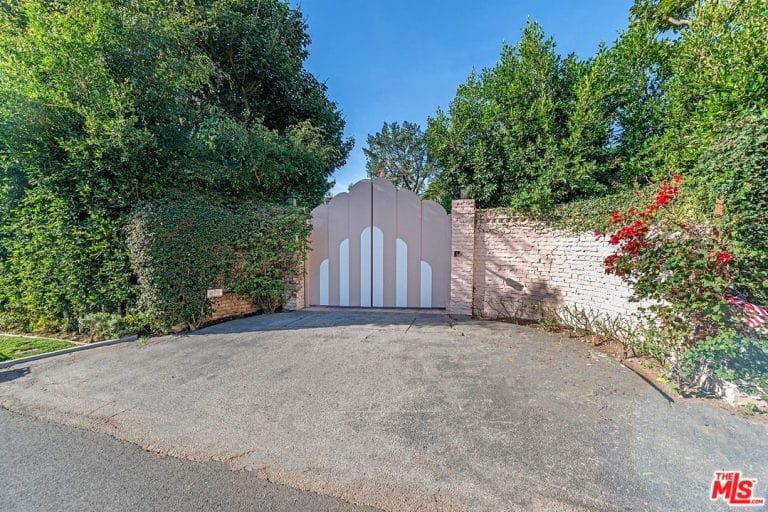 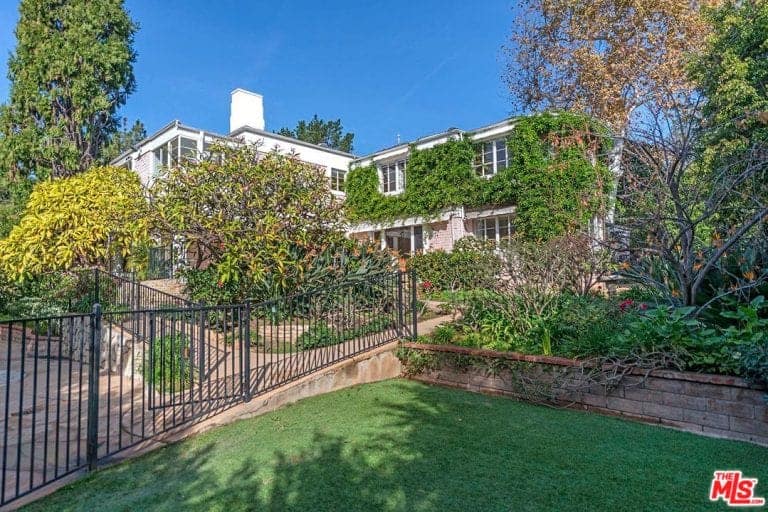 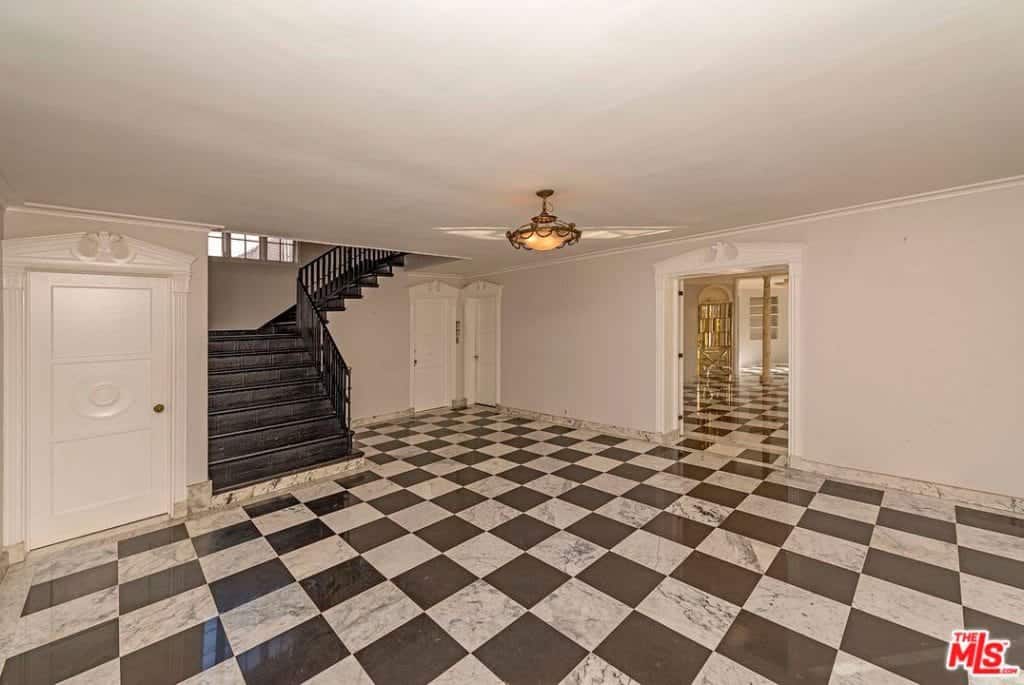 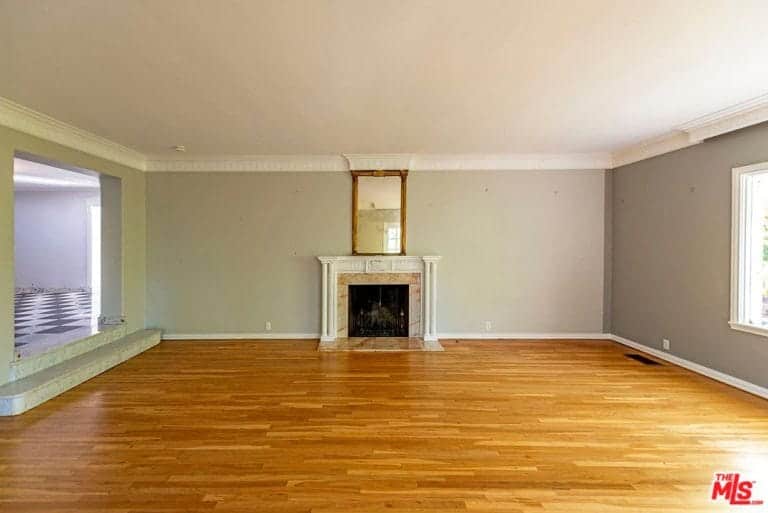 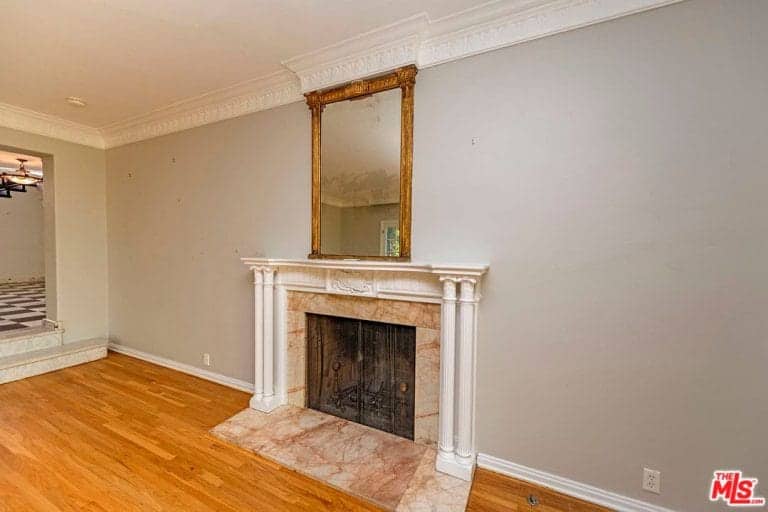 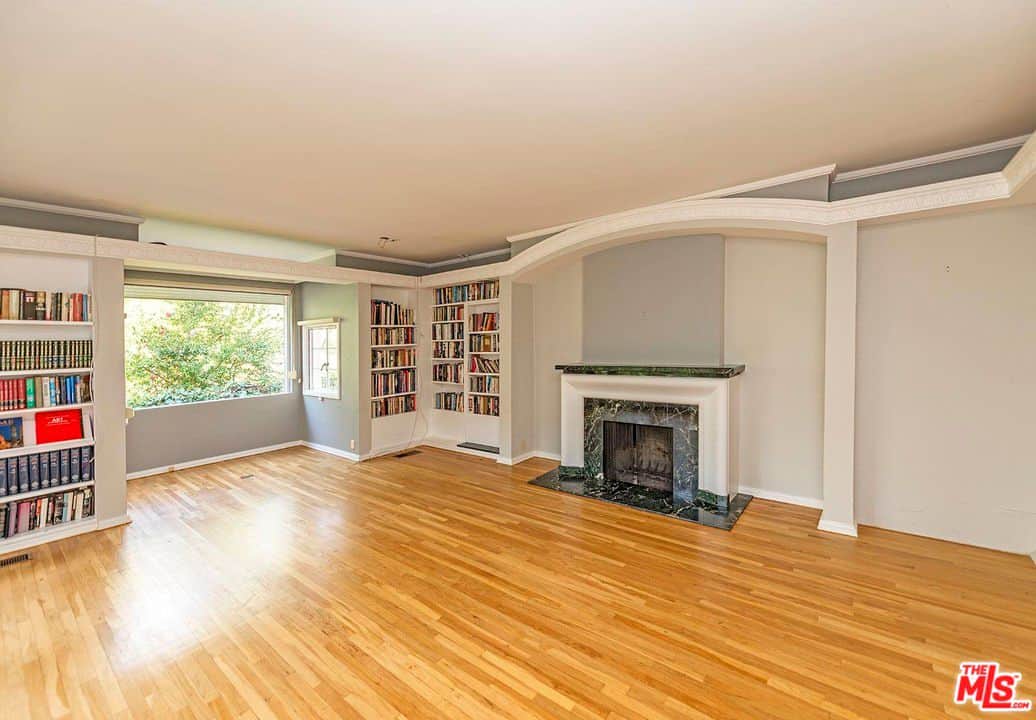 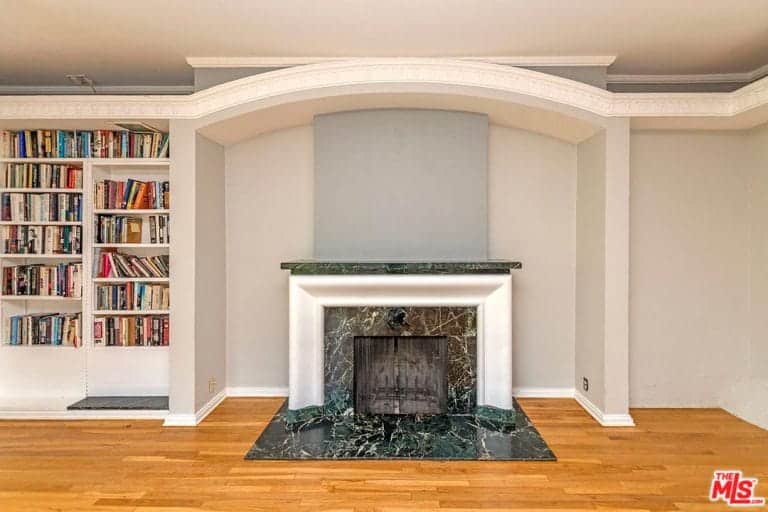 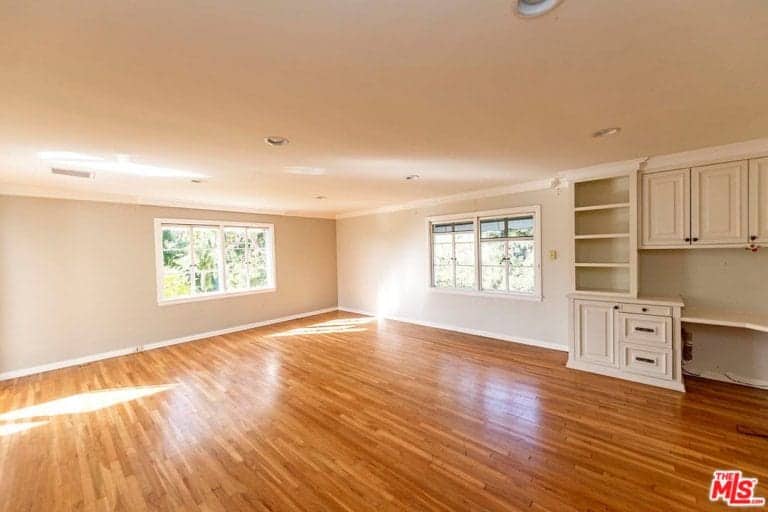 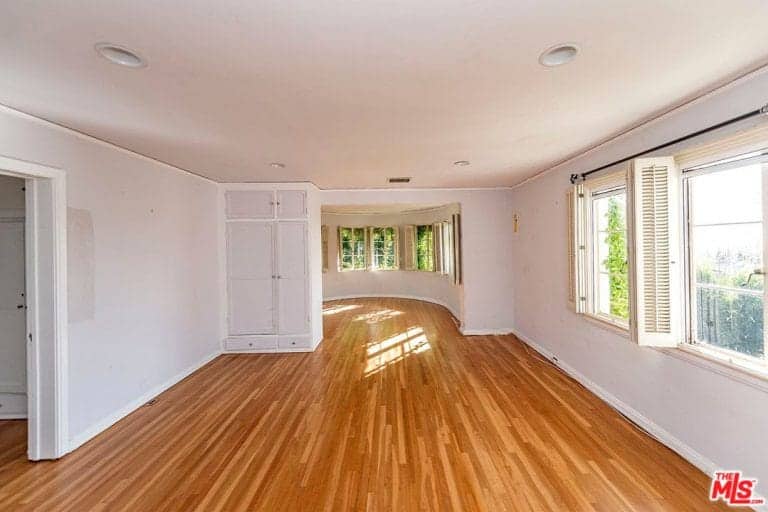 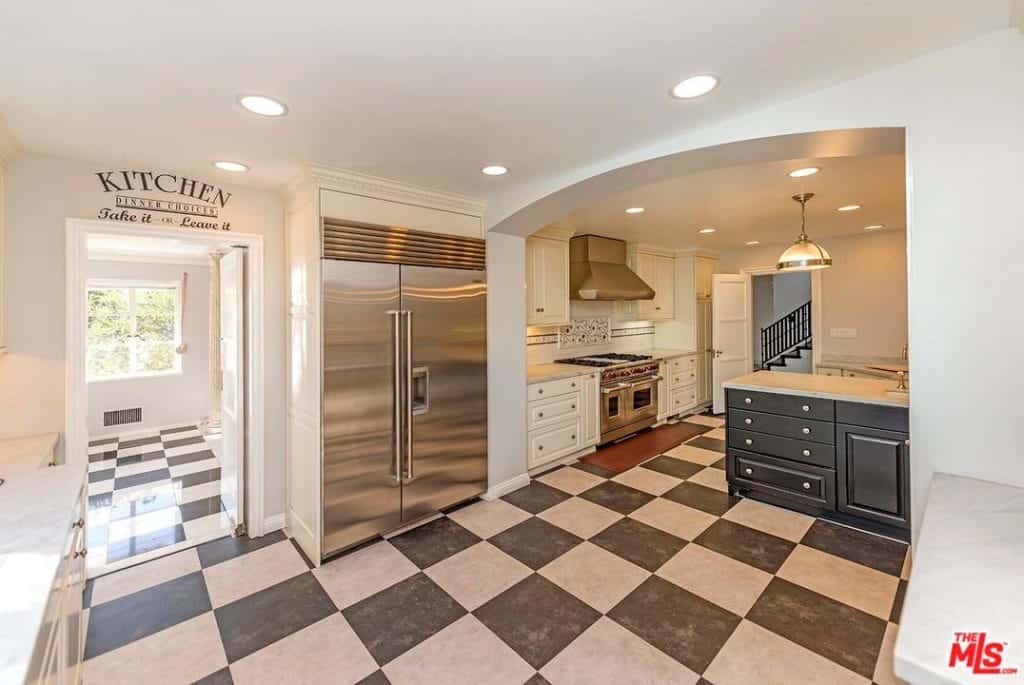 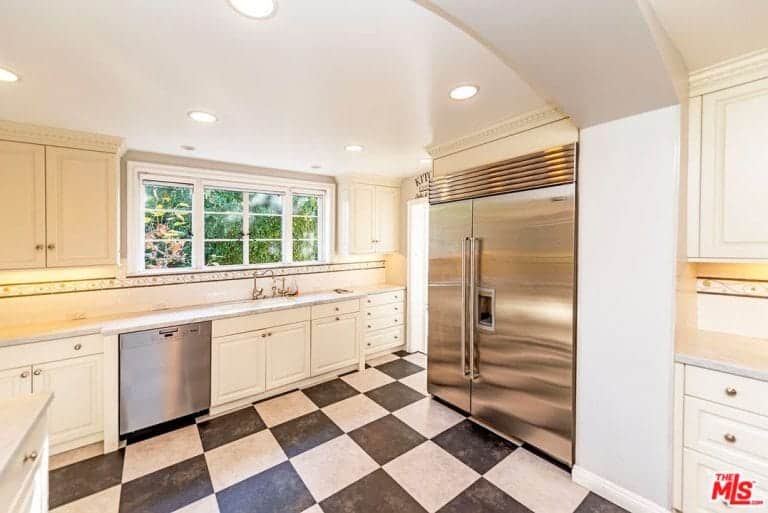 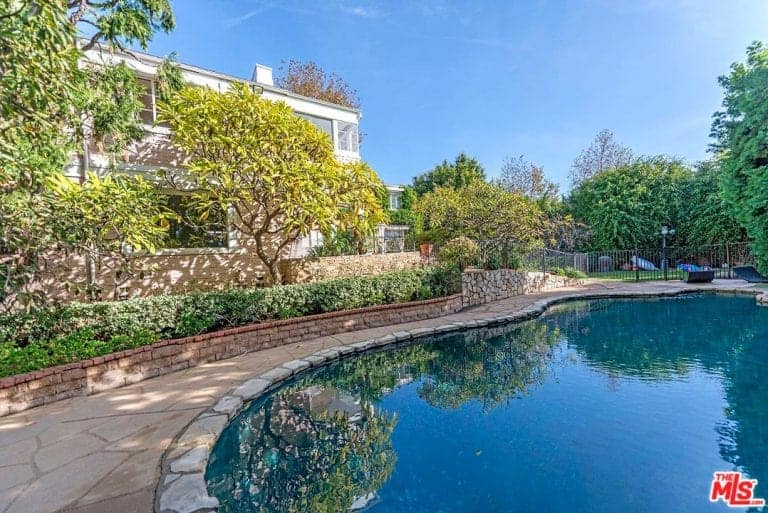 CelebrityNetWorth.com estimates her fortune at $45 million.