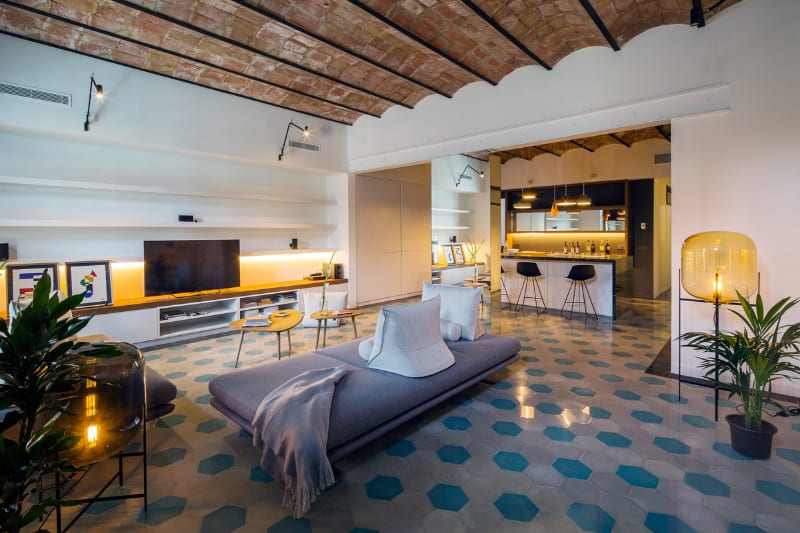 The House of Mirrors is located in the Placa Catalunya, which is a central square positioned in the heart of Barcelona, Spain.

Nook Architects built this project in 2016. The home is on one of the highest floors of a centrally located building in the beautiful city.

The goal of this project was to create an ideal location for the homeowner to entertain guests. Part of this vision included the kitchen as the focal point of the layout. The architects decided to place the kitchen in the middle of the home, so it could serve as a perfect meeting or gathering area for the homeowner and any guests that he was entertaining.

It’s not a conventional kitchen. When you enter the area, you feel more like you’re in a gastro bar, as opposed to the kitchen of someone’s home. To compliment the kitchen, there is a wine cellar, which can hold over 600 bottles of wine.

They positioned the living room on the outermost area of the floor plan. Originally, there was a load-bearing wall that separated the two spaces. The architects partially took down part of that wall to give the area a more open feeling.

The remaining pieces of the wall still show a separation between the living area and kitchen, but they blend together nicely and almost interact as one giant room.

There is a large bath in the primary bedroom suite. From the primary bedroom, the homeowner can access an intimate patio area. A large closet separates the bedroom from the hallway, which leads to the guest bathroom and guest bedroom down the hall.

The Lighting and Mirrors

The House of Mirrors has ten different openings to the outdoors. These openings include balcony doors and windows. The architects used mirrors to increase the presence of the windows and doors.

There are three large windows in the hallway that overlook the atrium of the building. Mirrored panels in the hallway add to the view and also make the area look larger than it actually is.

The high ceilings, windows, doors, and mirrors also add lots of natural light to space. There are also beautiful views from inside the home of the center of Barcelona. For a closer look at the city, the homeowner and guests can see from the balcony and windows.

The architect used materials such as ceramic slabs and iron beams for this project. They also used some mood, granite, steel, and glass, which are all neutral tones and fit in perfectly with the atmosphere and lighting in the House of Mirrors. 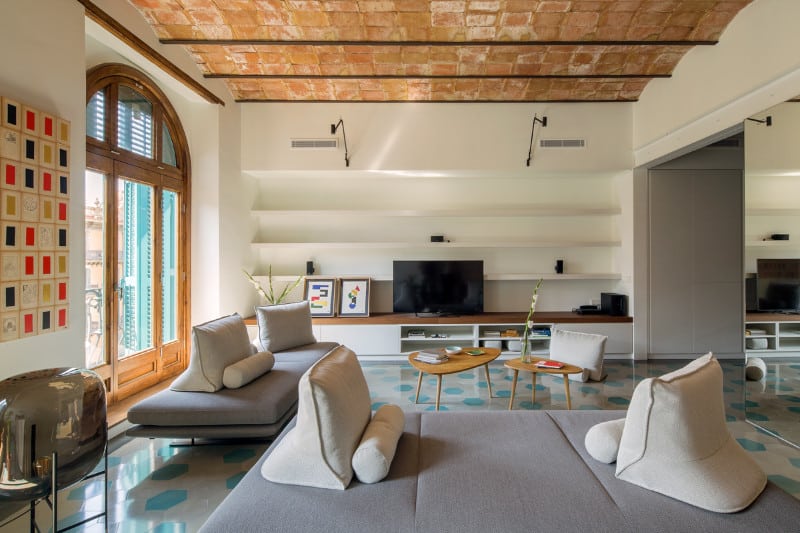 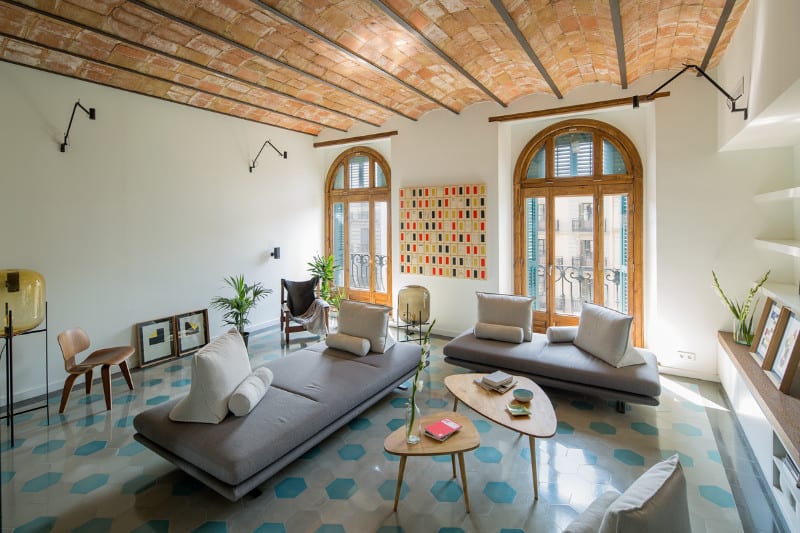 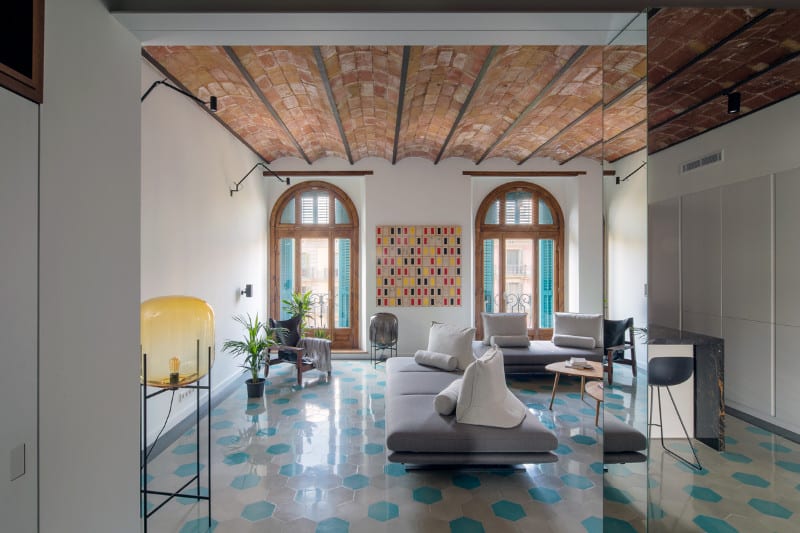 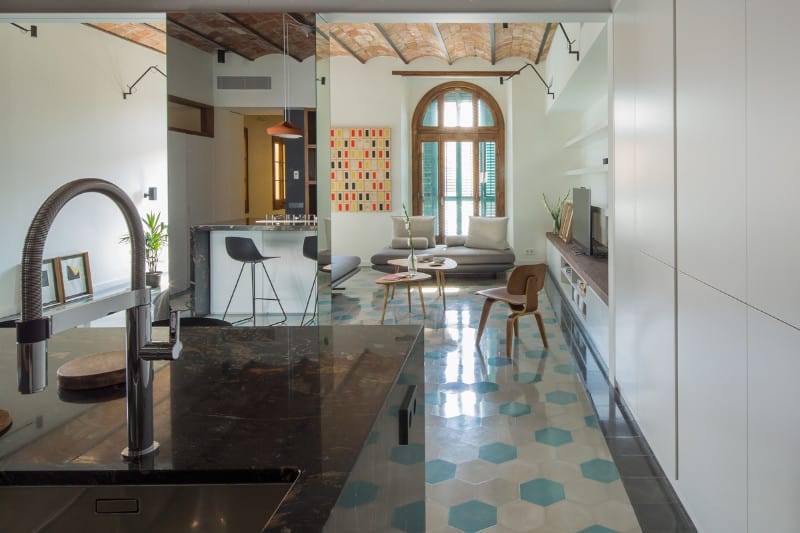 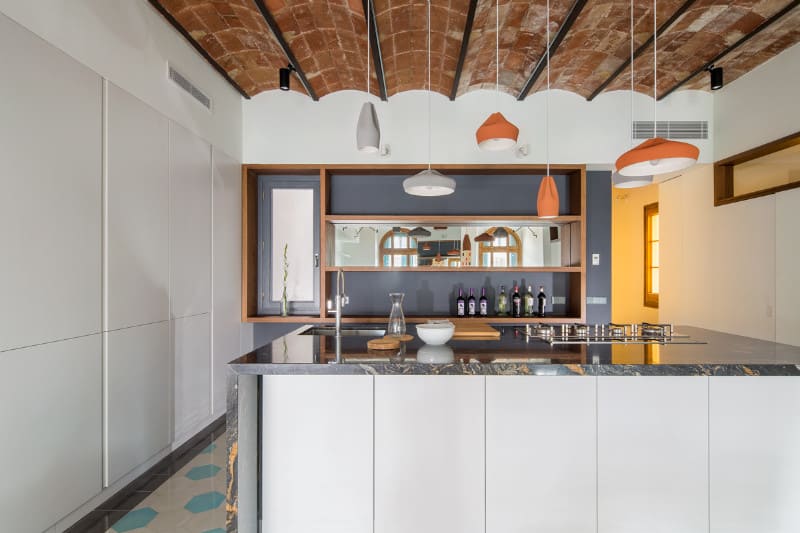 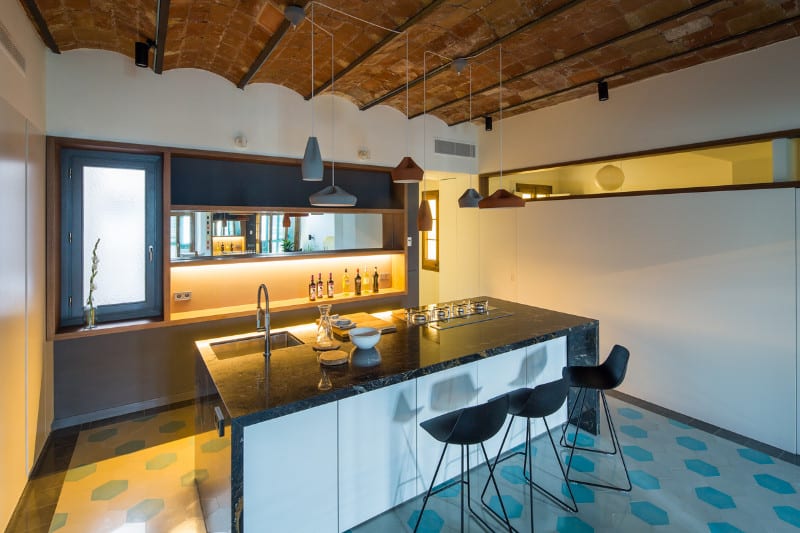 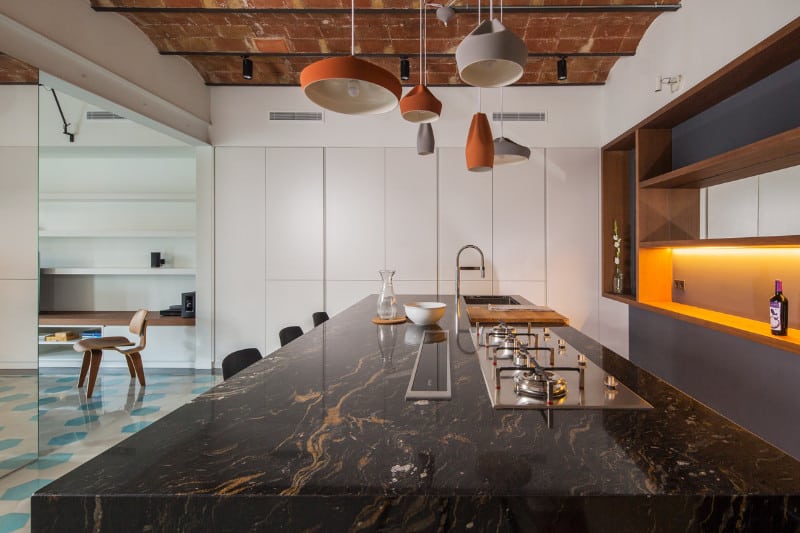 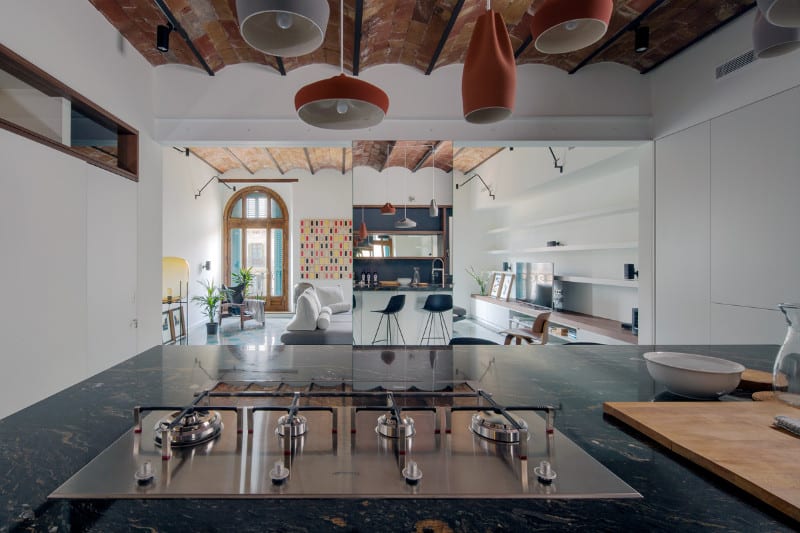 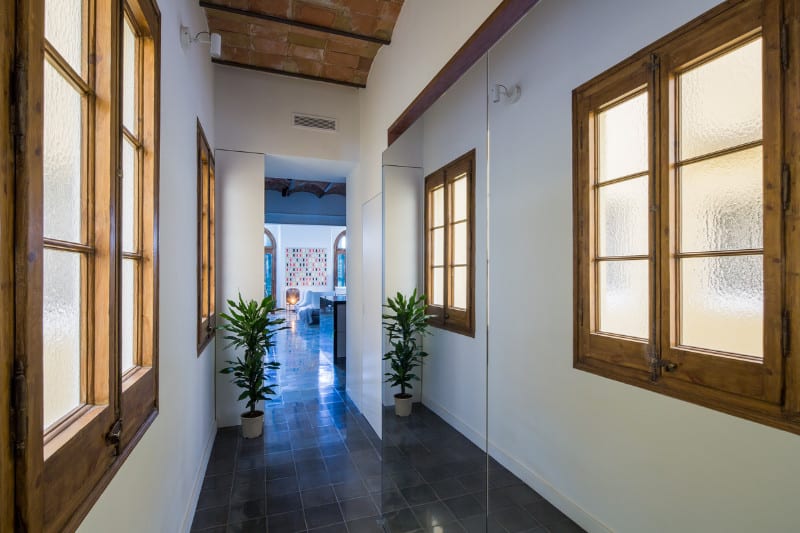 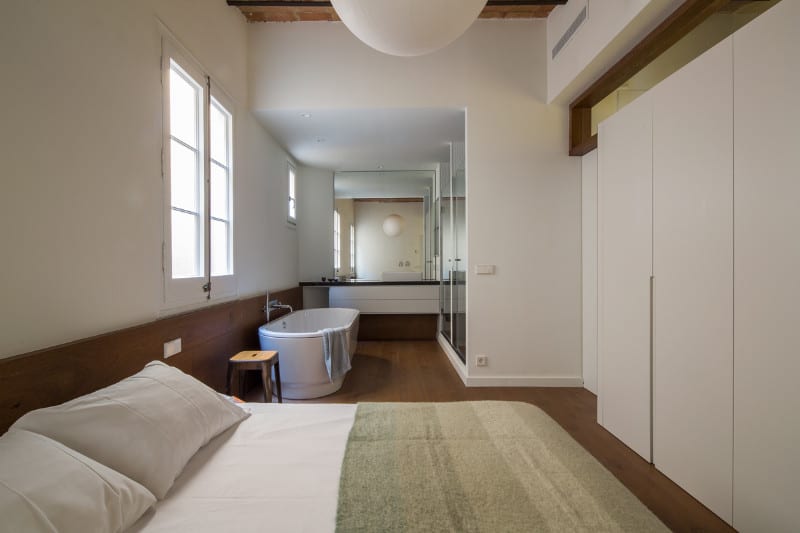 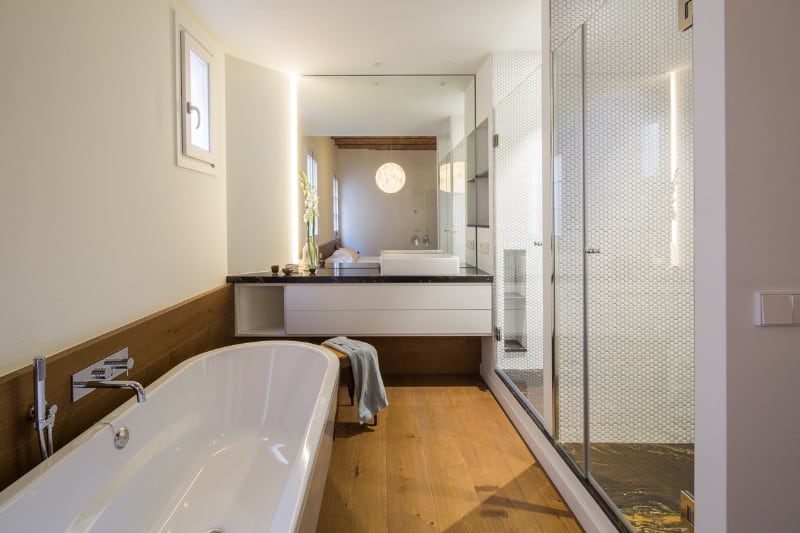 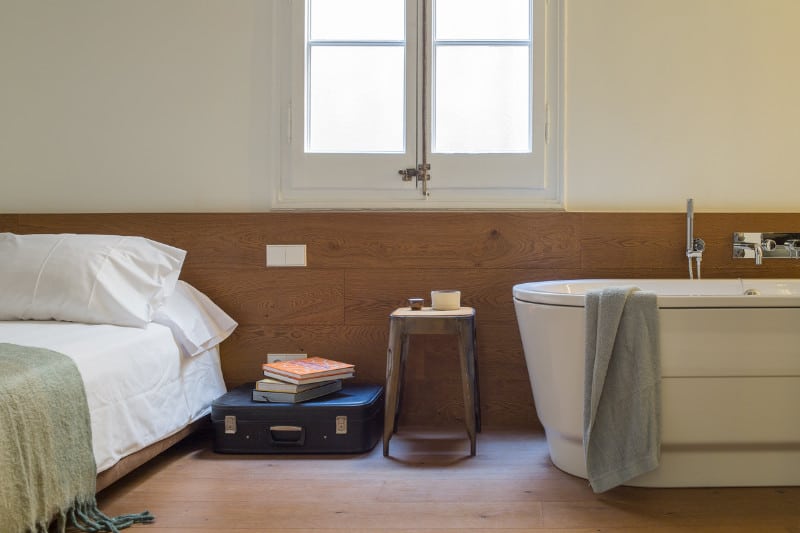 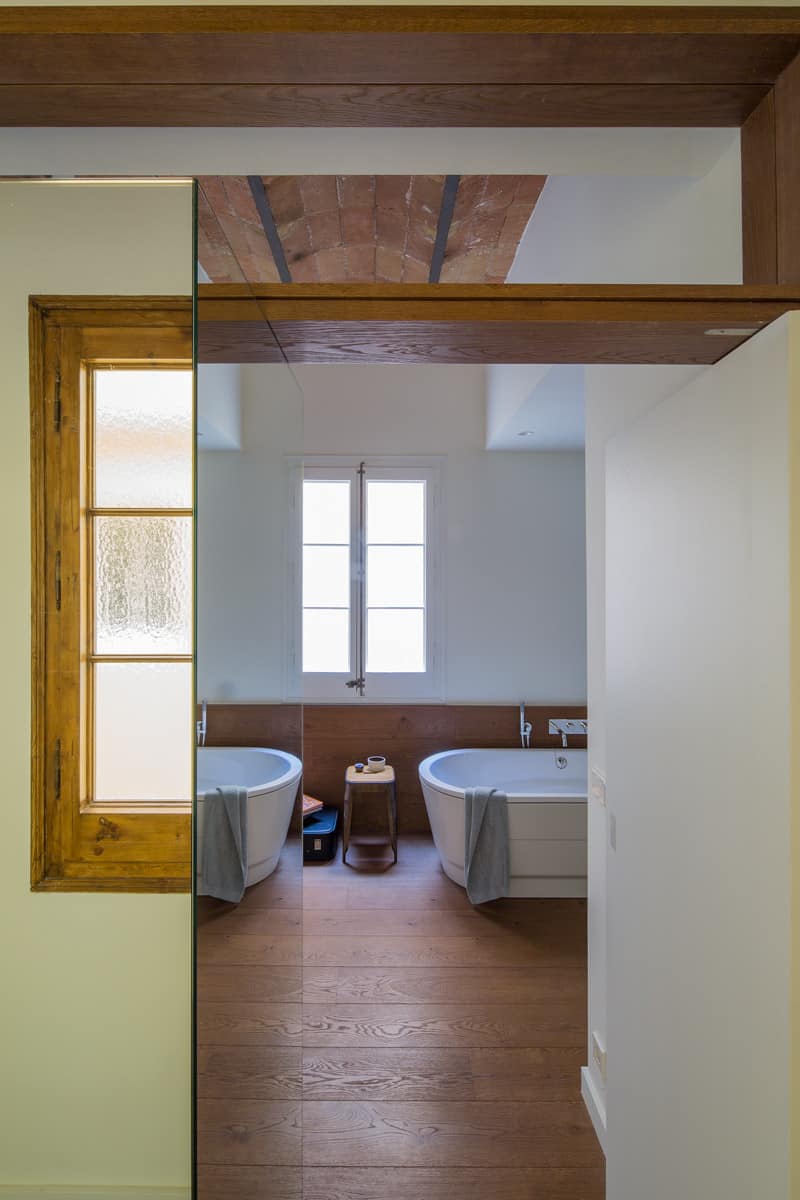 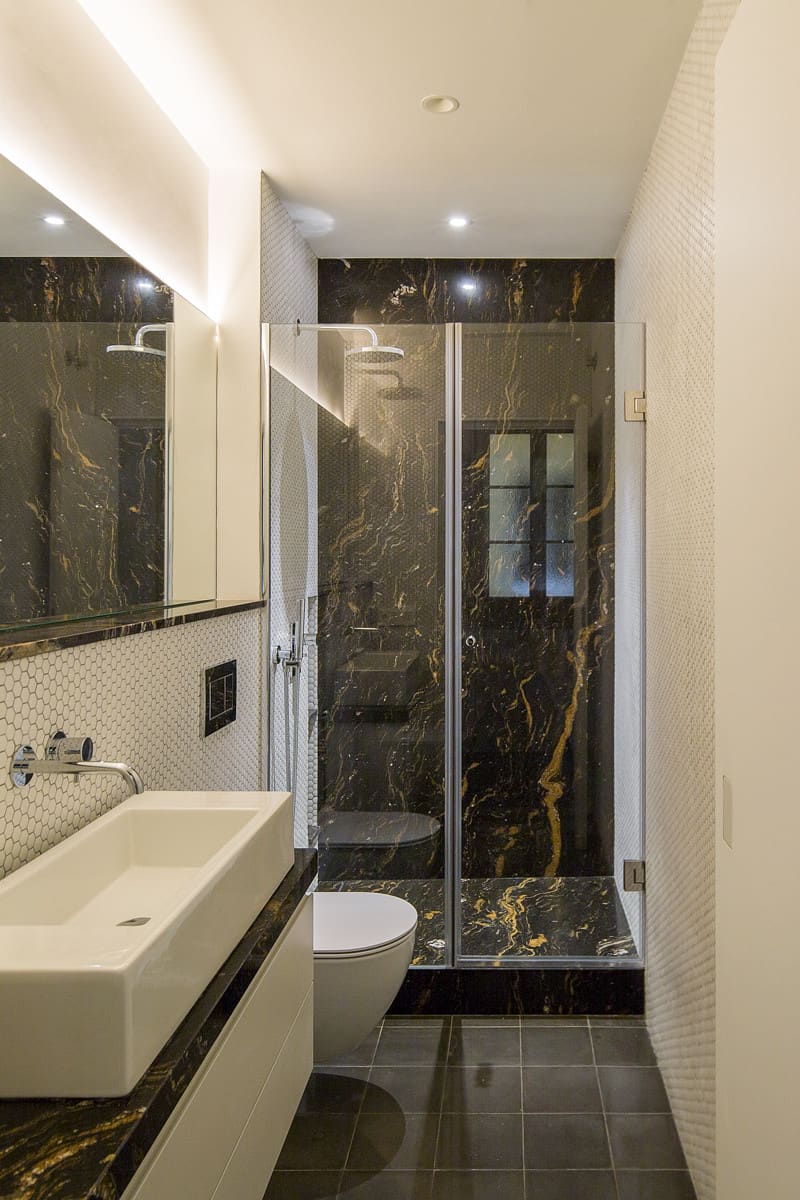