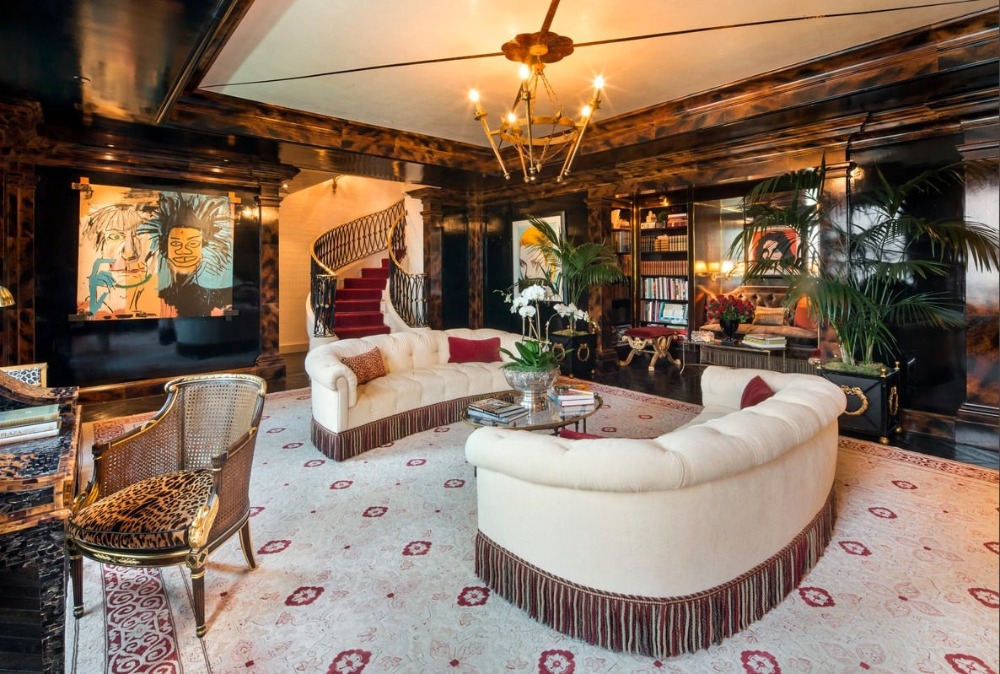 The New York City Plaza Hotel penthouse "castle in the sky" once owned by designers Tommy Hilfiger and Dee Ocleppo sold after two years on the market for just $31.25 million, down from $80 million. New owner Terry Taylor now possesses a unique piece of music and show business history.

Still at work at age 69, fashion designer Tommy Hilfiger is famous for his ability to create something new that feels traditional. Growing up in the upstate New York town of Elmira, Hilfiger always loved the prep school look, the uniforms of sailors and soldiers, and the traditional dress of the Ivy League.

He found ways to incorporate all of those looks into something new and relaxed—and he took the same approach in designing his penthouse at the Plaza Hotel on 5th Avenue near Central Park in New York City.

In 2008, Hilfiger was newly remarried to Dee Ocleppo, another American fashion designer and entrepreneur. The newlyweds bought two units on the top floor of the Plaza Hotel for $25 million. They invested $17 million in connecting and renovating the two apartments. The result was as spectacular as the couple’s clothes.

We know a lot of the details about the redesign if Hilfiger and Ocleppo’s penthouse from the video of their home tour with ET and the corresponding coverage in Architectural Digest. The entry hall leads directly to a living room designed for cozy conversation, including built-in bookshelves and comfortable sofas for reading and discussing books or just sitting and having a drink over the light conversation.

The cozy living room opens into a dining room with seating for 12 that Hilfiger told the press they never used. Adjacent to the dining room is a bar Hilfiger stocked with his favorite Chardonnay. Through another set of doors, one arrives at the kitchen, which Hilfiger and Ocleppo said they never used other than for making the occasional piece of toast. The power couple did not do a lot of cooking in the kitchen, but they loved the design.

Ocleppo had said she wanted a French bistro look for her kitchen. Hilfiger was concerned that the result might look too much like Disneyworld. But Ocleppo found black and white tile and black and white marble that comes together in a way that was a pleasant surprise to Hilfiger, who said that the kitchen was his favorite room in the house.

The den is the most modern room in the home. All of the TVs are behind mirrors. “It’s a mirror. No. It’s a TV,” Ocleppo joked with a reporter. An almost hidden door in the den opened to Hilfiger’s office, decorated with art from Mick Jagger and a family photo by Annie Liebowitz showing Hilfiger and Ocleppo with their seven children.

An elegant staircase leads to four bedrooms, five baths, and the Eloise room, named for children’s book character who lived on the top floor of the Plaza in the children’s books by Kay Thompson.

There is a lot of history at the Plaza, Hilfiger noted in his conversation with ET. The Beatles stayed there. The Rolling Stones had a colorful stay at the Plaza covered in all the entertainment newspapers. In her time, Marilyn Monroe made the Plaza an iconic location.

Hilfiger and Ocleppo told ET that they loved the location. They could see all the way across the 59th Street Bridge and all of the buildings are lit so there is a whole different vibe at night. But the time to move on had come to move on, so they offered their castle in the sky for $80 million, a price later lowered to $58.9 million. After nearly two years on the market, the penthouse finally sold to automotive tycoon Terry Taylor for $31.25 million. 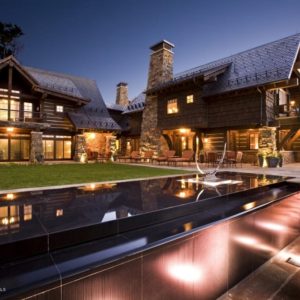 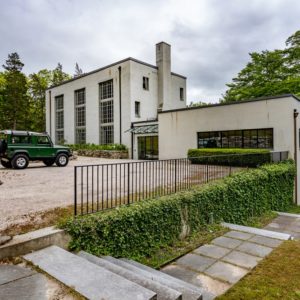