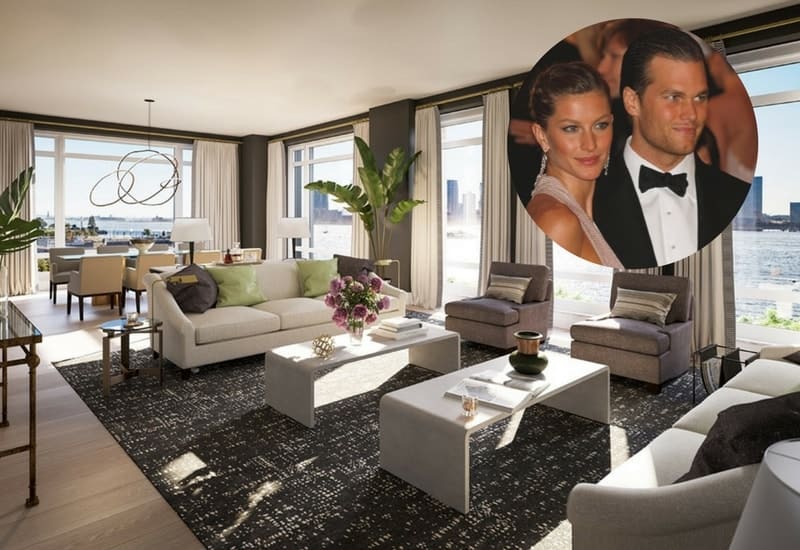 Tom Brady is a pro football player known as the first quarterback to win 5 Super Bowl Championships in the history of NFL.

His NFL career started when he was drafted by the New England Patriots with 199th overall pick in the sixth round of 2000 NFL Draft. He first served as backup quarterback for the team until Drew Bledsoe, the Patriot’s starting quarterback got injured. Upon getting his chance to play as a starter, Brady did not waste a single moment, impressing the whole football universe by helping the Patriots win a Super Bowl and earn the MVP award. Brady would later on set multiple regular season records, playoffs and Super Bowl accolades and awards with a single team.

He married a top fashion model, Gisele Bündchen in February 2009. Known for her high cheekbones, golden hair and sexy curves, she became an in-demand model, gracing in her every cover for Vogue and other popular fashion magazines around the world. In 2000, Bündchen amazed the world when she was named “The Most Beautiful Girl in the World” by Rolling Stone magazine, the same year when she signed a lucrative $25 Million contract with the popular lingerie company, Victoria’s Secret.

Upon marrying Tom Brady in 2009, the couple welcomed their first child, a son named Benjamin Rein followed by a second child, daughter Vivian in 2012.

The building is under construction and will be finished in 2018. Designed by renowned architect Robert A.M. Stern, the house will boast a 5,000 square foot space along with a modern and contemporary mix of style, perfect for a supermodel like Gisele and one of the greatest quarterback of all time like Tom.

Once the construction is completed, the home is set to have luxurious amenities like a cafe, exercise studios, a sauna paired by a steam room, and a children’s playroom as well as limestone and marble throughout the pad. Including a stunning terrace overlooking the Hudson River is also in the plan.

Check out the full photo gallery below of Tom Brady and Gisele Bündchen’s home. 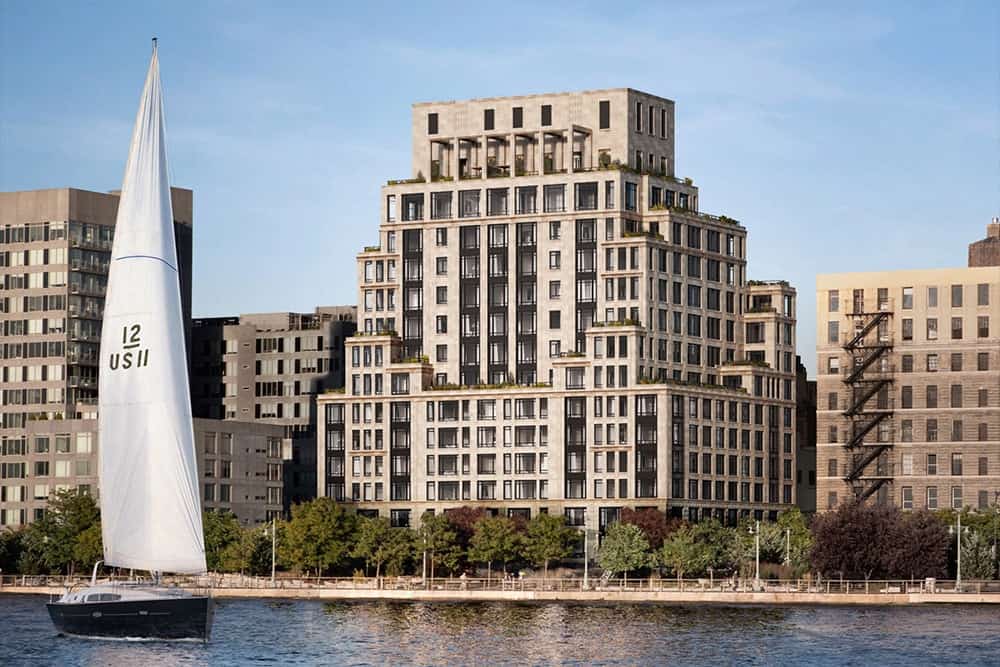 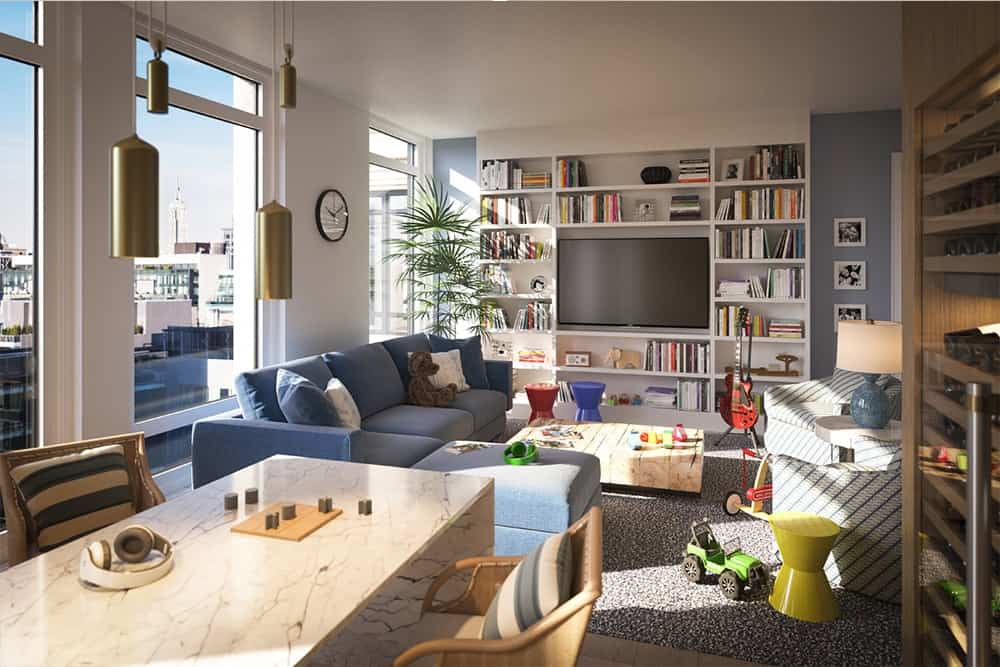 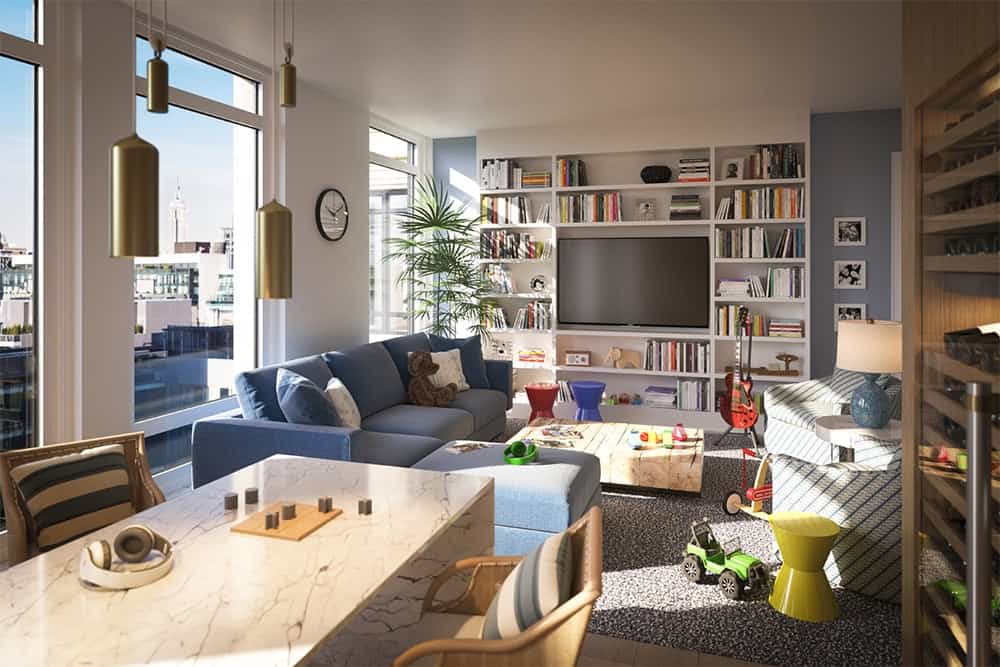 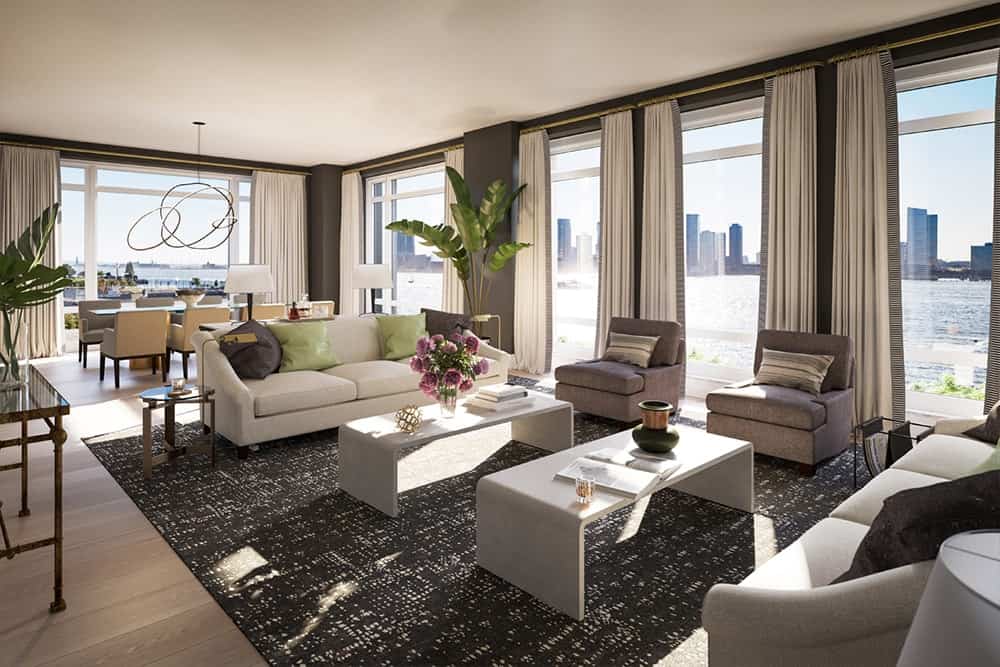 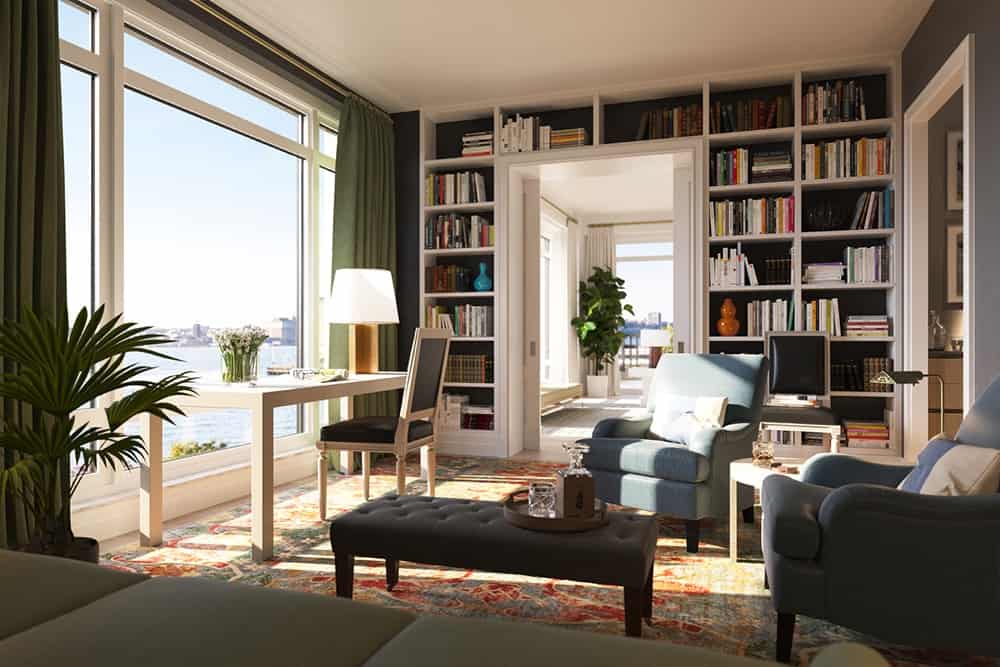 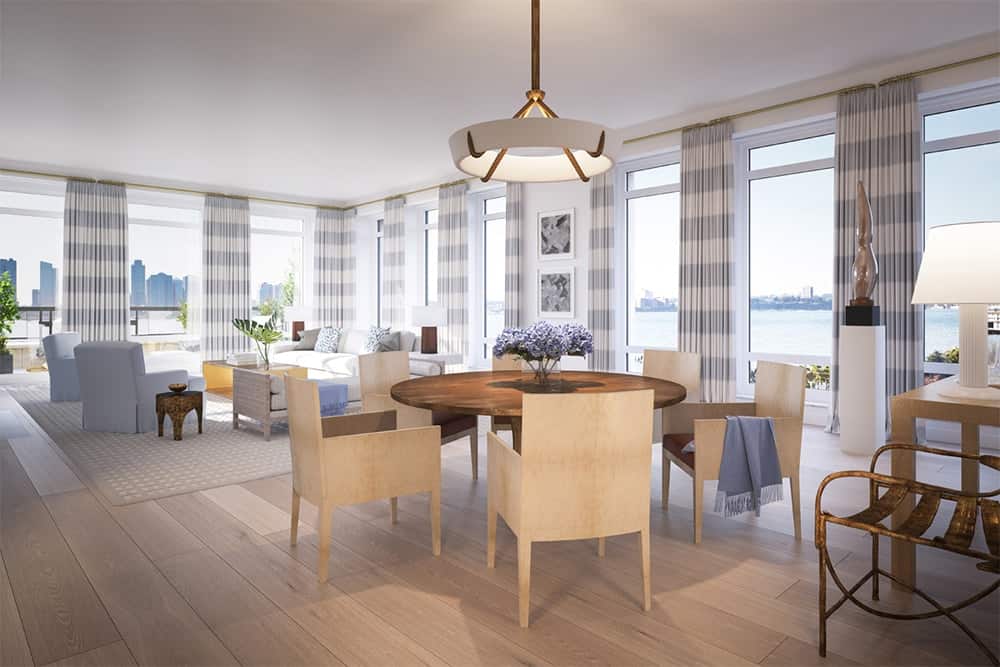 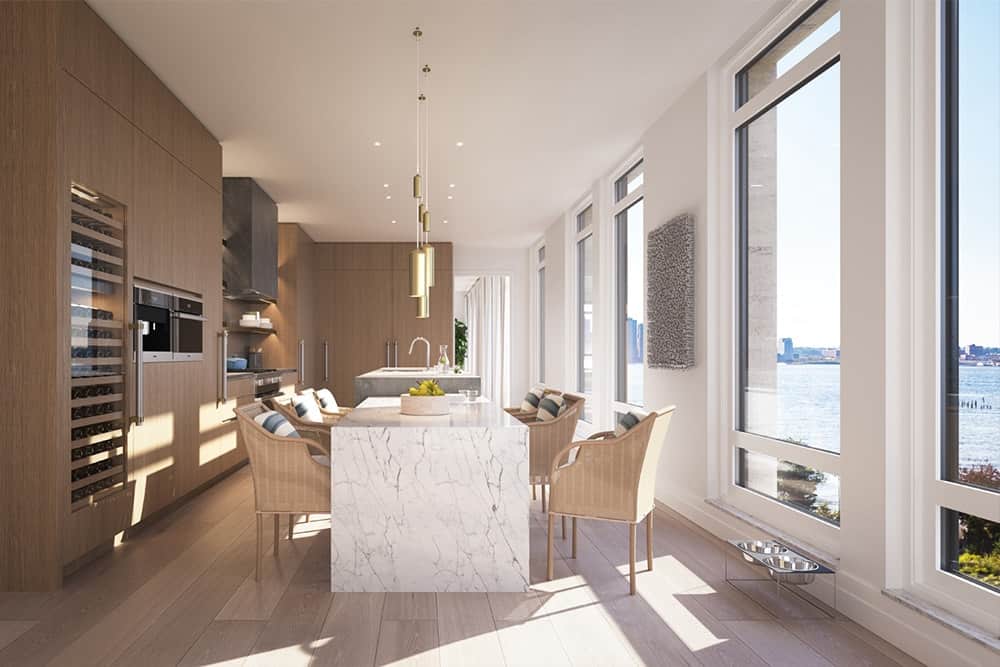 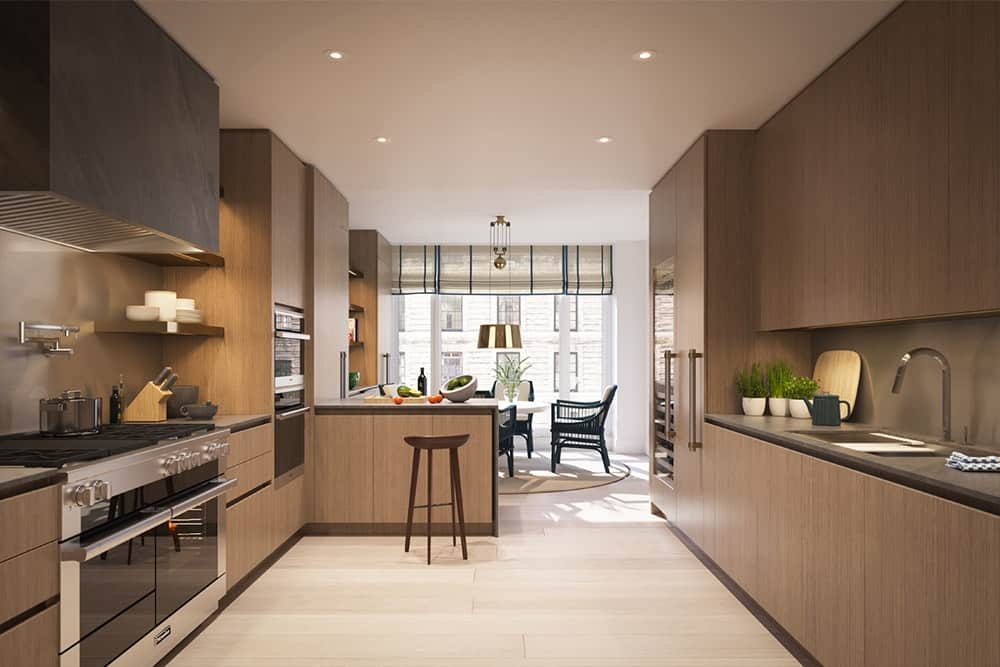 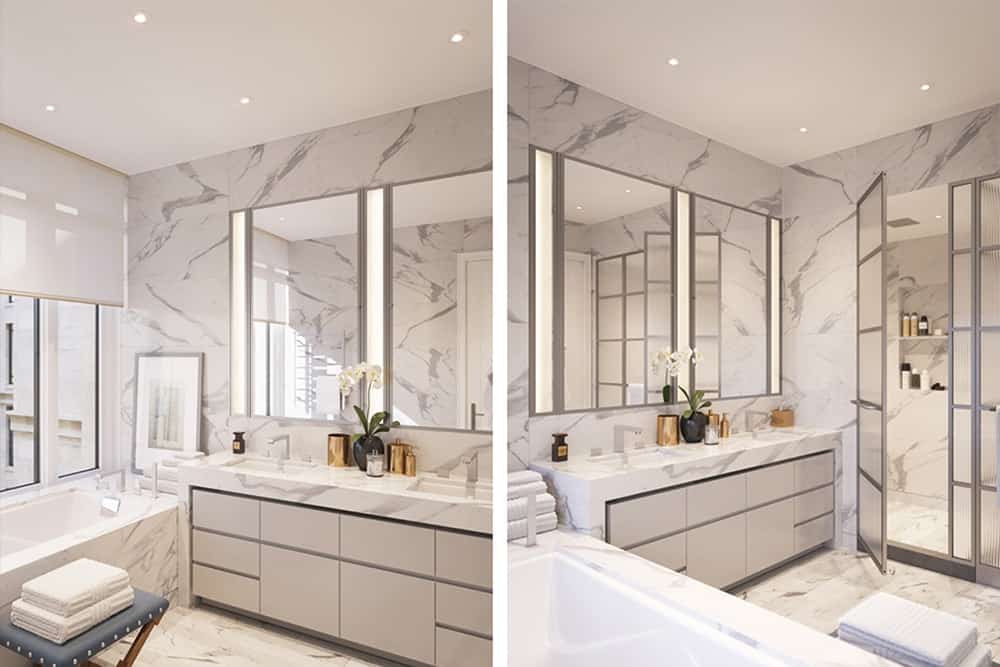 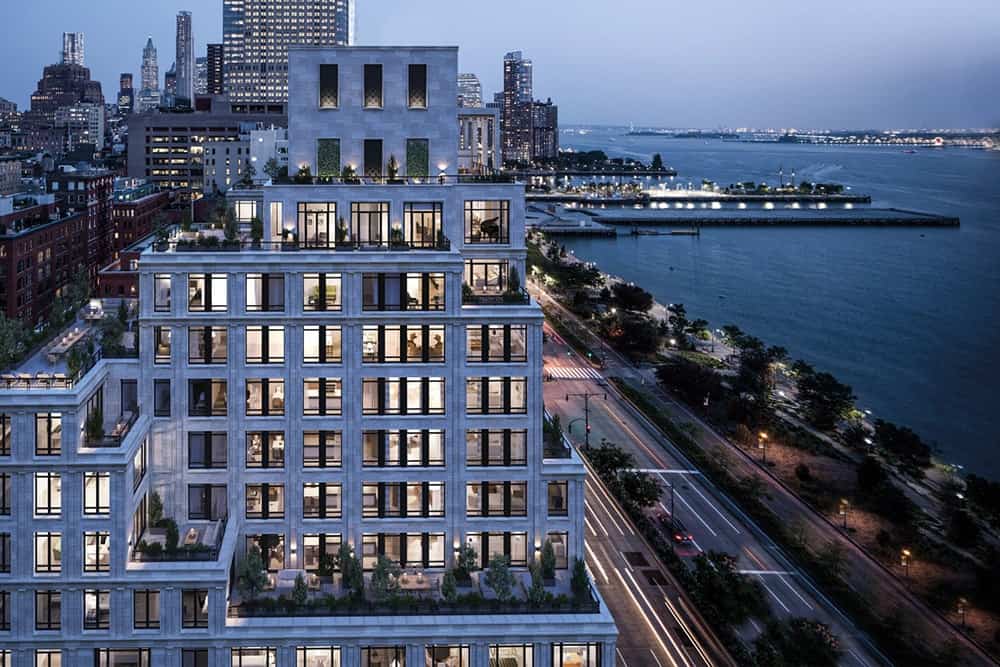 CelebsNetWorthToday.com estimates his fortune at $180 million.

CelebsNetWorthToday.com estimates her fortune at $360 million.