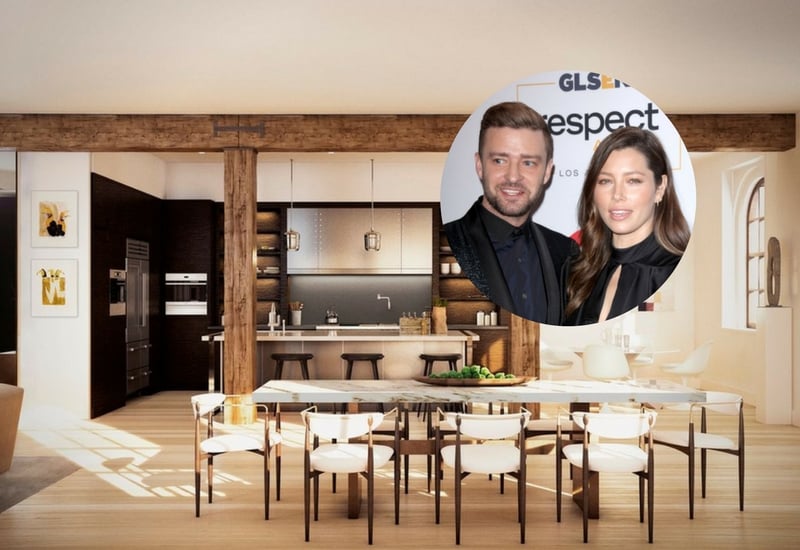 Justin Timberlake and Jessica Biel are the quintessential power couple in both music and movies.

It kinda makes sense for celebrities to marry celebrities. Both are familiar with the limelight and dealing with being a celebrity. But the perks are pretty sweet. You can’t deny that.

Here’s a great example of celebrity benefits. The ability to buy an amazing mansion in the sky for $28 million. 5,375 square feet isn’t easy to come by in NYC. That’s some serious square footage in one of the most expensive cities in the world.

Not only do Justin Timberlake and Jessica Biel have loads of square footage, the place is gorgeous if you like contemporary design (I do for sure). Plus, the building amenities are a sweet… pool, children’s playroom, Turkish spa, rooftop garden, pristine garage and fitness center.

The building is large having been refurbished from some industrial purposed building into swanky condos. The footprint is large providing space 8 penthouse apartments.

Check out this amazing NYC apartment:

NOTE: if on mobile, swipe to see all photos  🙂

Most people who watch the news or listen to the radio or are even remotely plugged into culture have heard of Justin Timberlake. He’s one of the biggest celebs on the planet being a platinum selling music artist both in a band and as a solo artist. In recent years, he’s successfully broken into film. I actually think he’s a very good actor. In fact, I’m a bigger fan of his acting than his music. I thought he was terrific in The Social Network. Am looking forward to seeing him star in more movie roles.

Stardom hit fast and furious when his boy band NSYNC hit the scene in 1995. The band hit mega stardom by 1998. In 2002 he launched his solo career and hasn’t looked back as a mega-selling solo artist.

With such incredible success in both music and film, his net worth has climbed quickly to $225 million and no doubt will continue to grow given he’s still young. Even if his music career slows as he grows older, I’m certain he’ll have a long and successful acting career because he has terrific on-screen presence.

Jessica Biel has been in some big movies including The A-Team, The Illusionist (great movie) and Total Recall.

She got her start by playing Peter Fonda’s character’s granddaughter in Ulee’s Gold (a wonderful movie that my parents took me to when I was a kid). Since then she’s been in many movies and continues to star in movies currently.

ln 2005, Esquire Magazine named her the Sexiest Woman Alive. She was the second woman to receive this “honor” given Esquire started the “award” in 2004 (which went to Angelina Jolie). 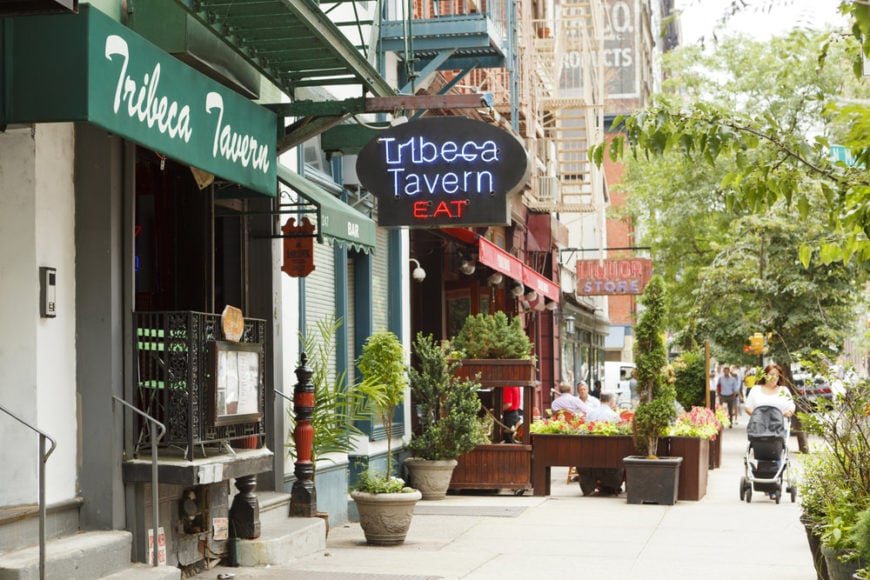 In 2015 The Observer published an article titled “How Did Tribeca Become the Most Desirable Neighborhood of All” which suggests Tribeca is now the “it” NYC neighborhood. In 2014, the average sale price for a home was $3.5 million dollars, which is more than twice the average Manhattan sales price ($1.71 million).

Tribeca was original an industrial area of NYC. Like so many industrial areas in many US cities, those factories and warehouses have been converted into high-priced lofts and condos.

Tribeca is located on the west side of Lower Manhattan very close to the financial area. I’ve been there and love the area now that it’s become a trendy neighborhood. Not only do celebs love it, but high-earning financial folks buy there too since it’s close to their offices.

It’s loved for it’s neighborhood feel that includes plenty of residential homes (condos and lofts) and family-friendly atmosphere that’s quiet. There are many great restaurants and all the basic stores one needs to maintain a household.