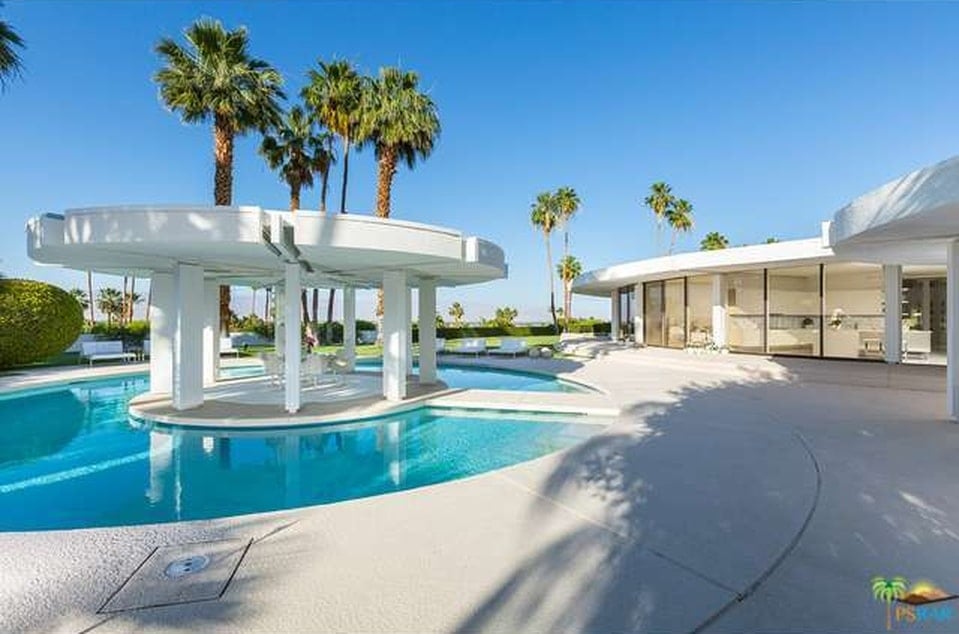 The Elrod House, located in Thunderbird Heights has large, beautifully landscaped and walled private grounds and spectacular mountain views. This is now on the market priced at $4.5 million.

The house is measured at 6,431 square feet with almost 360 degrees of ceiling-to-floor glass walls, four bedrooms, six bathrooms, green lawns, and tall palm trees. The house also boasts of a swimming pool is in the form of a mote with a bridge to a circular covered island.

The Thunderbird Heights 1970 Mid-century adobe house with structures that has variations of the circle is listed under Coldwell Banker Residential Brokerage.

Rancho Mirage in Palm Springs, California, and particularly Thunderbird Heights with its well-known Thunderbird Country Club, has long been famous as a presidential stomping ground. Many golf-playing presidents have come for the golf, others to visit friends and some for meetings, but the common denominator seems to be the weather, hands down.

From 1929 many have visited, starting with Herbert Hoover to Franklin D. Roosevelt, Dwight D.Eisenhower, Harry Truman, Jimmy Carter, John F. Kennedy, Richard Nixon, Ronald Reagan, Lyndon Johnson, Bill Clinton, Gerald Ford, George W. Bush and President Obama with his passion for golf. The Fords and the Eisenhowers even built homes there and most of the presidents have played golf at the Thunderbird Country Club.

Filled with attractive homes, there is one that stands out not only for its large, beautifully landscaped and walled private grounds and spectacular mountain views but also because the house and all elements of the structures sited there are round or shaped in variations of the circle. This 90-foot diameter house-in-the round was the brainchild of noted Palm Springs interior designer Arthur Elrod who built the 6,431-square-foot Mid-century adobe structure in 1970.

With almost 360 degrees of ceiling-to-floor glass walls, clear desert sunlight fills the four-bedroom, six-bath house that has views all around of sweeping green lawn and stately tall palms with mountains beyond. Even the swimming pool is in the form of a mote with a bridge to a covered island, also in the round. A perfect spot for relaxing or entertaining with style or a launchpad for the next round of golf, the Elrod house is for sale, priced at $4.5 million. 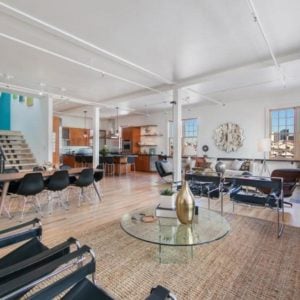 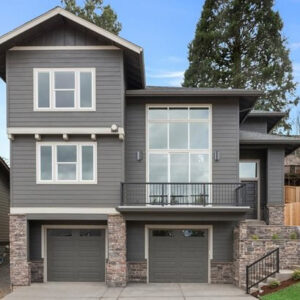