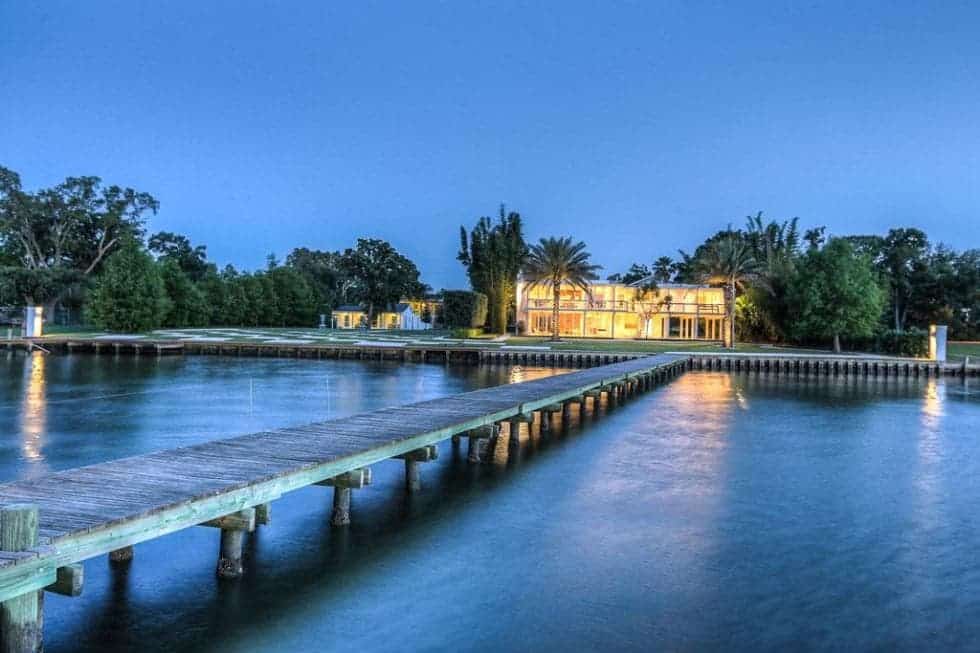 There is a mid-century contemporary-style glasshouse in the southern Houston suburbs of League City. This house is relisted on the market with a reduced price of $2.9 million.

The house is measured at 4,722 square feet with two levels, three bedrooms, four bathrooms, an elevator, a stone feature wall, a fireplace, an expansive stainless-steel eat-in kitchen, open and covered outdoor terraces. The house also boasts of large glass walls and a and modern two-story boathouse.

This glasshouse in League City, Texas was originally listed in the market at a price of $4.3 million in 2014, it was most recently relisted at $2.9 million.

Part of the southern Houston suburbs, League City is nicely located next to Galveston Bay with many opportunities for waterfront living. The town itself has many annual recreational events, shopping, dining, and outdoor sports in keeping with its warm summers and mild winters.

In the Clear Creek community on a wide body of water leading into the bay, a mid-century contemporary house with unobstructed water views through glass walls is one of the best examples of the luxurious homes in this sought after neighborhood.

Sited on a half-acre with its own pier and modern two-story boathouse, the main house was designed by popular Texas architect Edmund Furley and was built in 1974. Updated with all the bells and whistles expected by today’s buyers, the 4,722-square-foot, two-story house has three bedrooms, four baths, an elevator, a stone feature wall, fireplace, expansive stainless-steel eat-in kitchen, water views from large open living spaces along with open and covered outdoor terraces. Originally listed at $4.3 million in 2014, it was most recently relisted at $2.9 million.