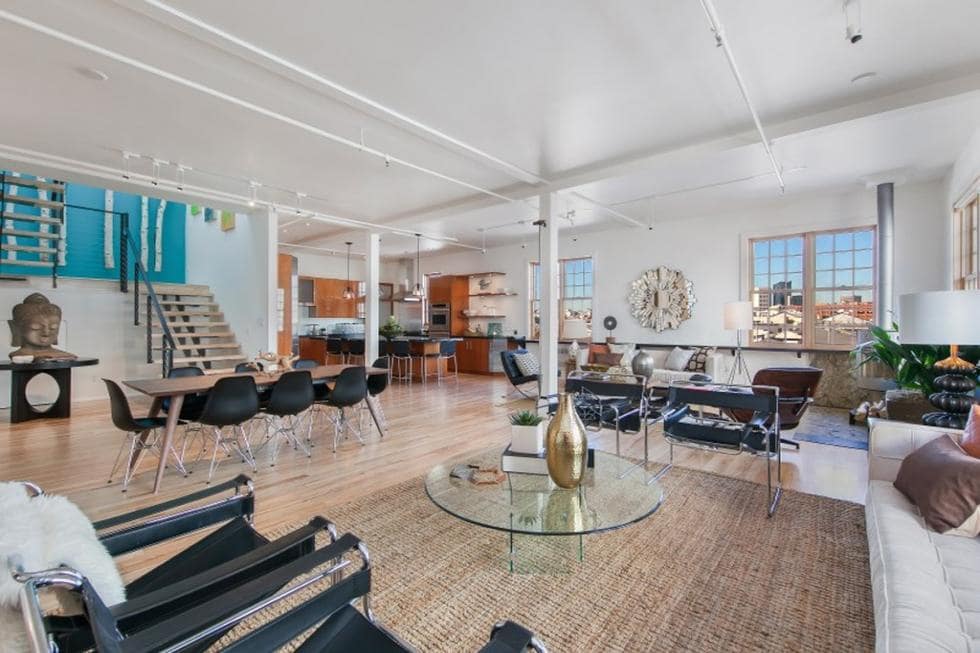 In the Mission District of San Francisco, is a two-level studio plus apartment loft that was formerly the warehouse of Allied Box Company. This is now on the market priced at $5.5 million.

The loft is measured at 5,000 square feet with a kitchen in the corner, floating stairs, two decks for outdoor cooking and entertaining, a hot tub, a large bedroom, a chef’s kitchen, and a large living area with cast-iron wood-burning stove. The loft also boasts of access stairs from an organic garden courtyard.

This renovated warehouse in the historic Mission District of San Francisco is listed under Keller Williams Luxury Realty International. 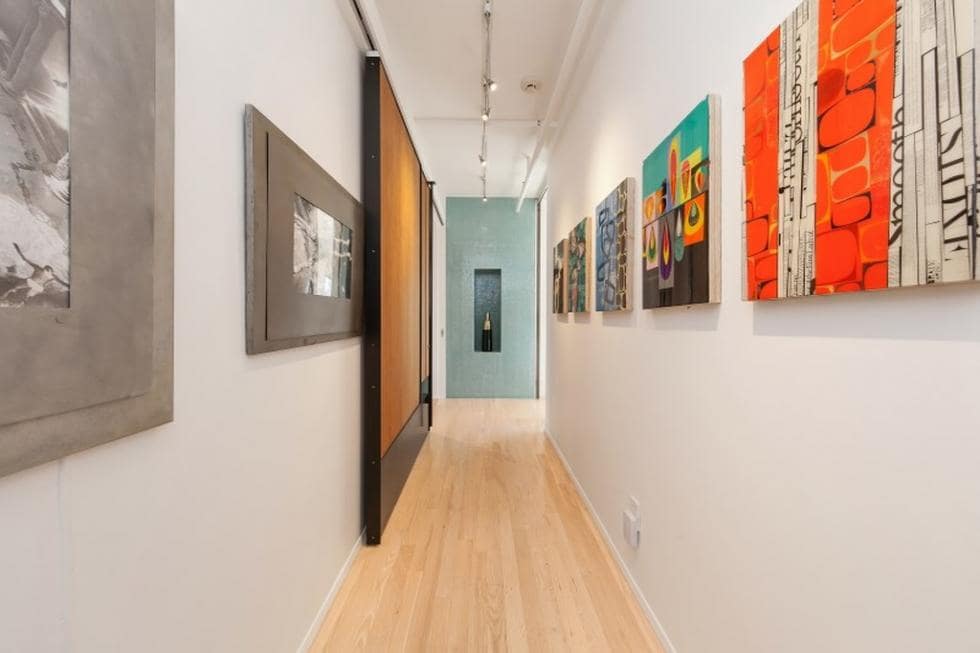 This is the hallway foyer of the apartment with beige walls adorned by various colorful wall-mounted paintings. Image courtesy of Toptenrealestatedeals.com. 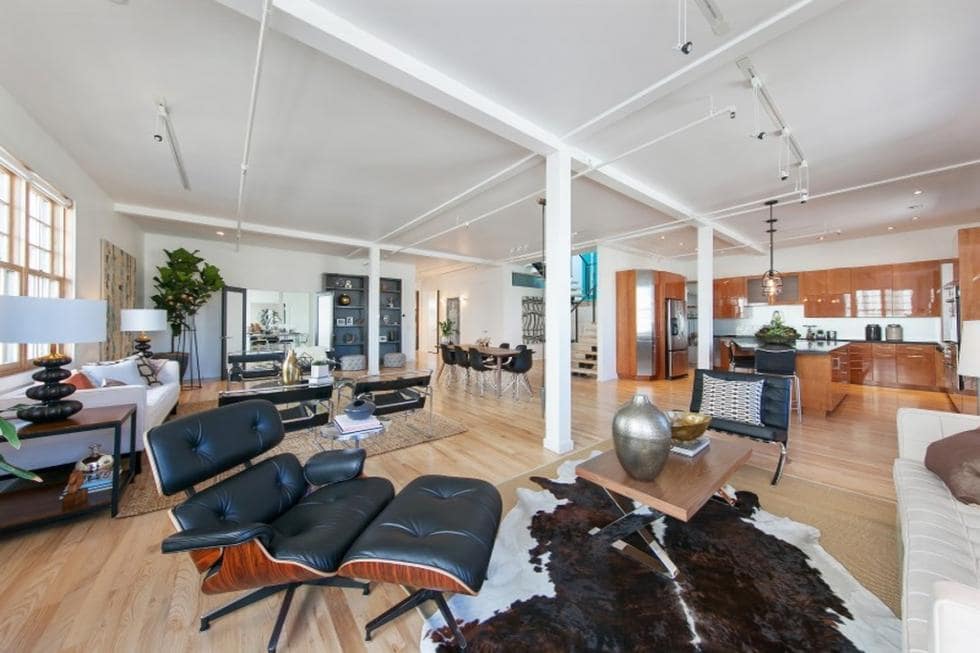 This is a look at the lounge area a few steps from the living room area. You can see here the black leather furniture that stands out against the bright white walls and ceiling. Image courtesy of Toptenrealestatedeals.com. 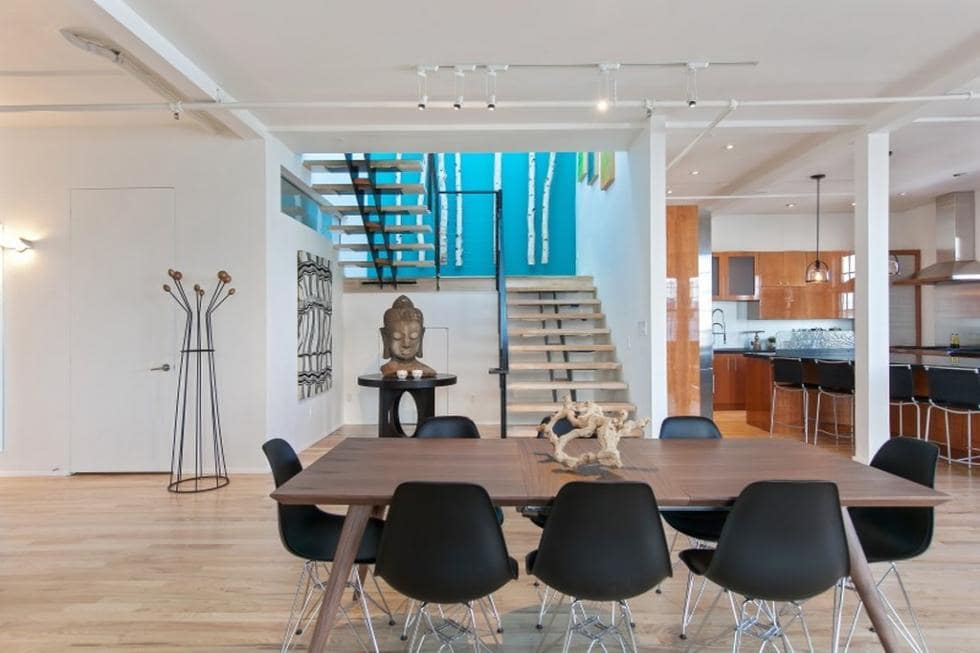 This is a look at the dining area of the great room with a large wooden dining table surrounded by modern black chairs. Image courtesy of Toptenrealestatedeals.com. 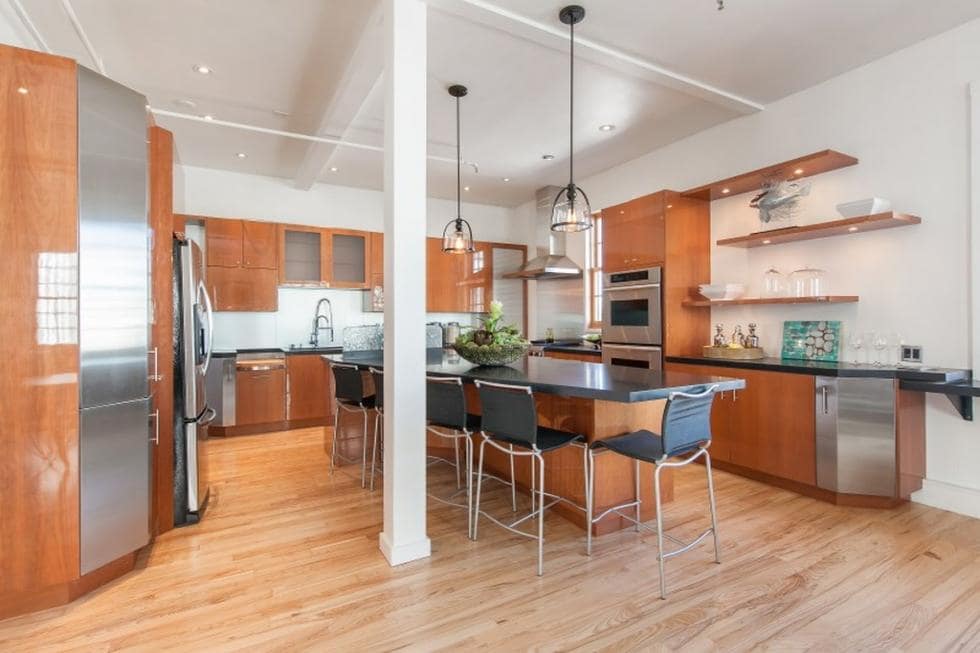 This is the kitchen at the far corner of the great room. It has dark wooden cabinetry on its walls to match the kitchen island and the hardwood flooring. You can also see here the thin pillar beside the kitchen island. Image courtesy of Toptenrealestatedeals.com. 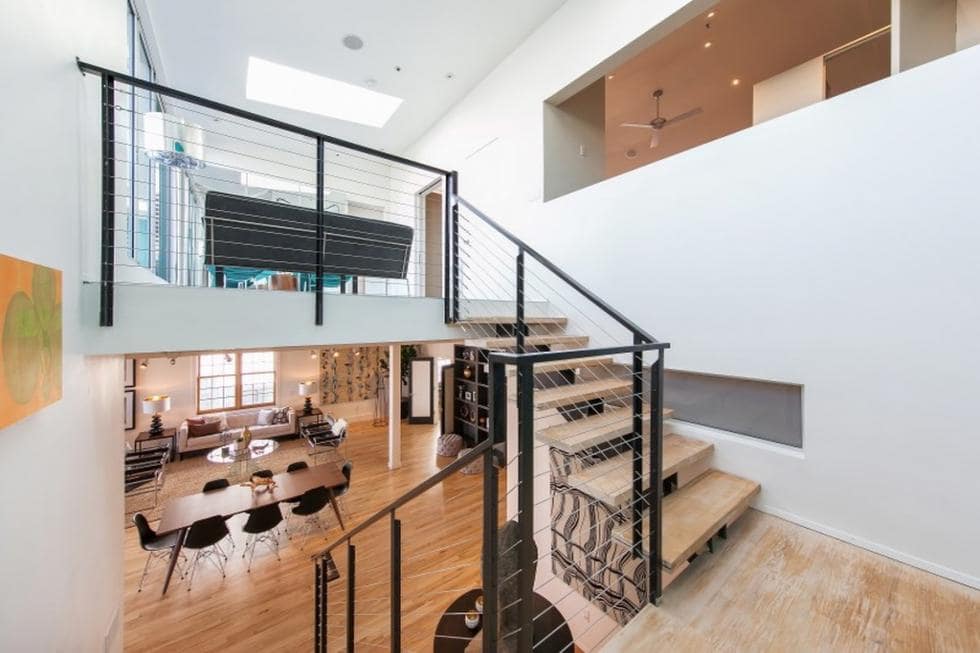 This is a look at the living room and the second-floor landing from the vantage of the stairs. This has light wooden steps that contrasts the black metal railings. Image courtesy of Toptenrealestatedeals.com.

It’s impossible to be bored in San Francisco’s Mission District. Named after the Mission San Francisco de Asis, built in 1776, it is the oldest building in San Francisco. Known for drawing artists, both performing and visual, street art, cutting-edge restaurants, and at least fifteen annual parades and street fairs, it is close to everything that is “San Francisco” including the iconic Fisherman’s Wharf.

Emerging as a cultural arts enclave during the 1960’s hippy years, the Mission District also welcomed many South American immigrants over the years seeking to escape political unrest in their countries, giving the area additional Spanish flavor.

Now available in the former Allied Box Company warehouse, repurposed in 2001 as a live/work condo building, is a two-level studio plus apartment loft comprised of almost 5,000 square feet of indoor-outdoor living and working space. The lower level is a large open area with a kitchen in the corner and floating stairs leading to the main upper level.

The living area has two decks for outdoor cooking and entertaining with hookups already installed for a hot tub, a large master, chef’s kitchen, and large living area with cast iron Rais wood-burning stove. It is the largest apartment/studio in the building accessed by stairs from an organic garden courtyard. Priced at $5.5 million.