The Gingerbread House was built back in 1917 in Bay Ridge, New York. Considered as Brooklyn’s Taj Mahal, this house is now on the market priced at $10.999 million.

In the early 1900s, Yellow Hook, in the southwest riverfront section of Brooklyn was the waterfront retreat for the city’s rich and famous. Due to the city’s outbreak of yellow fever, the owners of the neighborhood mansions decided to change the name to Bay Ridge to defray any connection the existing name might have to the dreaded disease. Gracious homes with lawns, gardens, and shade trees overlooked the narrows of the Hudson River near its opening into the Atlantic Ocean.

One such home, known as the Gingerbread House, was designed in 1917 by architect James Sarsfield Kennedy in the arts and crafts style for shipping magnate Howard E. Jones. Built with natural uncut stone and an undulating roof reminiscent of thatch, the home has a rather magical appearance akin to a Hobbit house.

Described by the Daily News as “the most magnificent residence in all of New York City” in May 2013, the paper also referred to it as “Brooklyn’s Taj Mahal.” Now for sale, the 6,000-square-foot residence on a .46-acre plot of the private landscaped lawn has six bedrooms, four baths, an updated kitchen and baths, hand-painted ceiling panels in the dining room, formal living room, parlor, music room, master with fireplace opening to two small terraces, a long walk-through outfitted pantry, outdoor living spaces and two-bedroom staff quarters.

Floors are Burmese mahogany, and the originally carved wood moldings, cast-iron doorknobs, stained-glass windows, doors, and chandeliers have been preserved. Only a 20-minute commute to Manhattan’s financial district, this one-of-a-kind home with seasonal water views is priced at $10.999 million. 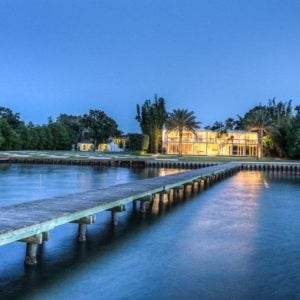 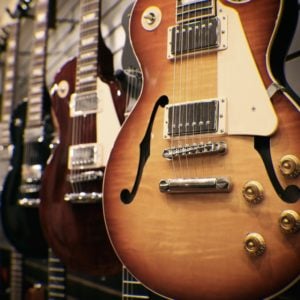