Welcome to our shingle-style house plans. 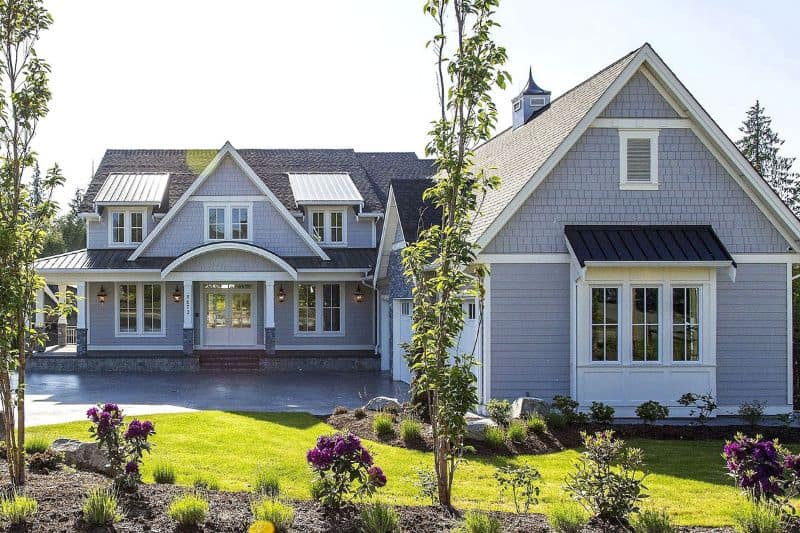 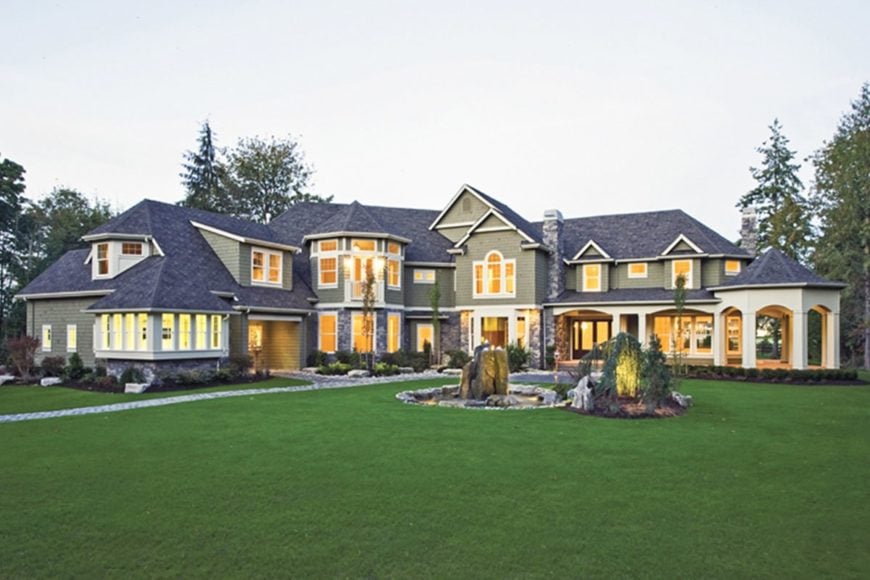 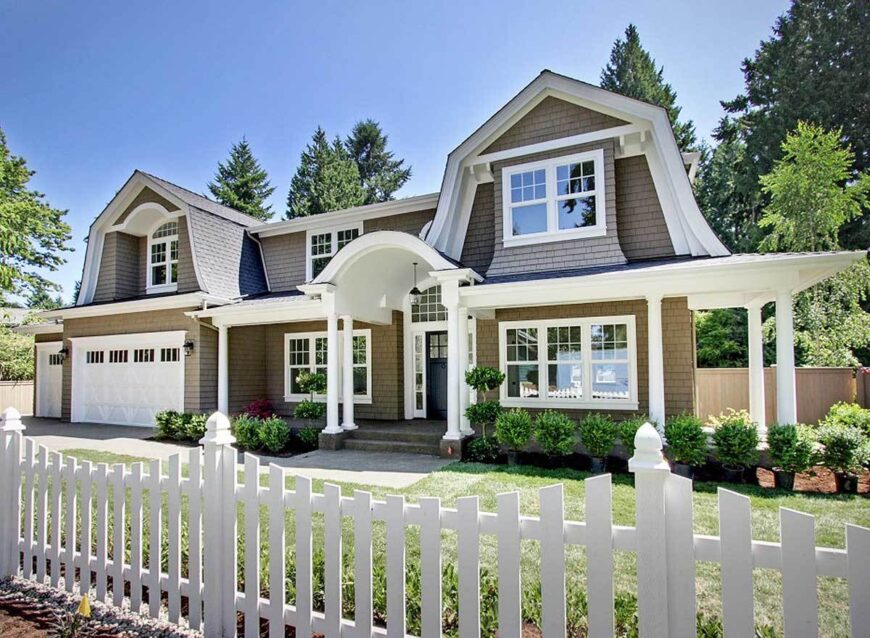 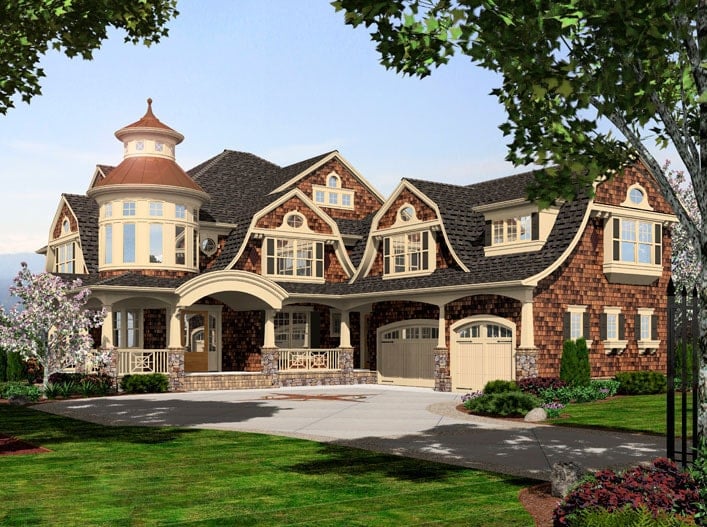 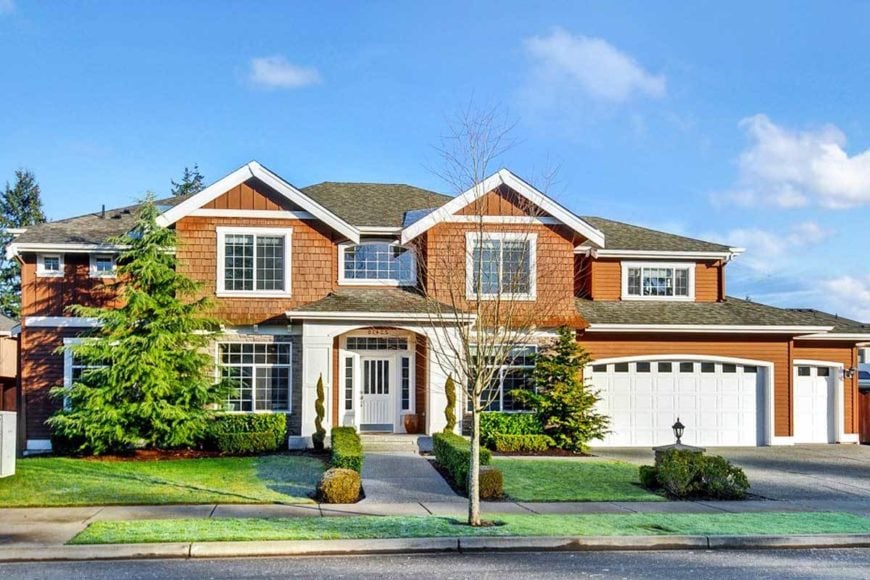 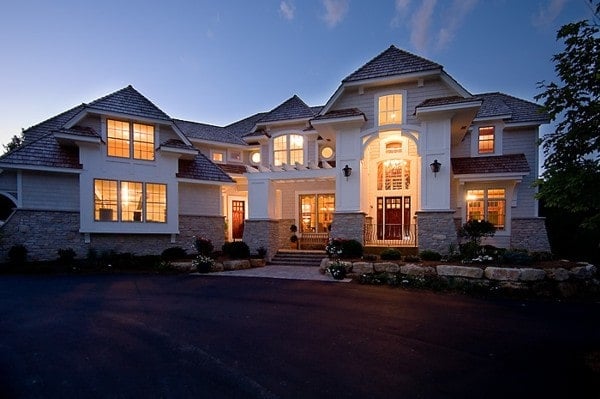 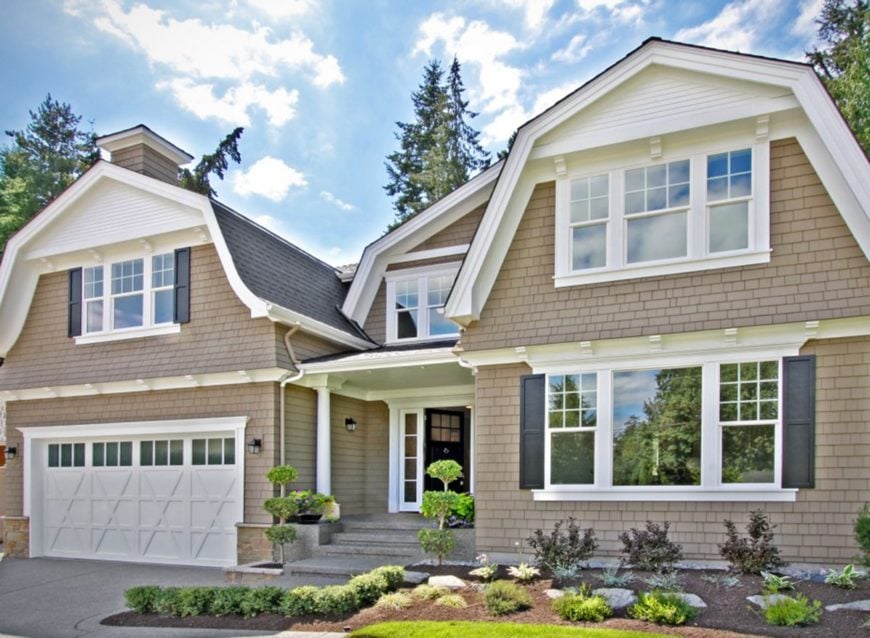 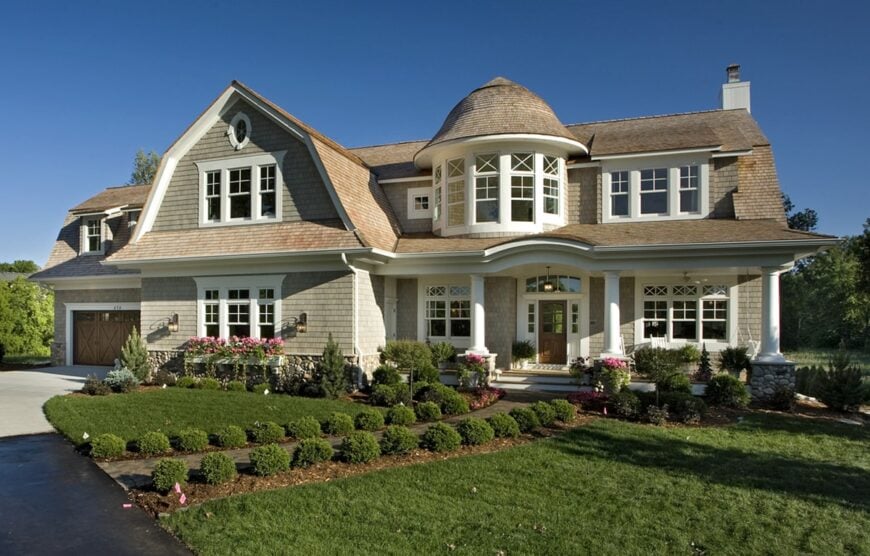 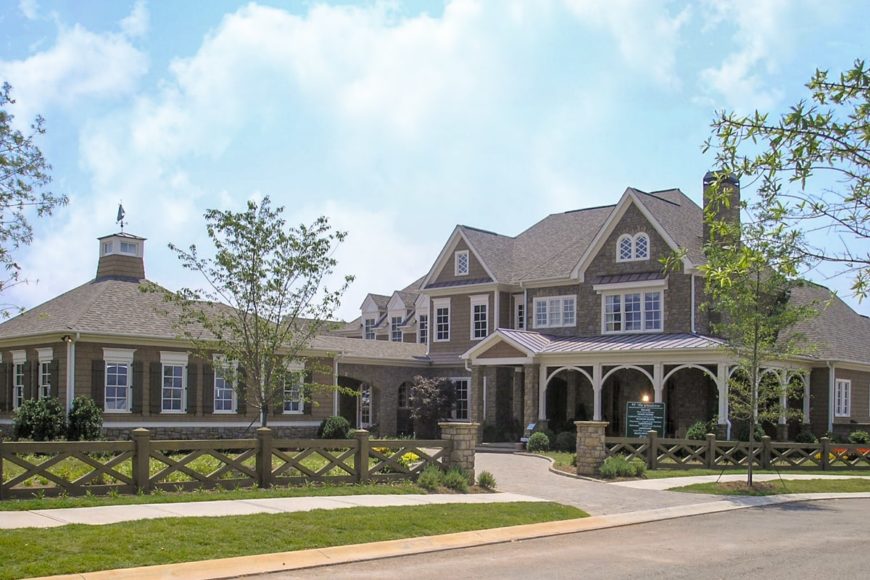 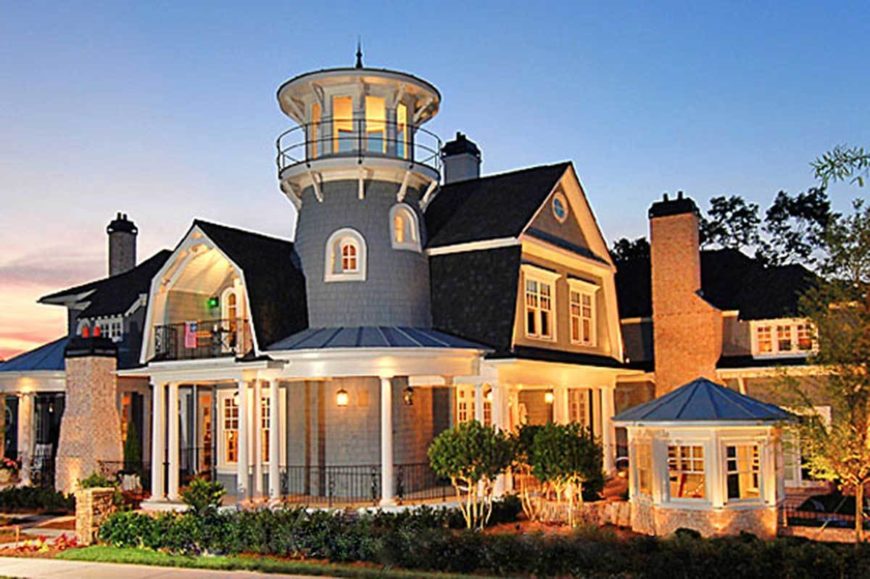 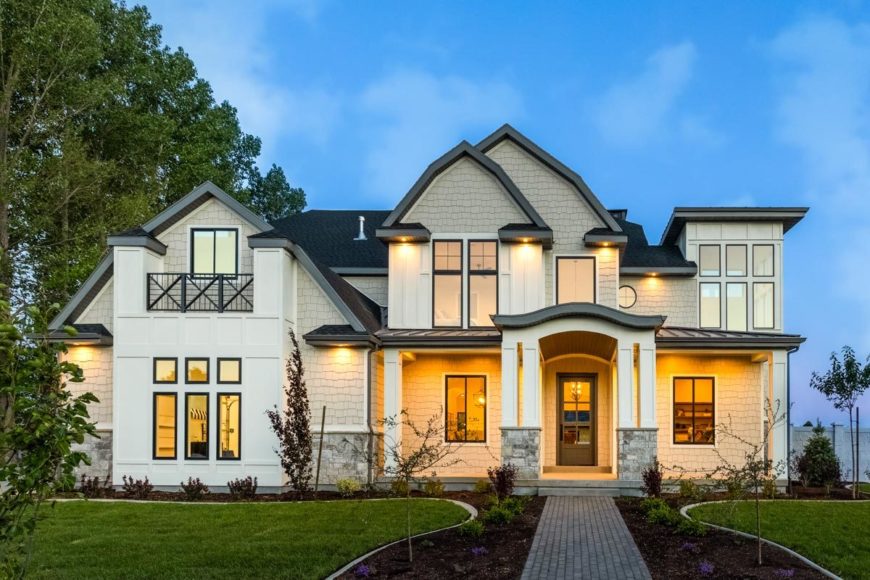 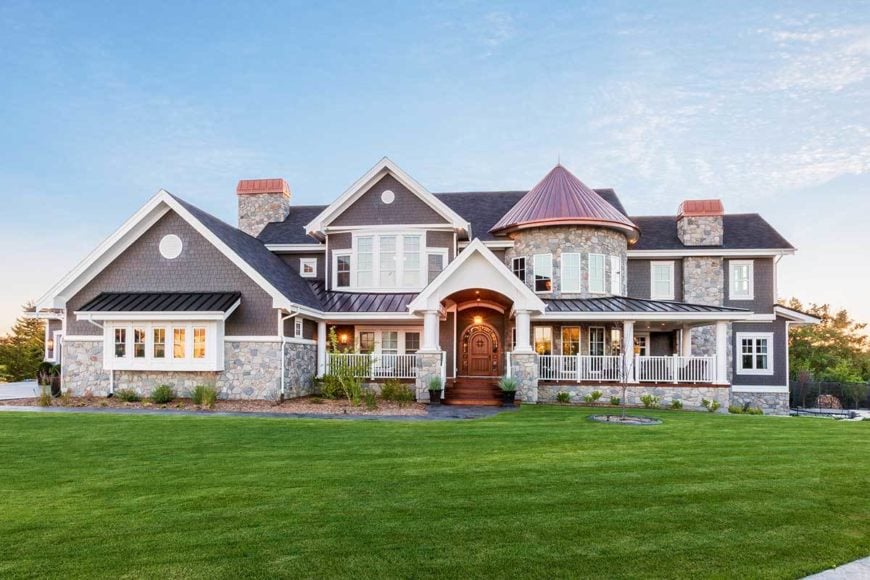 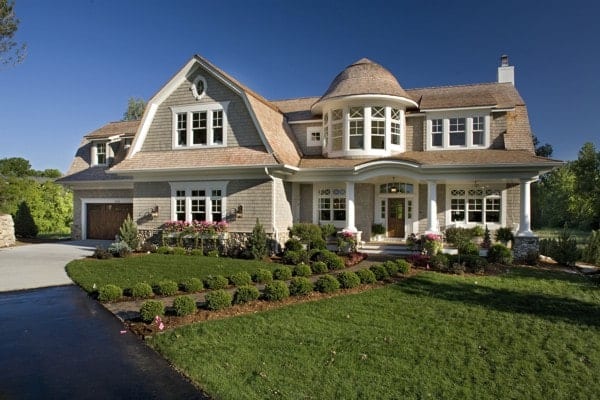 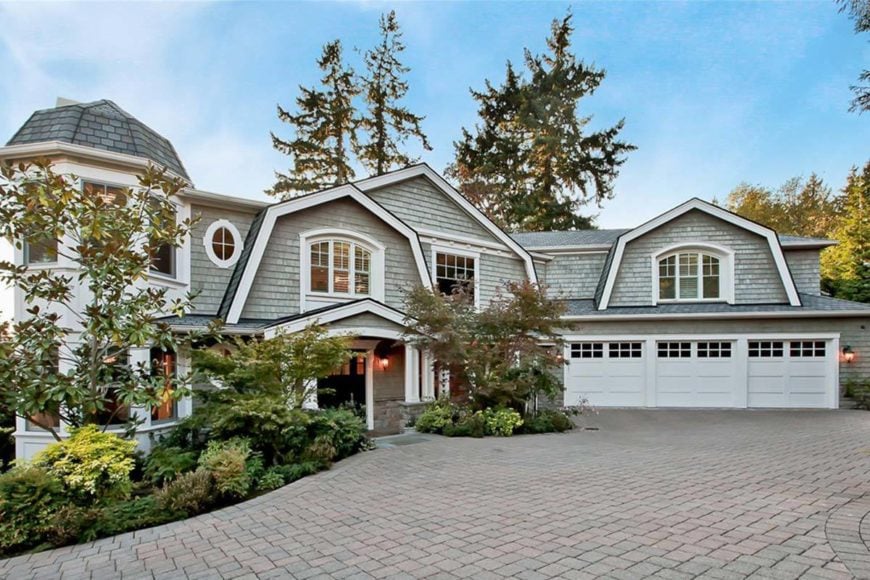 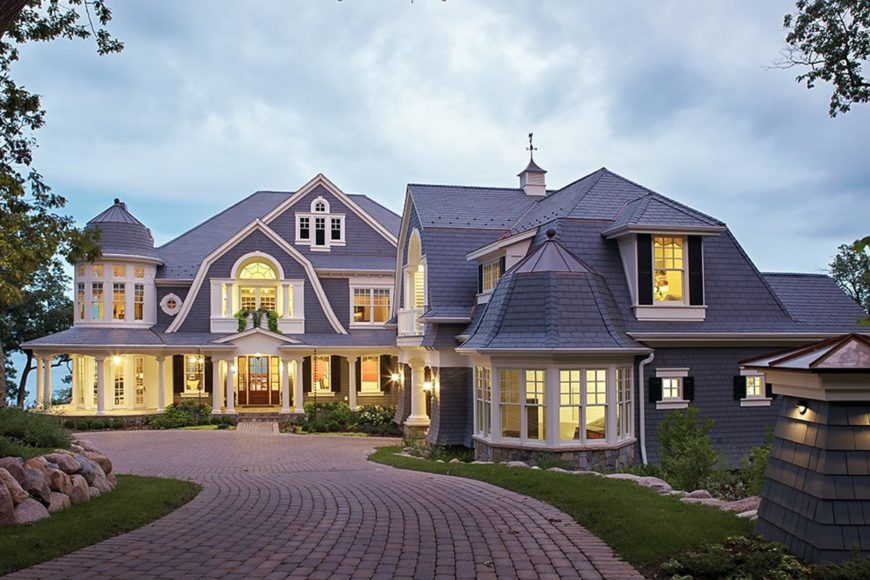 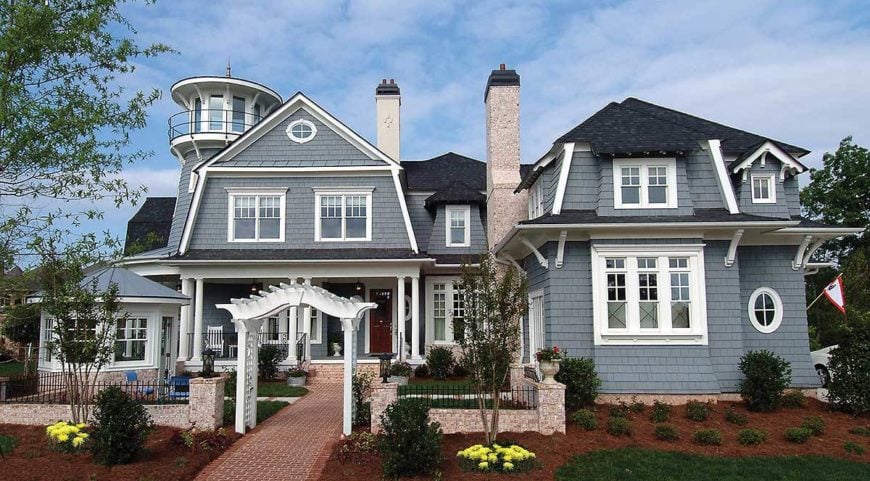 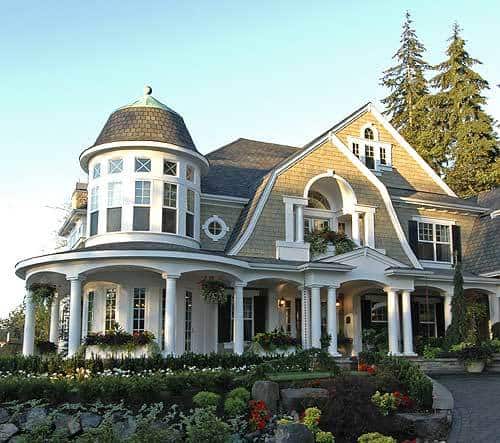 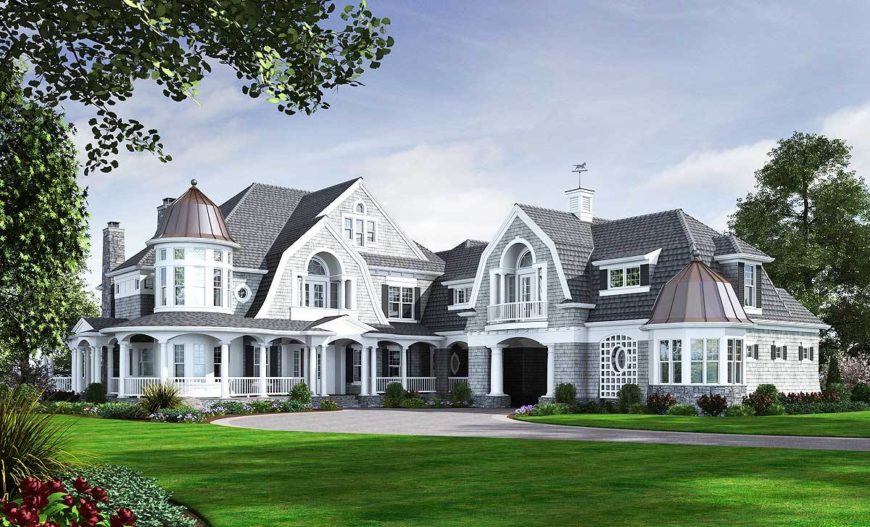 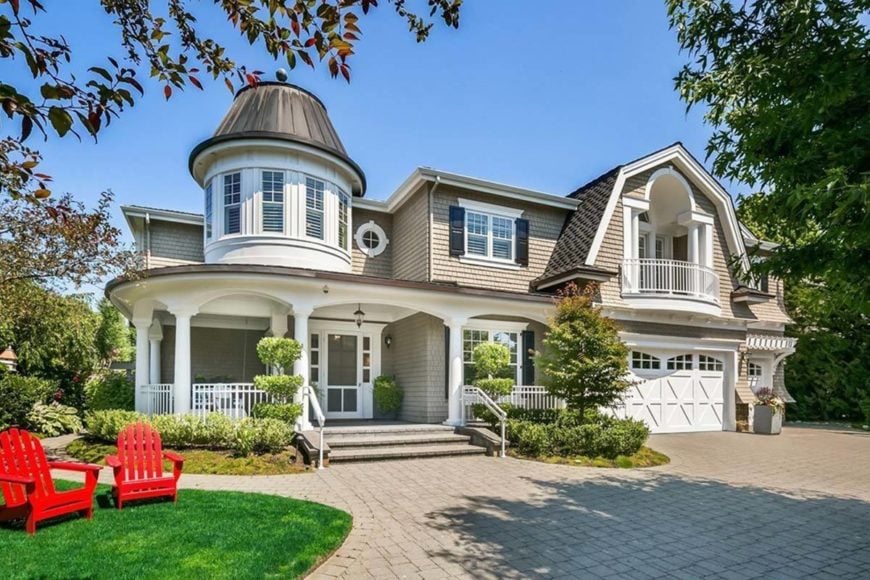 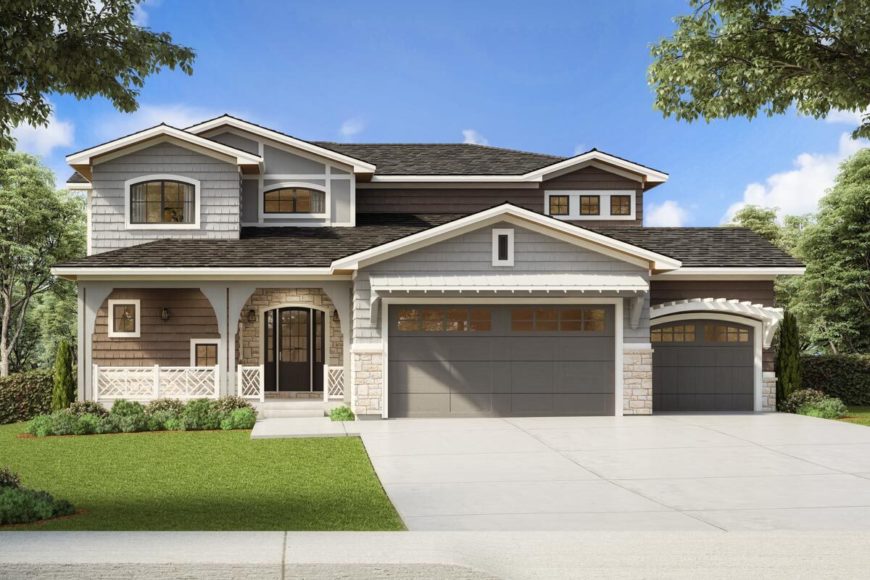 While the Shingle Style House originally started as a New England favorite on the Northeast coastline, often thought as a fisherman captain’s home, the style has become synonymous with early American residential architecture is today is popular across the country. In fact, a very visible example of it sits at both the Disney Hotel in Disney World Florida as well as in some of the most photographed parks and homes in San Francisco City. Originally, the style was thought of as a getaway, summer home for successful families and is often associated with the Hamptons in Maine. It’s very much a rural style specific to enjoying the country and the surrounding outdoors.

How much do Shingle Style houses cost per square feet (approximately)?

Are there Shingle Style floor plans with a detached garage?  Is it possible?

A lot of the possibility really depends how big the property footprint will be for the given home. In tight lots the only way a garage will be possible is for it to be the bottom floor or basement of the home. In large lots, the garage can either be a part of the house or a detached second building with the same style.

Does Shingle Style house usually come with a garage?

Yes, it can be both attached or detached. Again, a lot depends on how big of a property parcel construction has to work with.

Is Shingle Style considered a grand or luxury style of home?  Is the style used for mansions or normally regular-sized homes?

In coastal communities the Shingle Style has been often referred to as a “seaside” style as well. It was originally based on a Queen Anne home architecture that borrowed heavily from Victorian England but took advantage of wood availability and space in America. The style early on was used both by middle class as well as upper class, with the distinction being location and property footprint size. Some home have been built in tremendous size and eventually they were converted into hotel businesses because of the number of rooms and resort locations. Smaller homes are still regularly used today for residential use.

Is Shingle Style ever built as a “small” home?  Can it be built economically?

The trick to building a budget project Shingle style home is generally finding a low-cost land location and having similarly low cost resources and labor skill available. Building a home in Texas, for example, is going to cost a lot less than constructing the same plan in California. Even then, a Shingle Style home has far more work and design involved with rounded contours, overhanging roofs, shingled exterior walls, and lots of arches involved. All of these features add customization and cost to a build compared to a typical cookie-cutter stucco home today.

It is possible with the larger home plans to have some portions incorporate an open concept. This is doable where the interior incorporates large rooms for a free-flowing internal plan and traffic flow or organizes around a great hall design and large main staircase to reach the second floor. This is often seen in many movies with a classic old-style American house setting. Otherwise, with smaller structures, more load bearing walls and separation are needed.

White and off-white are very common for the East-Coast, making the home visible in what would otherwise be a grey landscape during the winter. However, while this is a traditional exterior look, quite a bit of variation exists. Many homes play with colors as seen with Victorian row in San Francisco, utilizing deep reds and greens as well as purples. Other locations steer towards more rustic appearances with natural browns and greens framed in masonry, unhewn and rough-looking. In almost all homes, however, the exterior shows a heavy utilization of wood shingle slats running horizontally across the exterior walls of the home. The texture adds to the grandiosity of the home, especially when it is built with towers and bays as well as wide porches and overhangs.

Can you build Shingle Style house on a narrow lot?

Yes. Queen Anne style homes in San Francisco are great examples of this in practice, built on narrow lots and framed literally next to each other in street rows better known as the “Painted Ladies” locally.

The larger homes such as those found in the Hamptons and open areas definitely take advantage of the space available and can be designed with considerable size. These locations often utilize detached garages as well or large, multi-section structures with multiple floors spread across like a pancake with towers. In these homes the interior is actually opened up for a grand entrance feel, allowing for large interior staircases as well as well as sizable windows for natural light.

Can Shingle Style homes be built on a sloping lot?

If a Shingle Style home is going to be on a slope, it is typically situated on the top of the height versus in the slope itself. Arguably, most structures can be built if the slope is cut into, but this style would not do well built at an angle. The weight of the structure would put immense pressure on the downward side and eventually collapse due to gravity.

How many floors/stories does Shingle Style usually have?

Shingle Style homes, especially those true to the Queen Anne style, have at least two floors if not three. A fourth can sometimes be created by utilizing the attic space. The top of the home may spire with narrower rooms, but the bottom floor tends to be a wider footprint with a stone or cement foundation.

Do Shingle Style houses have a basement?

It is possible to construct this style home with a basement and many of the older structure did have them. The key factor is that the foundation and load-bearing beams were solidly placed and not undermined by the basement cavity.

The typical layout involves a main entrance, a meeting room, a foyer, a kitchen and a dining room on the first floor. The second and third floors tend to be bedrooms with bathrooms and the attic is intended for storage. If one wants a bonus room, it usually involves a conversion of an existing unit intended for a different purpose. Alternatively, one could build in expansions or larger plots adding more rooms in the process.

Given the style, the older homes were not the most energy-efficient, often utilizing multiple fireplaces for heating and windows for cooling and natural breezes in the morning and evenings. A modern home with HVAC would involve the necessary routing and probably at least one floor AC unit as well as a roof unit to compensate properly. Heating would typically be generated from a basement unit and distributed through venting upwards through the house or by fireplace radiation.

Is a porch a common design feature with Shingle Style houses?

Porches are very much a bread and butter component of Shingle Style homes. They were a classic part of the external entrance and would typically take up the front face of the home.

What types of roof does a Shingle Style house typically have?

Clearly, a shingle roof was a common staple for this style home and continues be so but with modern versions today. The old-style wood shingle has generally become a thing of the past in many renovations due to the fire-prone nature of the classic roofing versus modern asphalt shingles.

The roofing on a Shingle Style home was very unique, however, incorporating lots of curves and round tower caps versus just a straight, flat rectangular look so common in suburbia today. The shingles could also be in different colors versus just a standard wood brown or black. Reds, greens and even some unique styles with deep yellow were constructed. Another unique aspect of the roofing was how the shingles flowed over the entire roof without separation or joints from one section to the next.

Does Shingle Style work well with a rustic interior decor?  Or is it more suited to a contemporary interior?

When it comes to matching rustic style, the Shingle Style home easily adapted to a rustic living as well as traditional colonial style. It was very versatile and lot depended simply on how one painted the interior and what kind of flooring was used. Wood paneling is practically universal in a classic Shingle Style home. Left to its own color stained it blends easily with a rustic style and décor. Mahogany has been a frequent wood type in many homes, running from the floor line all the way to the ceiling in panels. Other homes utilized oak board and coastal homes were famous for batten and beadboard styles. Within this carpentry, nooks and alcoves for window sitting and reading were common, as well as benches built into the staircases. Smoking rooms and parlors were also a natural component of Shingle Style homes as well as wood-paneled personal libraries.