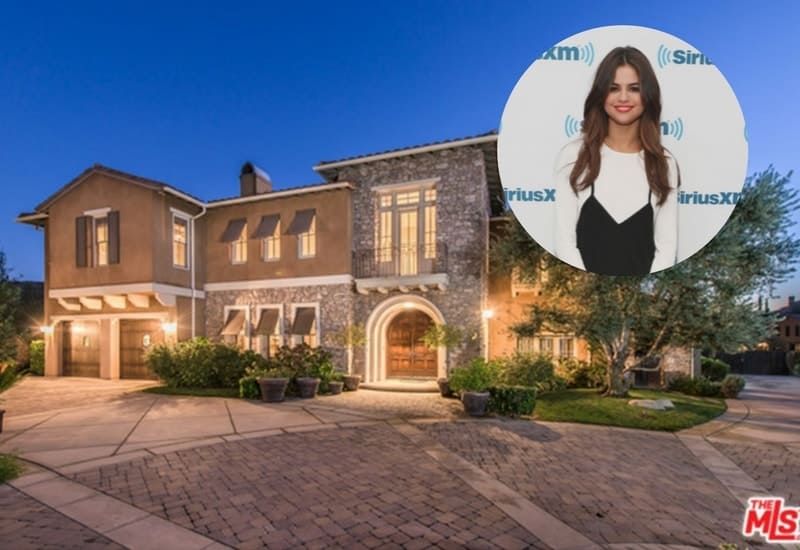 Selena Gomez was first known as a regular in Disney TV shows, movies and music but she eventually proved that her talent extends to far greater heights.

Born on July 22, 1992 in Grand Prairie, Texas, Selena Gomez discovered her celebrity flair during her stint on the kids show Barney and Friends. Gomez then quickly gained fame, appearing in multiple movies, and starred on the Disney Channel’s The Suite Life of Zack and Cody and Hannah Montana. She was also assigned as the lead for Wizards of Waverly Place.

Apart from her successful acting career, Gomez is also a bright singer. Her cover of “Cruella de Vil” for DisneyMania 6 in 2008 made her star much brighter. She then released three tunes for the soundtrack to her movie Another Cinderella Story and recorded a song for the animated film, Tinker Bell. She also worked with fellow Disney stars Demi Lovato and Jonas Brothers in the music industry.

Behind her bright star in acting and singing, Gomez lived in pain when she was diagnosed with Lupus that potentially started in mid 2013. Gomez would live her second life upon getting a kidney transplant from her bestfriend who volunteered as donor.

Table of Contents Show
About Selena Gomez’ Former House
What to Love About the House
Calabasas, California (Map)
Selena Gomez’ Net Worth

This 7,786 square foot Calabasas mansion built in 2004 features a main house and a guest house, both in Mediterranean style. The main house boasts five beds and six baths along with five fireplaces while the guest house offers a full-sized kitchen, fireplace, walk-in closet and a terrace.

The Mediterranean main mansion features a primary suite bedroom with a sitting space expanding into a spa-style bathroom with a steam shower. The closet accomodates most of Gomez’ classy outfits while indoor entertainment rooms such as a spacious gym and home theater add class to the abode.

The foyer has a terrific winding staircase that flows into the entry hall.

The primary bathroom is huge with a large soaker tub and huge walk-in shower. It’s very nicely designed too.

Outside, the home offers a jaw-dropping courtyard backed by manicured landscaping. A backyard pool is perfect for a weekend relaxation while the cabana and outdoor kitchen equipped by a brick pizza oven can cover a party.

Check out the full photo gallery below of Selena Gomez’ home. 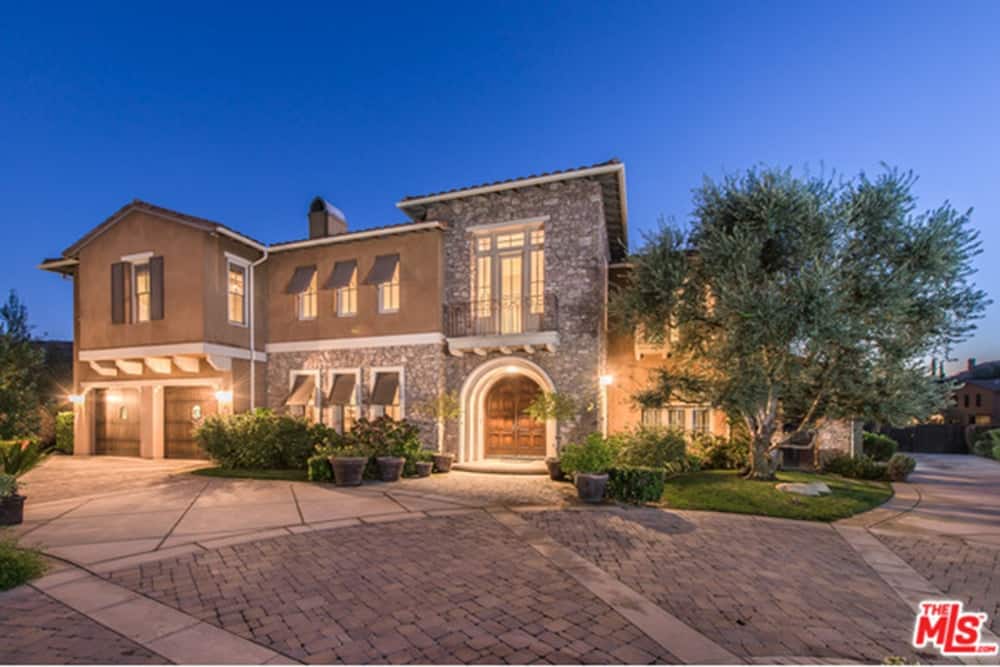 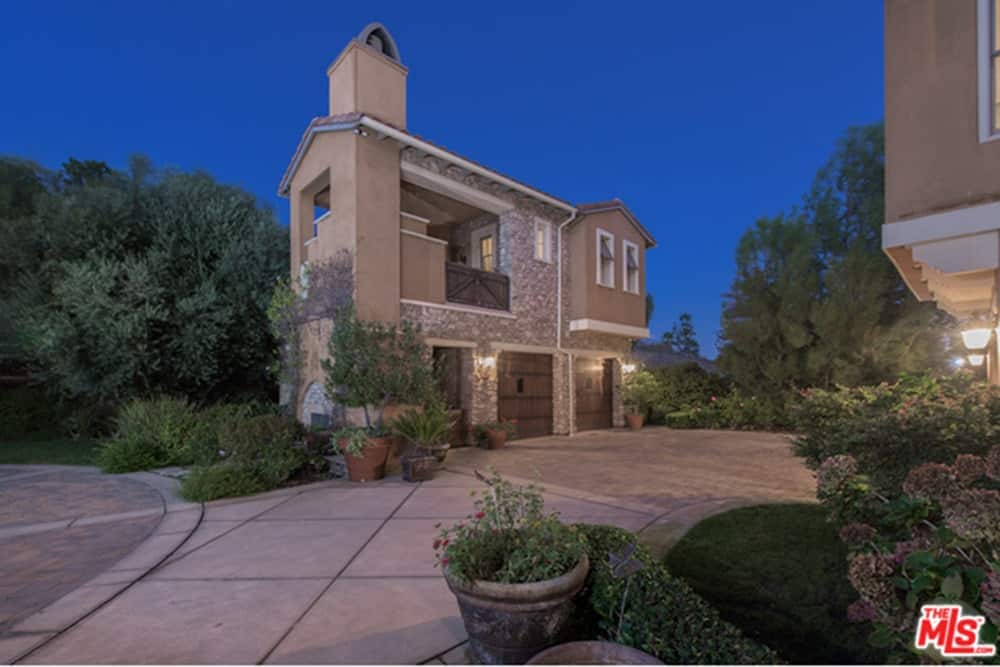 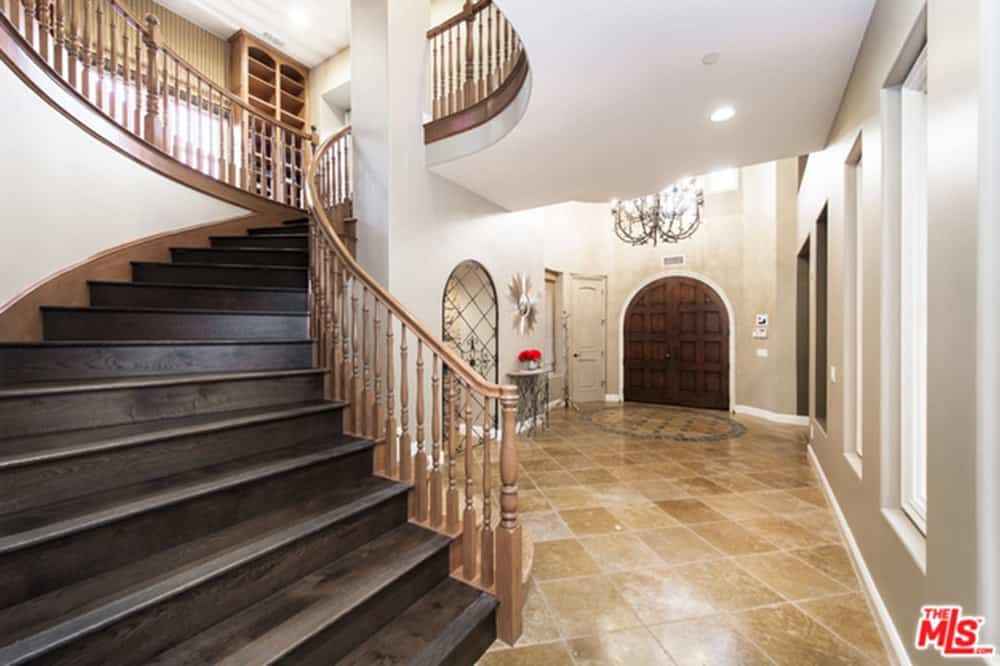 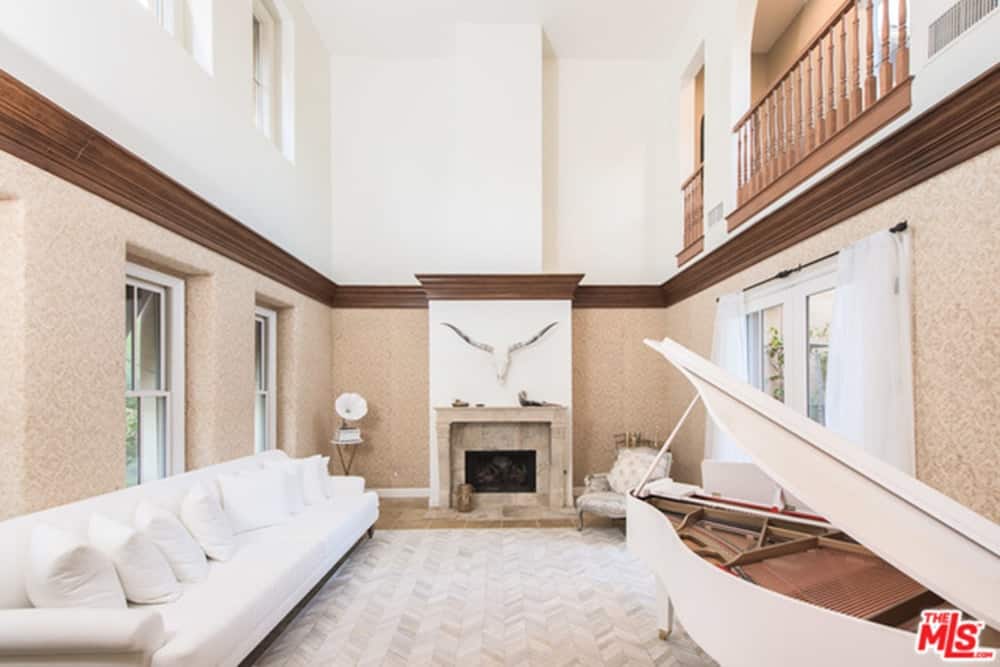 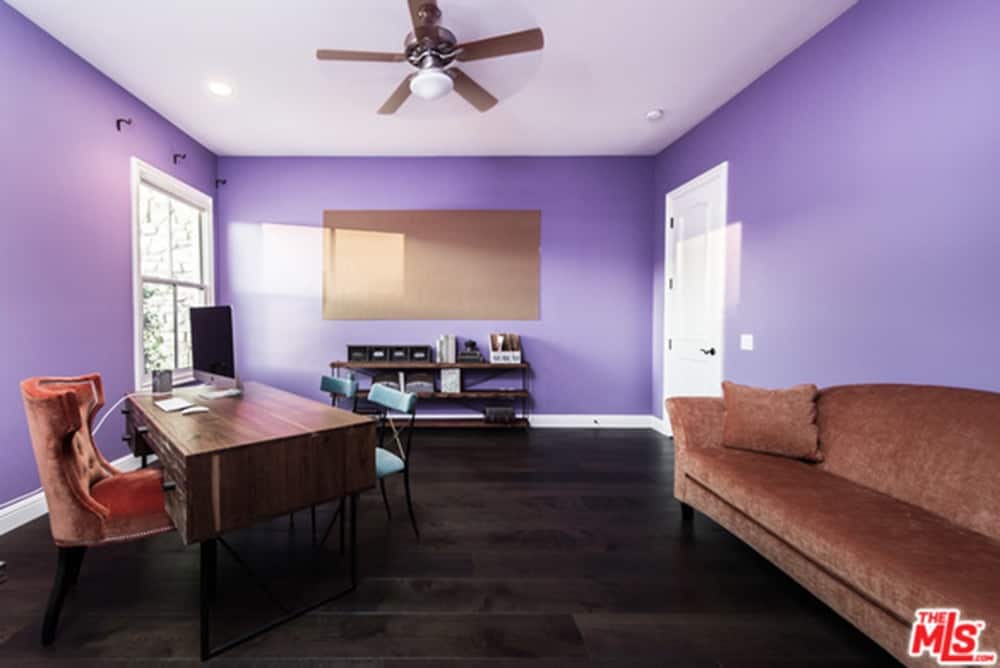 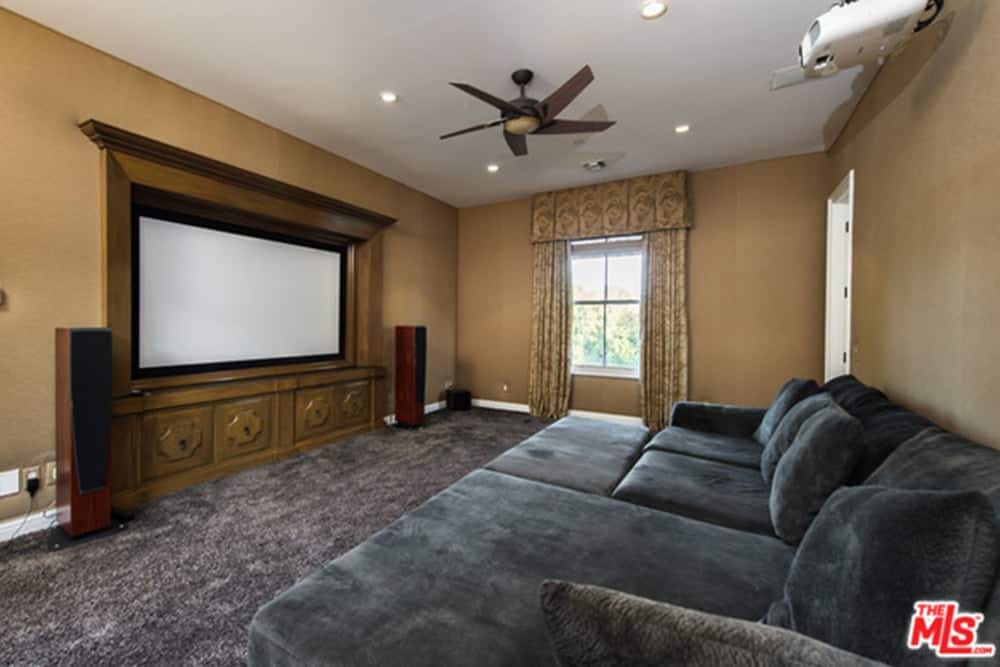 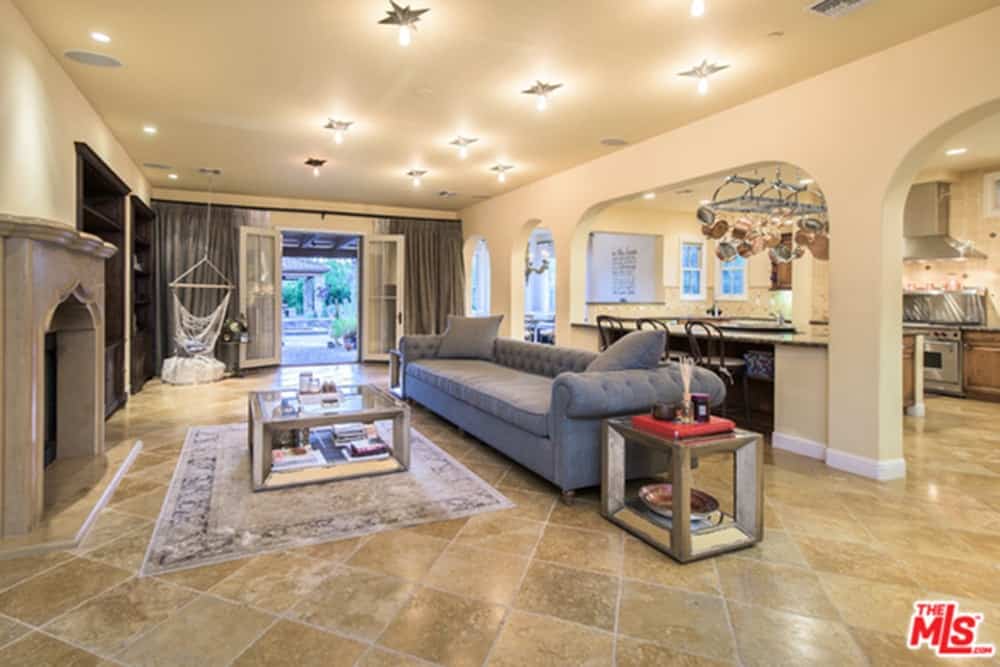 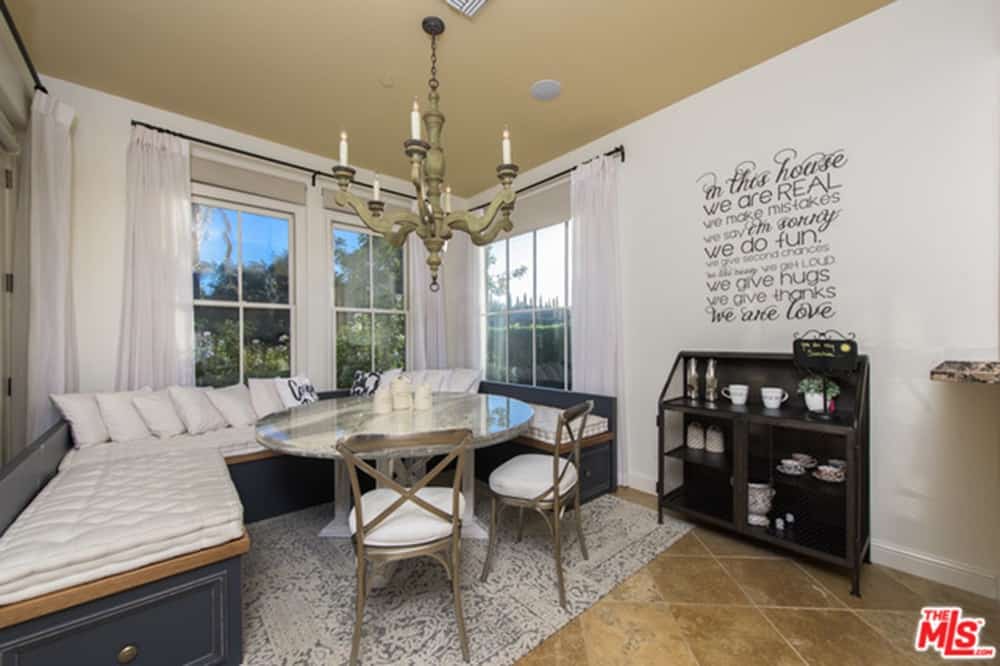 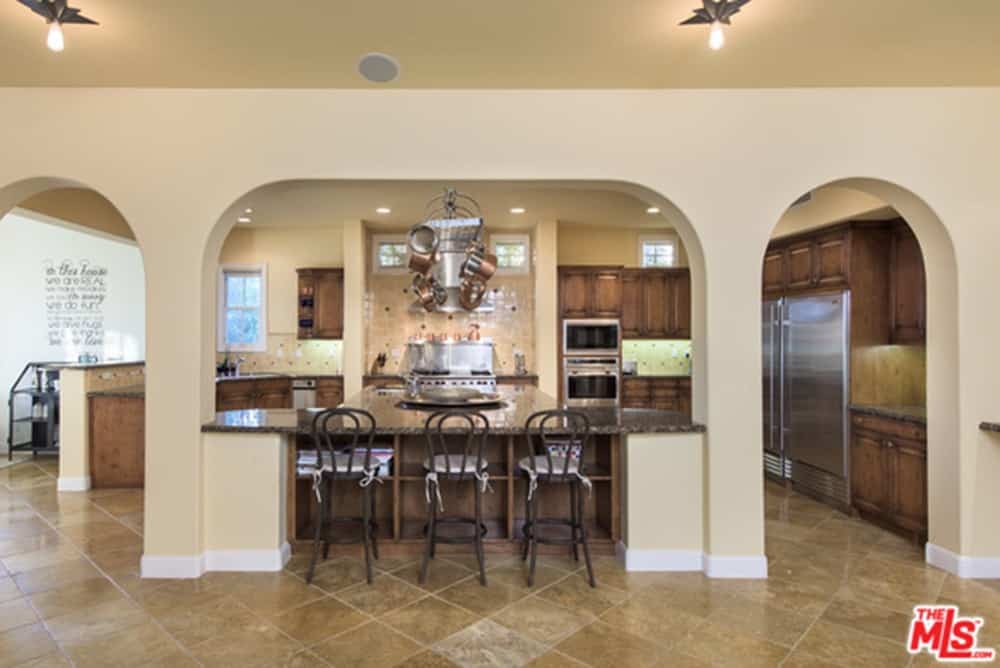 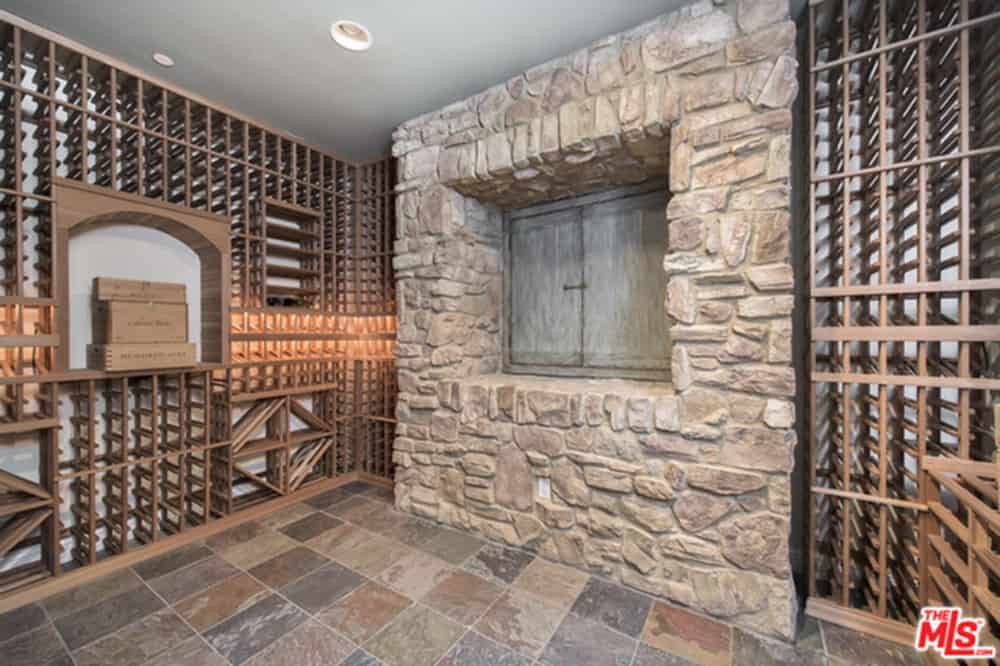 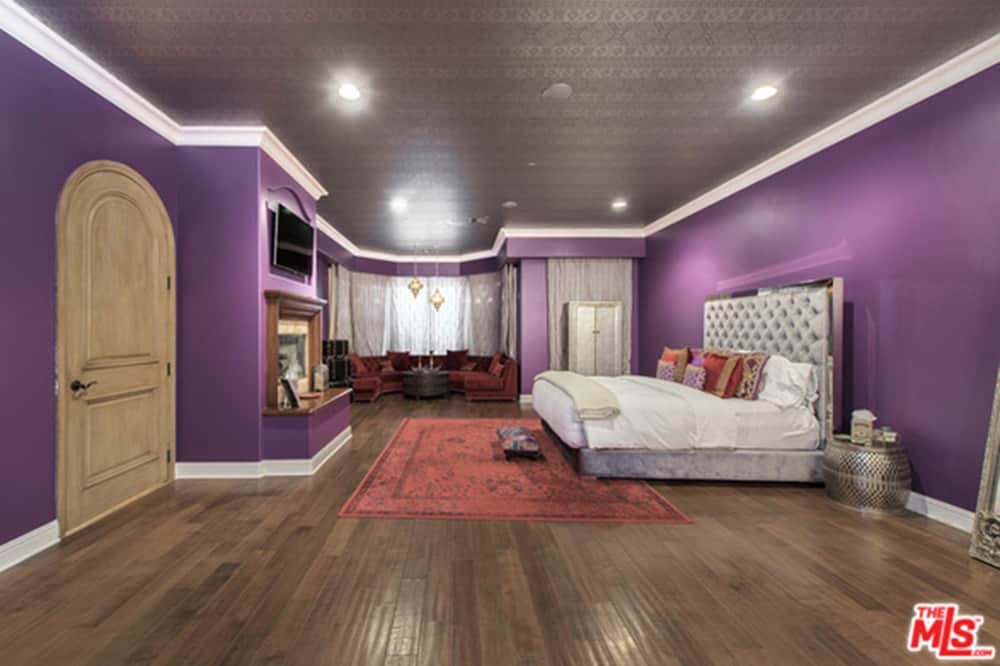 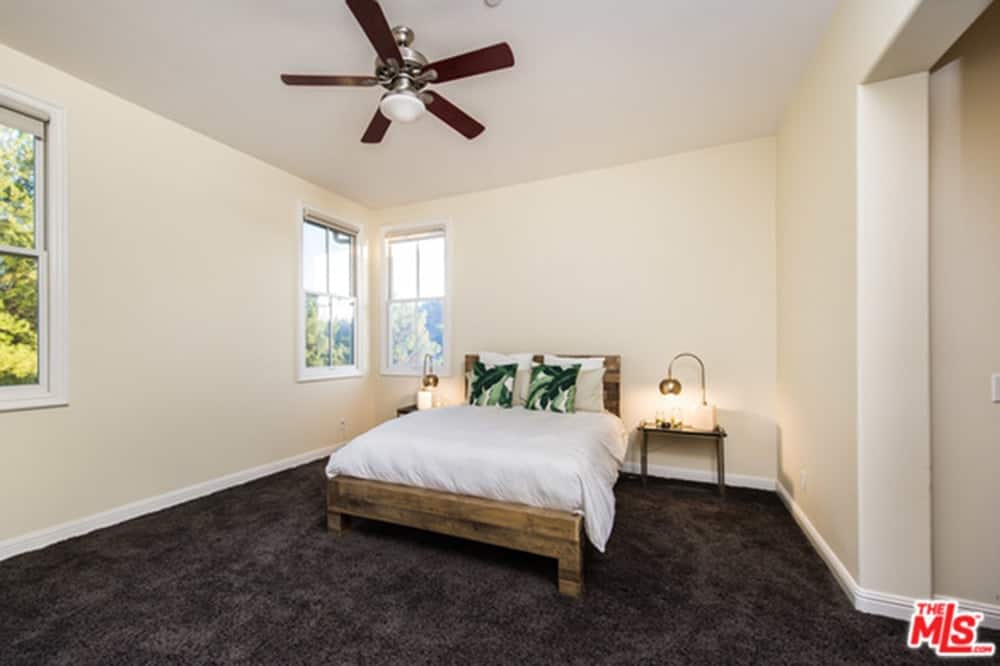 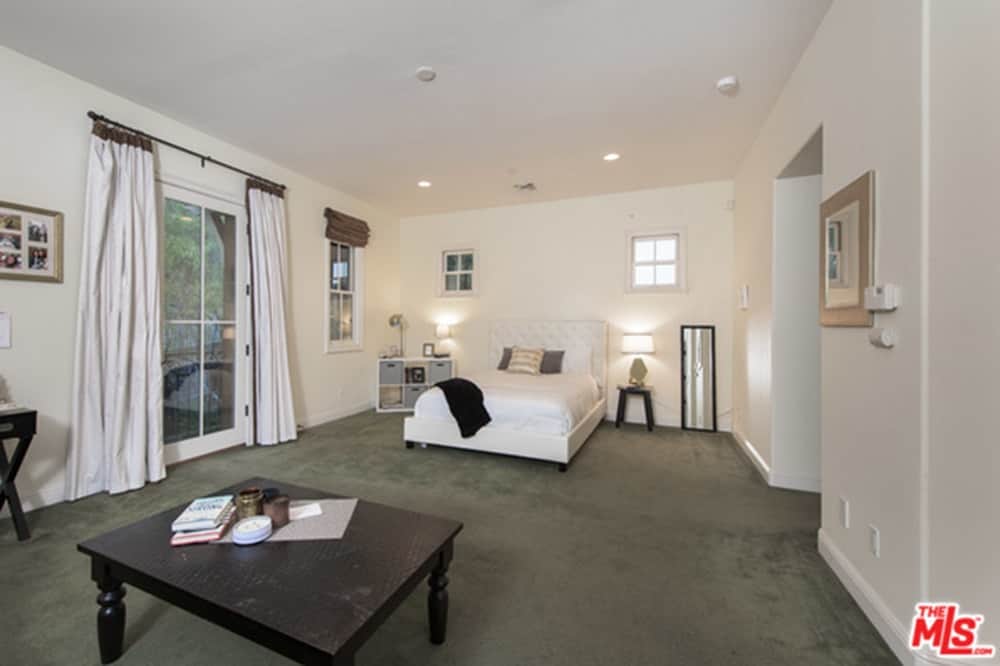 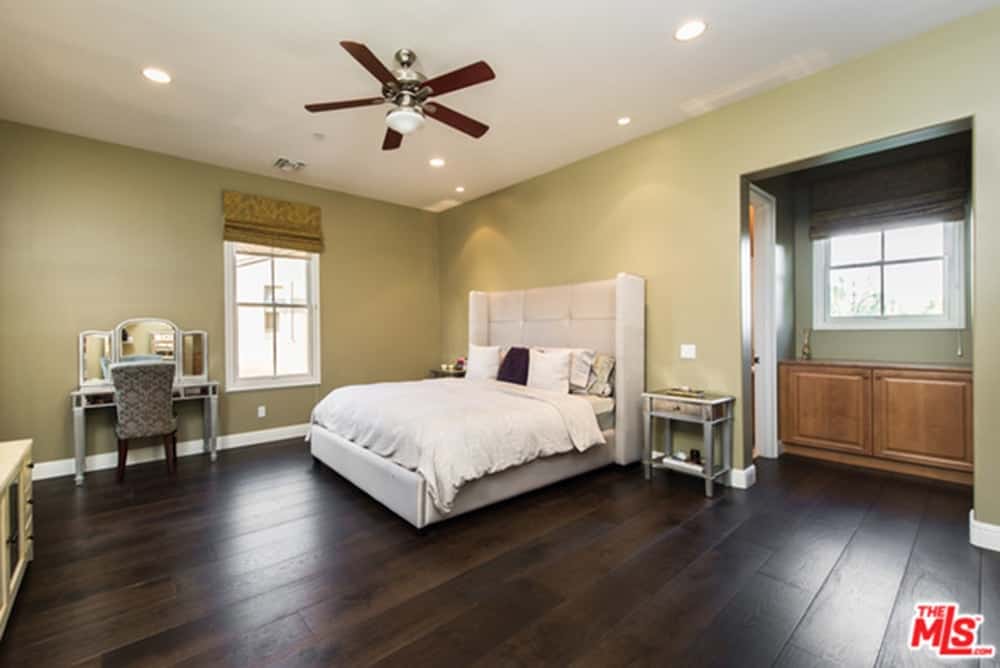 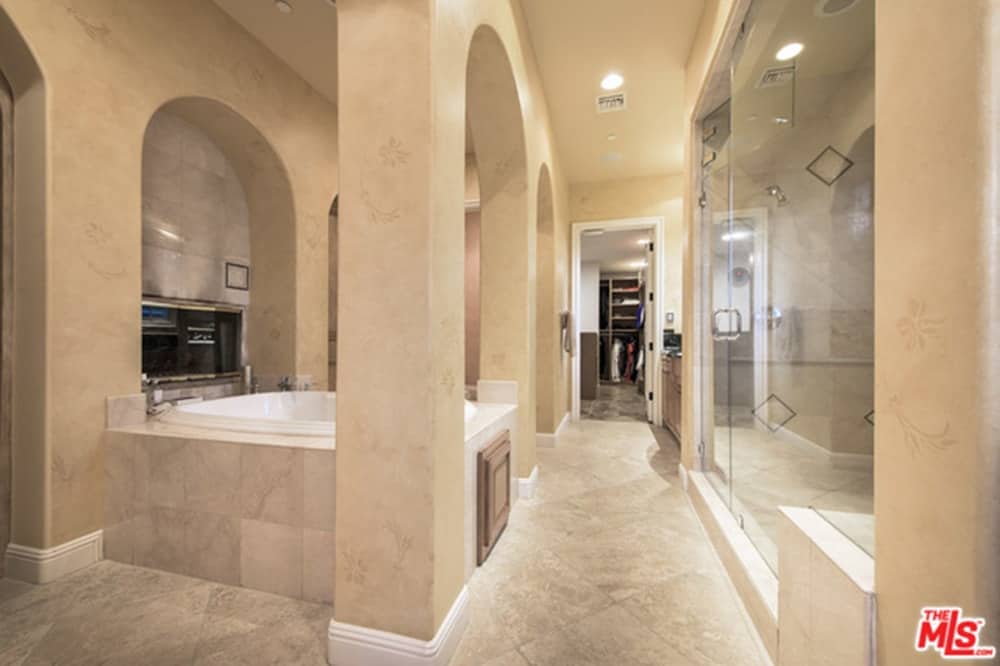 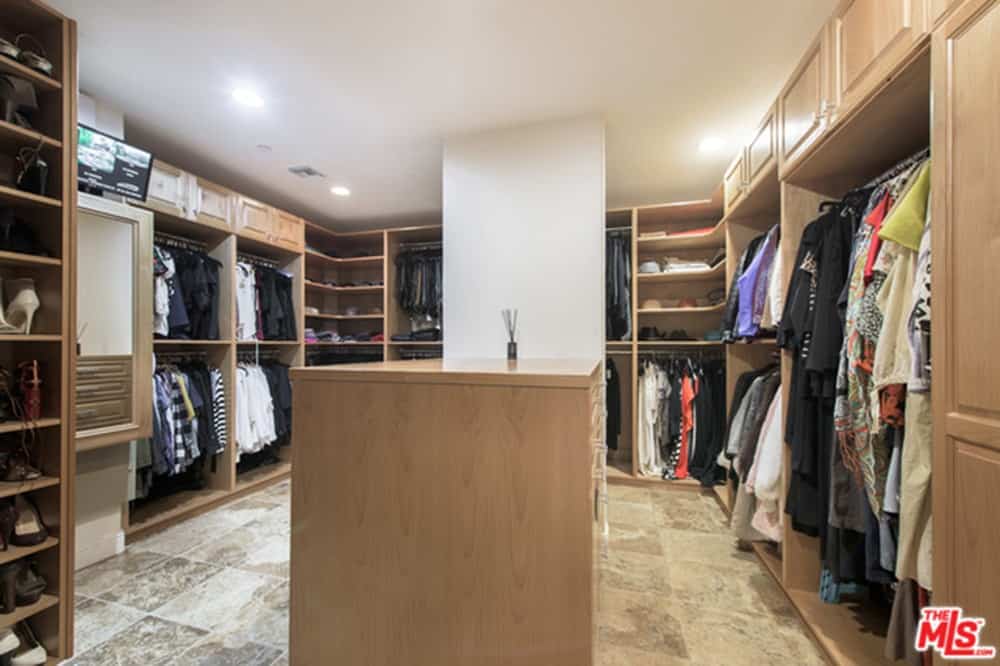 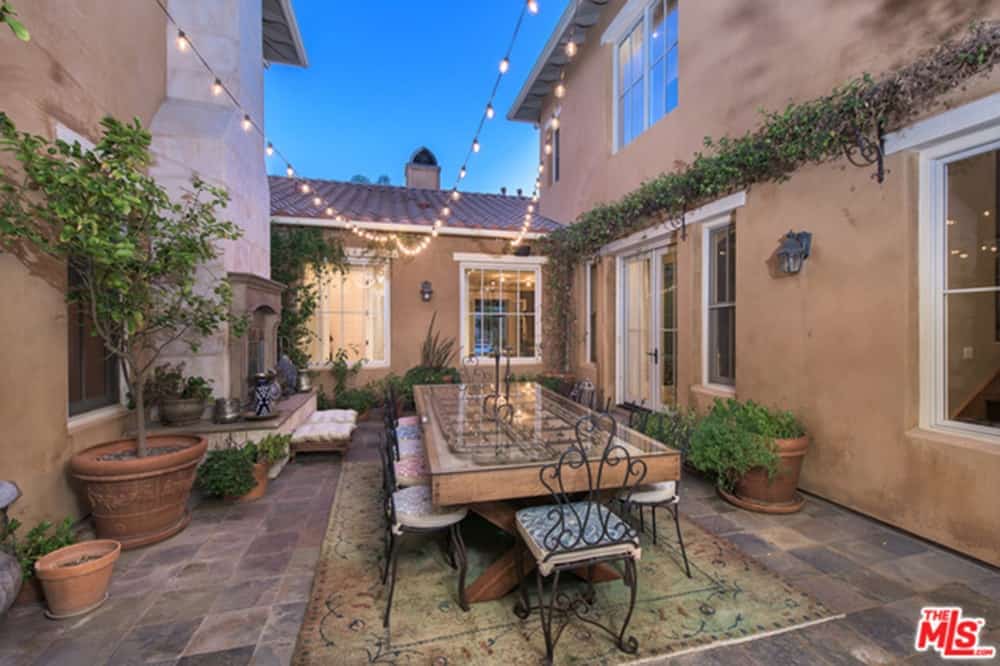 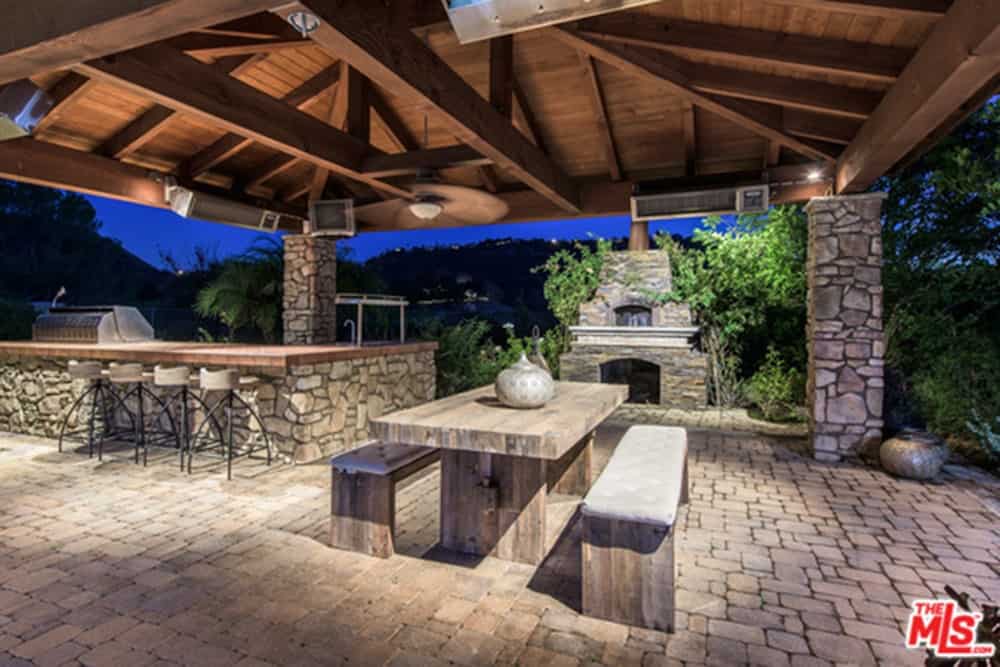 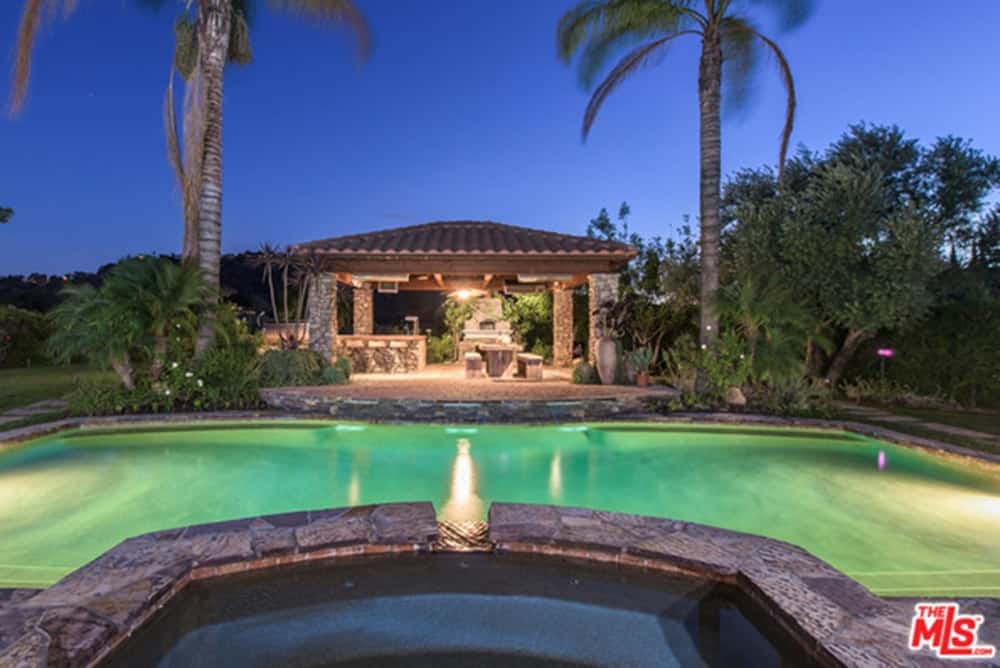 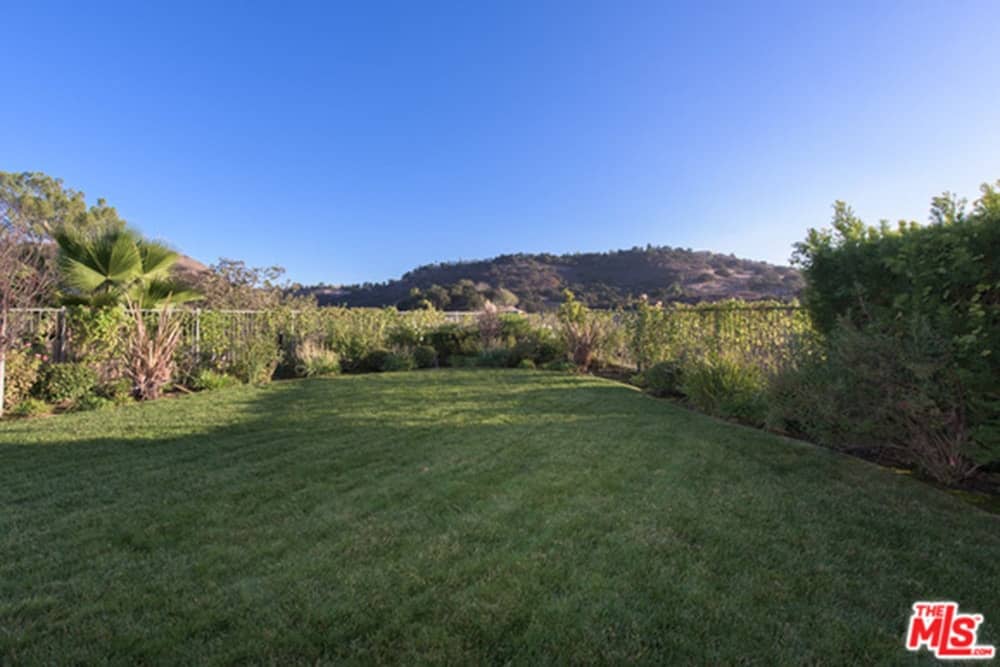 CelebrityNetWorth.com estimates her fortune at $60 million.