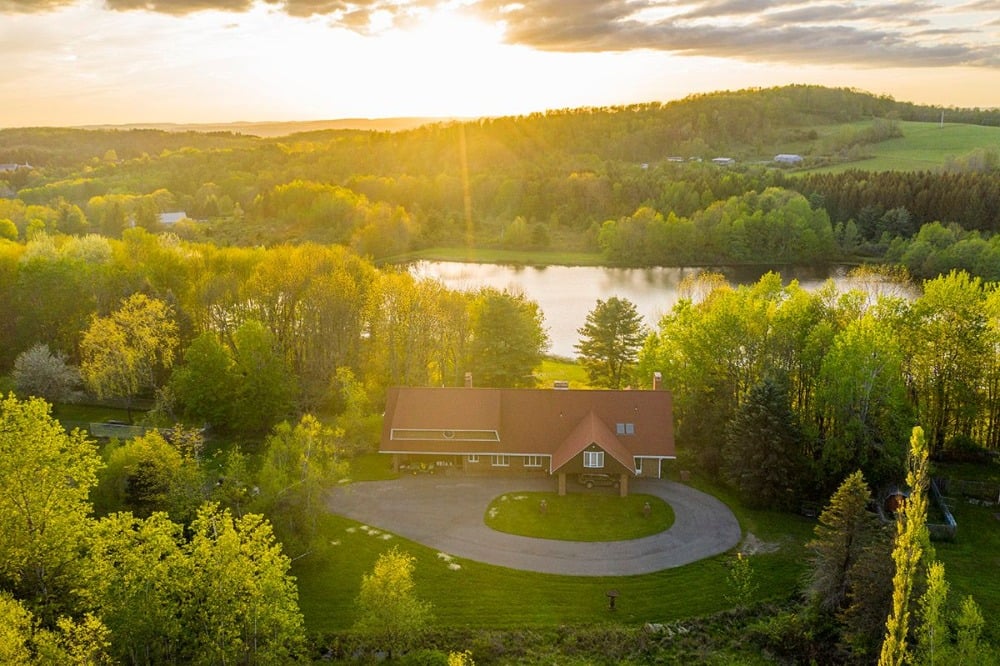 Former New York Yankees player and manager Billy Martin's mansion is up for auction. This Upstate New York lakeside retreat is elegantly furnished and boasts plenty of space. Discover all that this beautiful home has to offer and why bidders will be clamoring for the chance to own it.

Looking for a luxurious lakeside retreat?  Former New York Yankees manager Billy  Martin’s mansion in Upstate New York is being put up for auction.  Going once…going twice…let’s take a look around first before you put in a bid.

The sprawling red house was built in 1960.  Walk through the front door and you’ll find yourself in an elegant entryway, where a staircase leads to the upstairs living quarters.  Continue through the entryway and you’ll happen upon a sun-splashed dining room.

The back glass wall of that room lets in lots of natural light and gives you access to the outdoor deck area.  Since the home measures 5,187 square feet, it goes without saying that the rooms are large.  Plus, all the windows look out on beautiful views of the lush lawns, lake, and other natural landscaping that surrounds the mansion.

This place boasts four bedrooms and as many bathrooms.  The primary bath is enormous.  It features a large tub and double sinks and counters.  It also has a lot of open floor space and a sitting area, something you don’t usually see in a bathroom.  With vaulted ceilings and a stone wall, this spa-like room resembles something you might see in a palace.  With its classy furnishings and reach-in closet, the primary bedroom doesn’t disappoint either.

Here’s something else about the house that’s hard to pass up.  One of the bedrooms is actually a bedroom suite with additional space for a desk — or whatever you would want to put there if you moved in.  Even better, it has a fireplace, making the suite especially cozy and warm.

Not surprisingly, the living room is elegantly furnished.  Despite the rather opulent accessories, the room has a comfortable, homey feel.  Imagine lining the built-in shelves with your favorite reads.  On cold winter nights, you can curl up near the crackling fireplace with one of those volumes and escape to worlds unknown without leaving your snug surroundings.  And while we’re on the topic of built-in shelves and cabinets, those are available throughout the entire house.

The kitchen is equipped with plenty of amenities, including a  center island and breakfast bar island, giving you ample space for meal-prep while providing an area for casual dining.

There’s also a room that’s listed as a home office.  If you don’t want to use it for that purpose, let’s just call it a bonus room.

We’ll wrap up the tour on the large back balcony.  With plenty of seating and a dining table, this inviting spot overlooks the lake.  Here you can enjoy majestic sunrises and sunsets while taking in the surrounding greenery.

Billy Martin played for the New York Yankees and led them to a World Series win in 1952.  He went on to manage the team in later years.  In 1989, just moments before reaching home, his pickup truck slid off the road during an ice storm.  The accident brought his life to an unexpected end on Christmas Day. 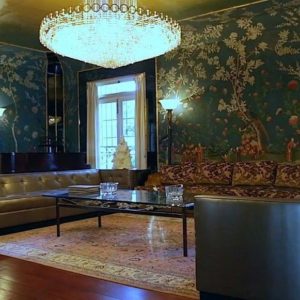