Derek Jeter has made a name for himself by being among baseballs finest players, and he is certainly in the top 100 players for the last 20 years. His knowledge of the game and business acumen have enabled him to obtain some very interesting properties, like this New York castle. 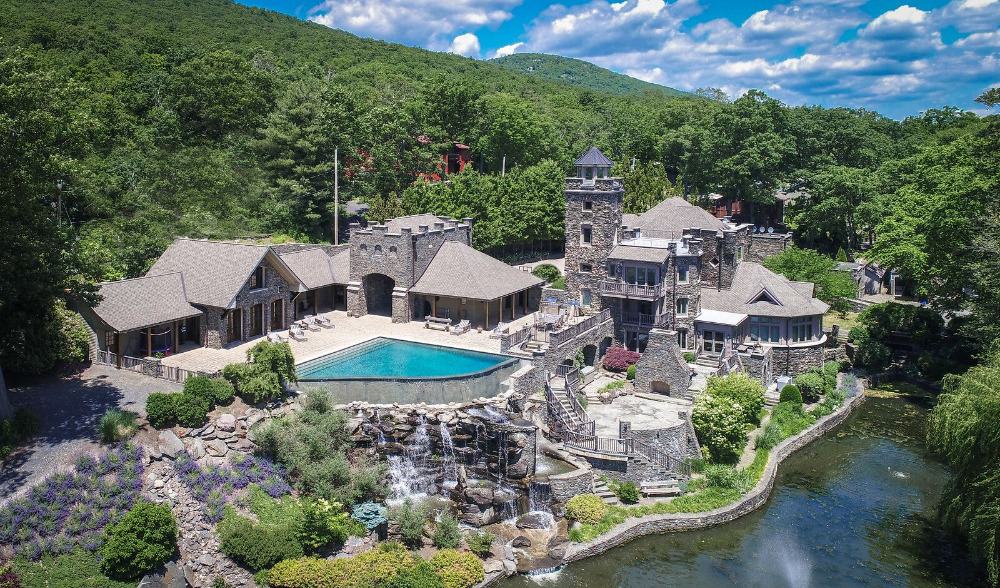 Derek Jeter is a well-known baseball shortstop. He has also distinguished himself as a business professional and as an executive in the business of the game he loves the most – Baseball. Since 2017, he has filled the role of CEO for the Miami Marlins and as a player, he made a name for himself by amassing 260 home runs, nearly 3,500 hits, and a batting average of .310 – which we’re told is quite good.

With all those accomplishments under his belt, we wouldn’t expect him to be living in a two-room apartment in New Jersey. No, quite the contrary. The Jeter family resides in a massive and true to form castle in New York.

Constructed in the early 1900s, Tiedemann Castle’s floor plan encompasses over 11,000 square feet and stands on 700 feet of shoreline on Greenwood Lake. Derek has recently put the castle up for sale at the asking price of $14.75 million.

Standing in a paddleboat on the Greenwood Lake, the castle just looks far too medieval to be real. But we assure you, it is real, and it is an honest to goodness- true to form castle- made from stone and mortar, with dramatic spires, shooting ports for archers, machicolations, and more.

To be fair, real, honest to goodness castles were designed to be kill-zones for invading forces- but Tiedemann Castle is much more amenable to family living than feudal conquest.

Inside, the walls are anything but stony and cold. Inside the entryway, we find that the inner walls are finished in the conventional way with plaster and molding. But overhead as we make our way in, we find a faulted ceiling rising all the way up to the peak of the structure, lined with heavy wooden beams. It seems to thematically simulate a portcullis and draw bridge, and the effect is quite striking.

The dining room seems fit to host a regiment of knights with seating for more than 14 guests. But the chairs are softly upholstered, the floor is largely covered with an ornate rug, and the walls are finished in finely processed woodwork.

The living room is a grand area surrounded by windows and ample seating. Another massive and ornate rug covers the floor, and the ceiling is vaulted into a center-point creating the feeling of a grand tent-like lodge. Triangular skylights admit additional sunshine for added illumination during the daylight hours, and given a properly placed moon – these could deliver quite a spooky effect.

Outside, a lavish patio area overlooks the lake with a great stone-brick deck, and several large wooden sunbathing chairs. Around the corner is a wishing well shrouded in ivy and stone, for a very charming added touch.

The one drawback to the lake castle is that it is rather remote. This could be, after all, the reason why the busy, deal-making Jeter is looking to sell.