Okay, I'll say it out loud... I don't like sectional sofas. There, I said it. I'm not the only one. It's incomprehensible to me that sectional sofas are so popular given the problems they have. Read why I think sectionals are so terribly overrated here. 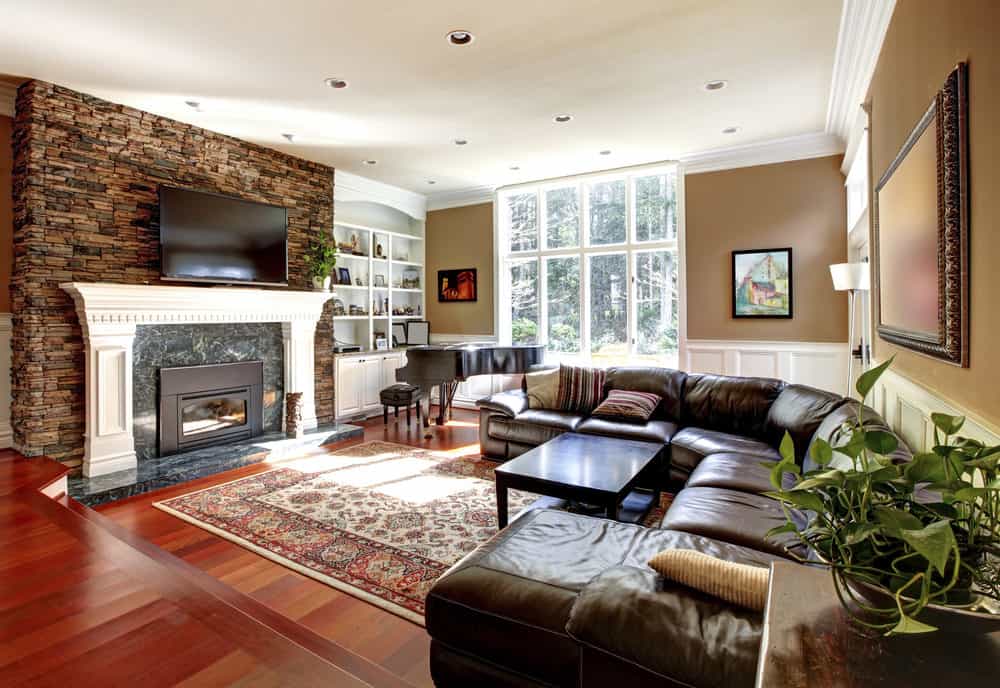 According to Forbes, people either love or hate sectional sofas. Now hate seems like a pretty strong word for a piece of furniture, but I definitely fall on the strongly dislike side of things. I have friends who have them, and they’re always singing their praises. But you should probably know that these friends all have multiple offspring who feel like the sectional is more of a trampoline than a piece of furniture.

My disdain of the sectional traces back to a recent unpleasant furniture shopping experience. With moving day approaching rapidly, I was ready to purchase new furniture for my new living room. I already knew what I wanted – an Italian leather sofa – but the saleswoman felt a sectional offered a superior choice online pokies.

That was the day I got my Ph.D. in sectional sofas. And after being schooled for two hours of my life I’ll never get back, I was edging closer to the “hate them” group. Here’s what I learned (and it just might save you from a future furniture disaster):

The History of Sectional Sofas May Surprise You

I’ve long thought the sectional sofa was an American creation. After all, we’re known for “super-sizing” nearly everything, and we routinely jump on board with the “bigger is better” idea. Turns out that’s not the case.

Sectional sofas actually trace back to the Victorian era in Europe, when socializing meant lovely dinners and romantic balls instead of sitting around glued to a smartphone. Sectionals at the time were made up of two or more sofas that could easily be pushed together to create a longer couch. Corner pieces weren’t often used at the time, which meant you’d need a rather large space to accommodate these long pieces of furniture. They were likely placed against the walls of large ballrooms where the latest debutantes coyly sat waiting for eligible bachelors to ask them for a waltz, or perhaps a sneaky rendezvous into the garden.

The sectional sofa saw a resurgence in popularity in the 1950s, but this time it came with a mid-century modern design. Pioneered by famous designers of the time, such as Ray and Charles Eames, this new trend in furniture emphasized bold geometric shapes and minimalist styling, and the sectional offered a way to provide a continuous line of seating that eliminated the need for separate couches, loveseats, and chairs.

As a fan of some of the furniture to come out of that mid-century modern era, I see the appeal, but as I mentioned, we Americans seem to think everything’s better if it’s bigger, and sectionals have been no exception. Two years ago on Super Bowl Sunday, I found myself at a big Super Bowl party with friends, and one of these monstrosities took up their entire living room. These super-sized pieces of furniture are no friend to girls like me who barely top five feet tall. My feet didn’t even touch the floor, and when my team scored that day, I couldn’t even jump up to cheer for them – I was lost in the couch. My team lost, and I still harbor a wee bit of resentment towards that sectional. True story!

Despite having a rather large fan base, particularly in the U.S., sectional sofas have some significant shortcomings I find difficult to overlook.

I’m a person who loves rearranging the furniture and redesigning the entire look of a room, much to my late husband’s chagrin. He wasn’t a fan of change, but I love variety. And it’s something I’ve been doing since I was a kid. I’d get bored of my bedroom, my parents would hear a racket, and they’d come in to see me shoving around a dresser five times my size.

Rearranging things becomes a no-go if you have a sectional sofa. Think of a sectional as a commitment – a huge commitment (one that’ll likely last longer than 50% of Hollywood marriages). You’d better love it and the way it’s configured if you buy one. And if you belong in Frequent Furniture Re-Arranger’s Anonymous as I do, stick with a traditional sofa. 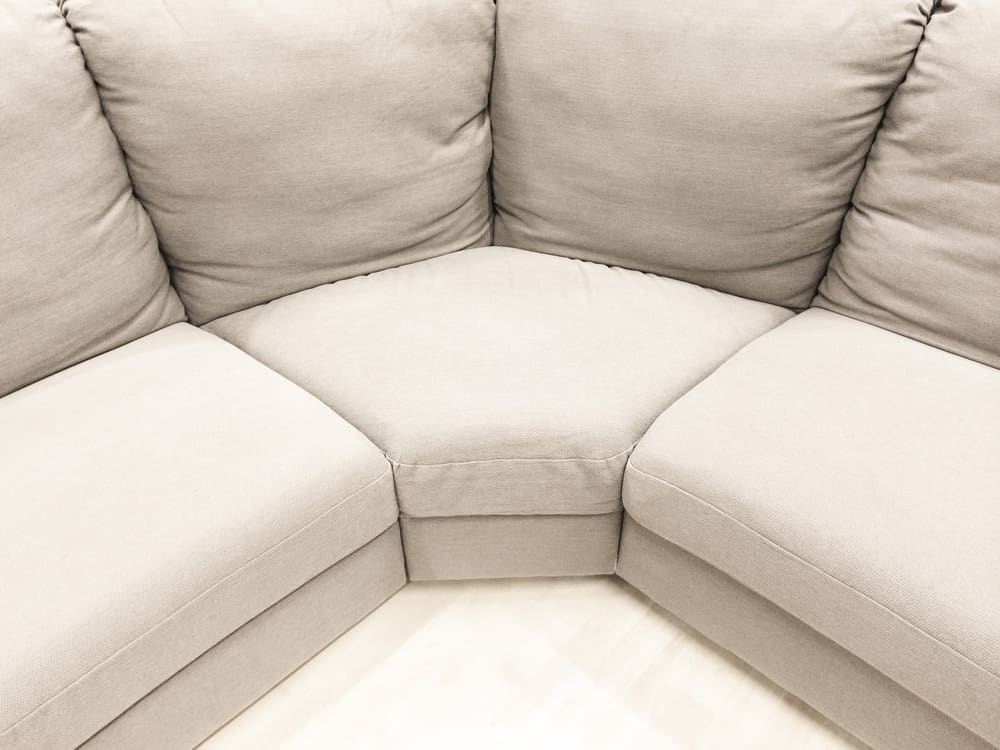 While I truthfully find sectionals quite comfortable, there’s that corner seat to consider. No one wants to be left sitting in that corner seat, especially when sharing the sectional with multiple people. That person in the corner is left with two choices – sit on their legs (completely uncomfortable and impossible for some people) or end up with their legs entangled with the people beside them. Not ideal in either case. In many cases, people won’t even bother trying to sit on that corner seat – and you can’t blame them – which means it’s a waste of space. 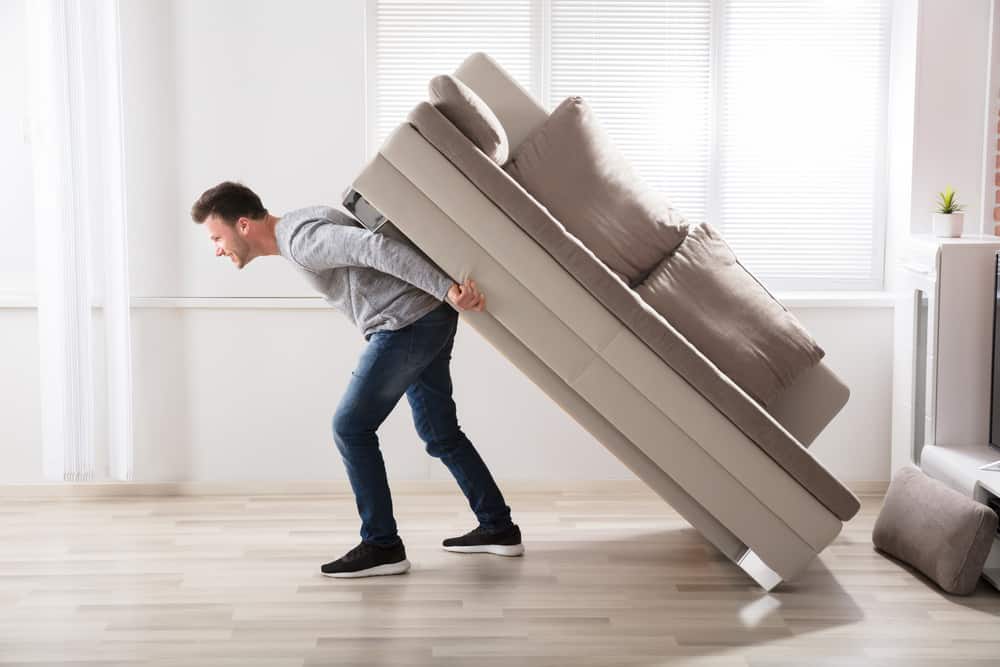 Portability becomes a problem with sectional sofas for two reasons: the sectional’s configuration may not work well in a new space if you move, and they’re awkwardly shaped and extremely heavy. They can be tough to maneuver through doorways, and it’s pretty common to damage door frames accidentally when trying to move sectionals. If there are stairs to deal with, “may the odds be ever in your favor!”

Just think back to the unforgettably funny scene in FRIENDSwhen Ross has Rachel and Chandler help him move the couch into his new apartment, which just happened to be up a flight of stairs:

Sure, it’s hilarious to watch them struggle while Ross yells “Pivot!” repeatedly, but it won’t be that funny when it’s you and your friends trying to drag that sectional up a flight of stairs. Yes, that was just a couch and not a sectional sofa, but just imagine that struggle with three massive pieces.

While I’m convinced sectional sofas are overrated, I grudgingly admit they have their benefits, too. For my friends with multiple kids that they need to seat comfortably for a family movie night, it works. After all, the corner seat isn’t so bad if you’re three years old. If contemporary style appeals to you, sectionals bring a sharp symmetry that looks fresh, particularly when accentuated with crisp colors. And comfort – you can’t argue with the comfort of sectional sofas. Love napping? A sectional with a chaise lounge is your holy grail.

For me, I’m still convinced they’re overrated. Perhaps I would have loved sectional sofas had I experienced them in the Victorian days, sitting primly on the edge in a stunning ball gown with a handsome gentleman bent over my hand. Sounds dreamy. But without the ball gown and the handsome gentleman, all I can see is an enormous piece of furniture that once tried to eat my petite frame, so I’m sticking with team sofa.

By Joy Burgess. Joy is a freelance writer with a passion for interior design, a love for funky, unloved pieces of furniture, and a tendency towards the snarky and sarcastic.