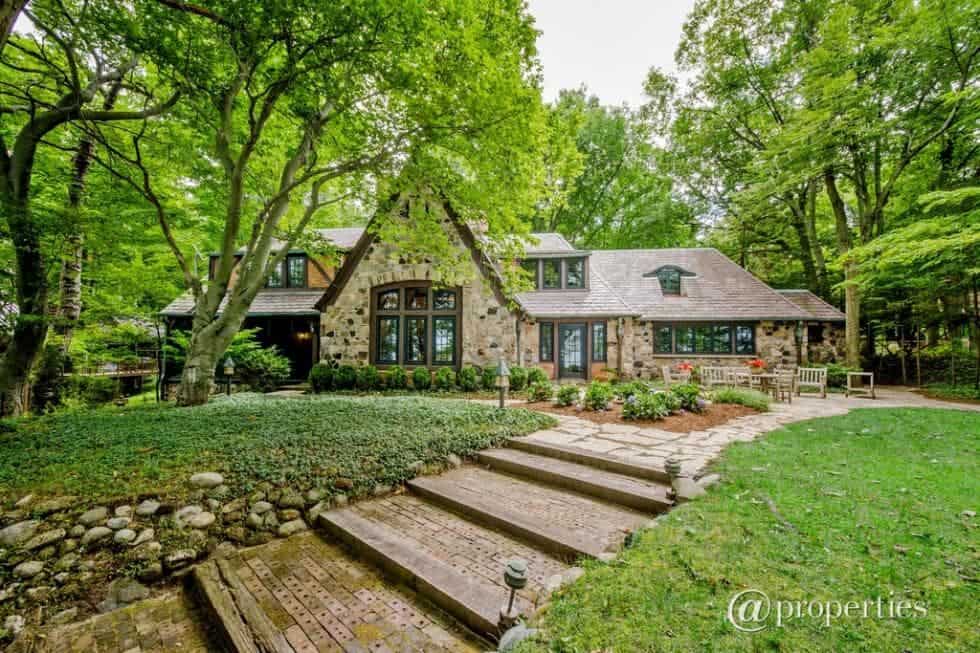 Frank Ebert is a famous writer and film critic who was one of the famous owners of this Harbert house which includes heavyweight wrestler Jumpin Joe Savoldi and lawnmower inventor Cecil Pond. Ravenswood is now on the market priced at $4 million.

The 1934 English Tudor cottage-style home is named Ravenswood. It is measured at 4,140 square feet with a beachfront beach house and a long, winding, and wooded driveway area to the house. The house consists of four bedrooms, five bathrooms, four fireplaces in the kitchen, dining, living, and lower recreational area with lake views.

New York City has the Hamptons, Boston has Cape Cod and Chicago has Harbor Country as its own beachy, upscale getaway. It’s a group of eight little towns in southwestern Michigan made up of Sawyer, Harbert, Lakeside, Union Pier, Three Oaks, New Buffalo, Michiana, and Grand Beach. Extremely convenient from downtown Chicago, one can be at the beach on Friday night with just under a two-hour drive and wake up rested in vacation land on Saturday morning.

A number of Chicago celebrities have made this their vacation homes such as former Mayor Richard M. Daley, actor Dennis Farina, film critic Roger Ebert and his associate Gene Siskel. Ebert was the celebrity who was most responsible for making the area a Windy City weekend retreat. The late critic’s home in Harbert, 12 miles past the Michigan-Indiana border, is now for sale.

Ravenswood is a 1934 English Tudor cottage-style home of 4,140 square feet with a fully equipped beach house overlooking a wide sandy beach. The long, winding drive through a wooded area to the house ensures complete privacy from the road. The four-bedroom, five-bath home has had other illustrious owners in the past such as heavyweight wrestler Jumpin Joe Savoldi in the 1930s and the inventor of the riding lawnmower, Cecil Pond.

There are four fireplaces in the kitchen, dining, living, and lower recreational area with lake views from almost every room. The home has been completely updated and its quaint charm, beautiful grounds, and history are legendary in the community. Priced at $4 million.