World-renowned chef, author, and television cooking show host, Julia Child's four-bedroom, four bathroom, French villa-style cottage, named La Pitchoune, or “The Little Thing," located in the small Provençal village of Plascassier, France is listed for sale for $860,000 by Sotheby’s International Realty and features a replica of the kitchen she used to film her television shows. 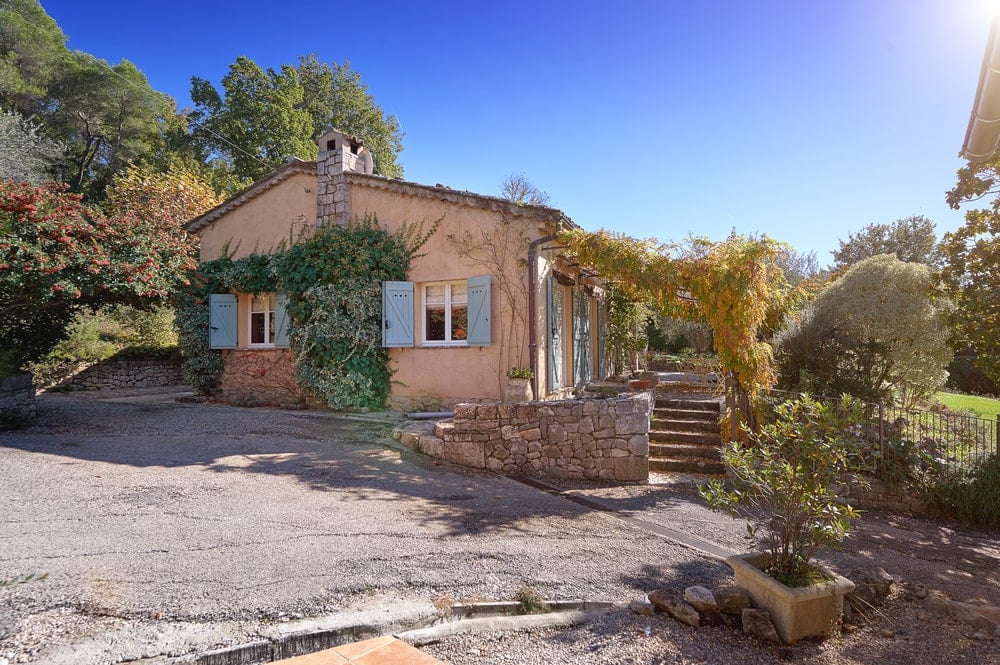 While many people have heard of Emeril Lagasse, Rachel Ray, and other famous television chefs, how many remember the front runner Julia Child? Before Martha Stewart, Paula Dean, and the Pioneer Woman, people all over the world were tuning in to watch the many cooking-style TV shows that featured Julia Child, including The French Chef, Julia Child and Company, Julia Child and More Company, and Dinner at Julia’s.

It was the 1960s and 1970s so many of the shows aired as-is with no editing, complete with blunders. Housewives across the world loved this about Julia and related to her on many levels. She also penned several books throughout her career that many people bought up to attempt to emulate the world-renowned chef’s culinary abilities. She had introduced Americans to the deliciousness and enjoyment of French cooking and made her fortune.

She was first introduced to French food by her husband, Paul Child, in the 1940s when they visited Rouen, France. Julia was immediately hooked on French cooking and would later describe that experience as, “an opening up of the soul and spirit for me.” Paul worked for the United States Information Agency at that time and was stationed in Paris so Julia immediately enrolled in the Le Cordon Bleu cooking school where she learned the art of French cooking.

Julia joined forces with Simone “Simca” Beck and Louisette Bertholle whom she met in a woman’s cooking club in France before moving to several other countries for her husband’s job, to open a cooking school of their own and co-authored the book, “Mastering the Art of French Cooking in 1961.

The three women later wrote sequels to that first cookbook and Julia would eventually introduce French cooking to America. When Julia and Paul finally landed in Cambridge, Massachusetts, Paul designed a kitchen, complete with taller counters to fit the 6’2″ woman better, to not only cook but to film her TV show in. She filmed, wrote books and magazine articles, and enjoyed her newfound career but Julia and her husband missed living in France.

The couple leased land from her friend and business partner, Simone “Simca” Beck, and constructed a 1,614 square foot French villa in the South of France. Paul and Julia created the home to be as maintenance-free as possible with an open floor plan and four bedrooms and four bathrooms. The cottage sits on a half-acre of land, nestled on a hillside just outside the small Provençal village of Plascassier, France. They named their little house appropriately, La Pitchoune, or “The Little Thing.”

As Julia neared the end of her life in 2004, she turned the keys of her beloved cottage, that features a smaller version of her Cambridge kitchen, over to the Beck family, and for the first time ever, the home is listed for sale for $860,000 by Sotheby’s International Realty.