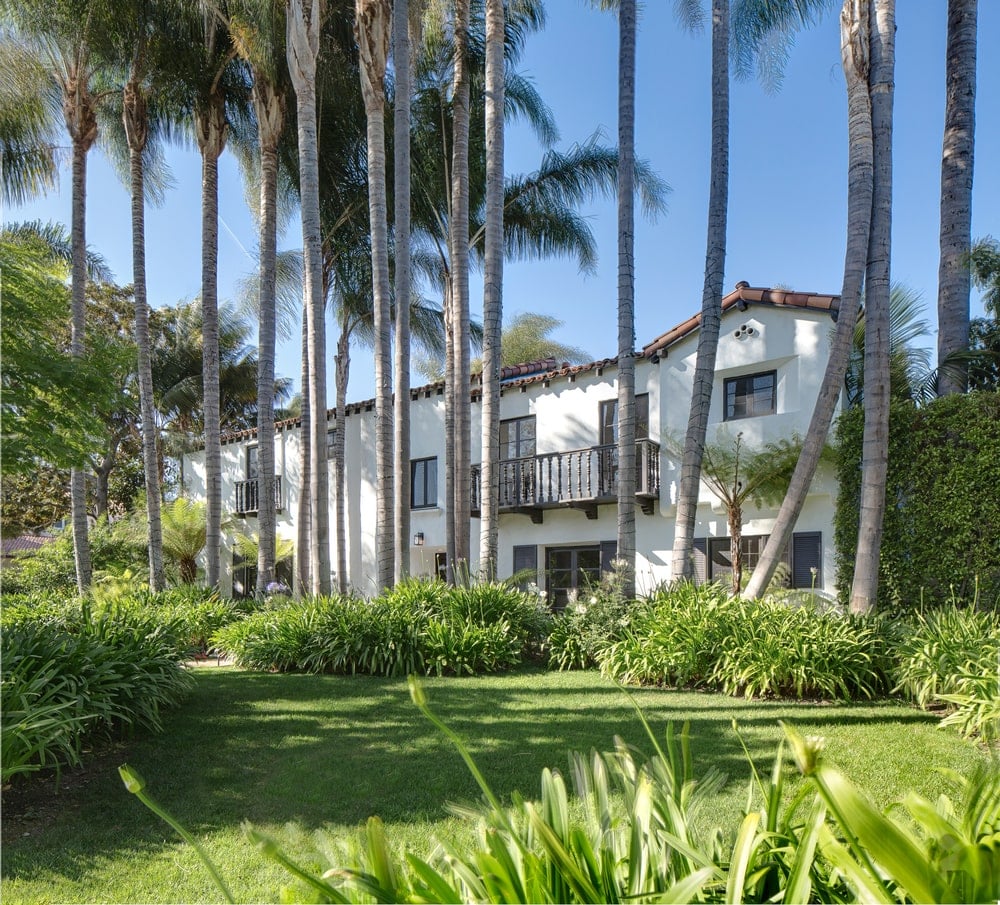 Lucille Ball is the multi-award-winning star of the “I Love Lucy” TV show. Her house in Beverly Hills where she once lived with former husband Desi Arnaz is now on the market priced at $6.985 million.

The Spanish-style Beverly Hills home of one of television’s early pioneers and biggest stars, Lucille Ball is listed by Aileen Comora and Paul Lester of the Agency in Beverly Hills.

Beloved the world over, Lucille Ball used to always say, “I’m not funny. What I am is brave.” What we know is that she was funny, but what we probably never thought much about between fits of laughter, is just how brave she really was. Lucy’s was a long hard road to stardom. Starting out in modeling in order to support herself, she took bit parts on stage, in film, and on radio, wherever she could. None of those parts, however, propelled her to stardom until years later after she met Cuban bandleader Desi Arnaz.

Lucy and Desi met in 1943 on the RKO set of a picture called Too Many Girls and married six months later. While Lucy pursued her career in Hollywood, Desi toured with his band, causing long separations that created discord in the marriage. Lucy formed the production company Desilu, in the hope of keeping Desi home where they could be involved in something together. In 1951, Lucy parlayed her radio show, My Favorite Husband, for the new entertainment vehicle, television, with I Love Lucy and Desi playing the role of her husband, Ricky Ricardo.

I Love Lucy was the most popular television program in the U.S. in the 1950s. Over 40 million viewers watched the show on January 19, 1953, introducing Lucy’s new baby, Little Ricky, to the show while 29 million watched new President Dwight Eisenhower’s inauguration on the same day. Today’s most popular TV shows reach about 20 million viewers.

Desi was a good businessman and cut a deal with CBS to buy the programs that had already been shown so that they would be able to show them to their children in later years. This was before the start of reruns. Later, Lucy and Desi sold the rights back to CBS for millions. Desilu went on to produce such well-known series as Our Miss Brooks, The Untouchables, Star Trek, Mission Impossible, and many others in addition to Here’s Lucy, The Lucy Show, The Lucy-Desi Comedy Hour and Life With Lucy.

Unfortunately, Desi began drinking and carousing as Lucy’s popularity rose and he faltered. It wasn’t until 1960 that she had finally had enough. She filed for divorce in 1960, putting an end to their 20-year marriage and bought out Desi’s half of Desilu.

A special part of Hollywood history, the Beverly Hills 1926 Spanish style home where Lucy and Desi lived is now for sale at $6.985 million. The main house, where friends of Lucy such as Bob Hope and Ginger Rogers were guests, is 4,126 square feet with red tile roof and juliet balconies, six bedrooms, seven baths, hardwood, carpet and tile floors, and white crown molding, all completely upgraded to modern standards with new kitchen and luxurious baths.

The main level opens to a formal entry with a step-down dining room and a spacious living room with white beams and fireplace. A new eat-in white kitchen with a gas stove has French doors that open to a trellised patio with a fireplace for outdoor entertaining. There are staff quarters in the main house with more guest housing in a private detached guest house. In addition to a pool and soaring lighted palm trees, there is also a large entertainment deck off the dining room and ivy-covered walls. Behind the gated entrance is plenty of guest parking along with five garage spaces. For more information.

Nominated for an Emmy Award thirteen times and winning four times, Lucille Ball was one of television’s early pioneers and biggest stars. The Beverly Hills estate where she and Desi once lived is now for sale, priced at $6.985 million. 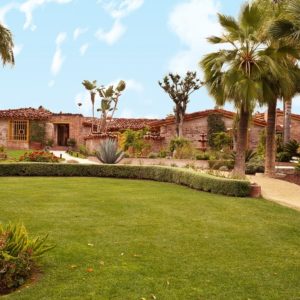 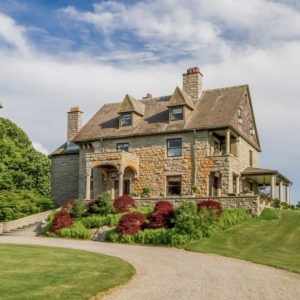