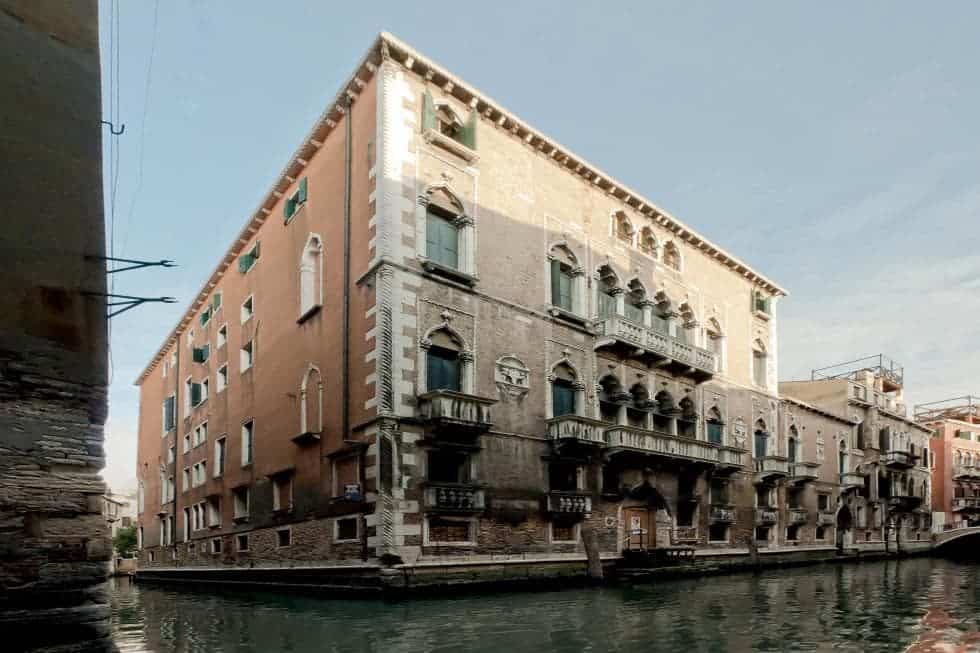 Apartment Piano Nobile is located in the Moorish and Byzantine-style Palazzo Molin with its original Gothic facade in Venice, Italy. This apartment is originally priced at $8.5 million and is now going to auction with a reserve set at $4.92 million.

The auction and sale of Apartment Piano Nobile in Venice, Italy is handled by Concierge Auctions and is to be held November 17th on-site. 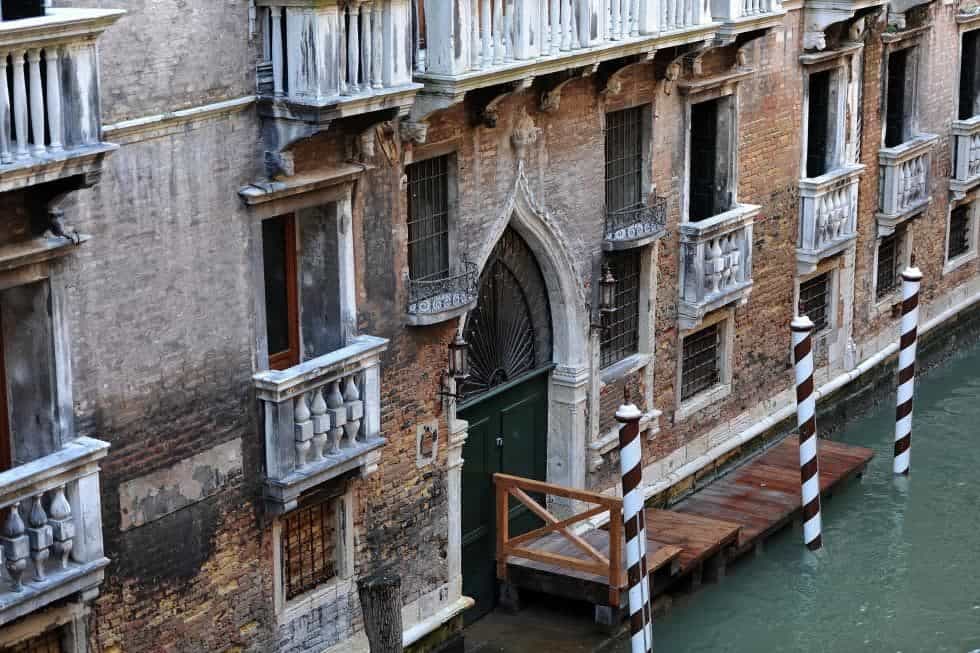 This is a closer look at the main entrance of the building with a large arched main door surrounded by red brick exterior walls and a wooden walkway from its private boat dock. Image courtesy of Toptenrealestatedeals.com. 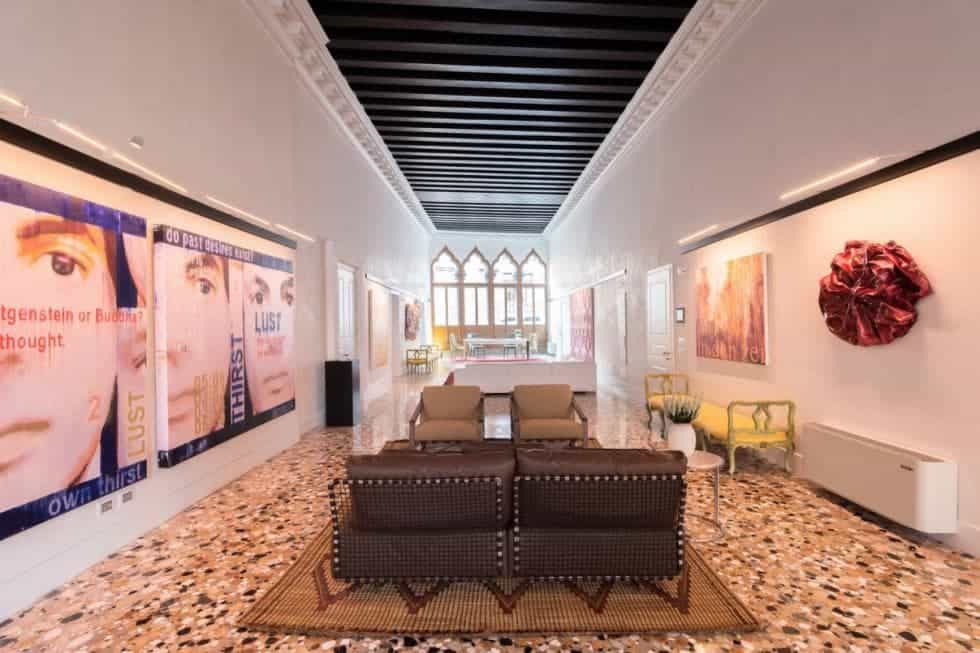 This is the long and spacious living room with lots of wall for artworks. These are topped with a ceiling with dark beams to match the brown leather sofa set. Image courtesy of Toptenrealestatedeals.com. 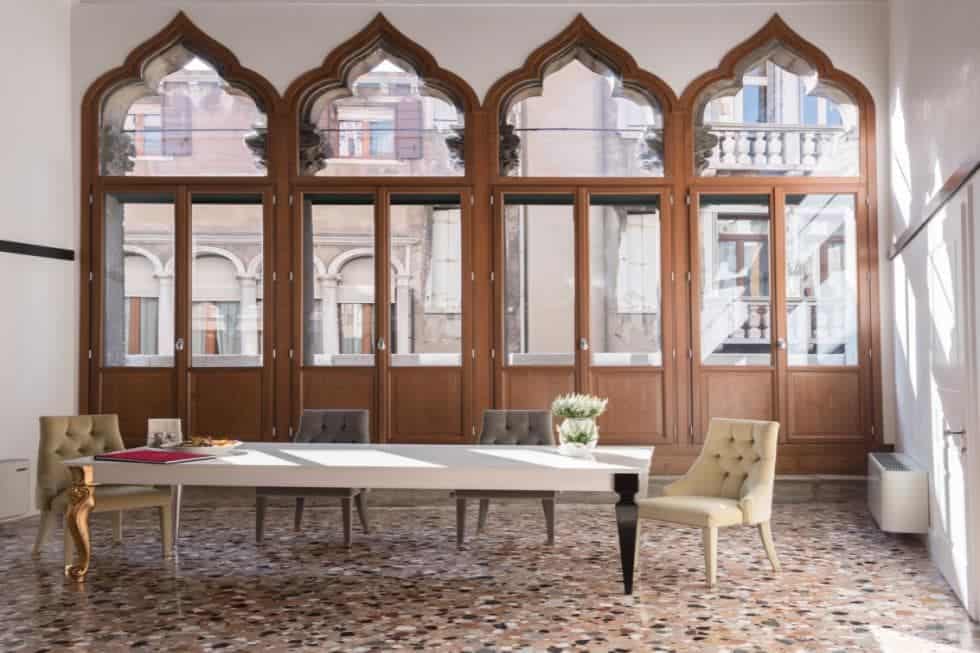 This is the spacious dining room that has a long dining table and tall ceiling. These are then complemented by the row of tall arched windows with wooden frames. Image courtesy of Toptenrealestatedeals.com. 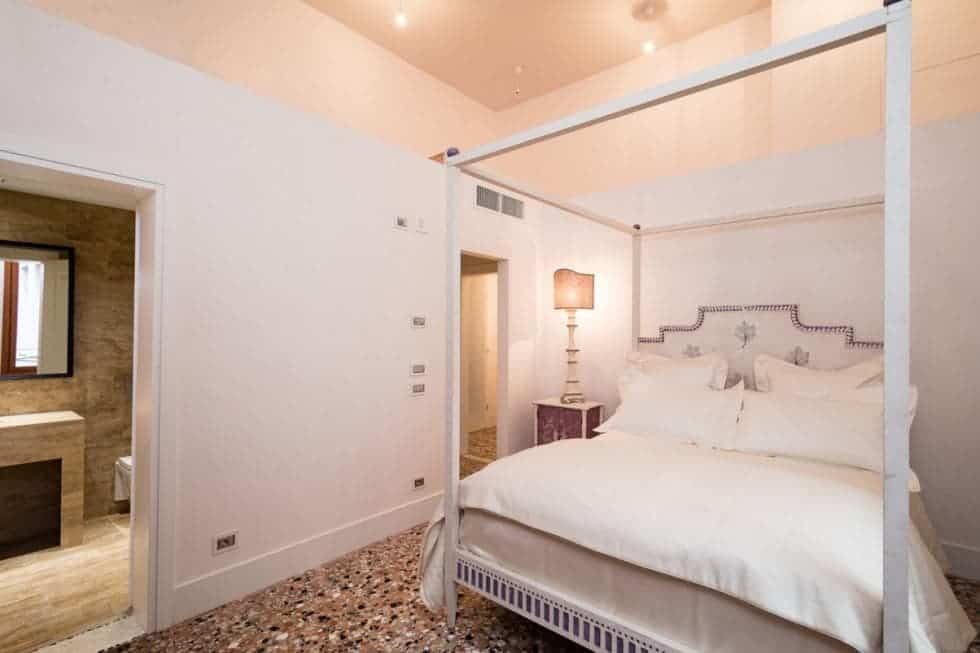 This is a close look at the bedroom that has a white wooden four-poster bed next to the entryway of the bathroom. Image courtesy of Toptenrealestatedeals.com. 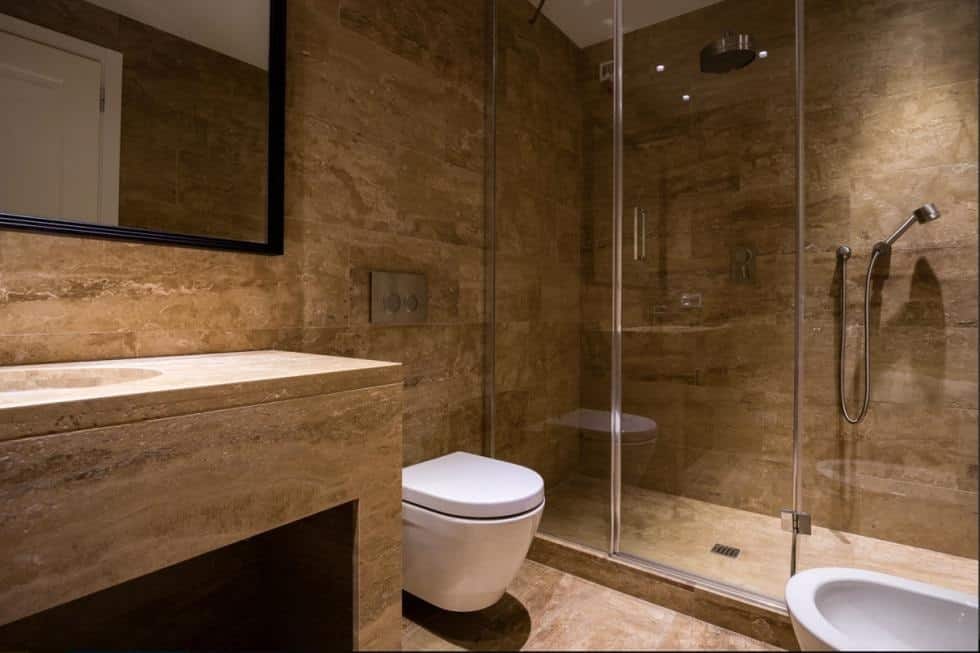 This is the bathroom with consistent brown marble on its floor, walls and the vanity. You can also see here the glass-enclosed shower area on the far side. Image courtesy of Toptenrealestatedeals.com.

Whether referred to as The Bride of the Sea or the City of Canals, to romantics and art/opera history lovers the world over, traveling to Venice, Italy is on almost everyone’s bucket list. Those who are familiar with the city have probably envisioned themselves living in one of the fabulous mansions along the canals where a trip to the store is so much more fun when one’s mode of transportation is via gondolier.

Not so far fetched an idea when one of the rarest offerings ever is going to auction on November 17th. Apartment Piano Nobile is located in the stunning Moorish and Byzantine-style Palazzo Molin that retains its original Gothic facade with canals flanking two sides. Making the most of contrasting the best of Italian modern design against the much sought after elegant decay of enduring history, the grand lobby was designed by Milan based designer Culti and the large courtyard was designed by Marco Battagia.

Consisting of two floors, the first level has 20-foot beamed ceilings, gallery wall space for large art pieces, and floor space enough for large sculptures with an open-concept kitchen and dining. The five bedrooms offer lovely views and the five baths are ultra-modern with the latest in fixtures, hardware, and materials.

Four balconies create private outdoor space with city, canal, and bridge views and there is direct access to the courtyard and separate small patio. Stroll to the nearby Piazza San Marco and Grand Canal or take a water taxi to the train station or Venice Marco Polo International Airport.