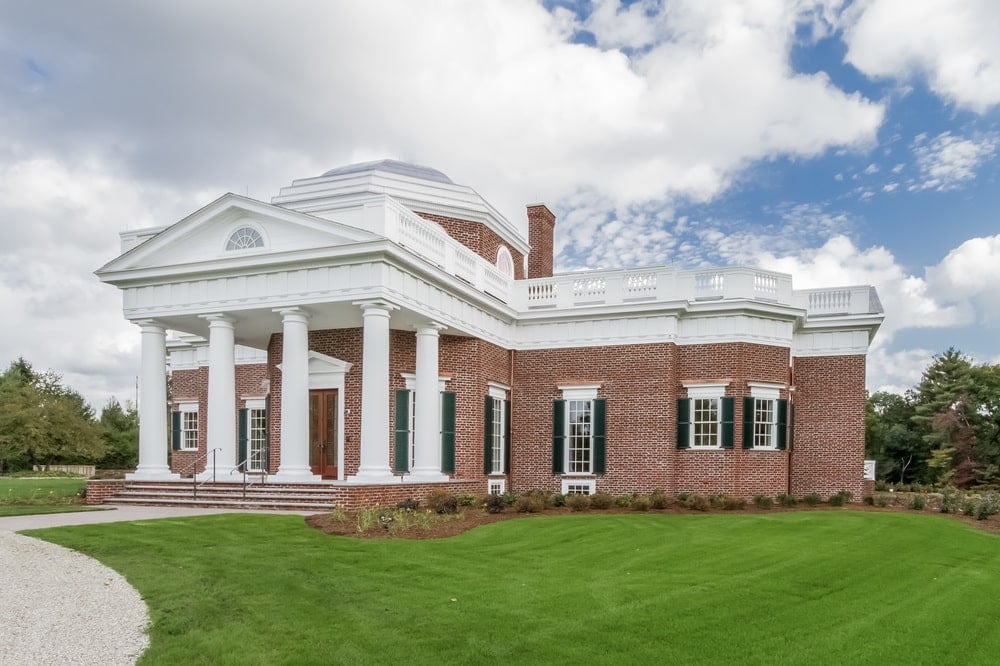 Prestley Blakes stunning Monticello replica is complete, and on the market for $6.5 million. The estate, located in Somers, Connecticut, boasts 10,000 square feet, an orchard, hand-laid brick walls, and a number of nods to Jefferson's well-known Virginia estate, but of course features 21st century amenities.

The gorgeous colonial mansion, conceived and built by Friendly’s Ice Cream co-founder Prestley Blake, is now on the market at $6.5 million. The mansion comes in at 10,000 square feet and is located in Somers, Connecticut.

The recently-completed estate is a replica of Thomas Jefferson’s Monticello, featuring 11 rooms, five bedrooms, and five bathrooms. The extensive property boasts over nine acres, which includes a private fruit orchard, and vegetable and flower gardens.

In their first store, they sold double-dipped cones for five cents each. Over the next few years, excluding a pause during World War II, the brothers opened another nine stores. They ran their company, Friendly’s, for nearly 30 years, eventually operating 500 stores throughout the Northeast and Mid-Atlantic.

In 1979, they happily retired after living a classic 20th-century American success story, leaving the business in the hands of others. It was in retirement that Prestley Blake set about achieving his most ambitious dream, which was to reproduce Thomas Jefferson’s Virginia estate. That dream is complete, and now the Monticello replica estate neighbors his own property.

The estate was completed the same year of his 100th birthday and is a near-perfect replica — near-perfect because while some elements were designed to look exactly like the original, others were understandably updated to accommodate 21st-century preferences and architectural standards.

This stunning Connecticut estate sits on nine acres of land. The mansion is home to five bedrooms, five bathrooms, expansive arched windows, hardwood flooring, several fireplaces, and an entryway ceiling mural. The exterior, as a replica of Jefferson’s Monticello, doesn’t disappoint. The exterior brick walls are hand-laid, surrounded by custom-molded soffits and gorgeous balustrades, with a large central dome above the main entry hall.

The main entry hall opens into a bright and welcome foyer, with dual staircases, a chandelier, and the aforementioned ceiling mural. The formal living room sits just around the corner, with tall ceilings, another chandelier, and a gray-mantle fireplace.

The dining room also boasts a large fireplace, as well as striking design contrast between pure white wainscoting and deep blue walls. The other rooms of the house feature beautiful designs as well, from french doors to cozy built-in office shelving.

The house also boasts an expansive rooftop balcony, with an additional spacious back patio and courtyard off the living room. The surrounding landscaping, which includes fruit orchards, is also home to sweeping lawns with scattered walkways, which contrast beautifully with the red brick of the home.

This gorgeous estate, a replica of Thomas Jefferson’s Monticello conceived and built by Friendly’s Ice Cream co-founder Prestley Blake, is on the market for $6.5 million.