Legendary songstress Cher lists her 3089-square-foot Country English-style home in Beverly Hills for sale. She bought the property in 2013. 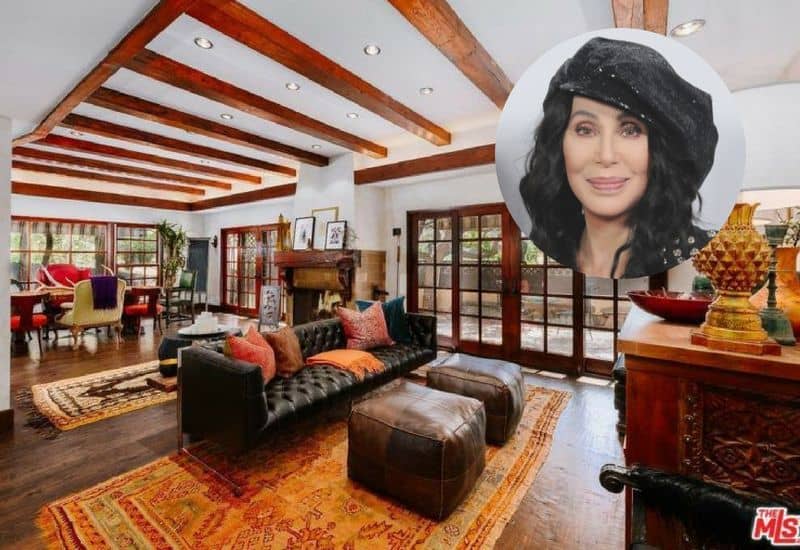 Born Cherilyn Sarkisian on May 20, 1946, in El Centro, California, singer and actress Cher rose to stardom as part of a singing act with husband Sonny Bono in hit single “I Got You Babe.”

Cher starred on The Sonny and Cher Comedy Hour along with then husband Salvatore “Sonny” Bono after Cher left her high school and moved to Hollywood. The couple started dominating the business upon signing with the Atco label and releasing the hit single “I Got You Babe.” They then continued their distinctive bohemian style and released popular singles such as “Baby Don’t Go,” “The Beat Goes On,” “Little Man” and “What Now My Love.”

Unfortunately, the couple had a divorce and Cher decided to go solo, claiming success in both music, TV and film industry. Her single “Gypsies, Tramps and Thieves,” “Half-Breed” and “Dark Lady.” all became chart-toppers while her films such as Silkwood, Mask, Moonstruck, and Mermaids, just to name a few are all one of the best in their respective categories. She acquired multiple awards such as Academy, Golden Globe, Cannes, Grammy, Emmy and given a star on the Hollywood Walk of Fame.

Table of Contents Show
About Cher’s Beverly Hills Home
What to Love About the House
Beverly Hills, California (Map)
Cher’s Net Worth

The legendary songstress Cher, who played the super-chic grandma in Mamma Mia: Here We Go Again! just listed her four-bed, three-bath home on the market. The home is located in Beverly Hills tucked behind iron gates and was originally built in 1957 boasting a 3089-square-foot Country English-style.

The property welcomes family and guests with its fascinating courtyard. The indoor features an open plan with high ceilings with beams. The living room features classic sofa and rug on a hardwood flooring lighted by recessed ceiling lights. The dining room offers colorful chairs and stylish table and flows into the kitchen, which features beautiful stonework and dining nook. Upstairs, the enormous primary suite is ready to offer its huge comfortable bed with a classic rug and a TV on top of the fireplace. The bedroom also has its own living space with a fireplace perfect for reading books. The home also has a modish bar that offers comfortable seats and colorful wall art design while the bathroom is complete with an open shower, soaking tub, double vessel sinks and flows into the closet that features a center island and multiple cabinetry.

The home also boasts a balcony, which is accessible from the bedrooms and offer space for patio and coffee area while overlooking the beautiful landscaping of the property. The home’s garden is full of healthy and beautiful greens, from the lawn, to the plants and trees. 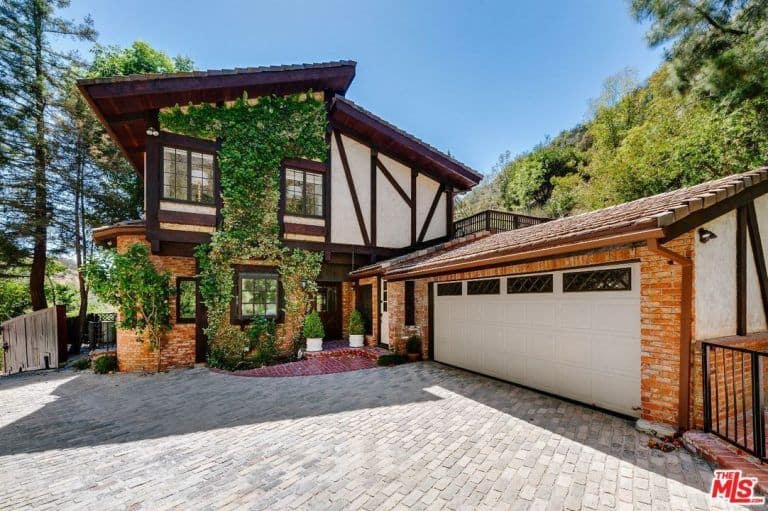 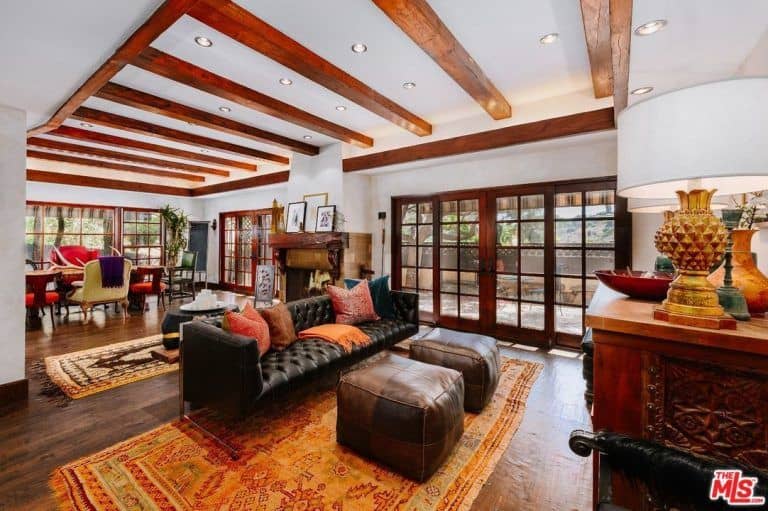 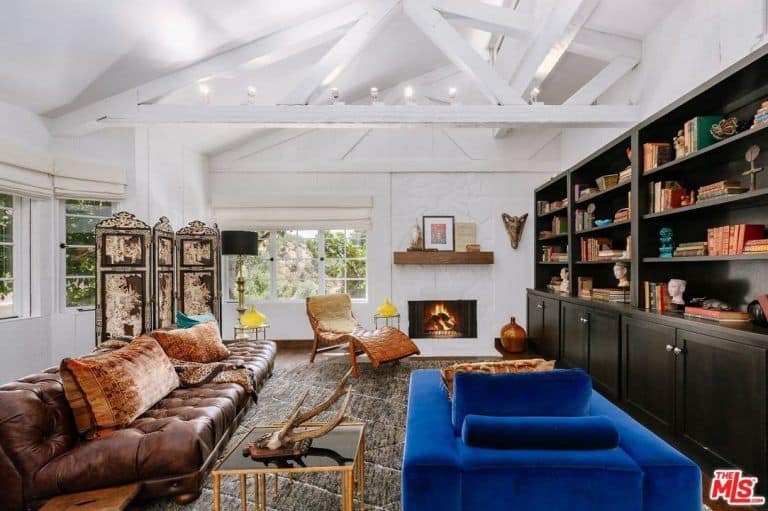 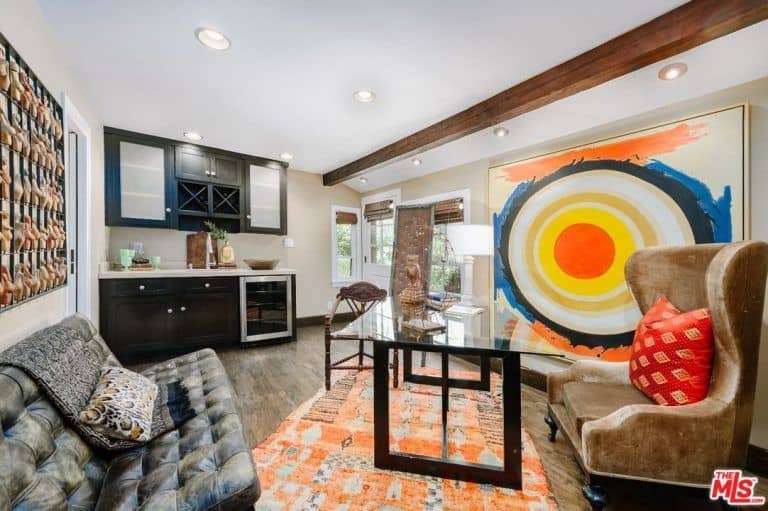 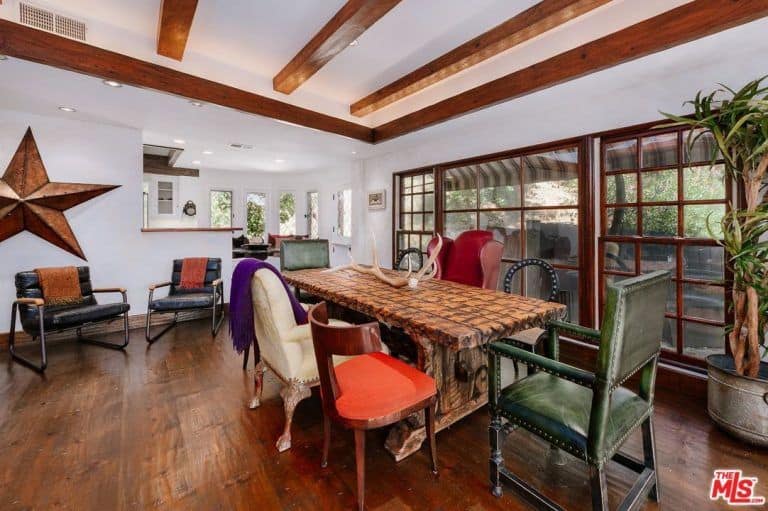 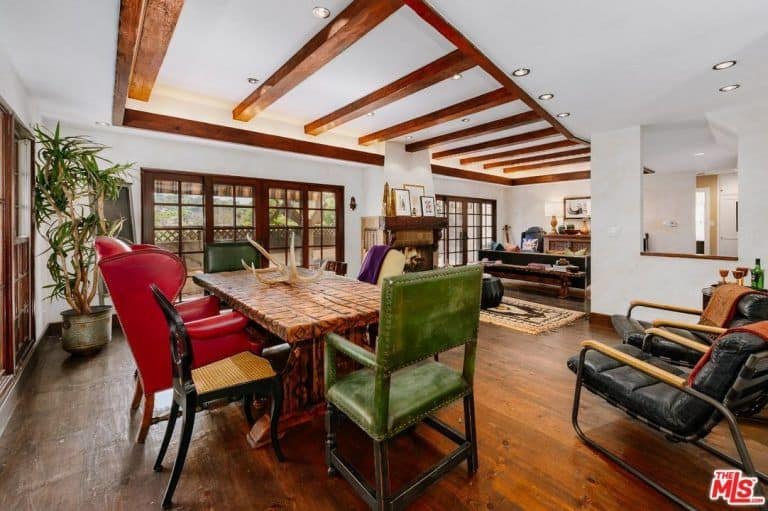 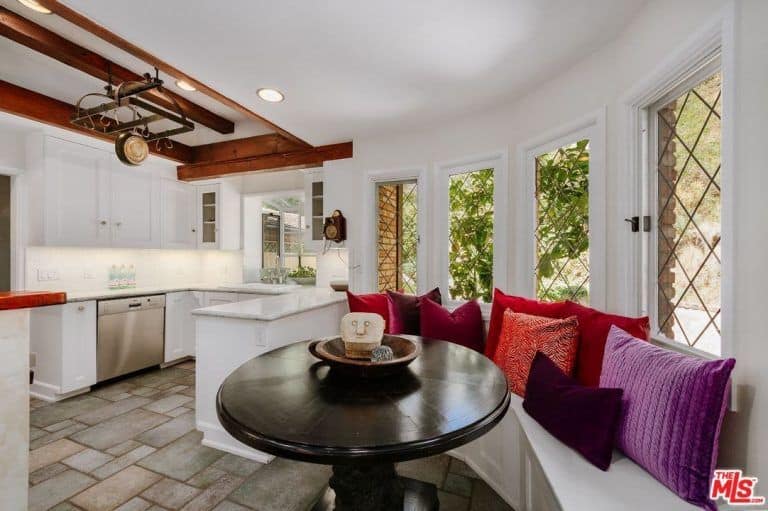 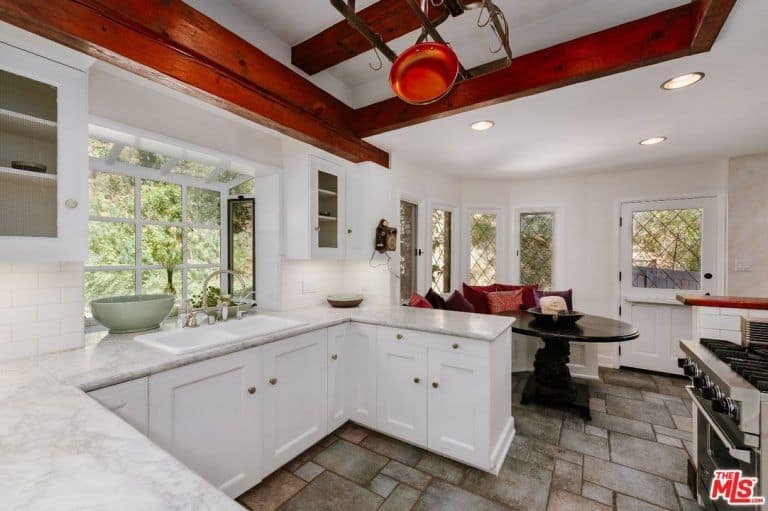 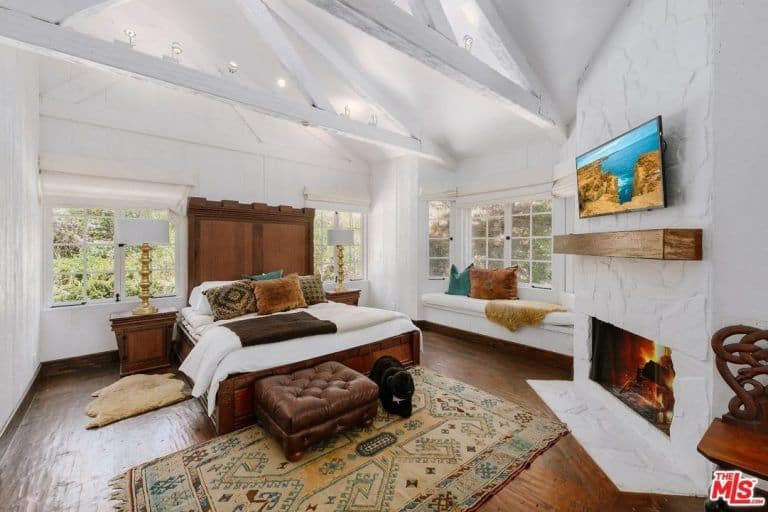 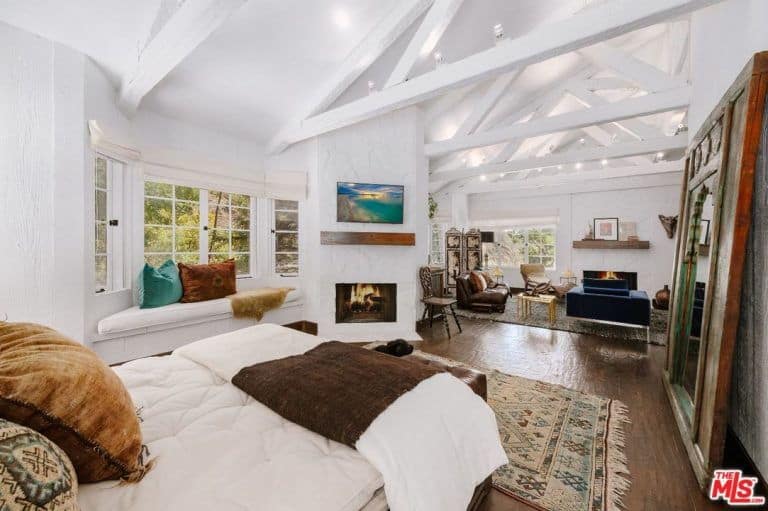 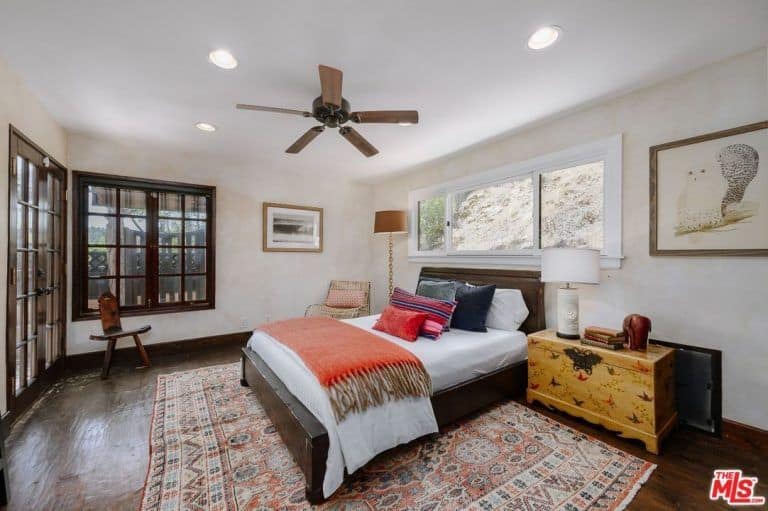 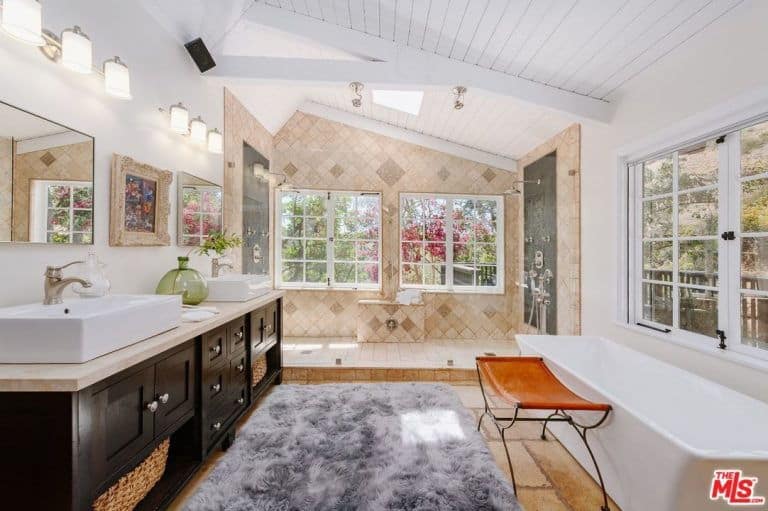 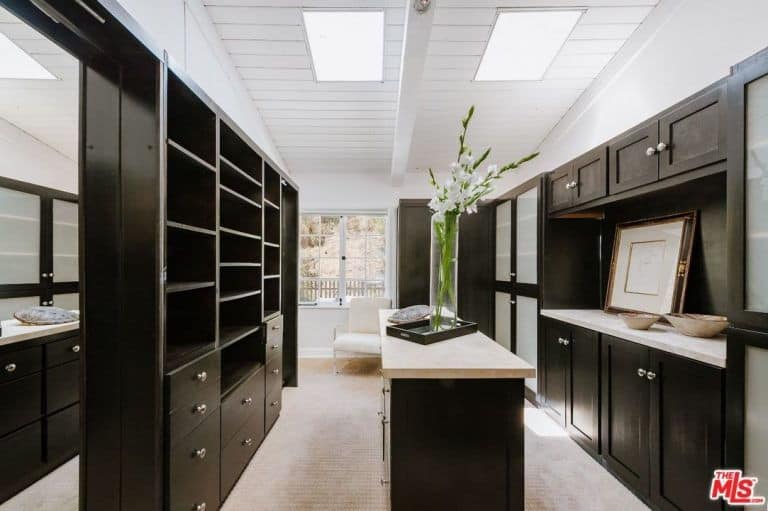 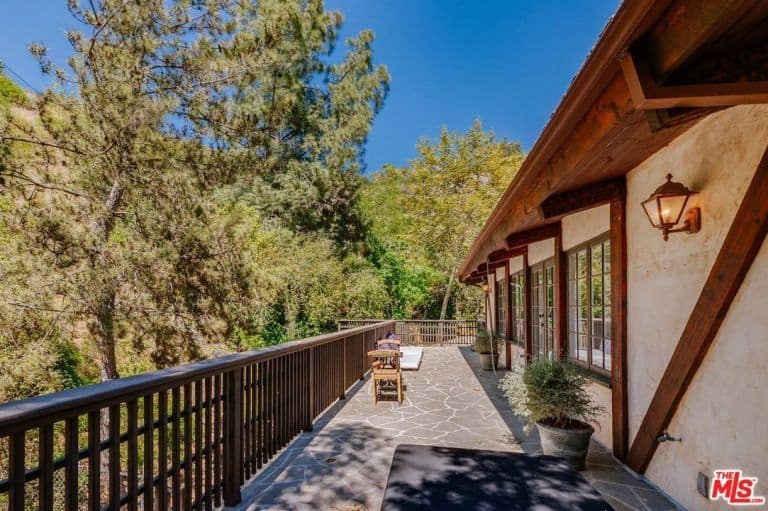 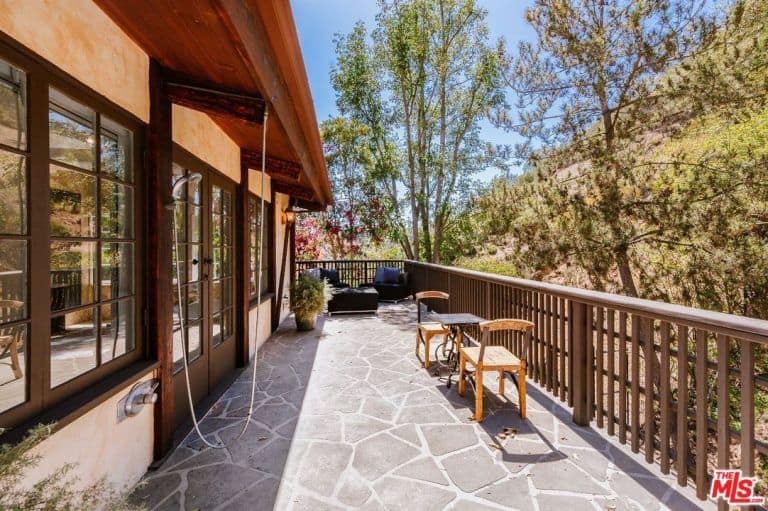 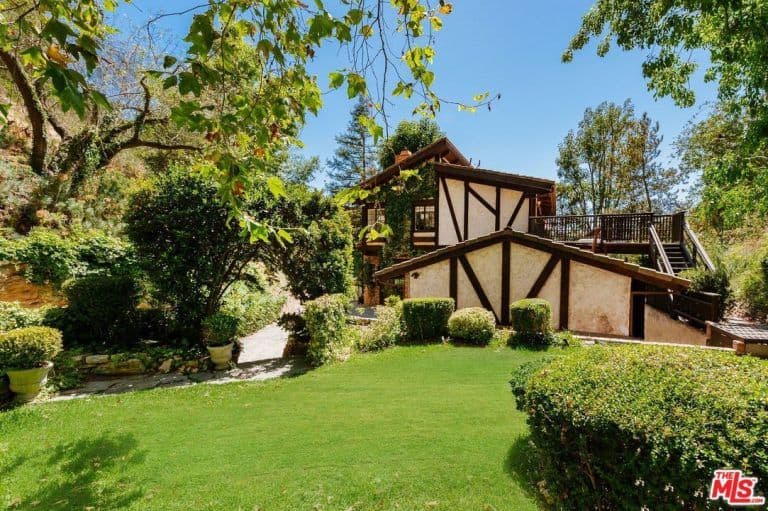 CelebrityNetWorth.com estimates her fortune at $360 million.