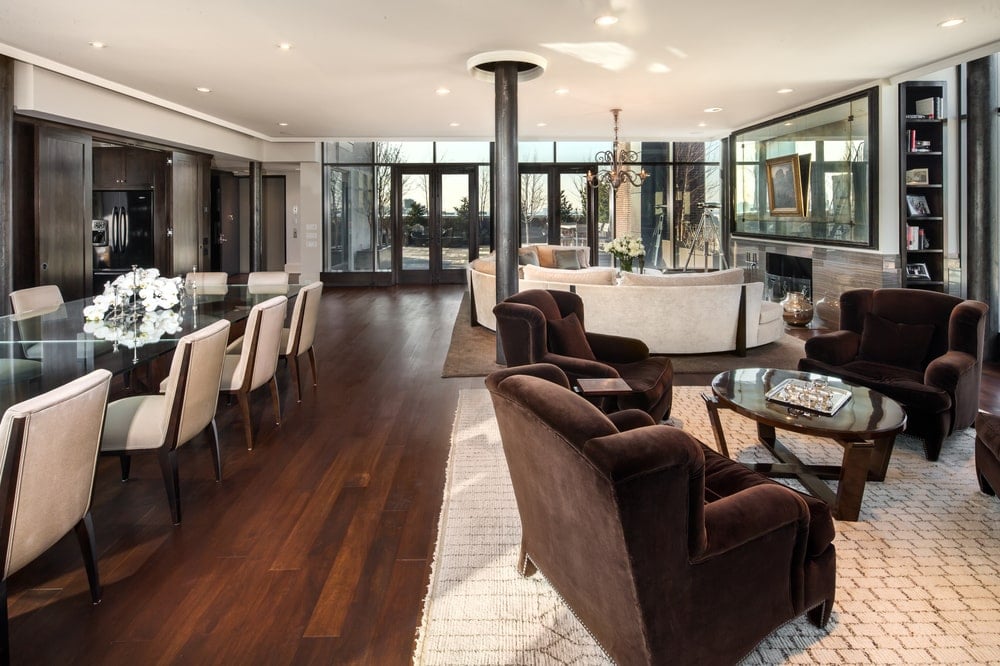 The property spent two years on the market at the asking price of $42 million before it was lowered to the sale price of $37.5 million. It was then sold to Austrian-American businessman Gerhard Andlinger. The sale included the penthouse and all of its furnishings.

Born John Francis Bongiovi Jr. in Perth Amboy, New Jersey on March 2, 1962, Jon Bon Jovi is the founder and frontman for the band that bears his name, Bon Jovi, that was formed in 1983. The famous rocker has released a total of 14 studio albums with his band, thus far, and has sold over 130 million albums throughout the world. He has also recorded and released two albums on his own and has acted in a few films and TV series, including episodes of Ally McBeal, The West Wing, Sex and the City, and Moonlight and Valentino.

The Grammy award-winning heartthrob founded the Jon Bon Jovi Soul Foundation in 2006 and does a lot of work to help the needy and underprivileged. The foundation was created in 2006 to support community efforts to break the cycle of homelessness and poverty. He in conjunction with this project, Jon Bon Jovi opened the JBJ Soul Kitchen in October of 2011 that is designed to a community restaurant that offers meals at any price the patrons can afford. If they cannot pay for their meal, they can volunteer instead with the foundation to help others.

During a secret trip to Las Vegas, Nevada, while on tour in nearby California, Jon Bon Jovi married Dorothea Hurley, his high school sweetheart, on April 29th, 1989 at the Graceland Wedding Chapel. The couple has three sons and a daughter. While the couple owns several homes, their amazing Soho, New York, penthouse recently sold for $37.5 million, a few million less than the original listing price of $42 million.

At 7,452 square feet with glass walls, the amazing penthouse features terraces, a wood-burning fireplace, marble bathtubs, a beautiful great room, a dining area, and an amazing gourmet kitchen. It boasts five bedrooms on the first floor, which includes a master bedroom suite with beautiful arched windows that are hard to find. The second floor of the penthouse offers formal living and dining rooms with access to grand terraces flanked with lush landscaping and breath-taking views of New York City.

A second kitchen, guest room with a full bath, a small powder room, another wood-burning fireplace, and a screening room round out the second level of this amazing property. The penthouse’s main terrace featured a huge wooden dining table that seats at least eight people surrounded by large potted flowers and trees to allow for an outdoor dining experience that cannot be matched in the confines of a large city like New York. 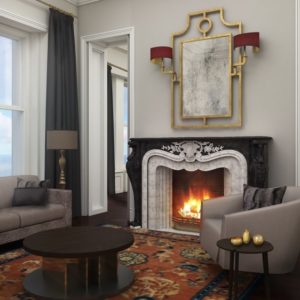