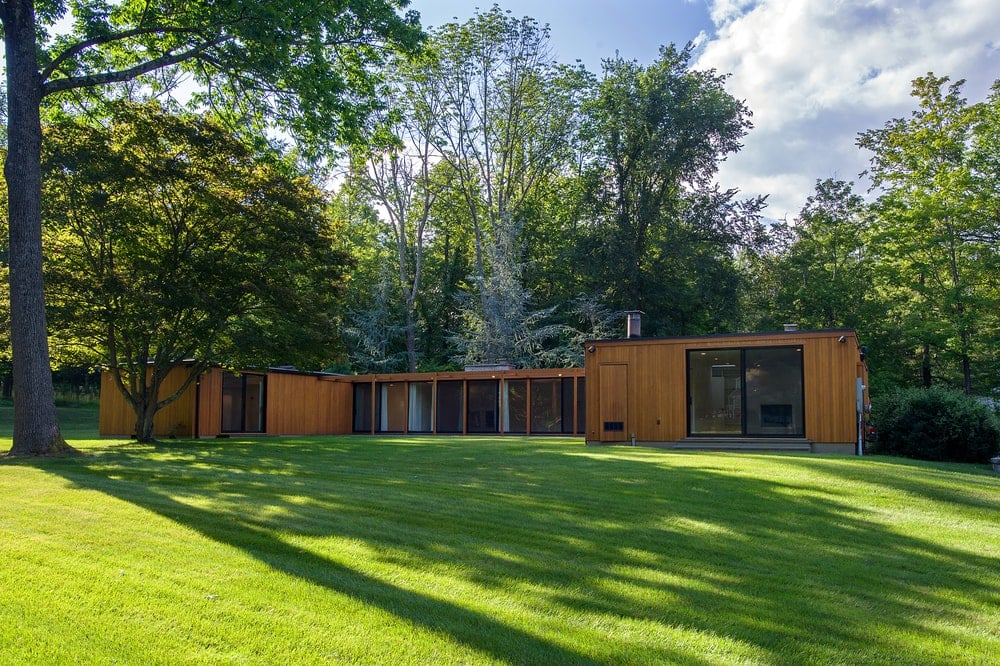 Most famed as the man who designed the Glass House, Philip Cortelyou Johnson is an architect who is known around the world as one of the innovators of today’s Modern design. One of his famous homes is a house commissioned by the Wiley Development Co. in 1954. Known as the Wiley Speculative house, this 2,225-square-foot, three-bedroom, three-bathroom home is located in New Canaan, Connecticut, and it is on the market for $1.575MM.

Johnson was a member of The Harvard Five, a small group of elite architects working to innovate solutions for architectural questions, such as those posed after World War II came to an end.

Returning from the war, people were looking for something different. The war had been won and the soldiers and their families did not want to look at the outside world from behind the drab curtain shears of the past, as they purchased new homes. 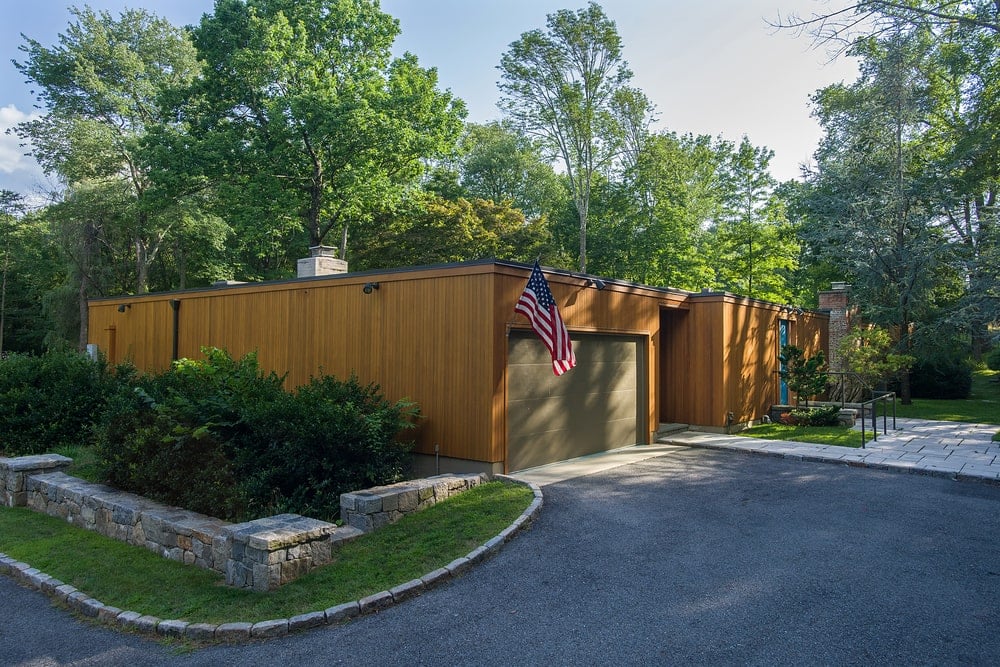 This is a look at the front of the house showing the garage door with a wide driveway adorned by shrubs. Image courtesy of Toptenrealestatedeals.com. 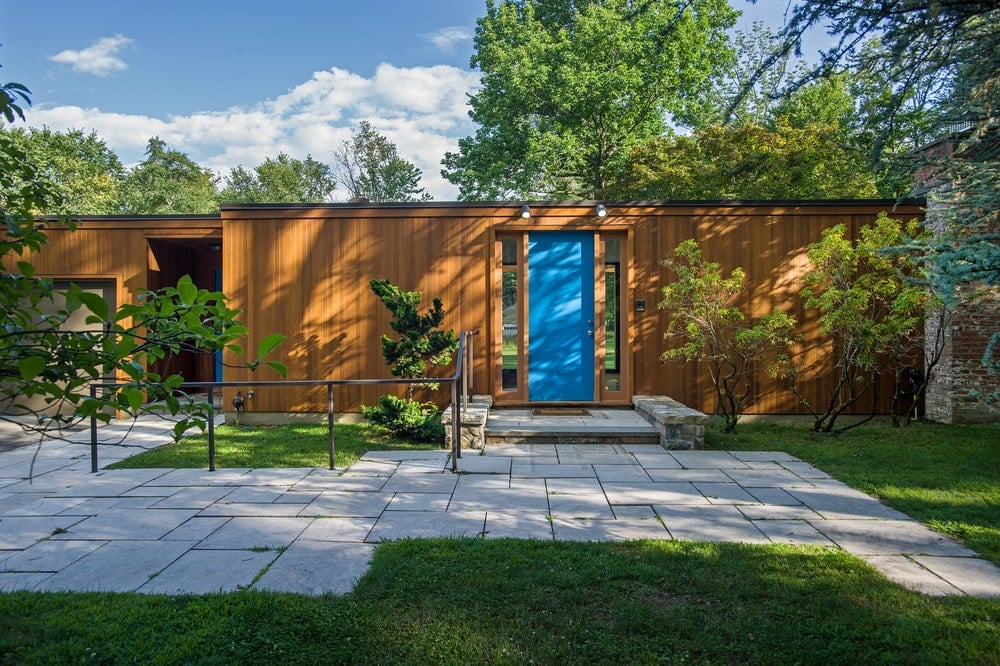 This is a closer look at the front of the house showcasing the main entrance with a blue door that stands out against the wooden exteriors. Image courtesy of Toptenrealestatedeals.com. 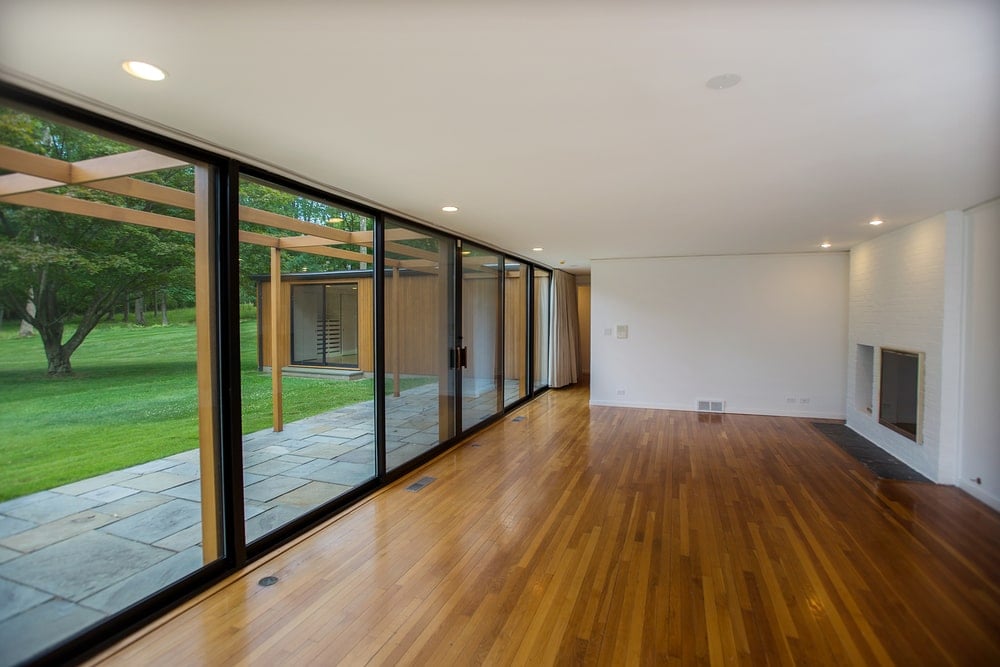 This is the great room with large glass walls that slide to open to the outdoor area. This spacious area can accommodate a living room area and a dining area easily. Image courtesy of Toptenrealestatedeals.com. 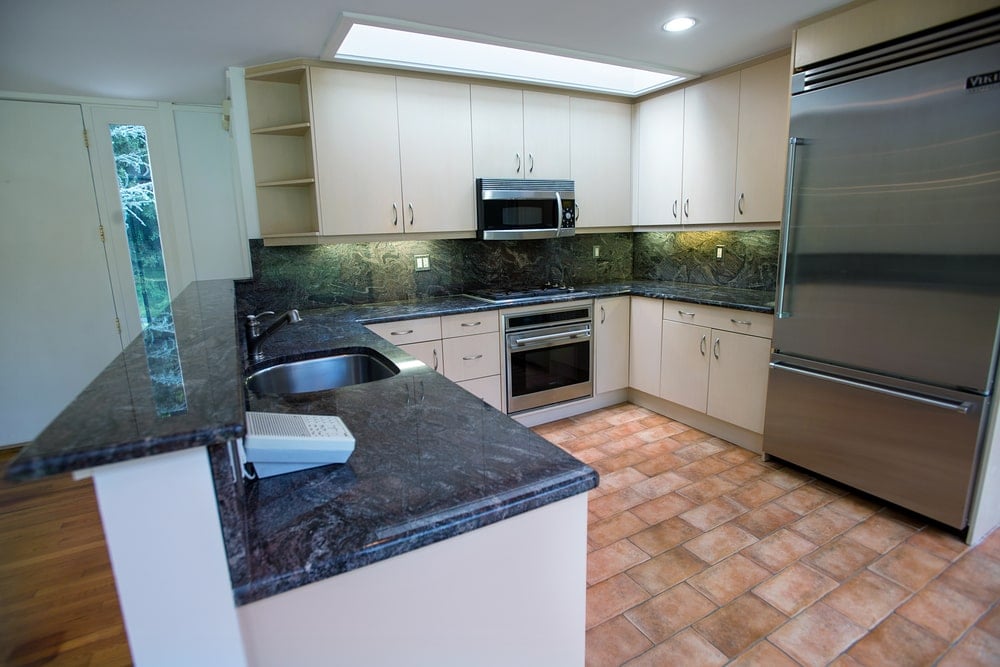 This is the small U-shaped kitchen with beige cabinetry contrasted by the black marble countertop and backsplash that makes the stainless steel appliances stand out. Image courtesy of Toptenrealestatedeals.com. 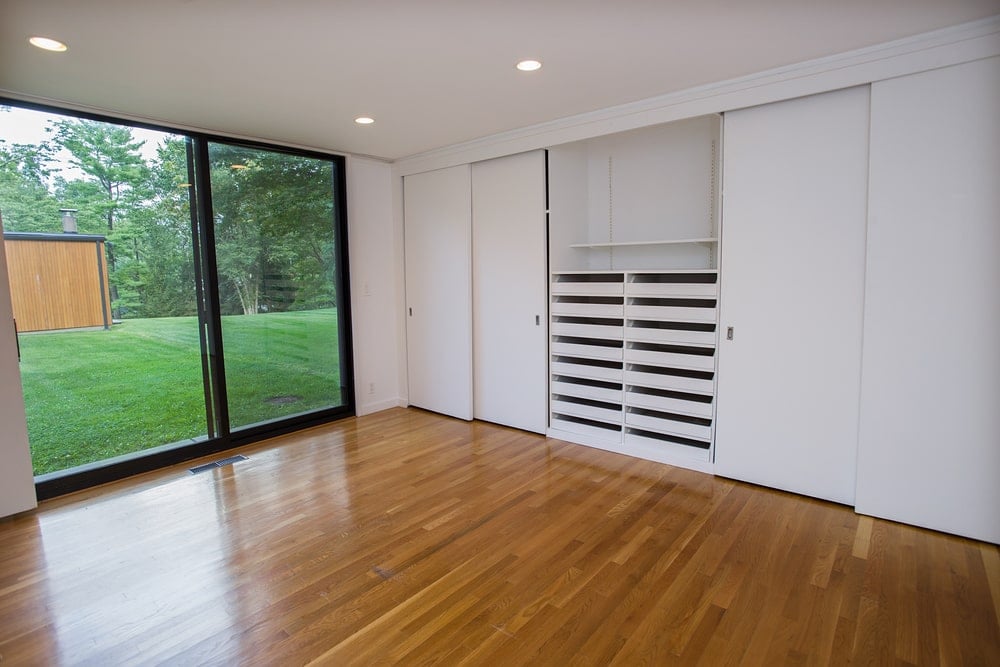 This is the bedroom with hardwood flooring and a large glass door leading to the outdoor area. One wall is dominated by a built-in cabinet with shelves and racks for shoes. Image courtesy of Toptenrealestatedeals.com. 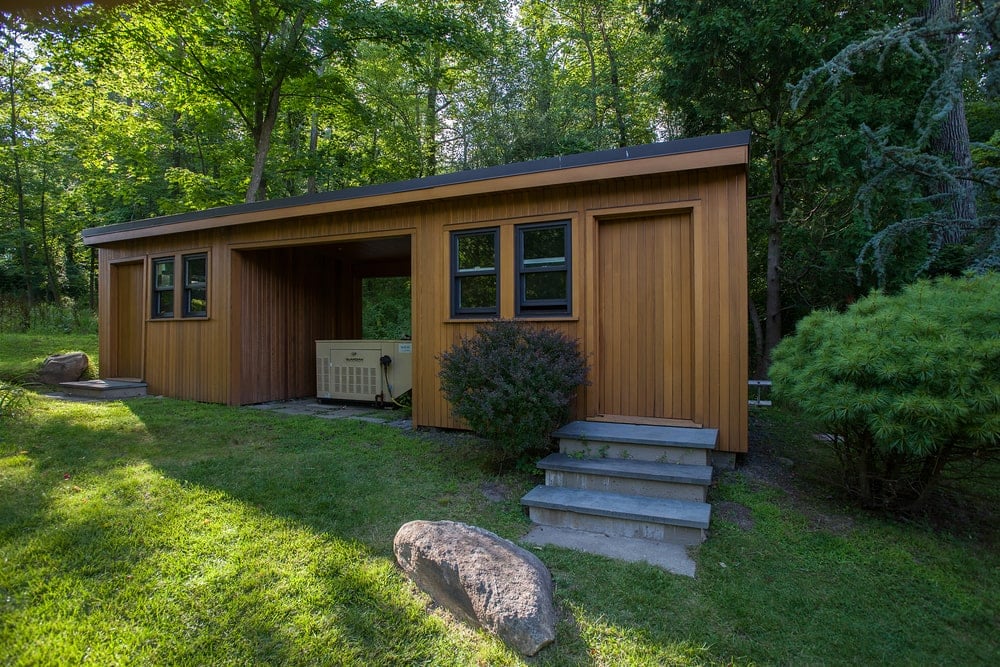 This is a look at the detached guest house with two small rooms that have separate entrances. In the middle of these two is a large power generator. Image courtesy of Toptenrealestatedeals.com. 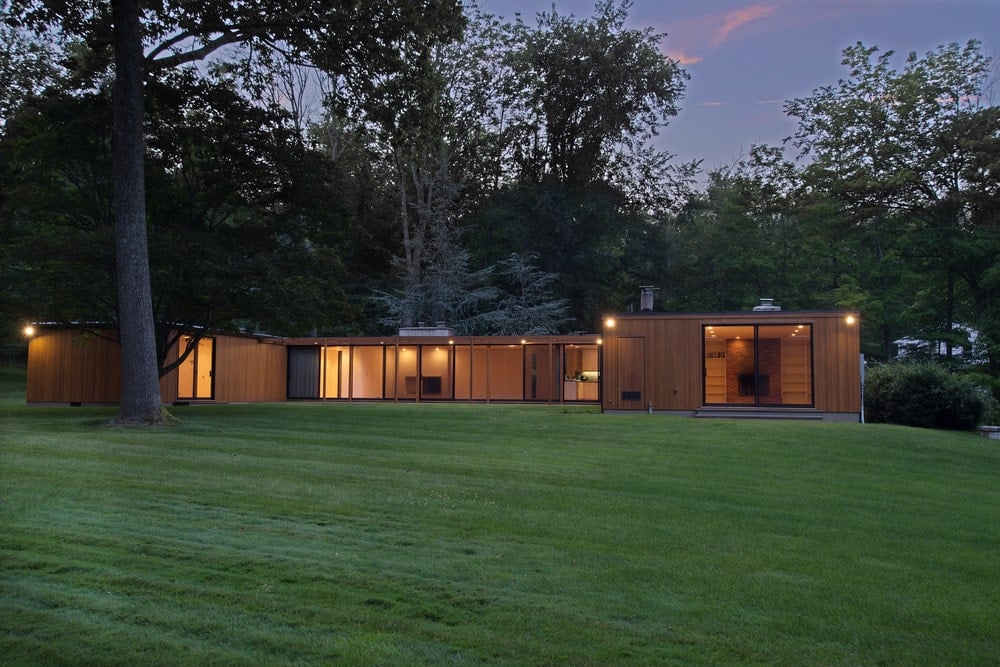 This is a nighttime look at the back of the house showcasing the glass walls that glow warmly from the interior lights. Image courtesy of Toptenrealestatedeals.com.

The owner of Wiley Development Co. was already living in a home that had been designed by Johnson. He was so happy there that he bought just over 2.5 acres of land and asked Johnson to design a home that was simple, affordable, functional, and attractive for the average family. Wiley hoped to produce them in multiples and spread them out in the area, but they ended up costing a touch too much for that time, so nothing came to fruition, though the house was a showpiece.

Now, more than sixty years down the road, the Wiley Speculative house is for sale in a market when the Modern style is the going thing.

This rare U-shaped home has open post-and-beam construction, a large great room, a bedroom with built-in shelves and shoe racks, hardwood floors, two fireplaces, glass walls, large windows looking into the woods, and upgrades in the bathrooms and in the kitchen, which has a marble backsplash and countertops. Outside, there is a wide driveway with shrubs on the side. There is a double guest house. The front of the house has wooden exteriors with bright blue doors. The view from the backyard is especially beautiful in the evening due to the warm glow through the glass walls.

Among Johnson’s awards are the 1978 American Institute of Architects Gold Medal and the 1979 Pritzker Architecture Prize.

Johnson was openly gay, a fact which he made known in 1993. He died in his sleep at age 98, while on a retreat at his Glass House. His partner was David Whitney.