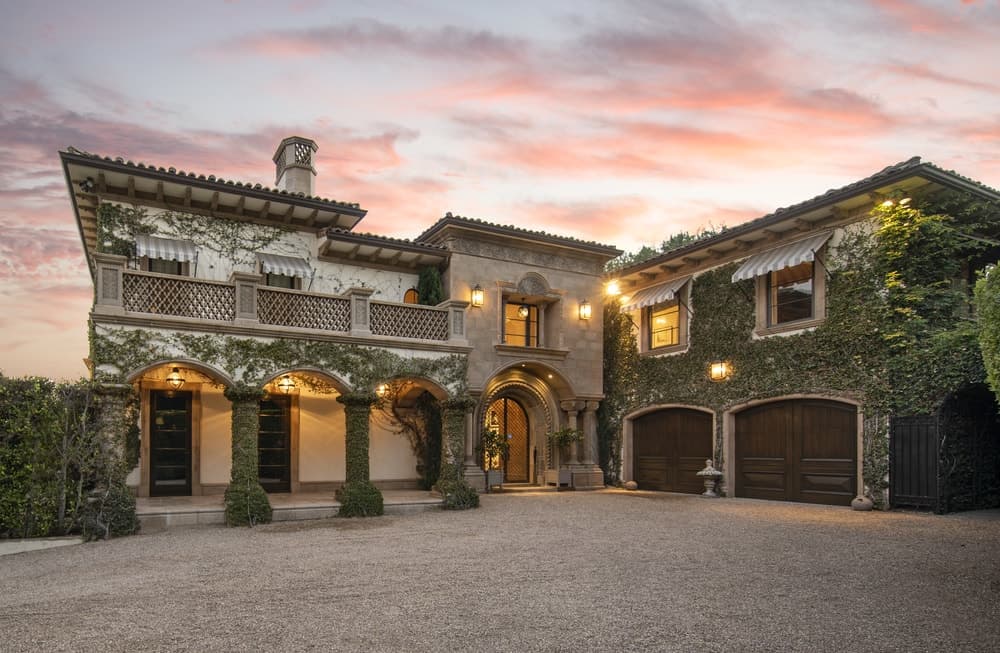 The homes of celebrities are generally lavish, stylish, and ornate. But few are as tasteful, opulent, and classically decorated as the home of the beloved American jazz singer, Peggy Lee. Here, old world charm, and classical Roman and contemporary style come together in one of the finest examples of interior design we have yet to see.

Born Norma Deloris Egstrom the famous jazz singer known as Peggy Lee won the hearts of the American listening and movie-going public between the years of 1920 and 2002. She was the lead female star of several films and provided voice talent for the Disney classic, Lady and the Tramp. She is famous for the contrast between her wholesome good looks and the sultry style of singing typified in the jazz standard “Fever.”

Mrs. Lee has been gone from this world for over a decade now, but her heavily stylized Beverly Hills mansion has gotten a new lease on life. The home of the famous jazz singer has been refurbished recently in a manner that the singer’s family and friends agree would suit her sense of style. It was first constructed in 1969, is built on a 6,062 square foot floor plan and has been placed on the market for $9.9 million.

Stepping into the entryway, anyone with a penchant for architecture and interior décor will contract “fever” on seeing the curling stairway, wrought iron banister, and marble-topped steps. The stairs and entryway are rendered in porcelain white, white marble, and brown-gray “granite” marble. Around the arch over the main doorway, the marble is ornate and flawless. A massive chandelier hangs, centrally placed.

The living room is particularly striking with the effects of one of the finest Roman bathhouses with the ornate coffered ceiling and striking granite pillars standing along a doorway that runs the length of the room, some twenty yards, at least. The floor is covered in beige and white marble, and a gorgeous gray marble fireplace stands at the far wall. We’ve looked at a lot of celebrity living spaces, and it bears noting that this is easily one of the most impressive spaces we have ever laid eyes on.

The dining room, by contrast, is darker, with more gray-brown marble, a relatively small dining table, and shining hardwood flooring. The walls are painted in a dust-gray that is very dark and crisp blue curtains are hung over the windows offering some relief from the somber tone of the room.

The chairs set at the table are unusual in that they are soft, white, and covered in fabric upholstery from top to bottom. The rug that runs under the dining table is also fabric, white, and soft. One would expect that manners and especially careful food handling are the norms here.

The nearby kitchen is no less ornate than the rest of the house but decidedly less formal. Red stone tile covers the floor and leather-topped stools stand at a central serving island. The ceiling and the one wall are adorned in stone and brick giving the impression of an old-world Italian oven. A second, and seemingly less delicate, dining table stands a few feet from the serving island.

The primary bedroom is decked in marble, shag, gold, and silver with another coffered ceiling. If you’ve ever heard Peggy Lee’s seductive singing style, a look at this room and a little imagination are bound to give you fever.