The Duke and Duchess of Sussex, while in the UK, live in Frogmore Cottage, which is owned by the Queen. According to Forbes, The Duke and Duchess need at the minimum 3 million dollars annually to maintain their present lifestyle, not including renovations, which encompasses refurbishing and adding windows and doors, refinishing the walls, and establishing a garden, with extensive exterior lighting.

Frogmore costs a lot of pounds but chump change for a legitimate Hollywood star. Meghan Markel doesn’t have to be an actress, but a high paid presenter on any cable channel in the United States. While the Queen may object to the Duchess of Sussex resume her acting career, she would not object to Markel being the protégé of a commoner, Judge Judy, who makes 47 million dollars a year.

If she maintains her contacts in the entertainment industry, financial opportunities will be maintained, while she is already wealthy from her acting career. Harry has a significant inheritance from his mother, the late Princess Dianna, and millions of pounds from his father, Prince, soon to be king, Charles. However, the money from Prince Charles will end, do to the Duke and Duchess will no longer be Royals, leaving the position of senior royals and moving away from the UK.

The Sussexes, as of April 1st, will be leaving their home in the UK to purchase a home in Canada. While there are other homes in the United States, Blackberry Castle, a beautiful faux Castle in Portland, Oregon, may serve their needs, opening other opportunities. It is reported that a billionaire is letting Harry and Meghan temporally borrow a mansion that resembles a castle since 2019. This home is located in Vancouver Island, British Columbia, Canada, on the Saanich Inlet of North Saanich.

Prince Harry and Meghan Markel may prefer living in Blackberry Castle, especially if their ties with the UK and the Royals further deteriorate. Do you think the first thing that comes to mind purchasing a home for a British citizen is a castle? It should not be forgotten that the Duke and Duchess are in this crisis because they are leaving a country with a castle on every corner, like a gas station in America. Also, a lot of bad things have happened in castles, which are too ghastly to catalog.

On the brighter side, Blackberry Castle is located at 14125 Northwest Germantown Road in Portland, Oregon in the woods overlooking Portland. The liberal-minded Meghan Markel would like the fact that Portland is exceptionally liberal and environmentally-friendly. Not knowing Harry’s proclivities, Portland has the most strips clubs per capita in the country.

Blackberry Castle, is a 5 bed 6 bath private residence, completed its construction in 2015 with a square footage of 13,000. The house is a French-style house, includes a ceiling fresco,  indoor theater, and a ceiling clock dial installed above a two-story library—the house originally on the market for ,175,000 with a price drop to  ,995,000 in March 2018.

Blackberry Castle sits on 6 acres complete with a vineyard and an underground wine cellar. The exterior has an attached two-story turret, reminding one of the Tower of London. The atrium is described as a European village-style which is considered entertainment space with its accompanying atrium bar and home theater. There is a gym with a climbing wall, spa, sauna set in with the primary suite looking at the outside tennis court. The gourmet kitchen completes the entertainment styling with deluxe appliances and a vast central island set up in the great open room.

The estate is gated opening up to a pinot & chardonnay vineyard complete with its tasting room and a wine cellar snuggled into the hillside. The great room entry has a painted ceiling with the ghostly imagery of Michelangelo painting the ceiling of the Sistine chapel. 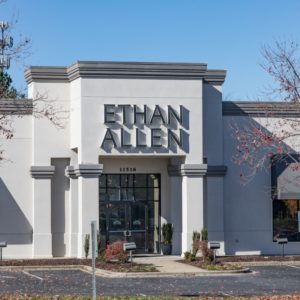