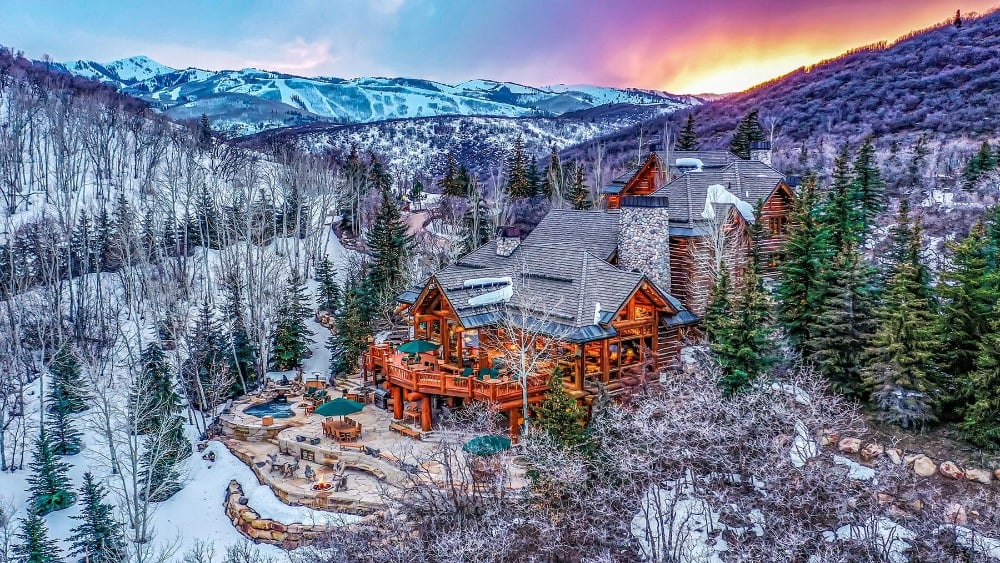 Park City, Utah is well-known for being a ritzy skiing town. If you want to live the life of luxury while hitting the slopes, this mountain villa is sure to please. Commissioned by Utah senator Mitt Romney in 1999, this 12,000-foot property has everything you could want or need.

If you were paying attention to U.S. politics during the 2012 presidential election, you should be familiar with Utah senator Mitt Romney. Romney launched an ultimately unsuccessful bid for the White House, but his run put him on the national stage. Back in 1999, Mitt commissioned a mountain home built for himself and his family. Today, that house is up for sale for a cool $15.5 million.

If you’ve ever imagined living at a ski resort, this house can help you achieve that dream. With over 12,000 square feet and a terraced structure, the home is both imposing and inviting. The front has been modeled to look like stone plateaus, offering incredible views of the rest of the mountain and the actual ski resort (Deer Valley) close by. Over the last 10 years, the current residents have spent a lot of time and money turning the property into something truly remarkable.

What we like most about the home is its communal atmosphere. Although the rooms are vast and spacious – thanks partly to the vaulted ceilings and floor-to-ceiling windows – it’s also cozy and intimate. We can imagine spending cold winter nights snuggled up with a loved one by the massive stone fireplace in the center of the property. Also, with a 20-person hot tub, you can gather the friends and family and enjoy the crisp, cold weather.

Wintering in this property seems to be its primary purpose, but we can imagine the summers are also a treat. Since you’re on the mountain, you get plenty of natural views and experiences, including local wildlife drinking at a garden pond on the property. If you love hiking, this place serves as an excellent base of operations.

Although the Romney’s haven’t lived here since 2009, its origins are intrinsically linked to the Utah senator and former presidential candidate. Romney commissioned the original structure back in 1999. Around that time, Mitt’s wife Ann Romney had developed multiple sclerosis, and living in Park City was helpful for her recovery and treatment. Fate seemed to be smiling on the Romneys, as Mitt was offered the chance to run the 2002 Salt Lake City Olympic Committee. At the behest of his wife, Mitt accepted.

Running the Olympics was no small feat – the organization was tainted by allegations of corruption and almost $400 million short of its funding goals. Romney, having attended college at Brigham Young University and being tied to the Mormon church, was seen as a scandal-free choice to run things. Over three years, Romney managed to produce a surplus of funding and helped make the Olympic games a resounding success. He also enjoyed an 87-percent approval rating from locals for his efforts.

Because of his success on the international stage, Romney decided to try his hand at politics. From 2003 to 2007, he served as the governor of Massachusetts but elected not to run for a second term. Afterward, he unsuccessfully ran for the Republican presidential nominee in 2008 but lost it to John McCain. In 2012, he got the nomination but lost the presidency to incumbent Barack Obama. Since 2019, Romney has served as a senator for the state of Utah.