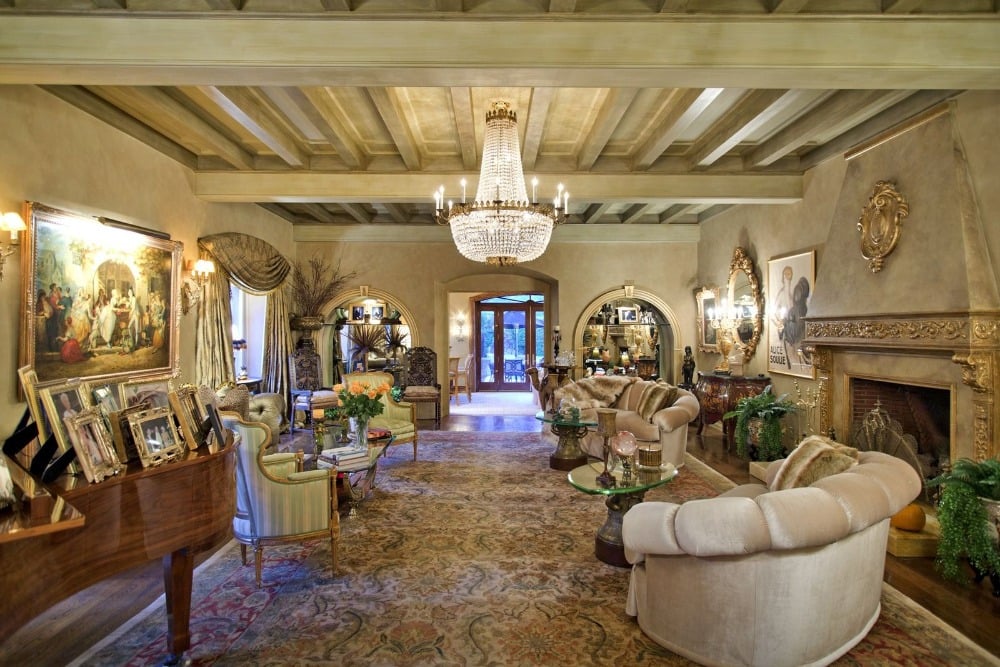 You can own a piece of old Hollywood. A property that encompasses Cary Grant’s pool house is on the market in the Las Palmas area of Palm Springs is on the market for $13 million. The property features a main home and three other residences totaling 15,000 square feet on a four-acre secured property.

When you think of old Hollywood, names like Doris Day, Elizabeth Taylor and Cary Grant come to mind. Now is your chance to own a piece of old Hollywood as Cary Grant’s former home in Palm Springs is now on the market for $13 million.

The home is located on a walled-in parcel of land that has four buildings that total 15,00 square feet. It is made up of the main home and three guest homes (one built for Grant). The parcel has a total of eight bedrooms, 14 bathrooms, three kitchens, four living rooms, and even a climate-controlled garage.

The property is located in the Las Palmas area of Palm Springs with stunning views of both the desert and the mountains that surround the area. The main home was originally built in 1928 for an anonymous heiress from Chicago, who found the solitude she craved within the four walls of the four-acre property.

The property was eventually sold to Cary Grant’s friend, Las Vegas Dunes Hotel and Casino Owner “Kewpie” Rich. After purchasing the property Rich built the “pool house” and added a pool specifically for Cary Grant, his wife Day Cannon, and daughter Jennifer so they would have a permanent place to stay on their frequent visits.

The actor coined his home, Villa Paradiso. Jennifer Grant wrote effusively about the home in her memoir and had wonderful memories of staying there and playing in the lush grounds.

Palm Springs became a haven for the rich and elite from Hollywood and Las Vegas because it was easy to get to from either area. It offered an escape from the hustle and bustle of the big city. Many popular entertainers had homes in Palm Springs including Dean Martin, Elizabeth Taylor, Jack Benny, Bing Crosby, and Walt Disney. Perhaps one of the most famous residents of Palm Springs was Frank Sinatra, known for his lavish parties attended by entertainment as well as political friends and perhaps a mobster or two.

The current owners are Toni Holt Kramer and her husband David. They purchased the property in 2005 for $1.3 million. Toni Kramer herself is steeped in the entertainment industry, having started as a model and ended up a journalist hosting a string of morning and afternoon TV shows including the popular “Talk of the Town” series.
The Kramer’s kept many of the homes’ décor untouched and it is rumored that Grant’s pool house is nearly the same as it was when they lived there.

The Moorish-style main home is 7,500 square feet and harkens back to yesteryear with Hollywood memorabilia throughout. The grand stairway features movie posters from classic movies. It also has numerous murals throughout and checkered floor tiles, which were popular during the bygone era.

The homes all feature 17-inch thick walls to keep it cool from the heat outside. The property has over 100 palm trees and many 80-year old Cypress trees. The Kramer’s kept the landscaping meticulously maintained and the property features meandering trails throughout the property. No home would be complete without the numerous outdoor areas for dining and entertaining well-heeled guests.